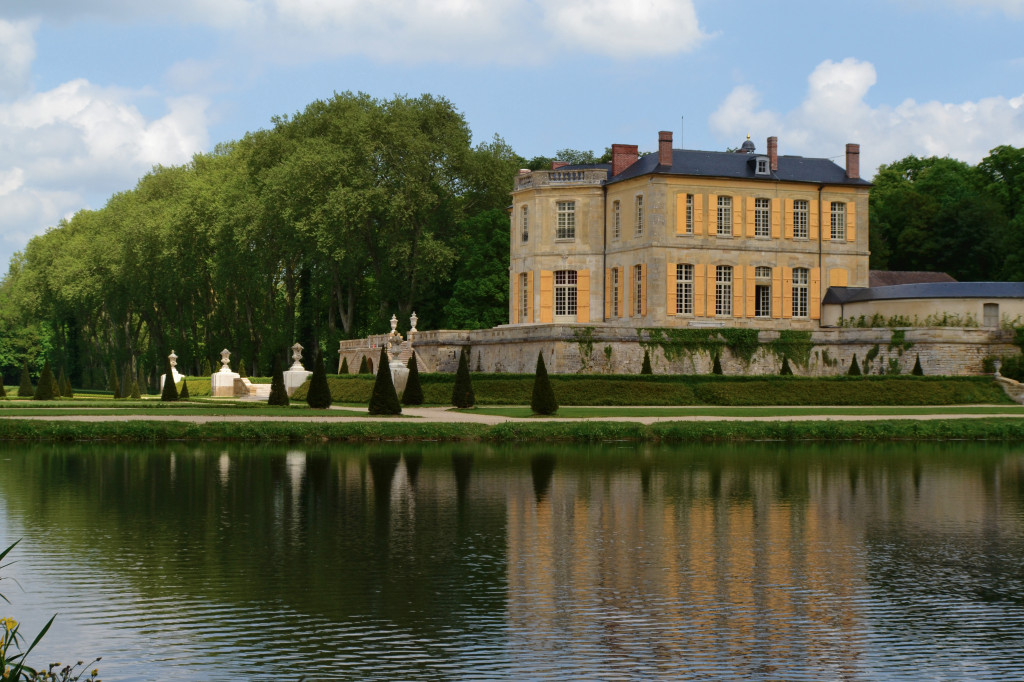 Joie de vivre radiates from the walls of this French château

From its elegant façade to its period interiors, the 17th-century Château de Villette is luxury incarnate – and it’s available for hire at certain times of the year

Forty minutes northwest of Paris, set amid 185 wooded acres, there lies an exquisite treasure trove. In a country boasting more than its fair share of sumptuous château, this 17th-century jewel bears the distinction of being one of the most historically important in all of France. From its octagonal Grand Salon and Grand Staircase to its Music Salon and stately Library, it’s not hard to see why Château de Villette was once dubbed ‘Le Petit Versailles’ – and not simply because its gardens were created by the same designer responsible for those at the former royal residency. Its history begins when the great François Mansart, the most accomplished of all 17th-century French architects (he also has a roof, a hybrid of a gambrel and a hip type, named after him), was commissioned to build a heavenly château for Jean Dyel, ambassador to Italy for Louis XIV. Keeping it in the family, François’ nephew Jules headed the construction project, while André Le Nôtre (gardener to the aforementioned Versailles) took on the ‘lawn’, with its pair of lakes, 16th-century pressoir à vin, cascading fountains, glasshouse and orangery. 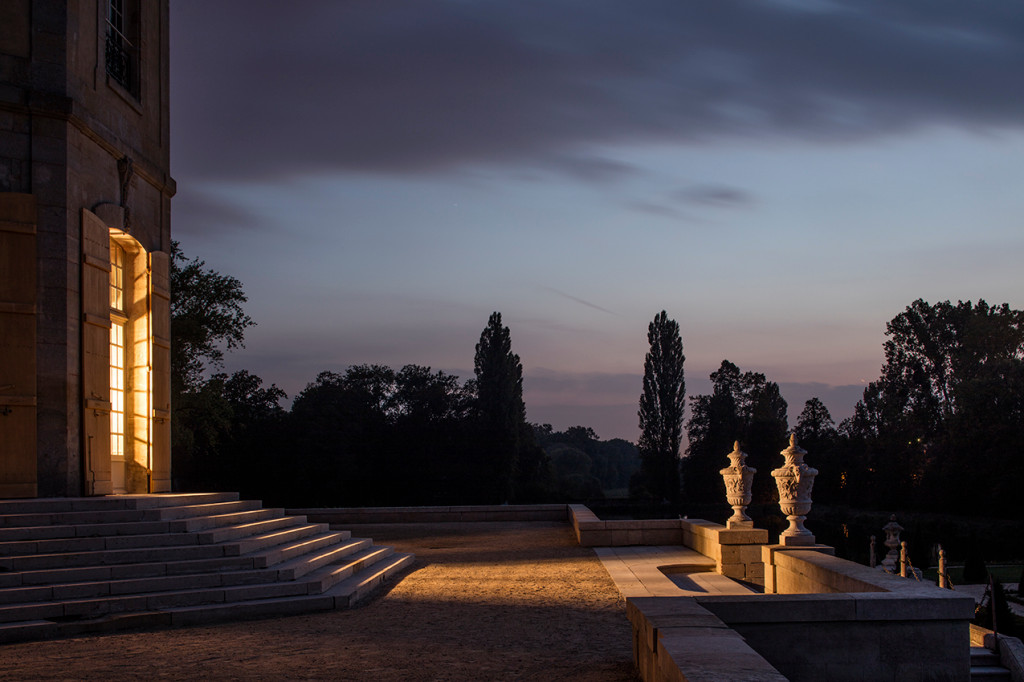 During the 18th century, the château rang with the chatter of Enlightenment heroes such as Thomas Paine, Thomas Jefferson and Benjamin Franklin – friends of ‘enlightened’ cosmopolitan owners such as the Marquis de Grouchy and his politically ‘woke’ daughter Sophie, a pioneering feminist, who in her will asked to be “buried like the poor”.Every inch of the château overflows with priceless antiquity. But there are decidedly modern additions, too. The swimming pool, which initially resembles a paved courtyard, sinks and fills at the touch of a button, like something from a Bond villain lair. Speaking of which, cinemagoers on both sides of La Manche may have spotted the Château in films such as The Da Vinci Code, where it served as the residence for Ian McKellen’s ‘Sir Leigh Teabing’, or in 1961’s Tintin and the Golden Fleece, where it stood in for Marlinspike Hall. 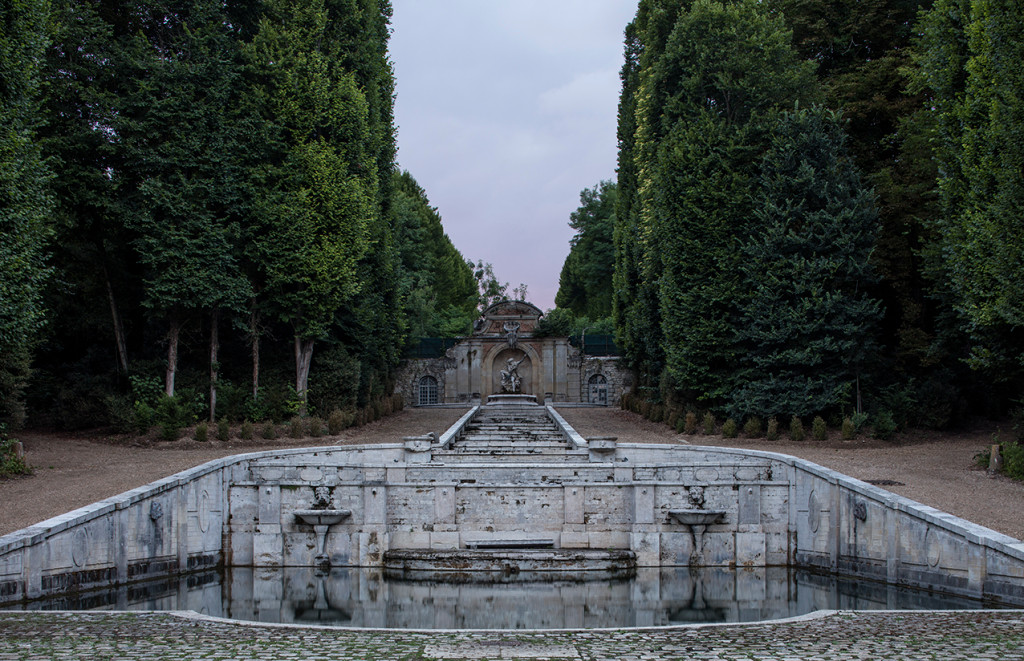 Meanwhile, Tom Cruise rented it as a home for himself and his entourage when he shot the latest Mission Impossible, taking advantage of its 13 deluxe bedrooms and 20 bathrooms.That the Château de Villette continues to enchant is down to the combined efforts of, among other people, the current owners who bought the property in 2011, and who orchestrated a $35-million renovation of the estate. Their passion and integrity, and commitment to historical detail, is astonishing, right down to the sourcing of the onyx bath used by the most famous courtesan in Paris. Other heroes of this story are the chief architect to the Monuments Historiques, Pierre-André Lablaude, and famed French interior decorator Jacques Garcia, whose trademark combination of kitsch and baroque, whimsy and elegance, can be experienced at hotels such as New York’s NoMad and Marrakech’s La Mamounia (not to mention his first London hotel, L’oscar, inspired by the exoticism of Victorian England, and opening in central Holborn this year).

“I like the slowness of things,” says Garcia, who could well be describing the timeless atmosphere of Château de Villette. And the designer has particular form here, having previously spent the best part of two decades renovating the 17th-century Château Champ-de-Bataille and furnishing its salons with period pieces. He dates his fascination for châteaux back to the age of five, when he first began to visit them with his dad in the early 1950s.. 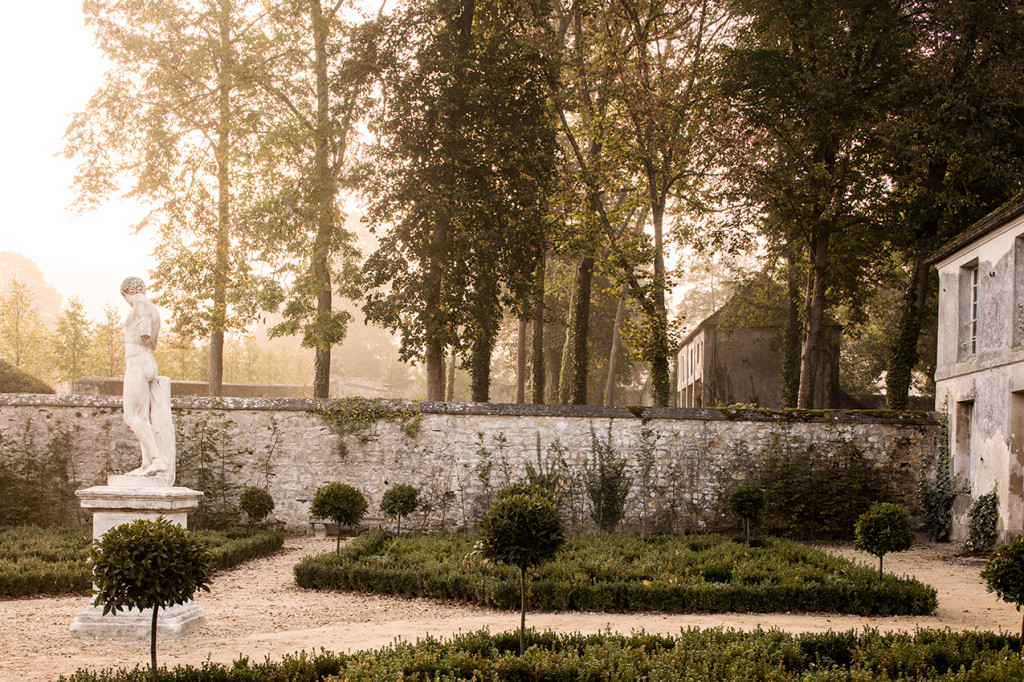 “We travelled from one château to another and I discovered a world I never knew I could be a part of,” he says of a period during which France finally allowed the public to enter these privately-owned palaces. ”I started to feel like this world was actually mine.”

“Over the past 20 years, I have had the privilege of seeing, and selling, some of the most extraordinary properties in the world, but even by the highest standards, Château de Villette is a truly unique property,” adds Alexander Kraft, chairman and CEO of Sotheby’s International Realty France. “It’s not only an important historical monument with a fascinating history, but has also been restored to a level of comfort and perfection that is rare anywhere in the world, be it London, New York, Singapore or Paris. At the same time, it feels neither like a museum nor an over-restored show place, but more like an inviting, tasteful family home – which is a very rare combination indeed.”

For a price, this magnificent property can be yours to rent, too – though what Benjamin Franklin would have made of the wi-fi and helipad is anybody’s guess