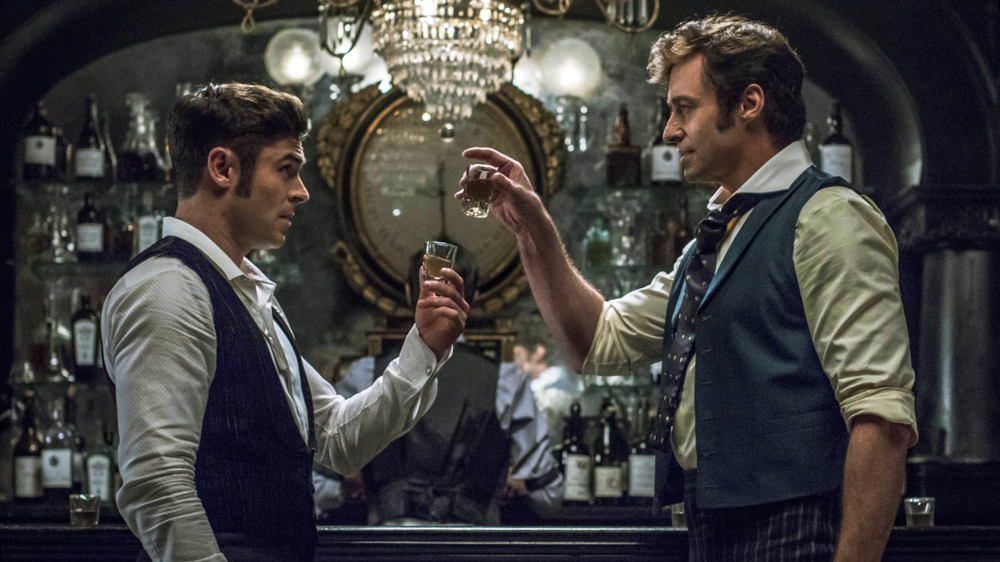 The hit musical’s Brunswick bar has already welcomed Hugh Jackman and Zac Efron—now it’s your turn to take a seat.

Ever since the Cosmopolitan of Las Vegas opened in 2010 it has been making waves in Sin City. Arguably the first resort to capture a hip, seductive vibe that appeals to a younger, well-heeled crowd, it also remains the only property on the Strip where the majority of the accommodations feature a balcony. And over the past couple of years the hotel has made several astute changes that continue to break the mold of traditional Vegas offerings. From its ultra-exclusive Boulevard Penthouses to introducing its ingenious food hall to the area, the Cosmopolitan has effectively maintained its status as the place to see and be seen. Now, they’re ready to add another head-turner to the list.

Arriving this spring, the Barbershop Cuts & Cocktails will combine two elements that’ll undoubtedly attract the most dapper of gents: a handsomely designed grooming parlor and a swanky speakeasy. While the three-chair salon promises to be a premier destination for straight-razor shaves, it’s the Prohibition-era lounge that we’re most looking forward to. Hidden behind a mirrored wall in the front foyer, an unassuming janitor’s door reveals a room decked out with crystal chandeliers, plush couches and a handcrafted bar from the 1800s. But this isn’t just any old bar: Aside from being designed by John Moses Brunswick, this particular gem appeared in The Greatest Showman. Yes, the same one that Hugh Jackman and Zac Efron share a few shots at; the same one Efron dances across in an effort to show up Jackman’s character—just keep that in mind while you’re ordering a drink.

An extensive list of Scotches, whiskeys and bourbons will make up most of the menu, in addition to a selection of craft beers, tequilas and Champagne. And for the luckiest of high rollers, rare bottles of Old Rip Van Winkle 25 Year Old will be up for grabs. As you cradle a tumbler, enjoy tunes from karaoke stars and live bands on Tuesdays and Saturdays, respectively, or DJ sets the nights in between. If you’ve been in search of a way to escape Las Vegas’s fist-pumping nightclub scene, here’s your answer.