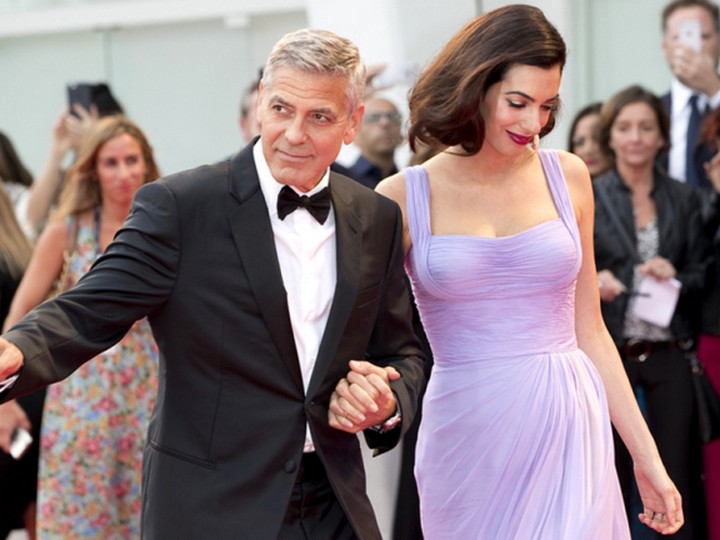 Hotel pseudonyms of the rich and famous

From Sir Binky Poodleclip to Slappy White, these are six of our favourite star pseudonyms and the posh hotels where they’ve been used.

It’s no surprise that celebrities preserve their privacy by checking into hotels with pseudonyms. Beyoncé has used Ingrid Jackson, Tom Cruise goes by Cage Hunt, and Natalie Portman has been known to list herself as the utterly inconspicuous Lauren Brown. But some A-listers concoct more clever monikers: Elton John tends to opt for dirty names — an effort to alleviate the boredom of life on the road — while George Clooney prefers to check in under the name of another big celebrity. Read on for six of our favourite star pseudonyms and the posh hotels where they’ve used them. Elton John’s proclivity for checking into hotels using dirty aliases dismayed his mother, who once complained, “I can’t believe you asked me to ring and ask for Sir Horace Pussy.” The musician claims that he uses the fake names to amuse himself during long and boring stints on the road. Other pseudonyms Sir Elton has used include (fellow knights) Sir Binky Poodleclip and Sir Humphrey Handbag as well as the Marquis of Minge, Brian Bigbun, and Bobo Latrine. Of course, plenty of hotels are happy to humour the superstar. While staying at the Ritz Paris, he was even given stationery printed with his fake name. There’s one hotel, however, where John’s identity is widely known — South Africa’s La Residence has nicknamed its Maharani Suite the “Elton John Suite” after its most famous regular guest. The lavish accommodation even features a signed portrait. Before their relationship was public, a hacked message revealed that Angelina Jolie told Brad Pitt that she was staying at a hotel under the pseudonym Pocahontas. Once the couple went public, however, they coordinated their aliases, checking into the Parker Palm Springs as Bryce and Jasmine Pilaf. Now divorced, Pitt goes by the meaty moniker of Carl Con Carne, while Jolie prefers the sweeter Miss Lollipop. It has also been said that Jennifer Aniston once got a kick out of checking into hotels as Mrs. Smith — a nod to the film on which her then-husband met his future ex-wife. George Clooney has been known to check into hotels as Arnold Schwarzenegger. The star claims to get a kick out of having the hotel staff trade one celebrity’s name for another. When he checked into the Belmond Hotel Cipriani with his wife, Amal, during this year’s Venice Film Festival, however, Clooney skipped the Schwarzenegger bit for something more low-key — but he didn’t keep a low profile when it came to the hotel’s bar. During the visit, he invented two cocktails with the hotel’s head barman: The Buonanotte — a vodka cocktail with cranberry juice, lemon, ginger, and Angostura bitters — was named for his film Good Night, and Good Luck, while Nina’s Special — composed of Prosecco, passion fruit, and elderflower liqueur — was named in honor of Clooney’s mother. George Clooney’s good friend Matt Damon prefers the pseudonym John President simply because he likes the idea of being called “Mr. President.” You can catch him using the alias at one of his favorite hotels, Rome’s Hotel de Russie. Damon raves about the alfresco dining in the hotel’s Le Jardin de Russie, where the Wagyu beef cooked on a slab of Himalayan pink salt is a favourite. Mr. President also regularly takes meetings in the hotel’s Stravinskji Bar, where he often orders the lobster salad with orange sauce. Chris Rock stayed at the Four Seasons Hotel, Washington, D.C. while he was researching and writing his directorial debut film, Head of State. The comedian checked in as Slappy White, an African-American comedian who worked with Redd Foxx on the so-called chitlin’ circuit that introduced black entertainers to predominantly white audiences during the 1950s and ’60s. Jerry Seinfeld spoofed his friend Rock on an episode of Seinfeld, too: When Jerry’s parents complain that they couldn’t reach him at his hotel, he replies, “Well, I can’t stay under my own name. I was registered under Slappy White.” Jon Bon Jovi is a regular at London’s Savoy hotel and has done several interviews there over the years. His hotel pseudonym is always Stanley Kowalski, a nod to Marlon Brando’s working-class character in Tennessee William’s A Streetcar Named Desire. During one interview, Bon Jovi referenced his blue-collar background, gesturing toward a woman in the Savoy bar and saying, “The opulence of this hotel is fantastic, but don’t think that young lady over there doesn’t have a completely different story than what’s in this room. And don’t think that I didn’t come from that same place, too.”