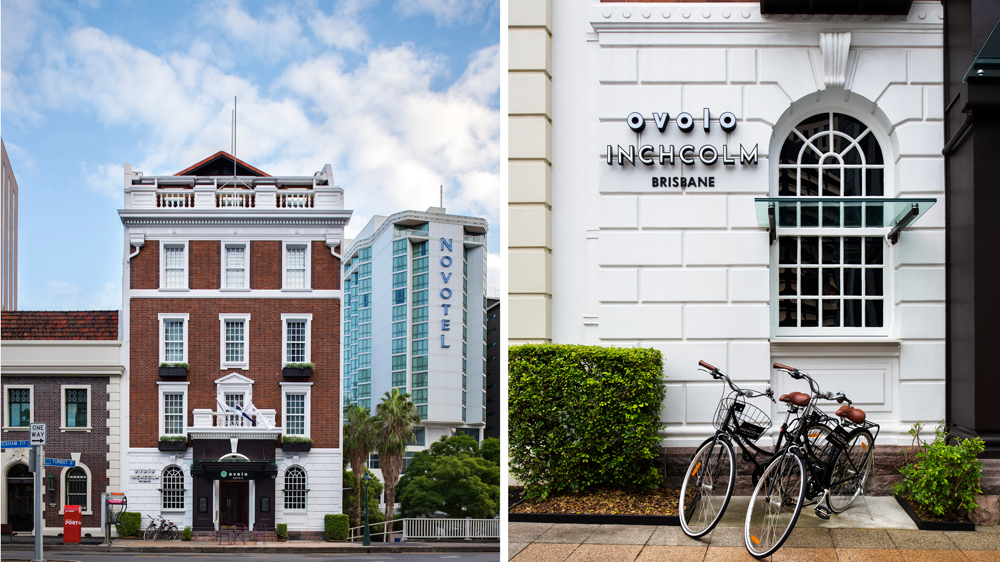 The Ovolo Inchcolm looks like a staid, historic hotel from the outside, but there’s a world of surprises inside.

Hong Kong–based hospitality brand Ovolo has made a strong push into the Australian market in recent years, acquiring an astonishing six properties in the Land Down Under since 2016. Its newest hotel, the Ovolo Inchcolm, is the company’s second in Brisbane—which also welcomed the W Brisbane earlier this year—joining the Valley Brisbane, which will relaunch as Ovolo the Valley in November. 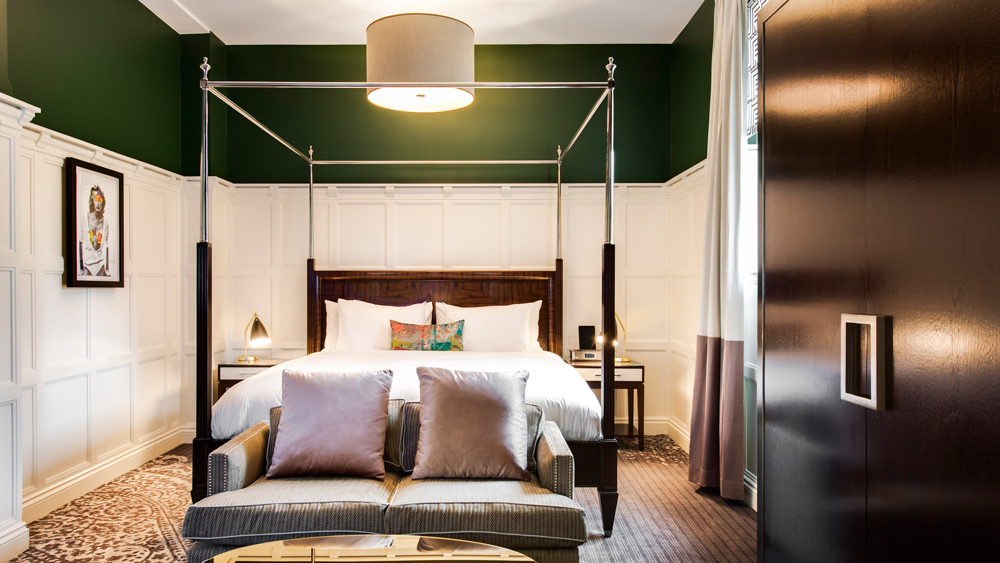 The Inchcolm’s neo-Georgian facade speaks to the property’s history, which dates back to the 1880s when the site was occupied by a residence that was later developed into a medical facility in the 1920s. Inside, the decor straddles the line between vintage and modern, blending elements and styles from the property’s heyday—such as the art deco–inspired terrazzo—with playful modern elements typical of Ovolo’s signature aesthetic. 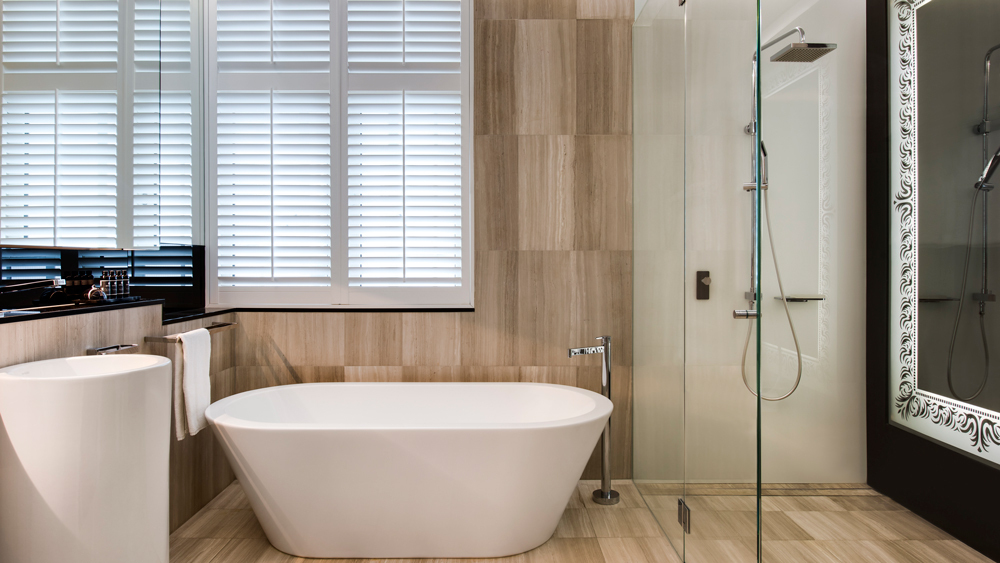 The public spaces are filled with colour (floral murals adorn many walls) and eclectic, aspirational artworks and knick-knacks. For instance, Inchholm’s Salon de Co restaurant is outfitted with a number of elements that recall the building’s medical history. We even spotted a bowling pin sitting on a shelf—you know, typical restaurant stuff. But once again, such irreverence is balanced by a distinct appreciation for the past, as embodied by the hotel’s original 1928 elevator, which was given a new motor, restored, and reopened for guest use. 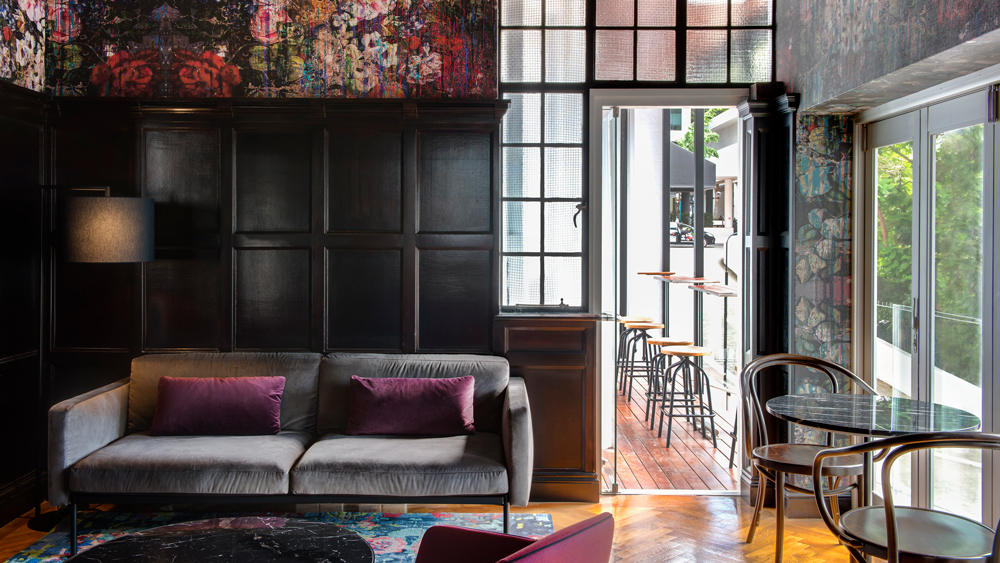 The hotel’s 50 guest rooms are more subdued in tone than the public spaces, but splashes of bold color and art ensure that each room has personality. The airy I Loft split-level suites are located on the top floor and earn their claim to fame by affording expansive cityscape views through floor-to-ceiling windows. The Thompson suite, on the other hand, takes inspiration from classic Hollywood and is equipped with a four-poster king bed and custom wood finishes. 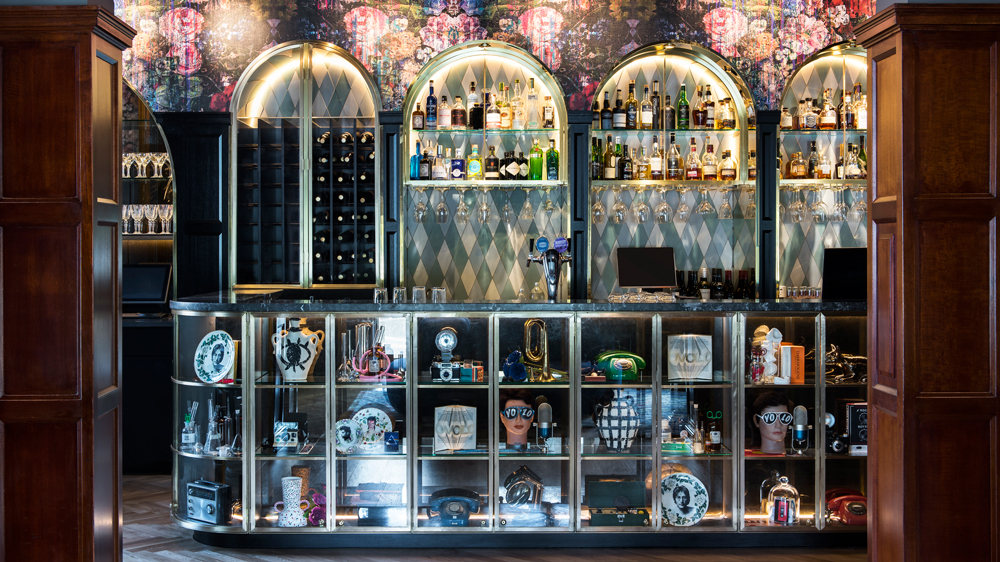 The Ovolo Inchcolm is perhaps best summed up by the eclectic collection of bizarre, random, and historical tchotchkes on display in the foyer’s aptly named Cabinet of Curiosity. This is a hotel that’s meant to be explored and its hidden gems uncovered—and that’s fair dinkum by us.

Travelling to Brisbane? Book your next stay here.