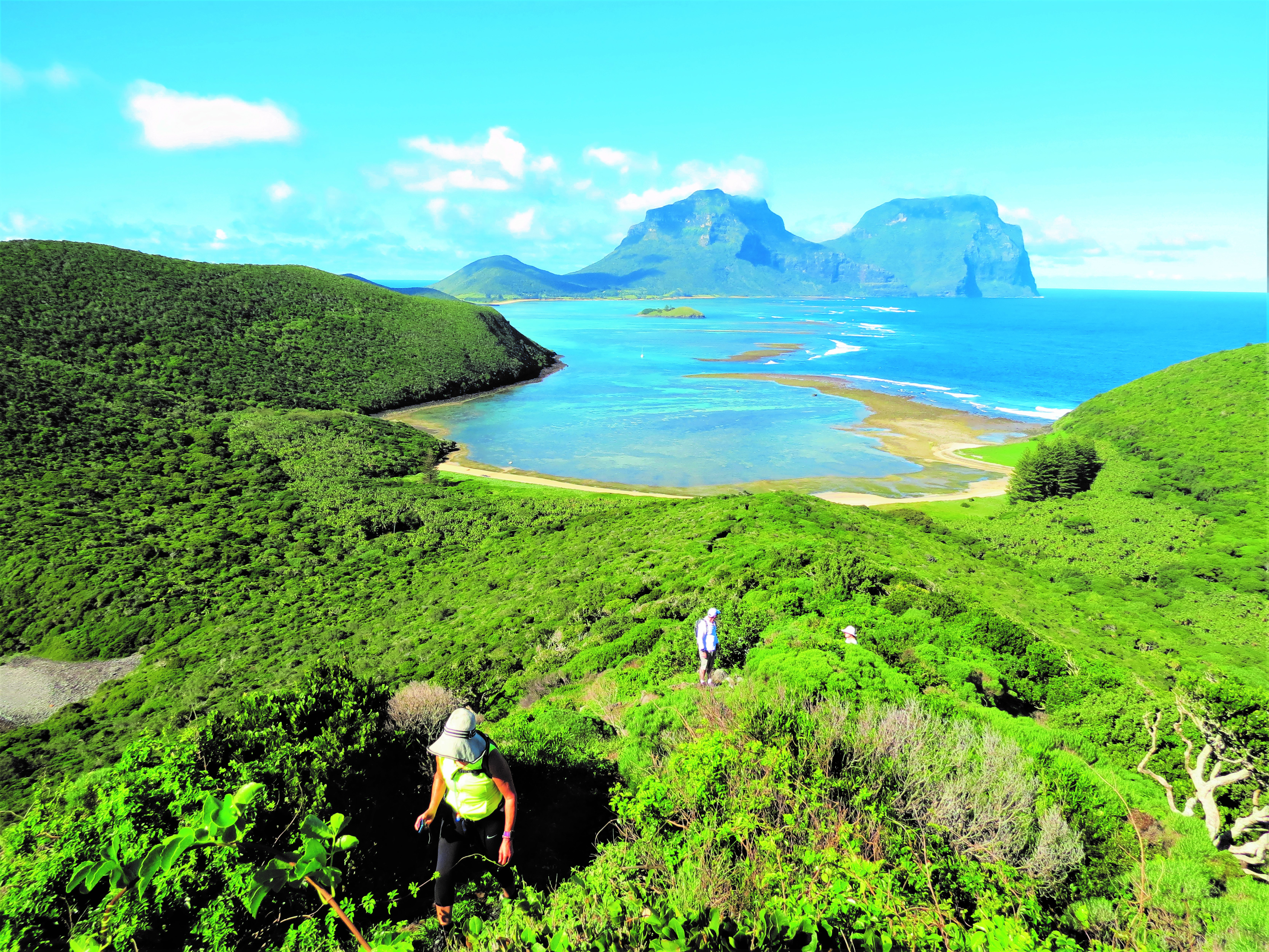 Have a digital detox at Lord Howe Island

Its inception may have been small potatoes, but an award-winning Lord Howe Island retreat has been welcoming guests for over 120 years.

Run by the same family for more than six generations, the ancestors of current owner Dani Rourke arrived on the tiny island around 600 kilometres off the NSW coast in 1842. They purchased this piece of land for the princely sum of two tons of potatoes in 1848 and opened Pinetrees to guests in 1893. Since taking over in 2011, Dani and her husband, Luke Hanson, have transformed the lodge into a true luxury retreat, renovating the rooms and suites and restoring the historic central lodge built in the 1890s.

The greatest transformation, however, has been in the dining room where the nightly four-course meal is prepared by chefs lured to the island from hatted restaurants such as Bilsons, Aria and Fins, and offers an unexpected level of fine dining. 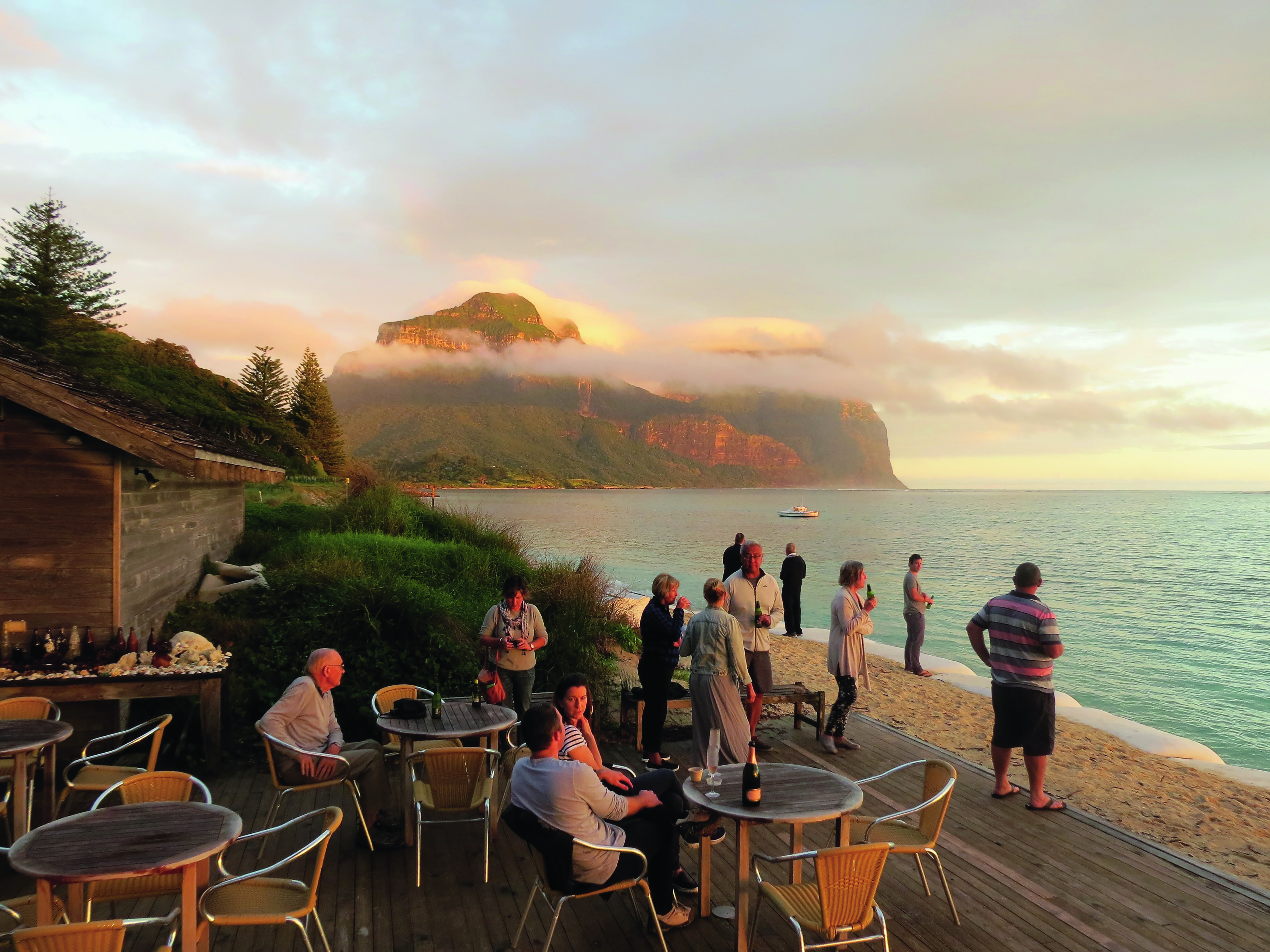 What hasn’t changed is the relaxed, family-friendly, home-away-from-home culture that has guests returning year after year, for decades. Offering the rare chance to really switch off from the outside world – there is no mobile phone coverage on the island and no wi-fi in the lodge – travelling to Lord Howe can feel like stepping back in time. The entire island is World Heritage-listed and visitor numbers are tightly capped. Proudly crime-free, its resorts have a no-key policy.

Meanwhile, surfboard, wetsuit and snorkel hire – and even drinks at the island’s best sunset bar (aka Pinetrees’ boatshed) – is by honesty box. There are no traffic lights, indeed, no traffic. Everyone gets around by bicycle and everyone waves. (Visitors are the ones who haven’t quite mastered the art of waving and pedalling at the same time). There are no high rises, and in fact, sometimes it’s difficult to see the buildings at all, hidden among the kentia palm forests. Activities are appropriately low-key, like snorkelling straight from the beach on the world’s most southerly coral reef, swimming with sea turtles and feeding kingfish as they swim around your ankles, golf, bushwalking, and picnicking beside the lagoon.

Choose a beach and Pinetrees staff will drop an Esky full of salads, meat and fish ready for you to cook – returning later to pick it up. Pinetrees also runs themed events – wellness, photography, food and wine with celebrity chefs, and ocean swim weeks with Ironman legend Trevor Hendy – and a five-day Seven Peaks Walk. Part of the Great Walks of Australia collective of luxury guided walking holidays, hikers climb all of Lord Howe’s volcanic peaks, coming back to the lodge each day in time for afternoon tea and cake, or a glass of bubbly on the boatshed deck. It’s an exclusive adventure tailor-made for those who enjoy a challenge, but like their beds soft and their food five-star.