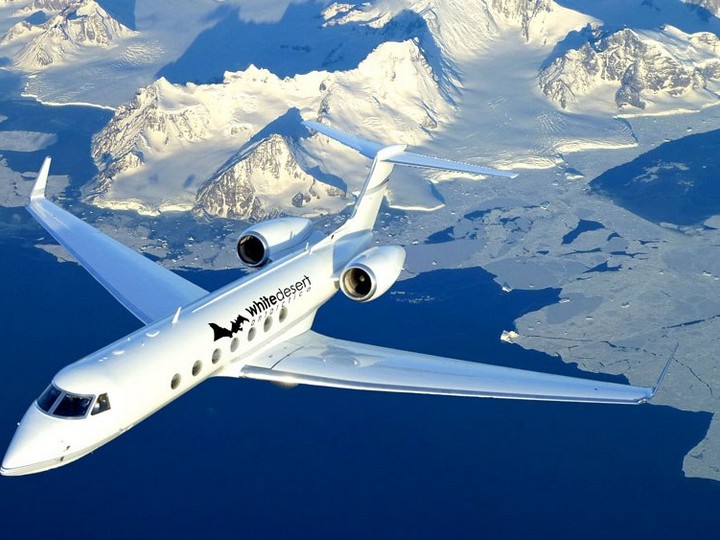 From Cape Town to Antarctica in a private jet

Crossing a visit to Antarctica off your travel bucket list is about to get a whole lot easier — and much more luxurious.

Dying to see some emperor penguins in their natural habitat? Crossing a visit to Antarctica off your travel bucket list is about to get a whole lot easier — and much more luxurious.

White Desert, which has been helping well-heeled adventurers experience Antarctica since setting up its eco-luxe camp on the icy continent in 2006, has just announced that it will be launching an exclusive private-jet service to whisk guests from Cape Town, South Africa, to Antarctica in a 12-passenger Gulfstream jet for eight-, four-, and single-day itineraries. The Gulfstream will make its maiden voyage to Antarctica in November, flying guests nearly 4050 kilometres over the ice packs of the Southern Ocean before landing on a specially prepared blue ice runway at the base of Wolf’s Fang mountain. While onboard the plush private jet, guests will be treated to a selection of delicacies that include sushi, wagyu beef tartare, and cocktails garnished with thousand-year-old glacial ice from Antarctica. The signature eight-day Emperors & South Pole adventure ($US78,000, or $A99,300, per person) is the ultimate way to experience the rugged continent. After touching down at Wolf’s Fang and regrouping in one of Wichaway camp’s six luxuriously outfitted, heated fiberglass sleeping pods, guests will make a two-hour trip up the dramatic coastline to visit a colony of 6000 emperor penguins and their newly hatched chicks — a sight not often witnessed by humans. From there, guests will spend days trekking across glaciers and through ice caves before closing the trip with a six-hour flight to the geographic south pole. The Greatest Day excursion ($US195,000 or $A248,200 per 14-person round trip) offers guests who are pressed for time — or simply aren’t up to spend more than a few hours in subzero temperatures — a way to experience the beauty of the continent. For the 2017/2018 season, White Desert has teamed up with Cape Town’s beloved Ellerman House to whisk guests to Antarctica and then back to the ultra-luxe hotel in less than 24 hours. Whether the trip lasts for nearly a week or just one day, each White Desert excursion is guaranteed to be carbon-neutral — working to ensure that the wild continent remains as pristine as possible.