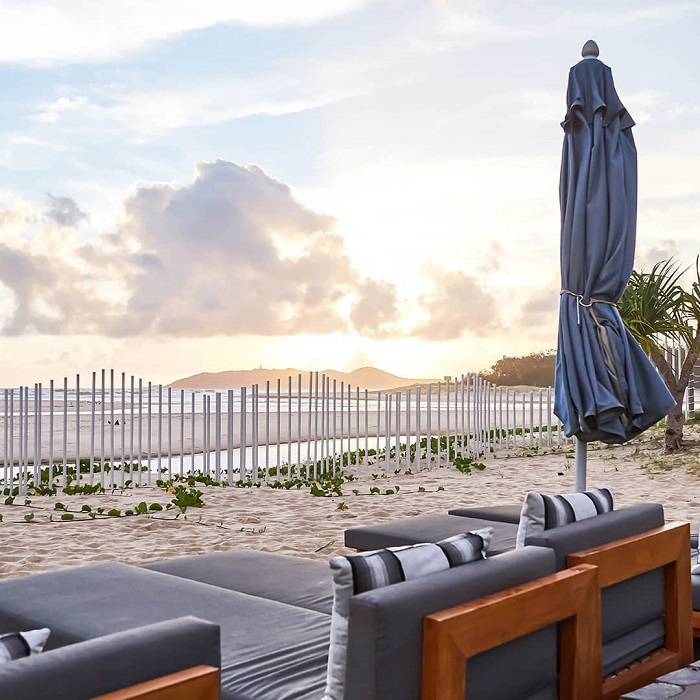 Far from the madding crowds, get sand between your toes at Elements of Byron

All those celebrities can’t be wrong.

The stunning infinity pool that winds through the resort is still one of the star features – along with the poolside sunken firepit – but it’s now heated, for year-round pool parties. There’s also a new adults-only heated pool with swim-up bar and a new children’s playground. 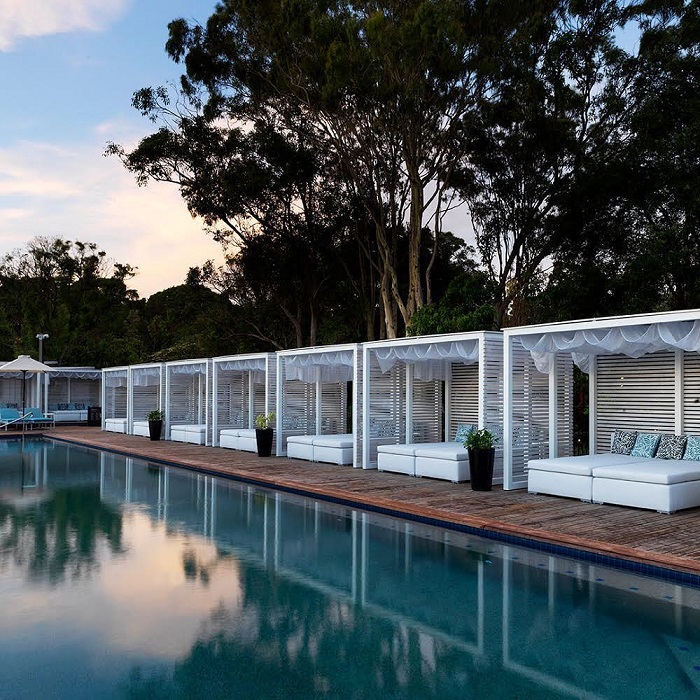 Executive chef Simon Jones, who trained under Raymond Blanc and was head chef at Marco Pierre White’s Michelin starred L’Escargot, heads up a new team in the kitchen and is reinventing the concept of “really casual fine dining”. Much of the ingredients Jones uses in the kitchen will be grown on-site, in gardens that are part of a sustainable living Eco Education centre.

There are now five dining outlets, including the private Beach Club on the sands of Belongil Beach. Elements is still the only beachfront resort in Byron Bay, but getting into the town centre will now be a lot more fun. Ride one of the resort’s new solar-electric bicycles, or take the world’s first completely solar-powered two-carriage train, operated by the not-for-profit Byron Bay Railroad Company, that runs along the historic coastal track that links the North Beach to the township