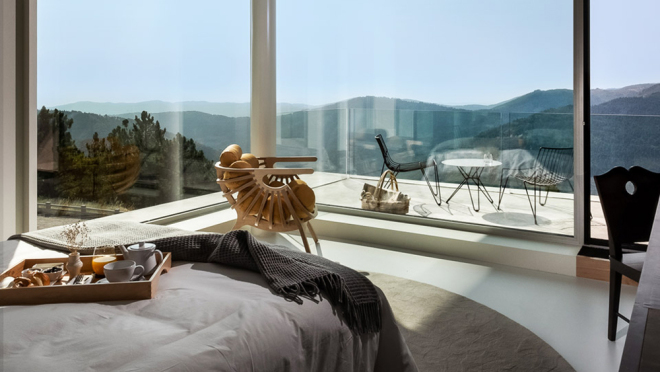 Casa de São Lourenço has us heading for the mountains

The high-design new hotel is located in the heart of Portugal’s stunning Serra da Estrela Mountains.

As Portugal’s reputation as a must-hit travel destination continues to rise, hotel development across the country has blossomed, too. While cities like Lisbon and Porto, as well as pristine seaside areas like the Algarve, typically snag the biggest names, we’re thankfully beginning to see hoteliers invest in previously overlooked locales. An excellent example? The brand-new Casa de São Lourenço, the only five-star hotel in Serra da Estrela, the largest mountain range in continental Portugal.

This beautiful and rustic area, located between Lisbon, Porto, and the eastern border of Spain, has not been the most sought-after stop on most foreign travelers’ European itineraries—though we’re willing to bet the opening of this luxury hotel might change people’s minds. The property features 21 gorgeously appointed rooms (four are suites) tucked inside a 70-year-old pousada, a type of traditional Portuguese bed & breakfast. These days, most of the country’s pousadas are historic hotels in structures that once held convents or a schools, but this one, originally designed by celebrated national architect Rogério Azevedo, was one of the very first purpose-built pousadas, created specifically to represent the Portuguese perspective on hospitality. 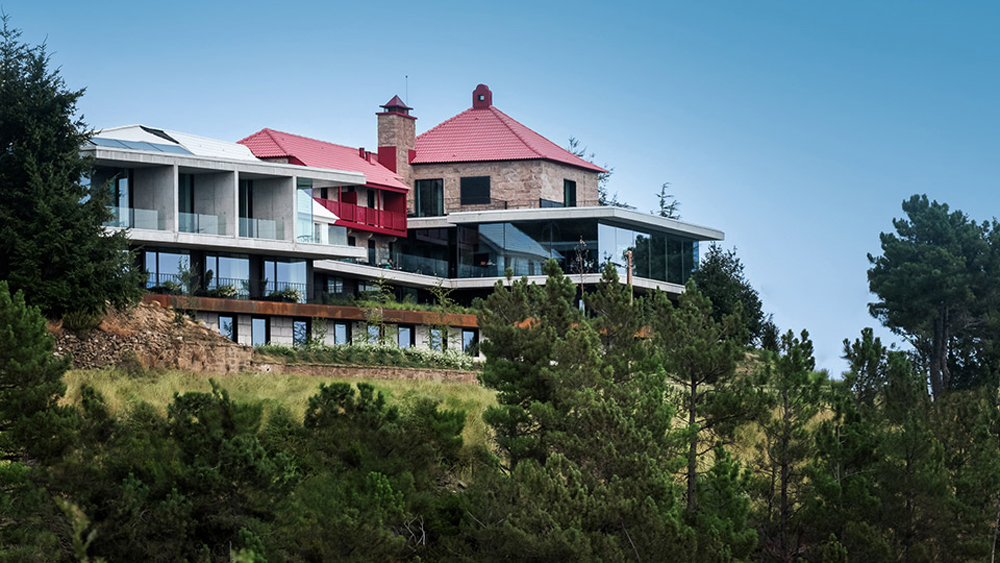 The hotel is nestled high in the lush mountains.
Photo: Courtesy of Casa de São Lourenço

Sitting 1200 metres above sea level with nothing but picturesque mountain panoramas all around, the transformation of the Azevedo’s pousada into the gleaming, modern hotel it is now was inspired by the Serra da Estrela region itself. Materials used throughout are intentionally natural (expect lots of wool, wood, and concrete) to make the property feel like an authentic extension of the mountains. Beyond that, the hotel doesn’t let you forget for a second where you are: every room has spectacular views of the mountains; there are panoramic floor-to-ceiling windows in the restaurant, where chef Manuel Figueira focuses on reinterpreting regional classics; and the spa offers facials and massages that use oils made from herbs foraged in the surrounding wilderness. 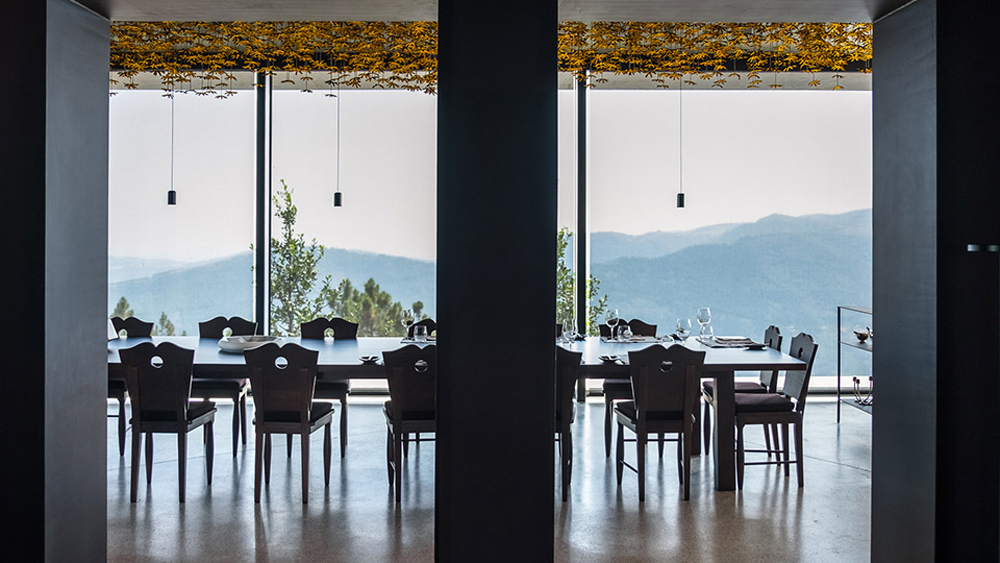 In addition to rooting guests to the environment, Casa de São Lourenço features Portuguese-produced products at every turn. Rooms feature sculptural shell-shaped chairs by Lisbon-based designer Marco Sousa Santos, the black pottery from Molelos near Viseu is tucked throughout, and those locally-minded meals are served on glazed ceramics from Grestel, a 20-year-old company from the tiny town of Vagos. But a true focal point of the property’s connection to Portuguese traditions is the use of burel, a thick wool historically used by local shepherds to warm up during the winter. The company that oversees Casa de São Lourenço, Burel Factory, has been instrumental in reviving the production of this textile, and discovering how to use it in more contemporary ways. They have design shops in both Lisbon and Porto, and the factory where the burel is produced is not far from the hotel in the town of the Manteigas. The extraordinarily versatile fabric has been used throughout the hotel as a decorative element in just about every room. The baroque-inspired three-tone panels on the walls of the smoking room and the stunning explosion of yellow, orange, and black burel stars that hang over the restaurant being two particularly beautiful examples of tradition made fresh.