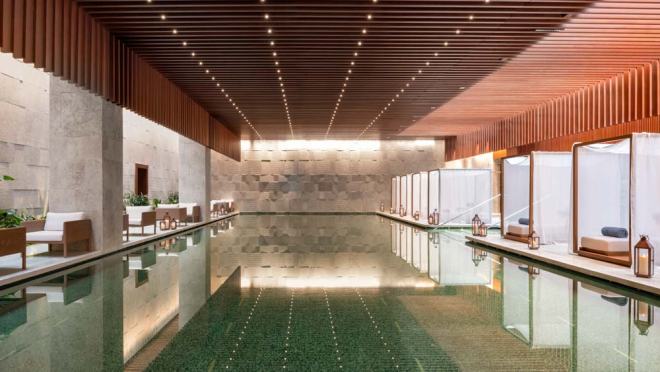 It’s a balmy day in Shanghai and the Pudong skyline is glittering in the distance like a scene from a futuristic film. Directly opposite, divided by the Huangpu River, lies a scene from a bygone era: The Bund, a strip of European architecture that echoes the city’s opulent pre-war years.

The dramatic juxtaposition of the past and present defines the aesthetic of China’s most dynamic metropolis – and there is no better place to take in the view than atop the newly unveiled Bulgari Hotel.

“Shanghai is one of the most vivacious cities in the world,” says Bulgari’s CEO, Jean-Christophe Babin, from the hotel’s palatial 47th-floor restaurant. “It’s a must-see destination in terms of energy, history, and culture, and those are the cities where we find our gems.” Babin lovingly refers to Bulgari’s expanding hotel portfolio as a “collection of gems,” in tune with its jewellery-making origins. 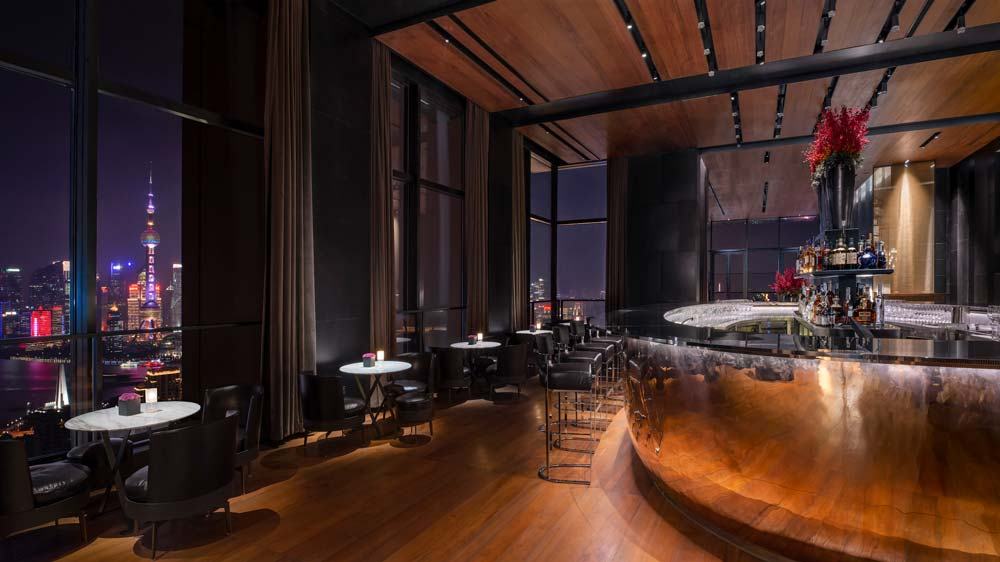 “The theme for this gem is contemporary glamour,” he explains, amidst the monochromatic backdrop that distinguishes Bulgari Hotels around the world. It’s a fitting concept for the hotel that comprises a sleek 48-story monolith towering over the neoclassical Chamber of Commerce—a relic from 1916 that has been delicately restored to its former glory.

“The building is one of the few remaining historical landmarks of the 20th century,” explains Babin, who is enthusiastic about fusing Bulgari’s brilliance with Shanghai’s storied heritage.

Italian architectural firm Antonio Citterio Patricia Viel was responsible for renovating the iconic building (the firm was also behind Bulgari’s hotels in Beijing and Dubai), imbuing the hotel with a unique vision of la dolce vita with polished public spaces that are enlivened with archive photographs and flashes of starlets in dazzling jewels. 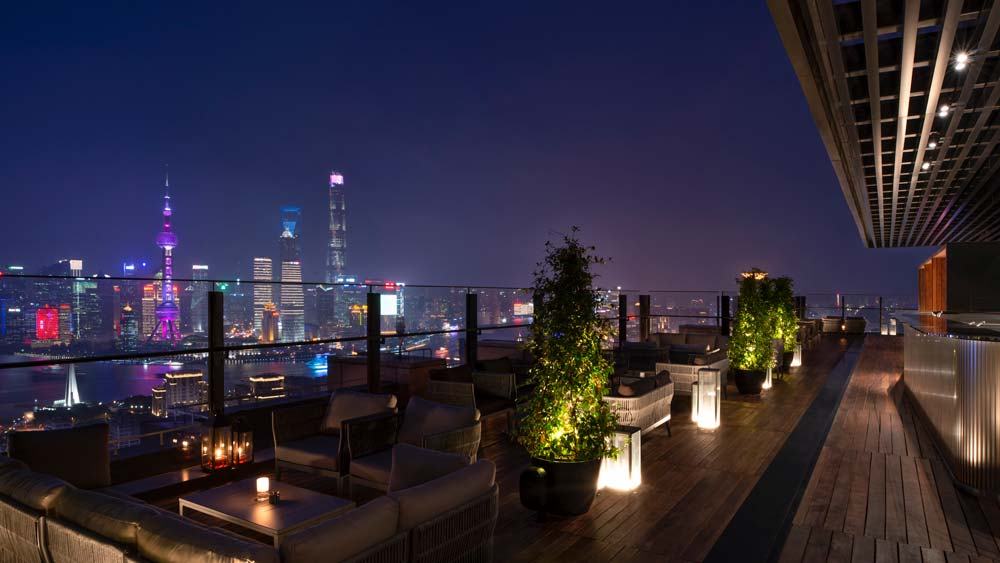 Understated elegance flows into the 82 rooms and suites, the sprawling spa and indoor pool, the artisan chocolate boutique, and the soaring dining options, which include the Il Ristorante by Michelin chef Niko Romito (whose Il Reale restaurant in Castel di Sangro, Italy, was voted 36th on the World’s 50 Best Restaurants list for 2018). As with all of Bulgari’s hospitality endeavors, the hotel is destined to become a vibrant part of the city’s social fabric, where sophisticated locals mix with well-heeled travellers.

As Bulgari moves its local presence beyond product and into experience, it’s clear that a new era of glamour has arrived in Shanghai. The city’s rapid pace of change is indicative of China’s rising global influence—but the commercial capital is also gaining status as a cultural mecca that is becoming more enchanting and cosmopolitan, one skyscraper at a time.