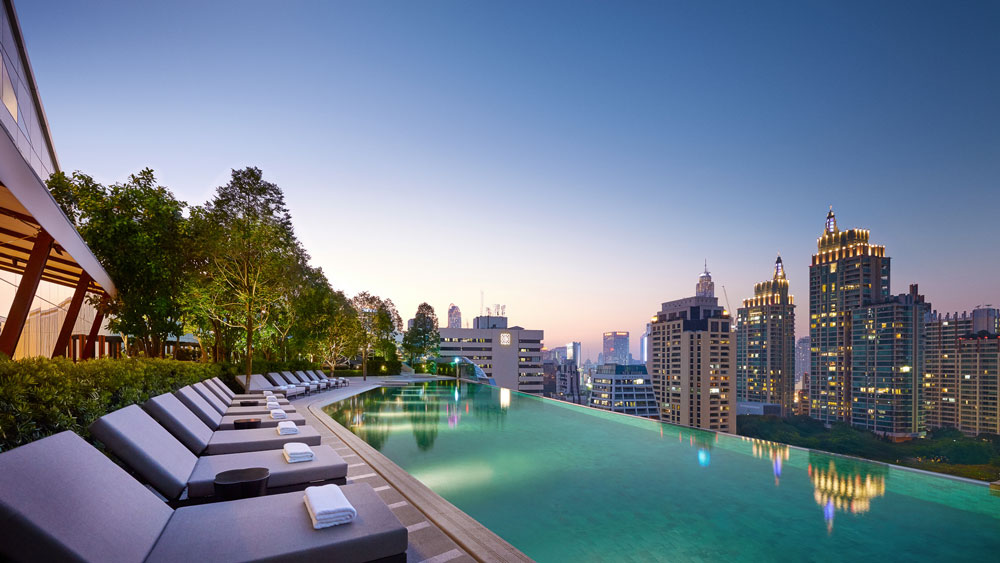 Frenetic, noisy, colourful Bangkok is quite the scene. But the capital of Thailand has a sophisticated side, too. And now that the city has been awarded the illustrious distinction of having its own Michelin guide, it’s officially the new Asian city for foodies. Of course there’s more to Bangkok than gastronomic adventures: The vibrant destination is in the midst of a cultural boom, too, with new shops and classic hotels paving the way to paving the way for busy, beautiful, bustling Bangkok’s next act. Read on for the best restaurants, shops, and hotels the city has to offer. 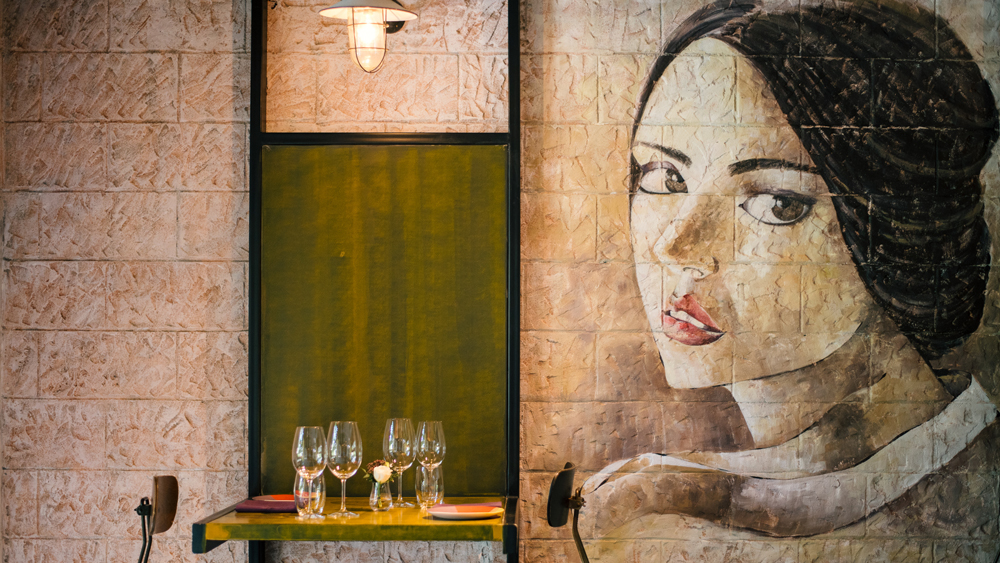 With Michelin storming into Bangkok, the options for fine-dining have never been more exciting. But there’s more to this city than stars, the guide has given plate and food nods to classics all over town, from traditional outposts serving unadulterated local favourites to innovative newcomers bringing influences from around the world to the ever-blossoming food scene. Here, a shortlist of our Michelin favourites, covering a variety of cuisines.

Gaggan
The showplace of the inventive Indian-born chef Gaggan Anand, Gaggan is a two-star restaurant often described as progressive Indian—but such a portrayal is far too limited if you ask us. Gaggan’s 25 bite-size courses are as whimsical as they are delicious, described on the menu with a series of emojis that depict the prominent ingredients. It’s theater as well as gastronomy.

German Sühring
Named after its two chefs, twin brothers Matthias and Thomas Sühring, the lauded German Sühring is one of the most popular in the city for its critically acclaimed modern German cuisine, served in eight- and 12-course menus. Unlike the food, the setting is downright simple: The one-Michelin-star restaurant is set within an old townhouse in the quiet neighbourhood of Khwaeng Chong Nonsi.

Paste Bangkok
An exceptional bastion of Thailand’s own cuisine, Paste Bangkok is a one-Michelin-star restaurant known for its classical interpretations of rediscovered recipes. Helmed by the chef couple Jason Bailey and Bee Satongun, the menu is full of Thai pride, from the produce sourced from local growers to dishes like the crispy pork leg that utilize centuries-old cooking techniques.

Gaa
Though Gaa received only a plate in Bangkok’s first Michelin guide, the restaurant is worth mentioning for Chef Gorima Arora’s personal and hard-to-classify dishes blending various Asian styles with her native Indian cuisine. Plates like duck-curry-filled cumin doughnuts and pork ribs with pomegranates thrill the palette in the restaurant’s 10- and 14-course tasting menus. Arora—who is an alum of Copenhagen’s Noma and Gaggan (Anand is one of her backers—is aware that she’s hardly alone as a newcomer on the scene. “It seems like a new restaurant opens every second day,” she says. “When the dust settles, I hope that we become trendsetters, not trend followers, the next culinary spot for ideas.” 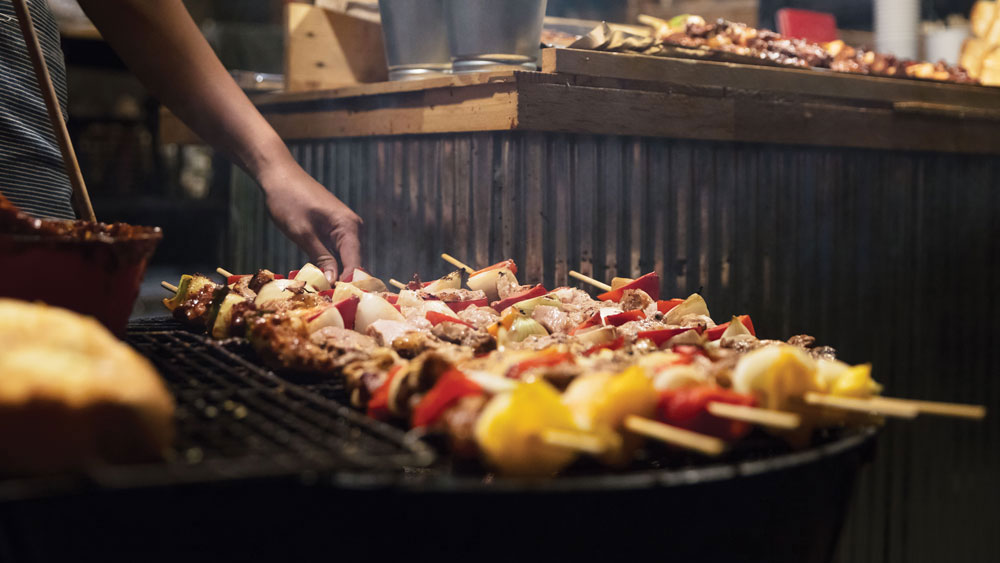 Bangkok is known for its bustling street food scene with stalls and sidewalk kitchens turning out a multitude of inexpensive yet mind-blowing local dishes, from as pad Thai kung (noodles with shrimp) to crab curry. Stalls pop up throughout the city but one of the densest concentrations, and highest quality groupings, is along Yaowarat Road in Chinatown. Here’s our shortlist for the best immersion into the local scene.

Raan Jay Fai
Just north of Chinatown near the temples and Grand Palace in the Old Town, Raan Jay Fai was a local legend long before she was awarded a Michelin star last December. While the 72-year-old chef—known for wearing goggles while working the pans over flames—was pleased with the accolade at first, she has since lamented the long lines that wrap around her stall. And so do her fans: The wait for her crab omelettes and curries can be several hours. Still, it’s worth it.

Thipsamai
Next door to Jay Fai, a long line also forms at Thipsamai where the “superb pad Thai” of noodles and deep sea prawns wrapped in egg is the city’s most famous rendition of the classic dish.

Kwaytiew Lot
This unassuming cart on Yaowarat Road in is named after its specialty dish: A straw noodle wrap filled with bean sprouts, bamboo shoots, mushrooms, Chinese celery, and ginger, and covered with a savoury black bean sauce. 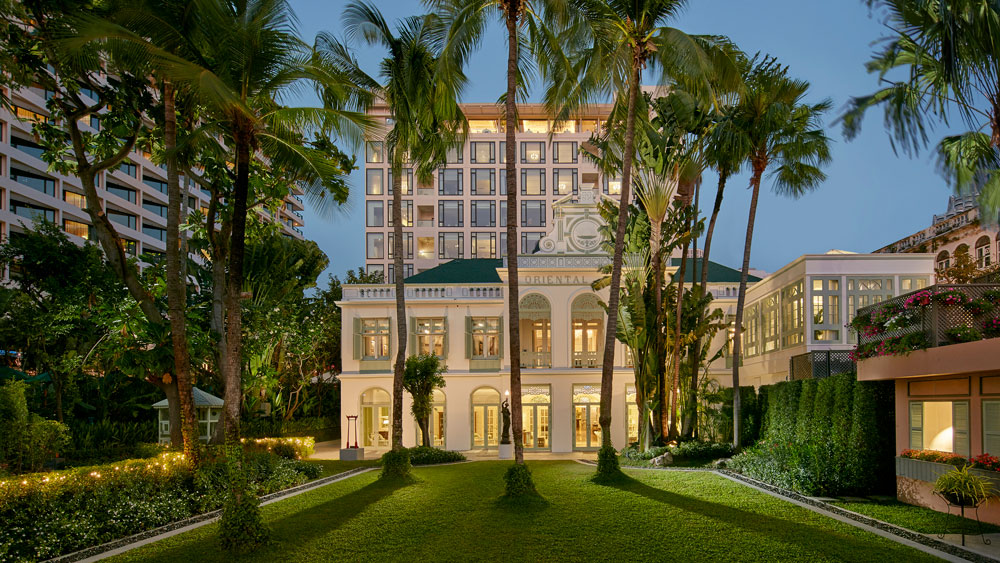 Bangkok has been a city of hotels since 1876, when the Mandarin Oriental Bangkok opened its doors (then called the Oriental). Since then, hotels big and small have found ways to elevate the overnight scene. These are the places to call your home away from home.

Mandarin Oriental, Bangkok
The 142-year-old grande dame recently renovated its Garden Wing, sealing its longtime reputation as the place to stay. But what you really come to Mandarin Oriental, Bangkok for is the history: Thai fabrics and teak furniture give a sense of tradition in even the newest rooms, and the afternoon tea is a longstanding custom of the local elite. Don’t miss the French restaurant La Normandie, which was award two Michelin stars in the city’s first guide.

The Siam Hotel
The 39-room Siam is the most intimate, serene, and exquisitely furnished hotel in town, thanks to its owner’s antiques and art collection, which fills every nook and cranny. Set on the edge of the Chao Phraya River, it’s a tranquil oasis, yet only minutes by tuk tuk to the bustling city markets.

The Park Hyatt Bangkok
Another newcomer as of 2017, the Park Hyatt is set within a swirling architectural marvel of a building, and features 222 sleek rooms in prime position within the central business district. 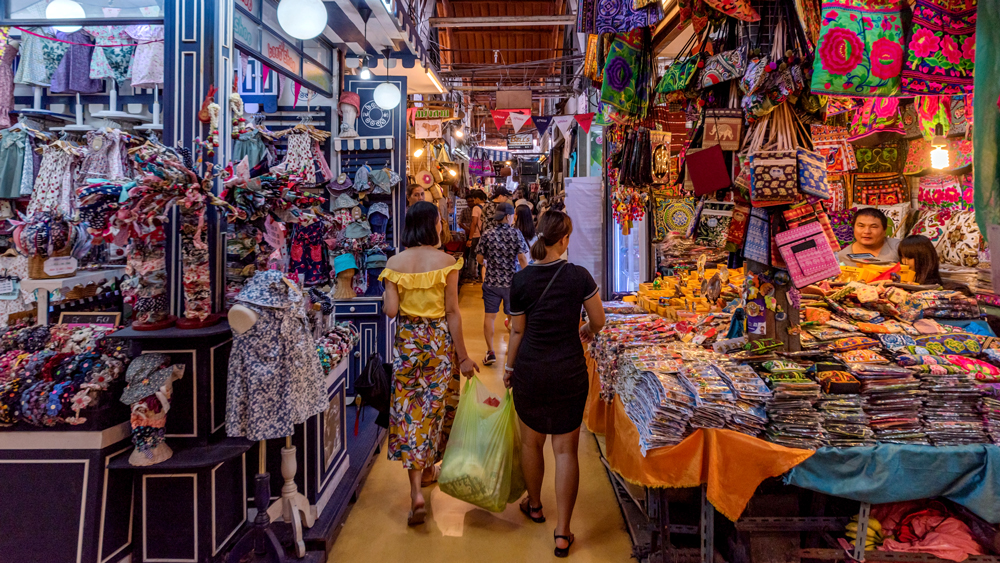 While Bangkok isn’t quite a shopping city on par with Shanghai or Hong Kong, it does have its specialties. From silk weavers to tailors, there’s a secret collection of artisans ready to craft a bespoke souvenir. Here are our favourites.

Jim Thompson
Jim Thompson is the marquee name for readymade silk clothing and home products named for the American businessman who helped to revitalize the Thai silk industry in the 1950s and ’60s. The company has several shops in town including a small one inside the complex of the Jim Thompson House, a museum and former residence of the made himself. The shop with the largest selection, however, is at 9 Surawong Road in the Silom neighborhood.

Almeta
Almeta may not be able to match Thompson’s fame, but this atelier specializing in handmade silk is exceptional—and expansive. Everything you see in the shop can be ordered in literally 1,000 different colours.

Rajawongse Clothier
There are dozens of custom tailors in Bangkok but none as highly skilled as Jesse and Victor Singh, the father-son duo behind the acclaimed Rajawongse Clothier. The fabric selection (mostly European) is as impressive as the client list, which includes several U.S. presidents and other international dignitaries. It takes three days for a shirt, and a week for a suit.

Chatuchak Weekend Market
Bangkok’s markets can be a nightmare to navigate, but the one that’s worth the hassle is the Chatuchak Weekend Market. For antique lamps and vintage silverware, head to stall 22-26; tabletop is in sections eight, night, and 17; and custom artworks (the best of which are at Pariwat Studio) can be found in section seven. To navigate it all, we suggest booking a private guide through your hotel’s concierge.