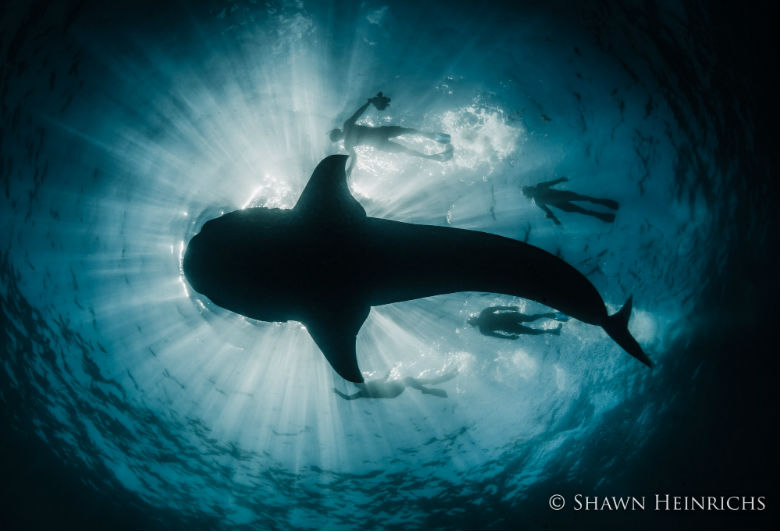 An immersive experience: swimming with whale sharks off the coast of Mexico

It’s a potential bill-topper on the most aspirational bucket list ever created: three days in the serene company of beautiful aquatic giants, exploring their habitats as their annual migratory journey reaches the Caribbean Sea around Isla Mujeres, off Mexico’s Yucatan Peninsula.

Taking place between July 26-30th, this is the next adventure being organised by Blue Sphere (bluespherefoundation.org/): a non-profit company founded by Emmy Award winning cinematographer, photographer and marine conservationist Shawn Heinrichs. Blue Sphere runs three annual expeditions that allow participants to experience their conservation work first-hand (around 50 per cent of the expedition costs are a tax-deductible donation to the Blue Sphere charity foundation). 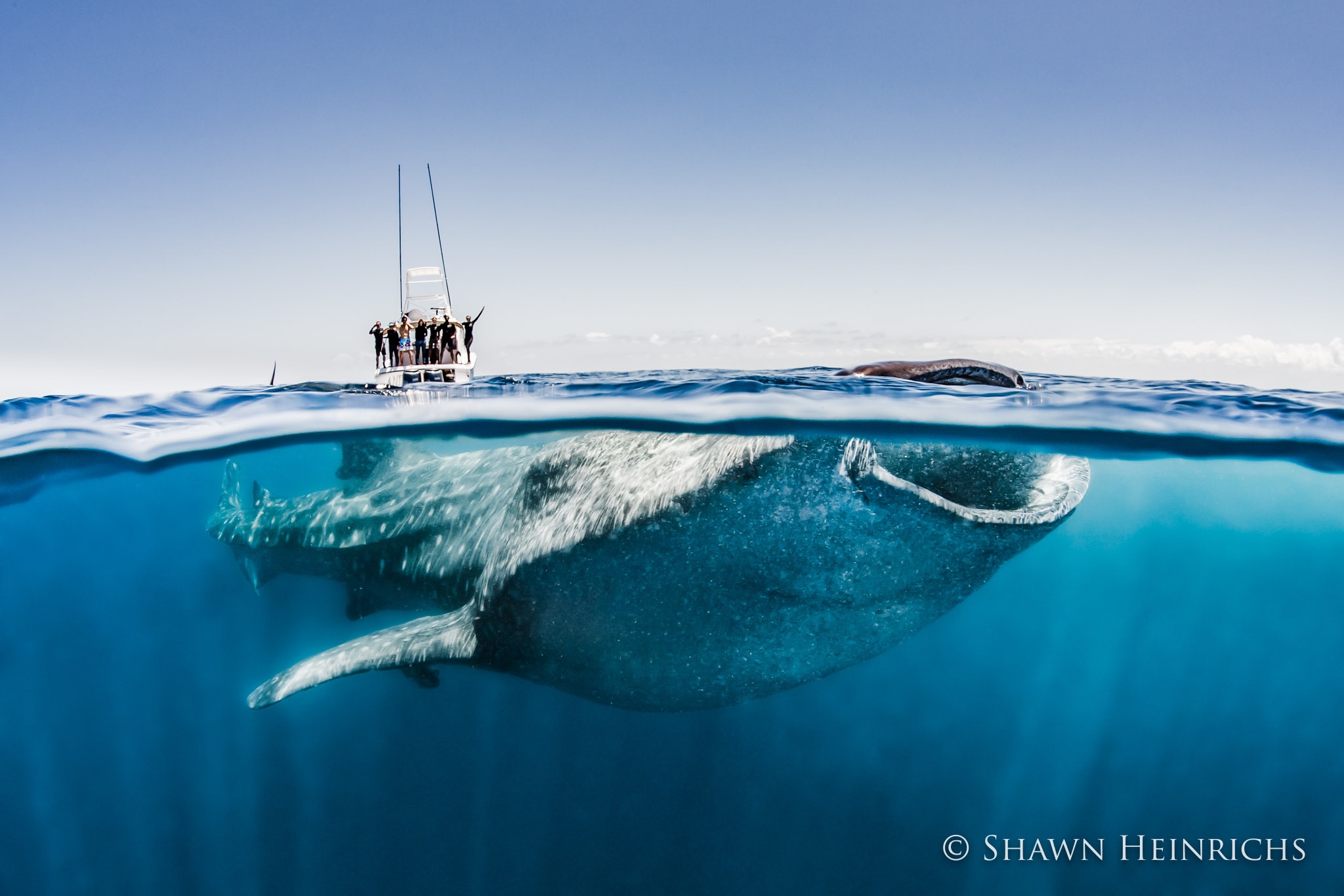 Staying at the island’s premium five-star hotel (the Zoëtry Villa Rolandi, a secluded retreat with 35 waterfront suites and deluxe yacht services), guests will leave the resort early each morning for a day’s interaction with these placid, gregarious creatures – completely harmless to humans – whose numbers have halved in the last 75 years, as well as giant mantra rays, eagle rays, marlin, dolphins, turtles and sailfish. Snorkelling outings are limited to small groups led by an expert local guide, with award-winning photographers Heinrichs and Jim Abernethy on hand to capture your encounters.

It really is, according to Heinrichs, a genuinely life-changing experience. “I remember back in 2008, when we organised the first expedition to go out and find the aggregation of whale sharks,” he tells Robb Report. 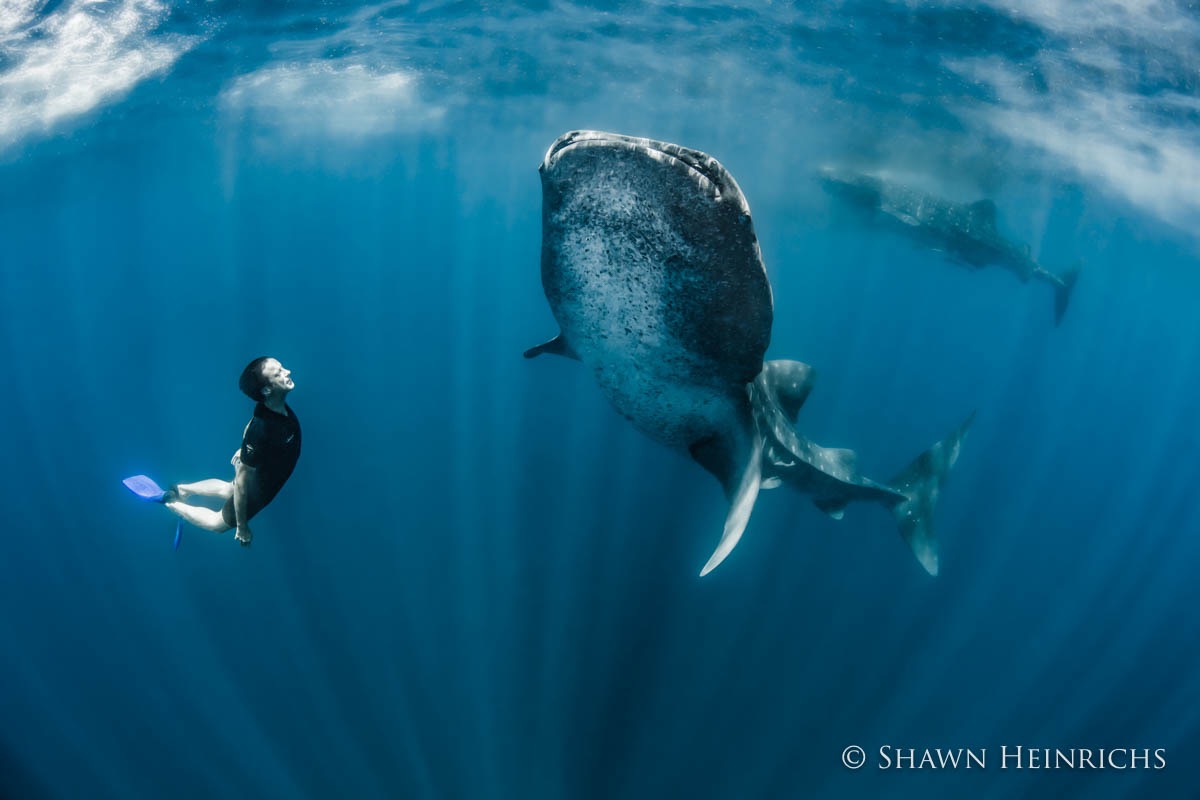 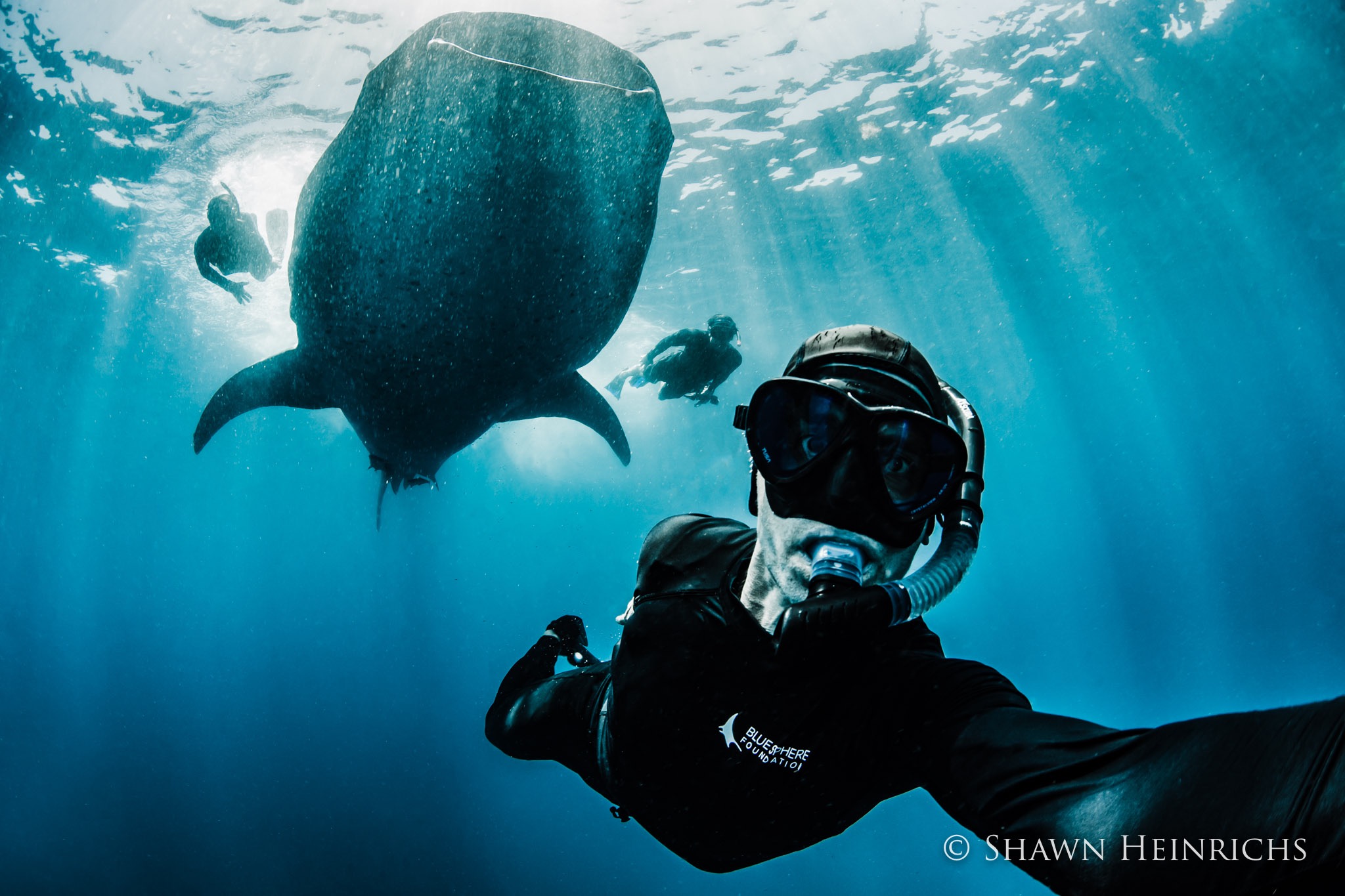 “Our fishing captain had talked about it, but compared to what he described, what we found was completely beyond expectations. As we crested the horizon, a fin cut the surface – then another and then another – and suddenly we found ourselves upon 300 whale sharks’ fins stretching for kilometres upon glassy-smooth seas. We dived into the water and in all directions saw these massive but gentle animals, ploughing the surface with their mouths wide open, gulping down eggs.”

Heinrichs has spent several years attempting to turn what was once a shark-fishing community here into a sustainable tourism scene. Part of this entails turning poachers into gamekeepers, so to speak: he has, over the last eight years, helped convert more than two-thirds of the location’s shark fishermen into tour guides. 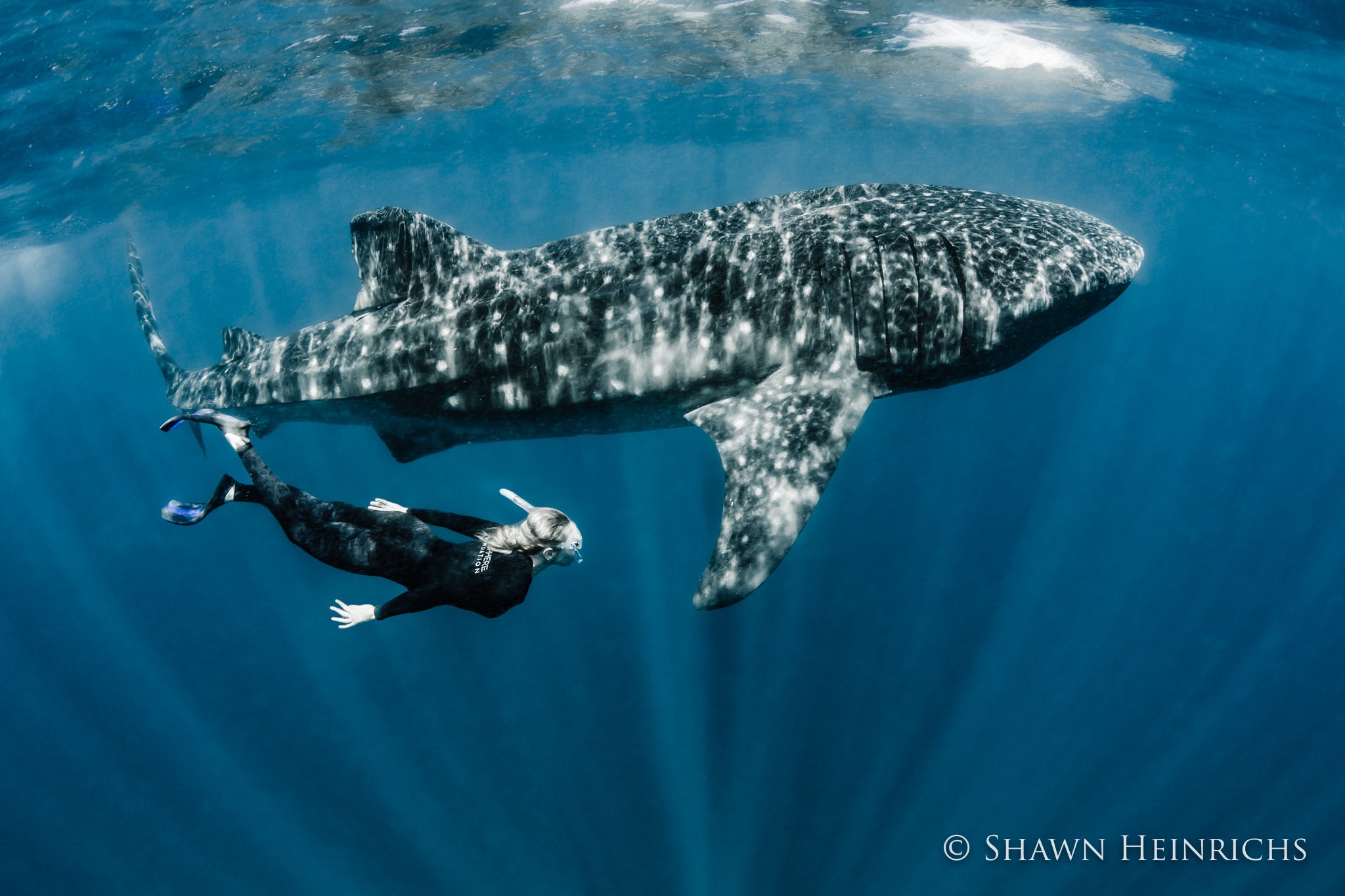 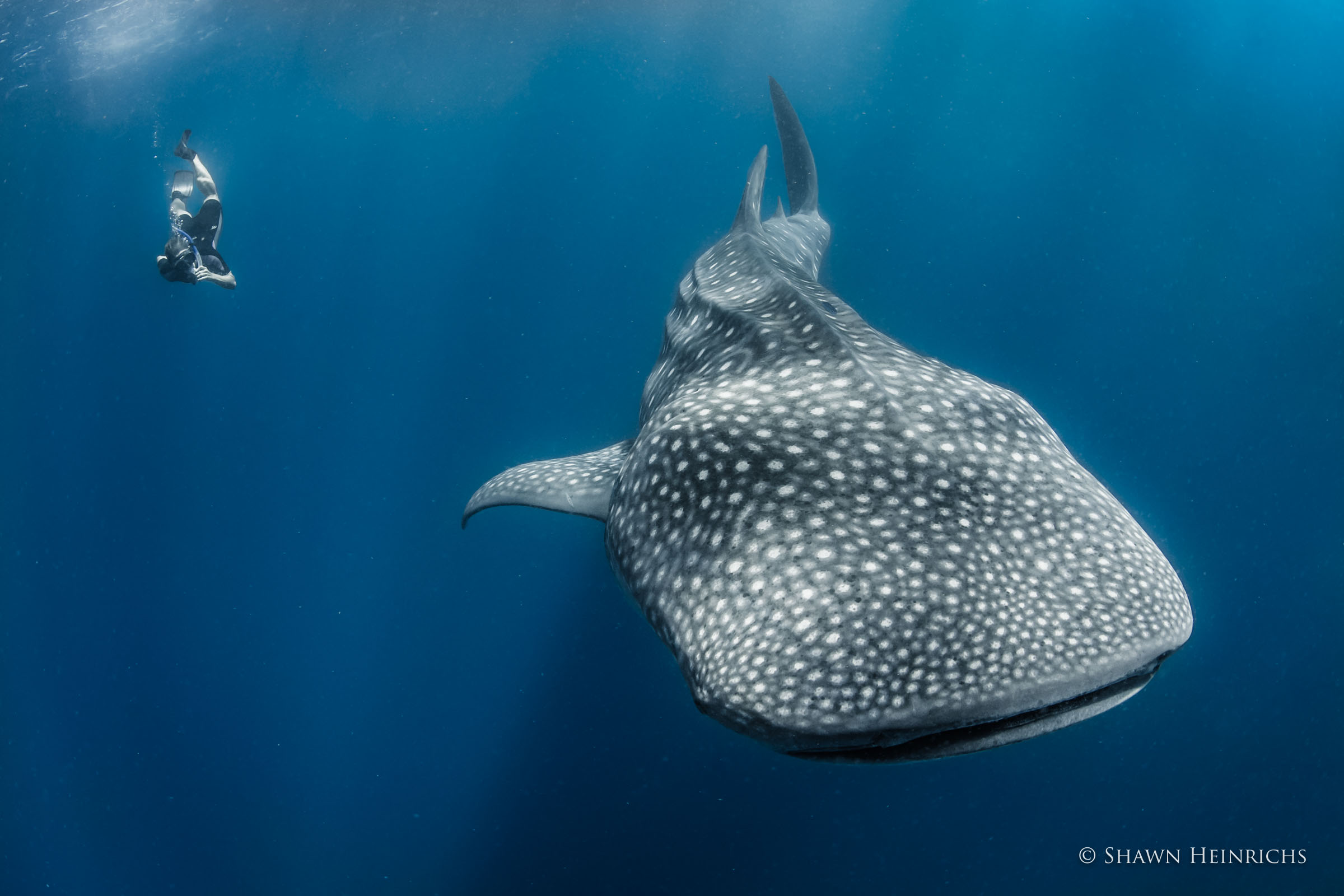 Anyone joining him on one of these adventures will likely become passionate crusaders for the cause, too: “Words cannot describe the feeling of being in the presence of such massive sharks that are completely harmless, curious and gentle beings, and to spend hours upon hours in the water with these incredible animals swimming just in front of your face. Sometimes you see them feeding vertically – perfectly still with their mouths at the surface, almost in a trance-like state. It truly is a once-in-a-lifetime opportunity.”

Double occupancy costs US$12500 for double occupancy, US$15000 for single occupancy which includes all accommodation, meals, permits, transfers, wetsuits and snorkelling equipment. Email rich@bluespherefoundation.org to seal your place.