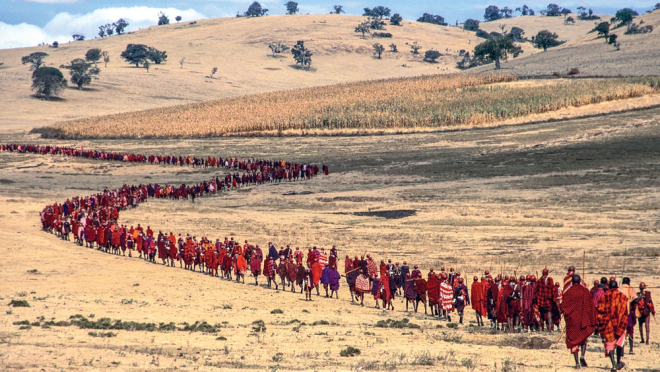 For more than four decades, award-winning photographers Carol Beckwith and Angela Fisher have been travelling throughout Africa documenting the lifeways of its traditional peoples, which they have shared through more than a dozen books. Over the years, they have recorded hundreds of rituals and ceremonies that mark the changing seasons and the pivotal stages in life — birth, coming of age, courtship, and even death. Many of these age-old rites are no longer being practised, as traditional ways gradually give way to the modern world. Muse recently caught up with Beckwith and Fisher in New York to talk about their newly released monumental two-volume work African Twilight, which pays homage to vanishing ways of life.

What led to your collaboration?

Angela Fisher: It is actually quite funny how met. Carol was finishing her first book on the Maasai. Her father, who was wonderful, came from Boston to Kenya where Carol was working to give her a birthday present. The birthday present turned out to be a hot-air-balloon ride over Maasai land so she could get the aerial images she needed for the book. Simon, my brother, happened to be the balloonist. Of course, Carol immediately took a liking to him, which led to a very interesting incident. When the balloon was a thousand feet in the air and they were flying over Maasai land, Simon looked deeply into Carol’s eyes and said, “You know, there’s something I’d really love to tell you.”

Carol Beckwith: Of course, my heart was beating wildly.

AF: Continuing to look very deeply in her eyes, he said, “You know, I’d really love you to meet my sister.”

AF: Carol had made a real impression on Simon. He thought she was just wonderful. He recognised the kindred spirit between the two of us. When the balloon landed he wrote me a very effusive letter about Carol. At the end of it, in a very brotherly fashion, he put, “P.S.: I would like you to answer this letter. I want to know exactly when you meet Carol and how the meeting went.” We wound up meeting a year later in Nairobi. That was in 1978. Within a week we were photographing side by side a Maasai warriors’ ceremony on the border of Kenya and Tanzania.

CB: During that first week we shared a dream. We had a vision that one day we would create a comprehensive visual record of the most powerful ceremonies that moved African people through life from birth to death, which is what we have been doing ever since. 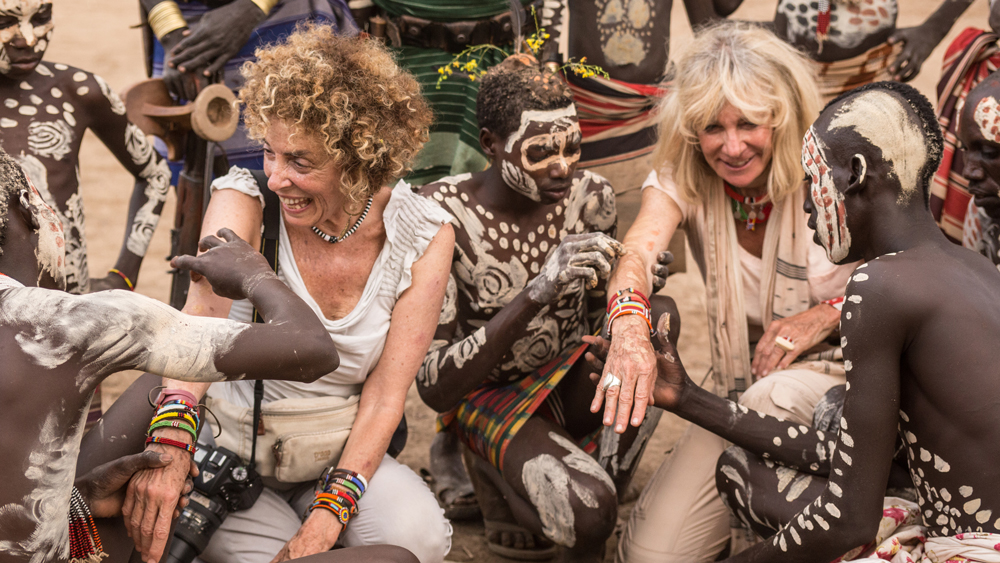 When did you realise you might be among the last to see such pageantry and ceremony?

CB: When we began working together we were already aware that these ceremonies were beginning to disappear. We felt an urgency to record them before it was too late. Today, we estimate that 40 per cent of what we’ve recorded no longer exists except in the pages of our books. Over the years, we have had to go further and deeper into Africa in order to find ceremonies that were really still intact.

How many cultural groups have you recorded and how did you reach them?

AF: We have documented more than 150 different cultures in 44 out of the 54 countries in Africa. We have travelled in many different ways, including by dug-out canoe and by mule train, which we took to reach the Surma people in southwest Ethiopia. We stayed with them for five weeks. 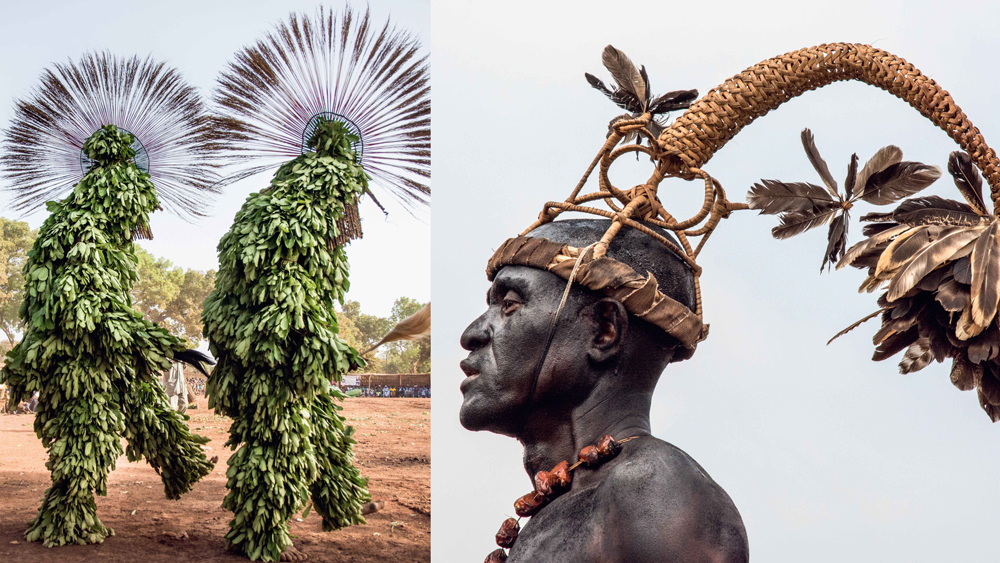 And have you found these traditional societies welcoming?

AF: We have, but it’s all about gaining trust, which is a very interesting thing in Africa. People often ask us, “How do you get such intimate photographs of people?” Well, you have to really gain trust before you can have access into a ceremony, and before you can photograph it in a really true fashion. When we arrive in Africa, we take on African time, which means we slow down considerably. We live with people in communities. We make friends, gain trust, and then we start to photograph. We also believe in giving back photographs that we’ve taken of people for them to keep. Either in a Polaroid fashion or showing it to them on the screen on a camera. When we started working in the ’70s and ’80s, we would take large-format photographs back to the people we photographed. The problem with getting photographs back into Sudan is that there was a civil war for 30 years. Carol and I had done a very big shoot with the Dinka in Sudan, but we couldn’t get back.

Once the borders opened we decided to go back in again. We went down to the Nile swamp lands, and we found all the people that we’d been working with. Now we’re returning the photograph to an elder who had never seen himself in the mirror. He was looking at himself 30 years ago as a handsome warrior, and he was so moved.

CB: We always try to eat the same food as our host and we try to learn at least 50 words of their language, if not the whole language. We do this by writing the words on our hands so that we can look at people and kind of glance down at our hand and peek, and feel very comfortable in conversing with them. Even if the conversation is very simple. It starts on the hand and the words go down the arm as the days progress. The only drawback is at night when we have to shower, it all gets washed off and we have to write the whole thing on in time for greetings the next morning.

So what is next for you?

CB: Angela and I are being asked by everyone what we’re going to do next now that we’ve finished our 14 years of African Twilight. We’ve been asked to write our memoirs to tell the story behind the scenes in greater depth, and to do a film about our work in Africa over the past four decades. We’re very excited about these two possibilities. But very close to our hearts is the fact that we have a unique archive of over 500,000 images, a thousand hours of video, and 200 illustrated journals. When we are in the field we write in our diaries each night, keeping a record of all the photographs we’ve taken, and all the really interesting things that have happened during the day. We would like to find a wonderful home for this archive where it could educate and be a great source of inspiration to future generations of both Africans and the world at large.

We all come from Africa. Africa is our birth place. The continent’s ancient cultures carry tremendous messages that can both inspire our future and carry us into the world, which, as Angela has often said, with a greater direction toward peace and mutual understanding. As Makao, the chief of the Wodaabe has described our work, it is maagani yegitata, “medicine not to forget.”