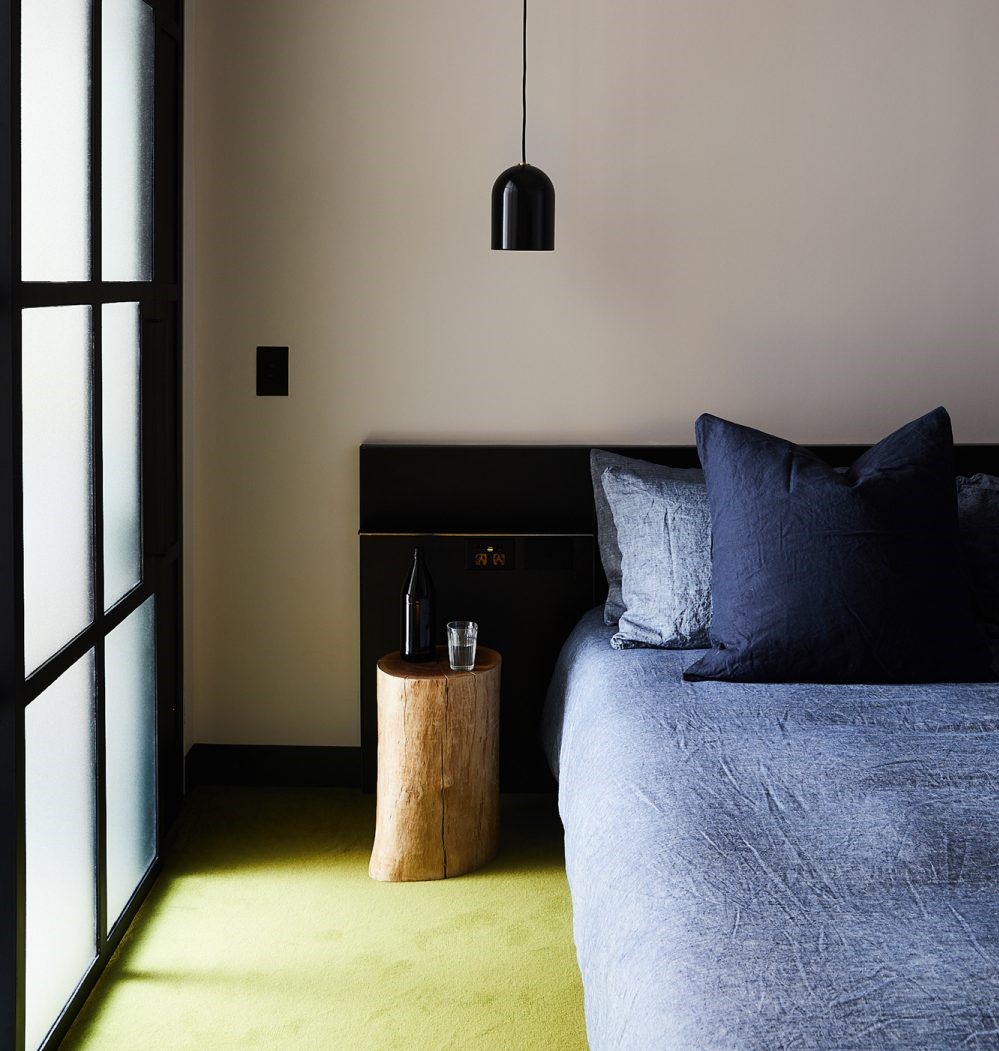 A little slice of Hollywood in Sydney’s Surry Hills

The historic Paramount film headquarters is now a quirky and characterful boutique hotel.

In its 78-year history, the Paramount House building in inner-Sydney’s Commonwealth Street, Surry Hills, has lived many lives. Built specifically as the Australian headquarters of the American Paramount Pictures movie studio, it was for many years the epicentre of Little Hollywood, Sydney’s modest and surprisingly little-known movie zone.

Built in 1940 in what’s known as the Inter-War Functionalist style, the building is marked by its graceful curved corner and glazed terracotta tiles. In recent times it’s emerged as an office and business hub that includes the bustling Paramount Coffee Project cafe and an independent cinema.

Last April, though, it added a new string to its already impressive bow – that of boutique inner-city hotel. Designed by Melbourne architects Breathe, the 29-room Paramount House Hotel has been cleverly incorporated into the original site and the adjoining building, which now has a funky copper-clad extension above the original roofline of what used to be the studio’s film storage warehouse.

Inside, the surprisingly generous rooms are a combination of minimal industrial chic, heritage features and plenty of locally sourced recycled furnishings. This is softened by lots of greenery, open-air balconies, and rugs, blankets and linens in muted, earthy colours.

Australian designers and artisans are well represented throughout, including Aesop toiletries in the bathrooms. Poly, a new restaurant and bar from the team behind acclaimed Chippendale restaurant Ester, is also planned for the ground floor.