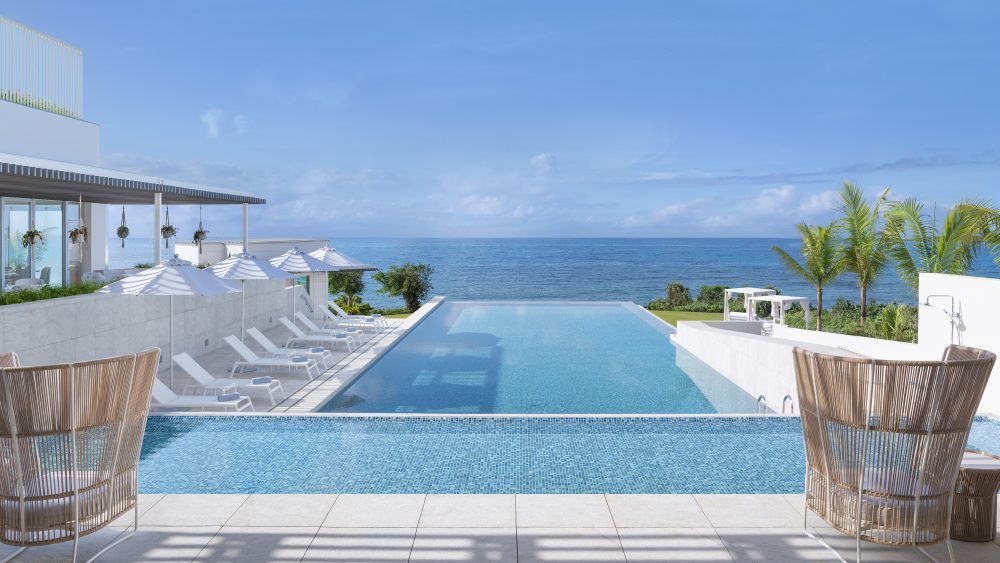 It’s always been a Pacific paradise of sorts, but these luxe getaways are kicking things up a notch.

Tokyo, with its futuristic glitz and glam, is what draws most people to Japan—including the International Olympic Committee, which awarded the capital the 2020 Summer Games. But for those looking for a respite from the big city, a white sand beach is just a three-hour flight away. The subtropical paradise of Okinawa is a 160-island archipelago that features a healthy mix of coral reefs and cherry blossoms, with a burgeoning luxury hotel scene from which to enjoy it all.

Most of the prefecture’s five-star activity is concentrated on the eponymous main island. Here, Ritz-Carlton led the way when it opened in 2012, and other luxury hotels and resorts now dot the western coastline. Come July, the Halekulani will open its first hotel outside of Waikiki, in Okinawa’s Onna village, with suites that offer unspoiled sea views. The new location is the franchise’s first outside of Waikiki—a move that carries with it a certain amount of irony (or strategy), as Okinawa surpassed Hawaii’s tourism numbers in 2017. 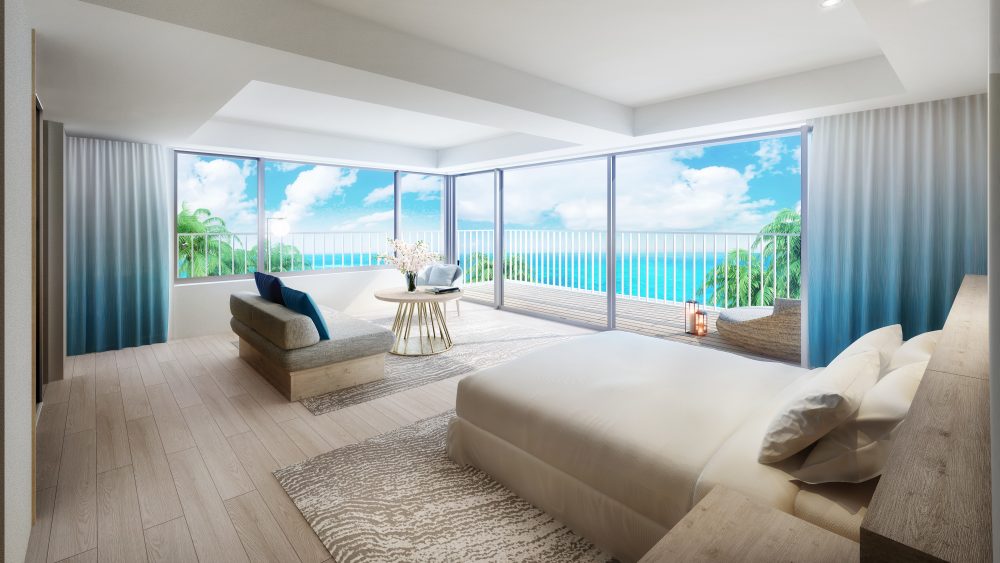 Other high-end newcomers include the Luxury Collection’s Iraph Sui, as well as the Rescape and Hotel Locus—all just a 50-minute flight south, on the more secluded Miyako Islands. The Four Seasons also just announced plans to carve out an enviable 100 acres of beachfront on the main island, serving as further validation of Okinawa’s status as an upscale Asian oasis.

Outside of the ever-growing count of luxury suites, the islands also boast a distinct mix of snorkelling, national parks and some of the earliest blooming cherry blossoms in all of Japan. The main island, in particular, is rife with emerald green forestry—Yambaru National Park allows visitors to come face-to-face with local flora and fauna—from Ishikawa’s frog to the Okinawan woodpecker.

And it might be worth checking a bag and staying a while, as residents have some of the longest life expectancies in the world, courtesy of a traditionally plant-based diet. (We’re partial to the supremely nutritious purple Okinawan sweet potato, ourselves.)