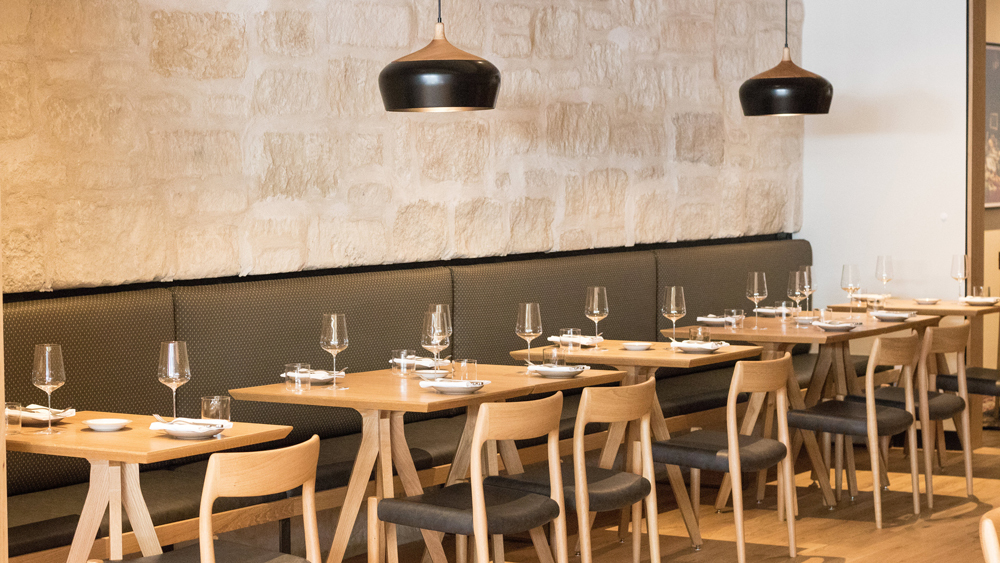 The Mile High City is more than a pit stop en route to Aspen. Find out what it’s all about.

For far too long, travellers on the eight airlines that fly from Australia to Denver have dismissed it as a necessary. But the Mile High City has changed dramatically over the last few years, with new world-class hotels, restaurants, and bars popping up all over. Luxury brands like Four Seasons, Ritz-Carlton, Louis Vuitton, and David Yurman have had a presence here for years—but these days they’re joined by locally-minded projects that highlight the creative minds that drive this city (one of the country’s fastest growing). Now that the northern hemisphere ski season is upon us, it might just be time to give Denver more than just a cursory layover. To get you started, here are 14 of our favourite places to eat, drink, and stay this winter. 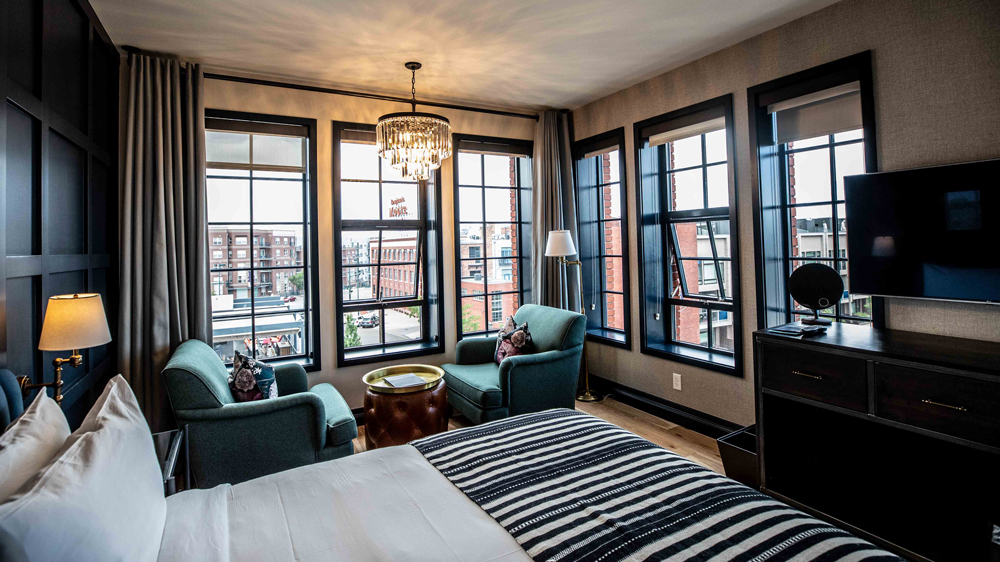 The Ramble Hotel • Located in the heart of the hipster-approved River North Art District, the cocktail-obsessed Ramble Hotel has been as popular with creative jetsetters as it has been with locals, who frequent the lobby-level bar for tasty libations by New York’s Death & Co. In fact, the bar’s mixologists had a hand in many of the hotel’s culinary offerings, including the minibars of all 50 rooms. Designed to evoke the opulence of French salons of bygone eras, the guest rooms are decorated with quilted velvet headboards, warm hardwood floors, oriental rugs, and custom crystal chandeliers.

The Source Hotel • The opening of the 100-key Source Hotel adjacent to the market hall of the same name proves just how loudly the RiNo Art District is asserting itself as one of the country’s most dynamic new neighbourhoods. There’s a lot going on here, including a brewery from New Belgium Brewing, a restaurant from James Beard Award–winning chef Alon Shaya, and a rooftop pool and hot tub. The guest rooms all have large windows and an industrial aesthetic punctuated by modern furniture; our favourites are the 16 units outfitted with clever garage door windows. 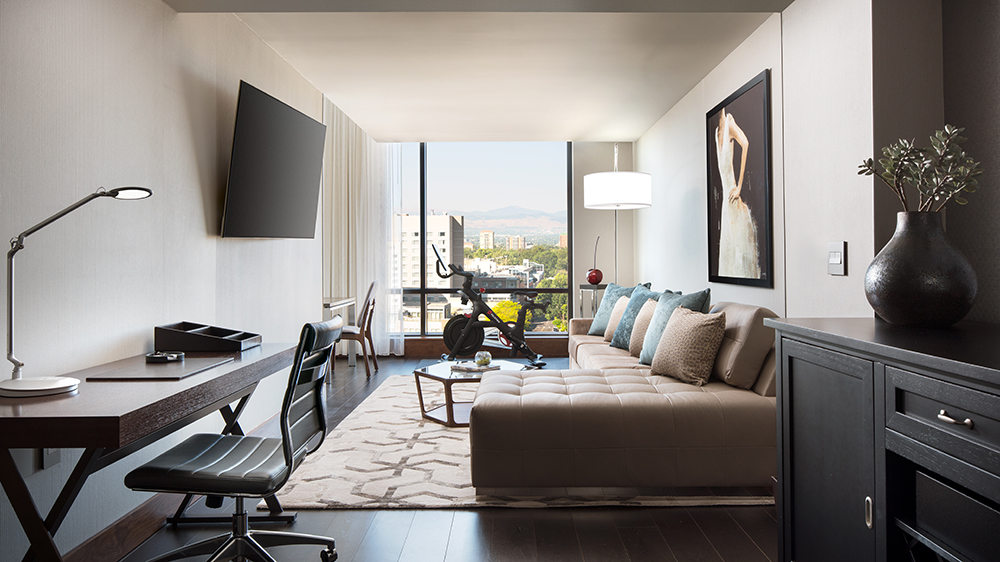 The Jacquard Hotel • The new Jacquard Hotel in the stylish neighborhood of Cherry Creek features a medley of elevated amenities: bombastic neon sculpture by Denver artist Scott Young cascades over the property’s main staircase; Peloton bikes are in every suite; and a rooftop pool overlooks not just downtown but the Rockies, too.

Kimpton Born • If you’re using Denver as a launch pad for a Rocky Mountains adventure, the Kimpton Born will immediately get you in the mood with its Alpine aesthetic. Cabin-inspired visuals like knotted wood panelling and flannel upholstery are complemented with more urban touches (concrete walls, sculptural pendant lighting, framed prints from local artists) for a thoroughly modern stay. 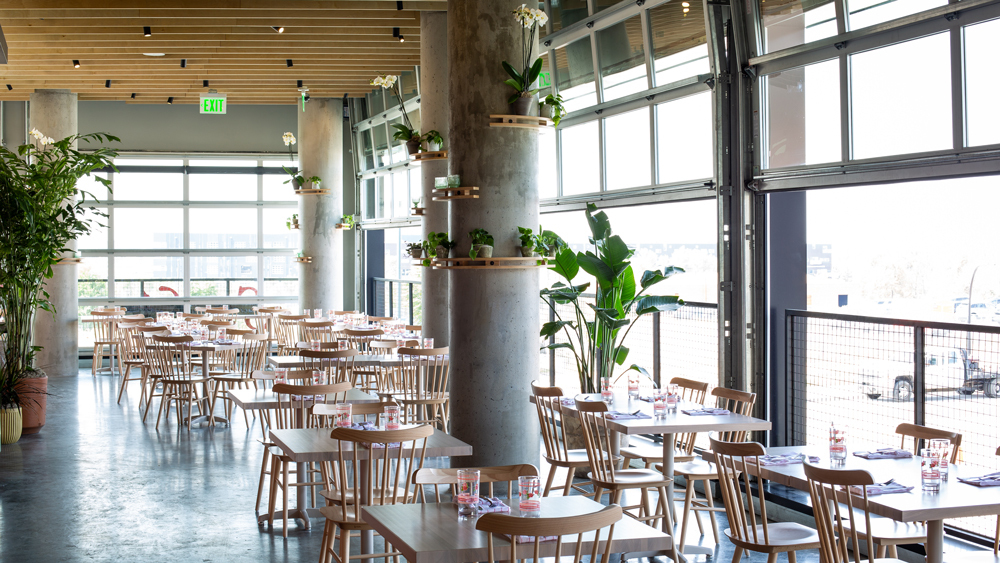 Safta • New Orleans–based celebrity chef Alon Shaya’s debut in Denver was a highly anticipated one, especially now that Israeli cuisine is having a global moment. At the colourful Safta on the second floor of the Source Hotel, James Beard Award–winning Shaya, who was born in Israel, serves internationally influenced takes on the cuisine of his motherland, from blue crab hummus with sweet corn, mint, and lemon to pomegranate-braised lamb shanks with labneh and tart apple.

Tavernetta • Chef Ian Wortham, formerly of Colorado’s noted Frasca Food & Wine restaurant, travelled through Italy numerous times to research the menu at Union Station’s Tavernetta. Inspired by the simple and pure flavours he discovered busting out of every Michelin-starred osteria or train station cafe, Wortham’s own kitchen is focused on that same ethos and serves fuss-free classics like crunchy seafood fritto misto or a plate of grilled lamb with sunchokes and olives. But the stars of the show are truly the homemade pasta, which you can see being prepared in the open kitchen.

Super Mega Bien • The Ramble Hotel’s ambitious Super Mega Bien serves pan-Latin cuisine dim sum-style—yes, with push carts and all. Will it be the Mexican Peking Duck, which requires three days of preparation (first vinegar-poached, then slow-roasted, and then steamed) and is slathered with a chipotle-orange glaze tableside? Or perhaps the restaurant’s take on Brazilian moqueca de camarão? Here, the broth is packed with Asian flavours like curry and fish sauce before it’s spiked with a bit of cachaça.

Acorn • At restaurateur Bryan Dayton’s Acorn, the wood-fire oven is the heart of everything. A true showcase of executive chef Ian Palazzola talents, the menu artfully blends local Colorado ingredients with international flavours and cooking techniques. You’ll find everything from dumplings stuffed with yams and sprinkled with nutmeg to the crowd favorite monkfish marinated with red chermoula and paired with saffron-stewed chickpeas. Our top order? The addictive shaved kale and apple salad—it’s one of Denver’s most enduring dishes and has been a menu fixture since Acorn opened in 2013. 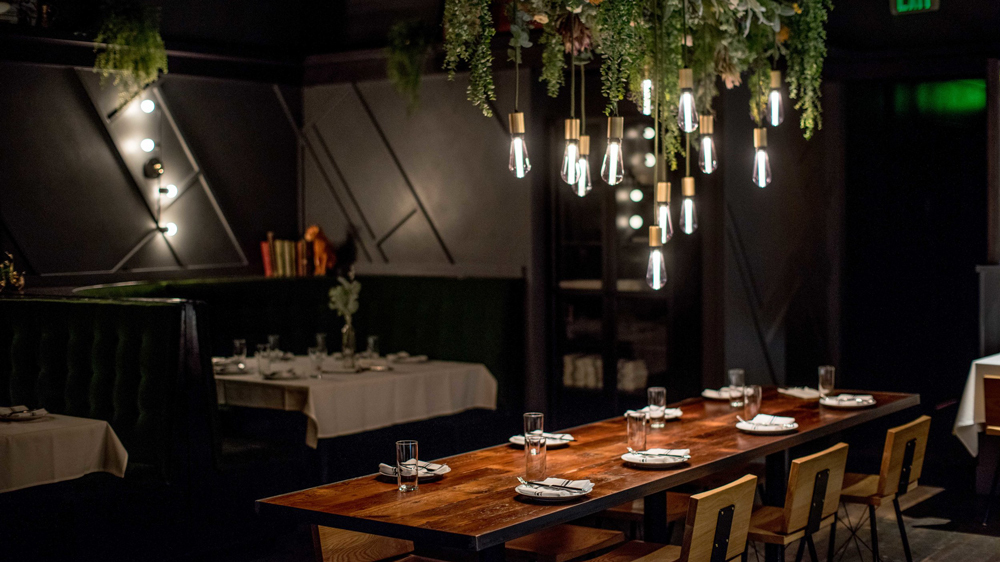 The Way Back • The new Berkeley location of The Way Back seamlessly combines a comfy neighbourhood bar atmosphere with an elevated fine-dining sensibility. Design-wise, this medley shows up in the intimate dark-wood booths, worn leather club couches, and plenty of decorative foliage throughout. The menu follows that combination as well, as the kitchen simultaneously pushes out dishes like fried chicken with hot sauce and pickles, spaghetti tossed with chicken liver and mushrooms, and hot plates of feels-like-home apple cake to finish.

Stranahan’s • Of the many distilleries in Denver, there’s an important reason to stop by Stranahan’s: to see if the brand’s highly coveted annual release of Snowflake whiskey is available by the dram. Featuring a unique blend by master distiller Rob Dietrich, this limited-edition bottle is unveiled at the distillery every December to jaw-dropping queues of enthusiasts, many of whom wait up to 36 hours leading up to the launch. Once the bottles are sold out, the only place to sample that year’s Snowflake is at the distillery’s lounge—until they too run out, that is. 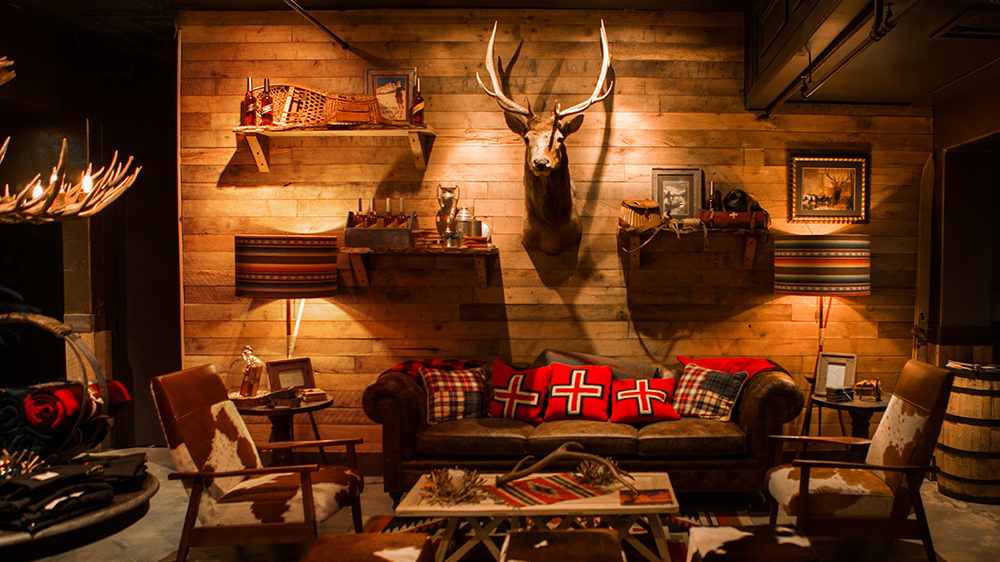 Cooper Lounge • Discreetly tucked away on the mezzanine level of Union Station’s Great Hall, Cooper Lounge is all about elegance and glamour, thanks to its interior design inspired by the bar car of the Orient Express. Since its renovation, the restaurant has become a buzzy social destination for locals for its magnificent views of downtown Denver served best with sharp classic cocktails like a New York Sour topped with a Cabernet Sauvignon float and made more local with a four-grain whiskey from Laws Whiskey House.

Suite 6A • The Ramble Hotel’s discreet Suite 6A isn’t a speakeasy per se, but with only 21 seats (and no standing around) reservations are highly recommended. Here, the focus is on providing an elevated cocktail experience that orbits around personalised service: In addition to the limited seating, the menu has only five items in it—drinks that inspired the team’s imagination that week (meaning, next week those five drinks will be rotated out). If nothing there gets you excited, speak to your server, the bartenders are ready to whip up just about anything.

Williams & Graham • Sean Kenyon put Denver’s bar scene on the map with his Williams & Graham. Slink through the bookshelf into the Prohibition-style interiors to order a perfected classic libation with homemade syrups, tinctures, and juices. Or chat up the staff about your favourite liquor and flavours, and they’ll conjure up a bespoke beverage. (With a spirits collection that’s 500 bottles deep, there’s a lot of options at hand.) And be sure to reserve your seat well in advance—with the recognition it has received, Williams & Graham is mobbed nightly by locals and travellers alike.

RiNo Yacht Club • This locally beloved bar inside the original Source market hall has been a popular happy hour stop since it opened in 2014. Like most cocktail destinations worth their salt, RiNo Yacht Club can build the drink of your dreams, but what sets owners Mary Wright and McLain Hedges’ bar apart is its commitment to sustainability. Don’t be surprised to learn that some of the ingredients in your beverage might have been a repurposed item from one of the other stalls in the market. For instance, the complex rye-based Something’s Up with Jack features spent coffee and chai from Cafe Figerati; while Most Improbable Dream is mixed with a homemade orgeat from avocado pits from a neighbouring food truck.