A flash of red took to the racetrack at the weekend.

Over the weekend’s Total 6 Hours of Spa-Francorchamps, the famed Belgian endurance race, you may have recognised the Richard Mille Racing Team — consisting of the all-female trio of Beitske Visser, Sophia Flörsch and Tatiana Calderón — by the flash of red zooming around the track.

Not only is “Roxy,” the Oreca-Gibson racecar they’re crewing, bathed in a signature fire-engine red, so is the new RM 07-01 Racing Red wristwatch all three women will be wearing. (The car is a composite racing machine composed of an ORECA 07 chassis with a 447kW Gibson engine, fitted with Michelin tires.)

The timepiece is designed as an homage to the team’s first appearance in the 2021 FIA World Endurance Championship (WEC), a series of six endurance races staged in Europe, Asia and the Middle East, including the 24 Hours of Le Mans. 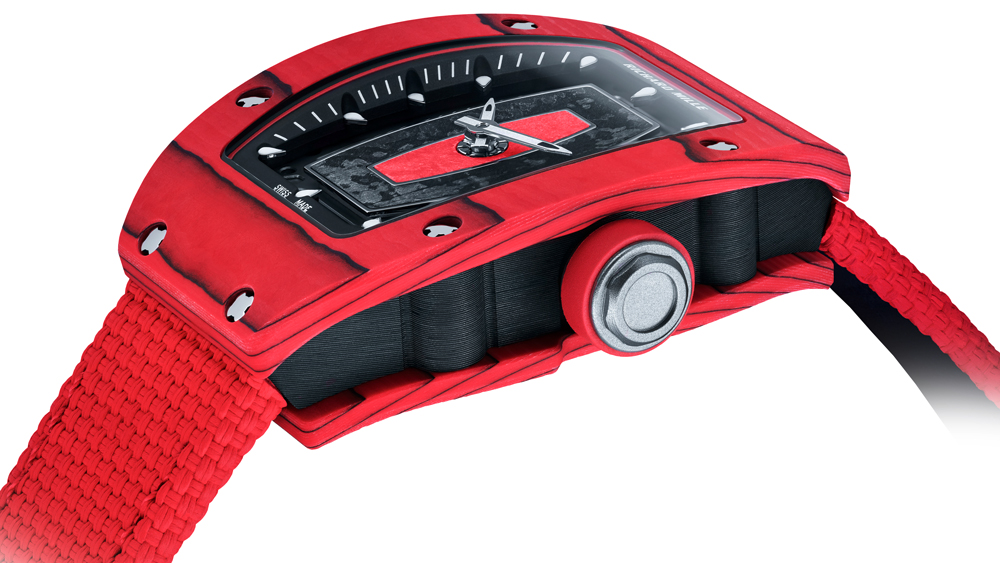 Limited to just 50 watches, the sporty timepiece is both ultralight and comfortable to wear, thanks to the RM 07-01’s curved tonneau-shaped case. Like its sister models in the range, the piece is equipped with the in-house automatic skeletonised Calibre CRMA2. The blazing red case and dial incorporate Carbon TPT and Quartz TPT, two hi-tech materials more commonly seen on racecars (where they’re used to help withstand shocks).

Richard Mille has amped up its presence on the automotive racing circuit. In February, the watchmaker announced a multi-year partnership with Scuderia Ferrari, the luxury carmaker’s racing division. 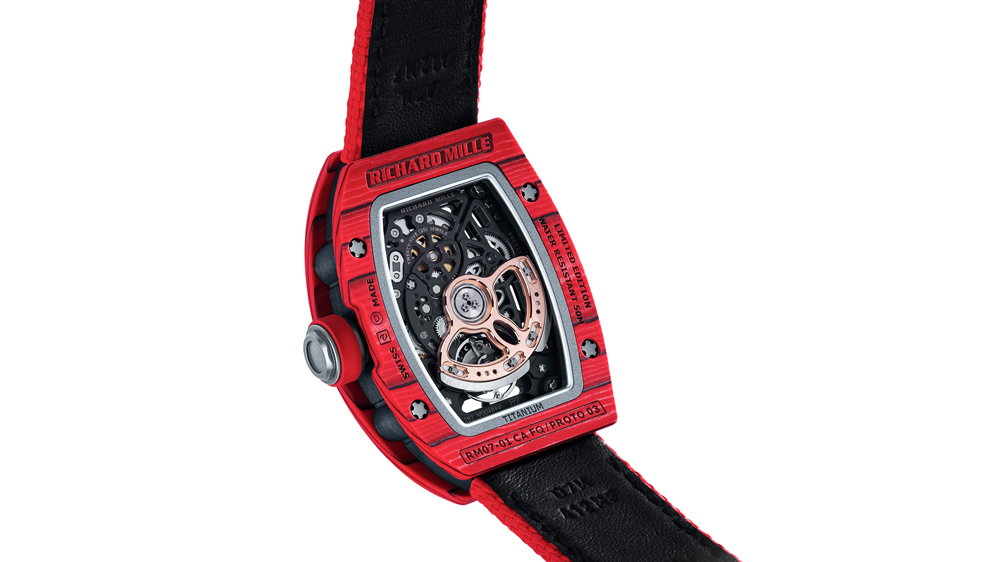 The brand has also partnered with Signatech team owned by Philippe Sinaut, WEC champion and winner of the 24 Hours of Le Mans in the LMP2 category, which is open exclusively to privately owned teams. Signatech offers technical support for the drivers on the Richard Mille Racing Team.

“The FIA World Endurance Championship is extremely demanding,” Calderón said in a statement. “We are all so grateful to Richard Mille and Signatech for trusting us and allowing us to compete with the best drivers in the world, such as one of my childhood idols, Juan Pablo Montoya. Some teams are particularly strong, but we will give it our all to fight at the front. We have all the potential and the tools to achieve this while continuing to learn step by step.”