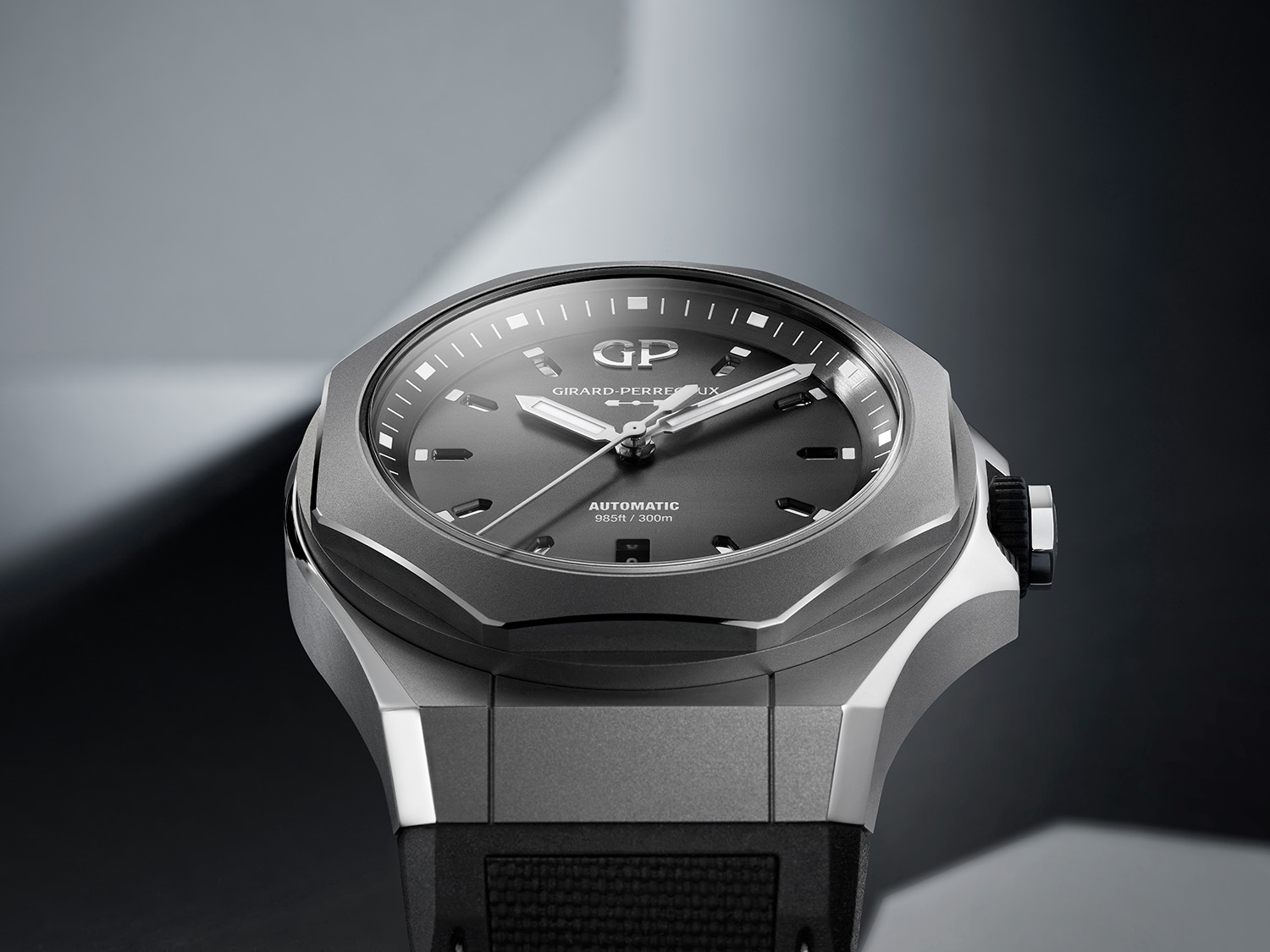 Bringing a titanium finish to the fore.

As Girard-Perregaux commemorates 230 years since its founding, the manufacture has released its Laureato Absolute Ti 230  – a heady reimagining of its 1975 design.

The model unites the two stories of Girard Perregaux and William Gregor – the latter the founder of black sand which would go on to be titanium.

As such, the new model reimagines a classic design in grade 5 titanium. The watch arrives with a 44mm titanium case, sandblasted to accent its polished facets – forming a contrast against the titanium’s matte finish. 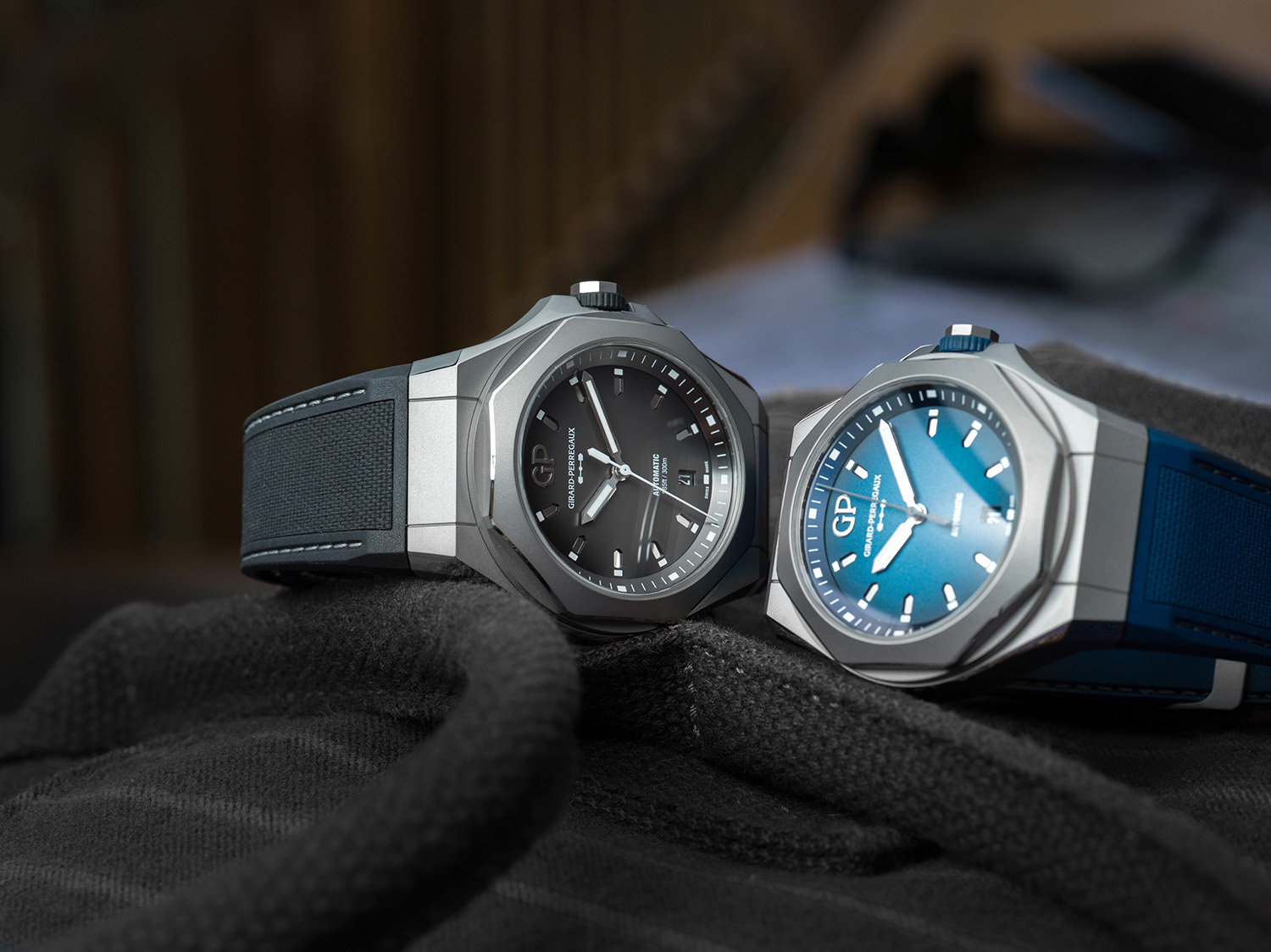 Here, in a blue or grey dial – with the nameplate’s sandwich dial construction – the watch features luminescent baton-style indexes and Girard Perrequax’s own calibre GP03300-1060 automatic movement, with a 46-hour power reserve.

Upholding Laureato tradition, the strap is integrated, a characteristic found on the original model released in 1975.

The strap, made of GP Rubber Alloy, this time containing titanium, perfectly matches the colour of the dial and features a fabric effect texture, tastefully enlivened with grey stitching.

The Laureato Absolute Ti 230, as previously stated, is offered in two variants, blue and grey. Each option is limited to 230 pieces. 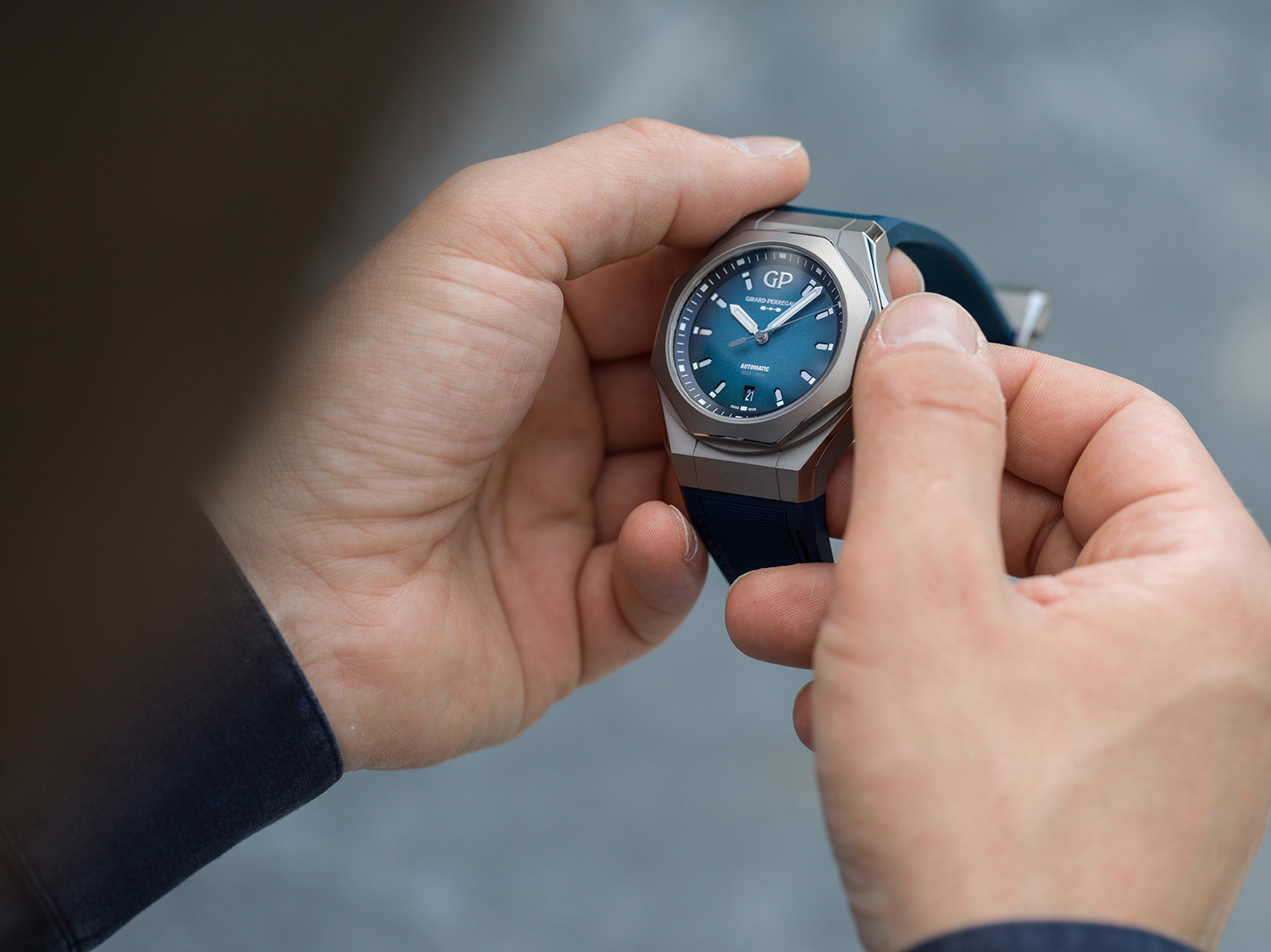 The blue dial version of the Laureato Absolute Ti 230 will be sold exclusively by Wempe jewellers for one month in its ten boutiques across Germany as well as its flagship stores in New York and London.

Following that the model will be available in all authorised Girard-Perregaux retailers and on the brand’s e-commerce site.