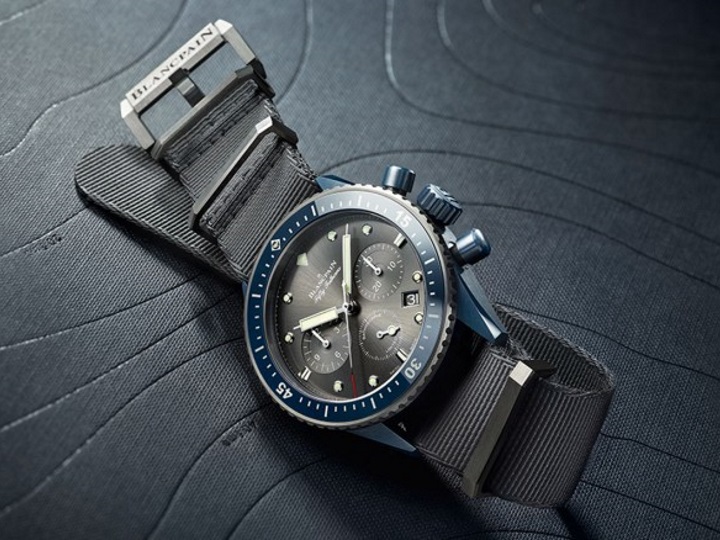 When done for the right reasons, charitable causes can add an extra layer of desirability to a watch.

That said, a limited-edition watch that also helps a good cause is the kind of thing that (when done right) adds an extra layer of desirability due to the cause it represents as well as its limited availability.

Geneva's _Only Watch_ auction is of course the paramount, as top-tier brands like Breguet, Patek Philippe, and Richard Mille craft one-off timepieces for the charity auction, which raises money for research in Duchenne muscular dystrophy.

These pieces frequently pull in six or seven figures, whereas our following six selections are the kinds of pieces any collector can still use as a daily wearer without a second thought. Youth activities and sports programs have been at the core of the Laureus Sport for Good organisation's efforts since its founding in 2000. Working in impoverished communities around the globe, the foundation strives to provide children and youths with an active outlet in hopes of keeping them away from the various challenging social issues that they face in their daily environment.

A partner of the foundation for more than 10 years, IWC chose to release its 2017 philanthropic edition as part of the reintroduction of its new Da Vinci collection earlier this year. The Da Vinci Chronograph Laureus Sport For Good Foundation will be limited to 1500 pieces with a retail price of $US12,700. (about $A16,830) (iwc.com) Announced September 2015, this hefty Graham chronograph was launched with the goal of supporting members of the Naval Special Warfare community in times of need.

A portion of the proceeds of sale of each Chronofighter Oversize Navy SEAL Foundation in the collection will be donated to the nonprofit organisation, which will then be used for education, survivor support, and family assistance programs for past and present members of one of our country's toughest armed units. (graham1695.com) Of the six watches selected for this list, the Blancpain Ocean Commitment II differentiates itself the most from the brand's standard offerings. When developing this second Ocean Commitment piece, Blancpain opted to craft the case from dark blue ceramic, and unlike in the case of many ceramic watches, even smaller parts (like its crown and pushers) are crafted of the same material.

Another element about this piece that we are fond of is the level of disclosure in regards to Blancpain's charitable contribution — about $US1050 (about $A1390) from the sale of each of the 250 watches will be donated to support scientific expeditions. (blancpain.com) Like Blancpain, Nomos is very clear about its contributions to Doctors Without Borders medical organisation. To date, Nomos has donated more than half a million Euros to the nonprofit medical organisation, and most recently, the brand has added a couple new models to the series supporting the organization's U.K. and German chapters.

This 35 mm Tangente model for Doctors Without Borders UK is powered by a manual-winding calibre built in-house by Nomos, and for each of the 1000 examples produced, roughly $US120 (about $A160) of its $US2180 (about $A2890) sticker price will be donated to the charity's emergency relief efforts. (nomos-glashuette.com) Certain philanthropic efforts tied to the watch industry are particularly synergistic (diving watch brands and ocean conservation, for example), but every now and again, a partnership comes out of the woodwork that is simply unexpected.

Hublot's relationship with the Black Jaguar-White Tiger Foundation is just that — an unorthodox pairing that brings a significant level of support and awareness to a cause that is a little outside of the mainstream.

The foundation has recently expanded the number of habitats it maintains to house endangered felines (including leopards, lynxes, lions, and pumas) to more than 50, and the funds raised from these three special-edition Hublot Big Bang Black Jaguar & White Tiger Foundation watches will help support their efforts. Of all the diving watch brands out there, DOXA is arguably the most deeply rooted in the active diving community. Its watches have found favour with the Cousteau family as well as countless professional dive teams around the globe, making it a logical partner for Project AWARE — one of the world's largest ocean conservation organisations.

The organisation was first started by the Professional Association of Diving Instructors (PADI) as an environmental initiative in 1989, and it continues to promote responsible diving practices and other efforts around the globe.

The DOXA Project AWARE II, easily recognisable by its bright teal dial, is a task-centric steel dive watch equipped with a helium release valve and a sawtooth-edged bezel designed for ease of operation when wearing a wetsuit. Rated for depths of nearly 1525 metres, the piece will be limited to 300 pieces globally and retail for $US2490 (about $A3300). (doxawatches.com)