For over a decade, the menswear community treated pleats like a social scourge, whose temptation had to be resisted with a single, familiar phrase: “Just say no.” But in the last year, the once-loathed feature has begun to crop up everywhere from the trousers of workwear-style suits from Drake’s to stretch cotton pants at Todd Snyder.

In a cyclical moment, Ralph Lauren—whose baggy pleated pants were once considered to be helplessly uncool—has revived its double-pleat chino in a distinctly ’90s fit. And in the surest sign yet that the pleat has beat its bad rap, Noah has introduced what would have been a punchline just a few seasons ago: pleated jeans.

So, how did we go from flat-front-or-bust to re-embracing pleats in such a short time? In search of an answer, we spoke to Sid Mashburn, himself a recent convert.

“Back then, pleated pants were pretty prevalent, and most of what was worn I would consider ‘your father’s plated pants’—big and billowy,” he says of what inspired the backlash in the first place. “In the decade since, plain-front pants have become the norm, so now it almost feels punk rock to wear pleats.” 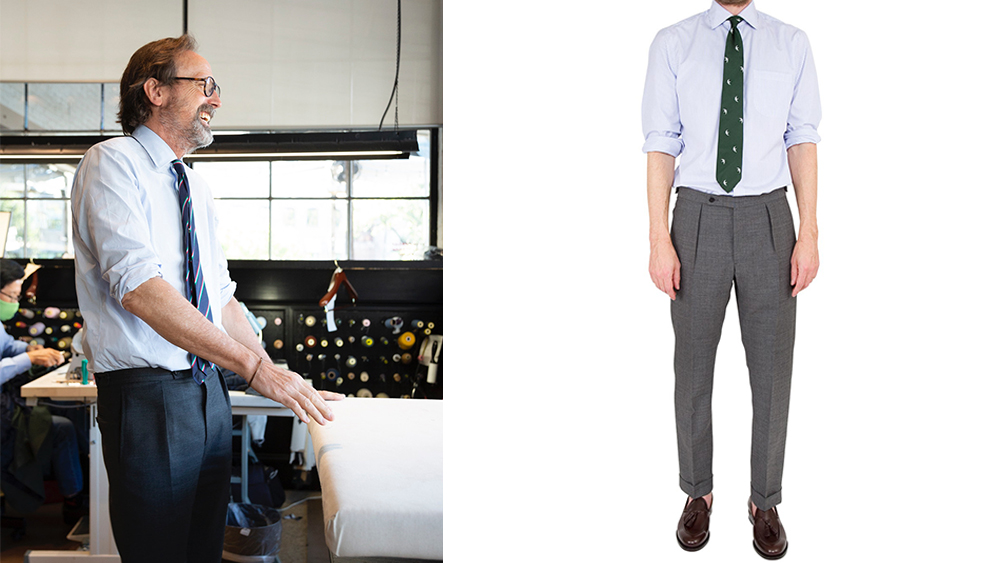 True to form, Sid has brought back pleats his way: the pleated sport trousers introduced by his brand are marked by a single, forward-facing pleat that’s notably shallow at just 3/8ths of an inch and drops straight from the waistband, minimising fabric. They also feature button side-tabs rather than belt loops and taper from the knee down.

“The hope was to give the pleat an understated elegance, and give the pants a slim look overall,” Mashburn says.

Scott Fraser Simpson, the London-based designer behind the Scott Fraser Collection, is another proponent of casually worn pleated pants, albeit in a more vintage cut. His label’s made-to-order classic wide-leg trousers, which draw inspiration from 1940s Hollywood and are available in more than 35 fabrics, are often styled with polos and knits.

“The sharpness of the pleats paired with something more casual can create a great contrast and also add versatility to your look,” Simpson says. “Let’s not forget, pleats are there to give volume and extra room to the cut of the trouser leg, so naturally it can lend itself to be a little more relaxed.” 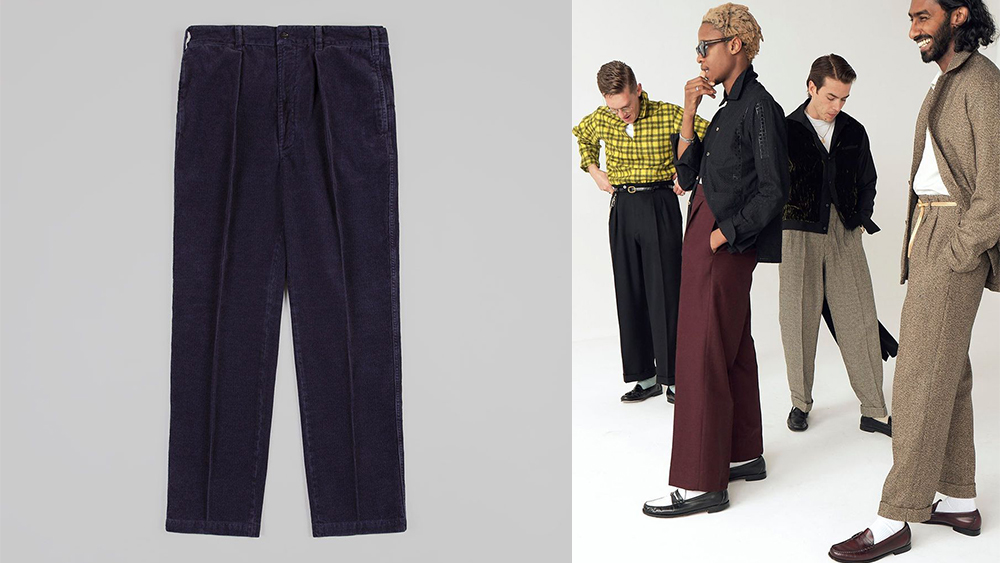 Drake’s takes a similarly casual approach to the detail, but via a workwear-inspired chino with a single forward pleat. “While I see the Games chino as being a comfortable style that lends itself to being worn in a casual way, it is equally adept when worn with a shirt and tie and smarter shoes,” says Drake’s creative director Michael Hill. “By having the option of a single pleat, we’ve created a silhouette that is adaptable, comfortable and, I feel, particularly Drake’s in the way that it’s presented.”

Paolo Martorano, the founder of the eponymous bespoke tailoring firm in New York City, is a staunch defender of the traditional double-pleat, which he values for reasons practical and visual.

“When wearing a fuller, higher-waisted trouser, pleats allow a man to sit more comfortably, without the trouser pulling; something that a flat-front trouser just can’t achieve,” he tells Robb Report. “In purely aesthetic terms, and assuming of course that the trouser has been cut competently, pleats create a vertical line that will make the man wearing them look tall and trimmer. The fabric will move and drape and provide a longer wear life—not at all a bad thing.”

Martorano acknowledges that the feature fell out of favour, which he ascribes to poorly designed pleats that pulled open either because the pants were not cut wide enough or did not have a sufficiently high rise. “That is a very bad thing because it makes even a slender guy look fat; exactly what proper pleats help to avoid,” he says. 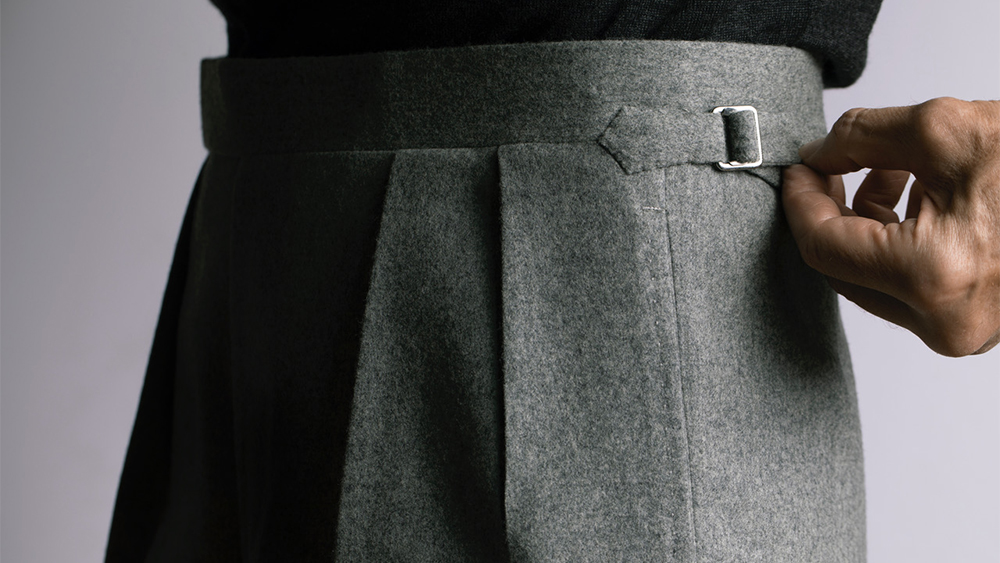 He also expresses a bias for the forward pleat, which opens towards the trouser fly rather than the pocket, as is the case with the more commonly observed reverse pleat. “The forward is generally something you only find in bespoke tailoring—and some better ready-to-wear such as Ralph Lauren. It creates a clean, flattering line and frankly distinguishes the custom trouser from the commercially ready-made.”

For all his pleat advocacy, Martorano realizes that not every guy might be ready to take the plunge. However, he does have some words of encouragement for staunch flat-fronters.

“Even if you elect to maintain a non-pleated trouser, by all means, make the rise higher and the front fuller, even if it means adding a dart. Maybe that’s the gateway drug to pleats,” he says.