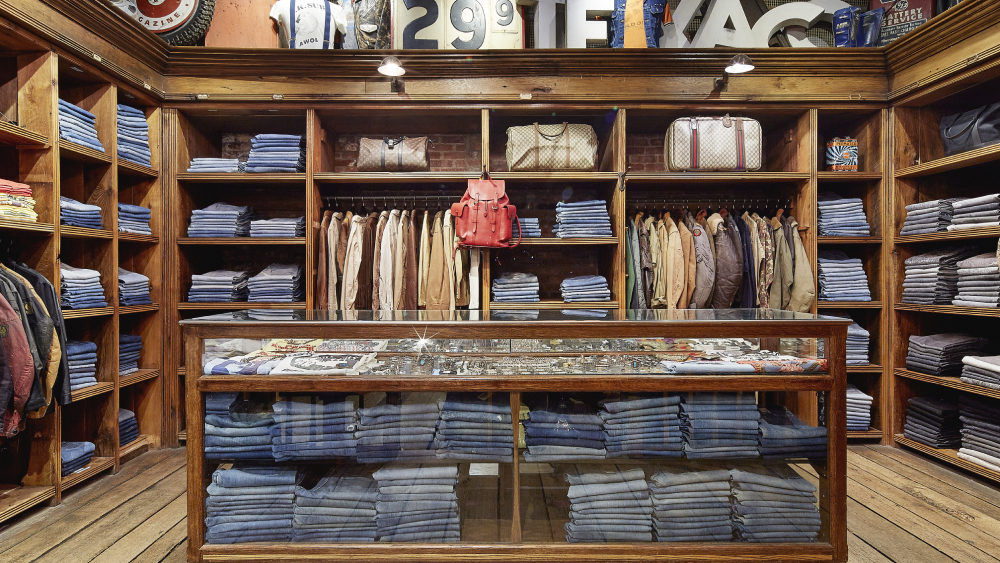 How the hunt for vintage has become a kind of luxury.

This summer, both Christie’s and Sotheby’s held sales for a category that, until recently, would have been unthinkable from either prestigious house: used sneakers. While fashion has made appearances across the finer blocks before, it has usually been in the form of couture gowns from the estate of a screen siren or socialite. But with the top lot at Christie’s—a pair of Nike Air Jordans, worn by their namesake—going for a record-breaking US$615,000 (approx. $809,200), these exclusive sneaker sales indicate the emergence of a whole new market of collectible fashion: menswear.

And it’s not just the booming sneaker economy either. Certain stylish men now covet deadstock Brooks Brothers shirts and Levi’s “Big E” jeans with the type of lust formerly reserved for Rolex Daytonas. Vintage menswear, once branded with the stigma of “secondhand,” has emerged as a mark of style connoisseurship. It’s a change that can be traced to a few discerning dealers who have re-contextualised the category as not just wearable but valuable.

Bob Melet, whose Melet Mercantile in Los Angeles is a source for era-spanning designs, was at the forefront of vintage menswear’s image rehabilitation. Unlike dealers of yore, who usually offered a hodgepodge of whatever cast-offs they came across, Melet says his wares have always been about more than just garments. “I deal in authenticity and I deal in cool, which you can’t make.” In 1993, when Melet was showing rare Western and Native American pieces at an antiques show, Ralph Lauren walked up and bought the whole lot—and then hired Melet as the brand’s first vintage buyer, to source pieces both for design inspiration and to be sold in Lauren’s stores. 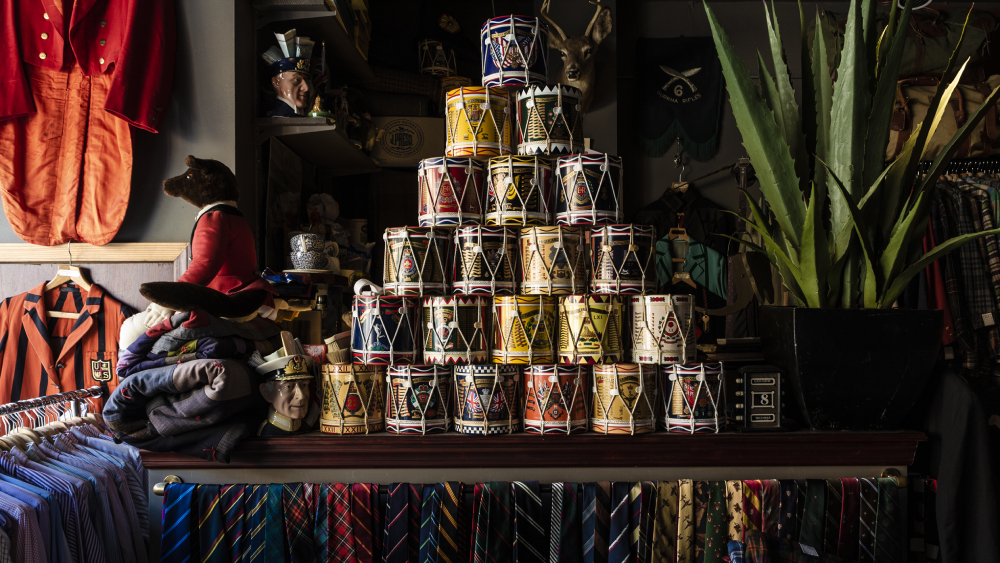 Lauren has long been the leading patron of the vintage-menswear arts. Take Graham Cassie, who guided Ralph Lauren designers on their frequent research trips to the UK and now puts his expertise on display at London’s Cassie Mercantile, which stocks blue-chip finds from Edwardian rugby shirts to rare military tees—even a sweater worn by Ernest Shackleton on his expedition to the South Pole. Or Sean Crowley, who was working at a vintage shop in Boston when he was recruited to Ralph Lauren; after 11 years, with a stint on the design team, he returned to his first passion, opening Crowley Vintage, in Brooklyn.

“In a world where everything is online, there are no secrets. Just the word ‘luxury’ has become so ubiquitous and, I think, meaningless,” Crowley says. “With vintage, it’s not just about affording it, it’s about the hunt. Vintage has become the kind of ultimate luxury because, if you get it, you’re the only one to have that piece.”

Crowley specialises in tailored clothing with an Anglo bent, such as Savile Row suits and rowing blazers, plus all the accoutrements one would expect from a fine men’s store: shirts, ties, hats, briefcases, cuff links. He also carries many original iterations of styles currently enjoying a renaissance, like hunting jackets and raglan coats. Crowley’s keenly edited selection speaks to both astute collectors and men who simply appreciate design. “I have guys who are 17 and insanely excited about this kind of menswear, all the way up to established captain-of-industry types,” Crowley says. “And everyone in between.”

In Paris, Gauthier Borsarello divides his collection between two outlets. Le Vif is a storefront brimming with American-made designs, including Ivy League classics like chinos, oxford-cloth button-down shirts and jeans—all known gateway drugs to vintage fashion—while Gauthier Borsarello Inventory is a by-appointment showroom and online shop focused on notable brands and idiosyncratic finds (say, circa-1980 Dunhill aviators or circa-1970 Lilly Pulitzer print pants). Meanwhile, Seth Weisser and Gerard Maione, cofounders of What Goes Around Comes Around, in New York and Beverly Hills, combine plum picks from both ends of the spectrum, from limited editions from Louis Vuitton and Hermès to rock tees and biker jackets. 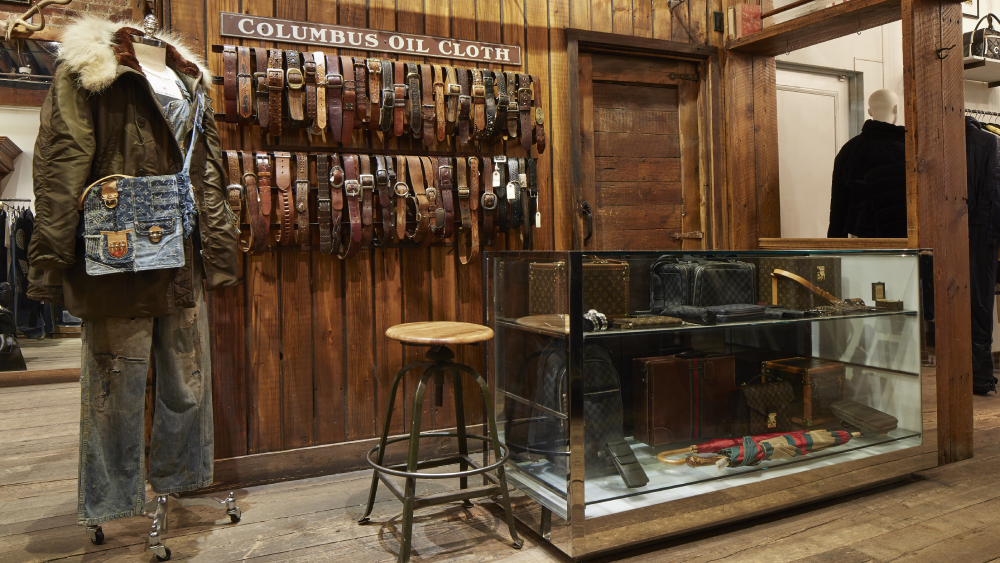 Maione says he and Weisser are increasingly converting casual male shoppers to the cult of vintage. “Once we’ve turned them on, they’ll be wearing luxury sneakers with vintage Levi’s and a vintage Hawaiian shirt, put a designer jacket over it and deck it out with a vintage Rolex,” he says. “We offer guys an ability to self-create—that’s one of the things that men’s fashion has been lacking.”

In 1997, the duo sold a pair of the oldest-known Levi’s for a then record US$25,000 (approx. $32,900); while that particular pair wound up at the Levi Strauss company archives in San Francisco, What Goes Around Comes Around carries more wearable (but still highly collectible) Levi’s that range from 1950s “XX” models to later “Big E” and “Red Line” versions. Like vintage watches, each generation of Levi’s has subtle details that distinguish the jeans’ rarity (and corresponding price). Weisser, Maione and their staff walk clients through the distinctions, providing an ad hoc history of fashion. For Maione, the education is half the fun: “That’s where these guys catch the fever and go ‘Oh, I wanna build a whole collection of that.’ ”