Sweden is known for having some of the highest standards of living in the world. It’s revered for everything from the quality of its social welfare to its Eurovision competitors and more. In recent times, the Swedes have also become known for their sense of style and a cadre of menswear brands that are now giving their fellow European peers a run for their krona.

Why, though? The Swedes practice something that’s very straightforward and arguably uninspiring to some—this being their monochromatic uniform. While that’s a sweeping generalisation, the Swedes would agree that it’s a fair one. Dressing head-to-toe in a single colour, with subtle nuances, is an elegant recipe for getting dressed no matter your locale. However, crediting the current appeal of Swedish menswear to that way of simple but effective styling is a disservice. Swedish menswear’s current moment is a byproduct of its index-topping cultural ecosystem, the result of decades of gentle evolution. 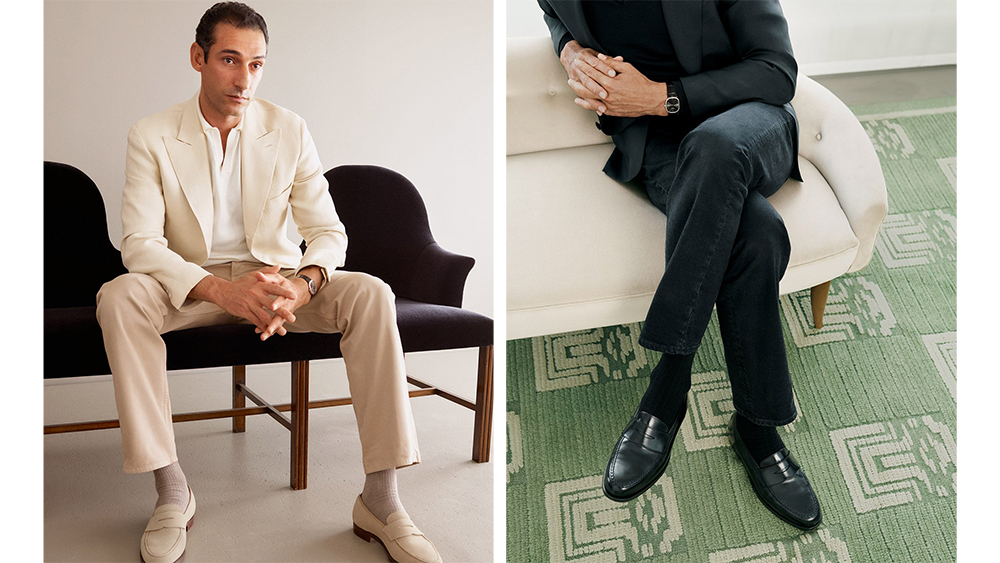 “Restraint and simplicity move as a thread through a great portion of our collective design history,” explains Dag Granath, co-founder of Saman Amel, the Stockholm-based menswear label that deals in understated, truly modern tailoring. Saman Amel’s colour palette—a tight edit of muted tones such as taupe, cream and the palest of blue and grey—is something to behold. Stark but not cold, the refreshing hues, Granath says, are drawn from “the shifting seasons of Scandinavian nature and wildlife.”

“While there are always examples showing the opposite, I think it’s quite common for Swedes to not want to make a colourful statement with the way they dress,” he adds.

The avoidance of such statements is symptomatic of Swedish humbleness. Henrik Berg, the founder of Morjas, a forward-thinking, direct-to-consumer classic men’s footwear company, believes it’s his compatriots’ humility that has allowed Sweden to excel in all departments. 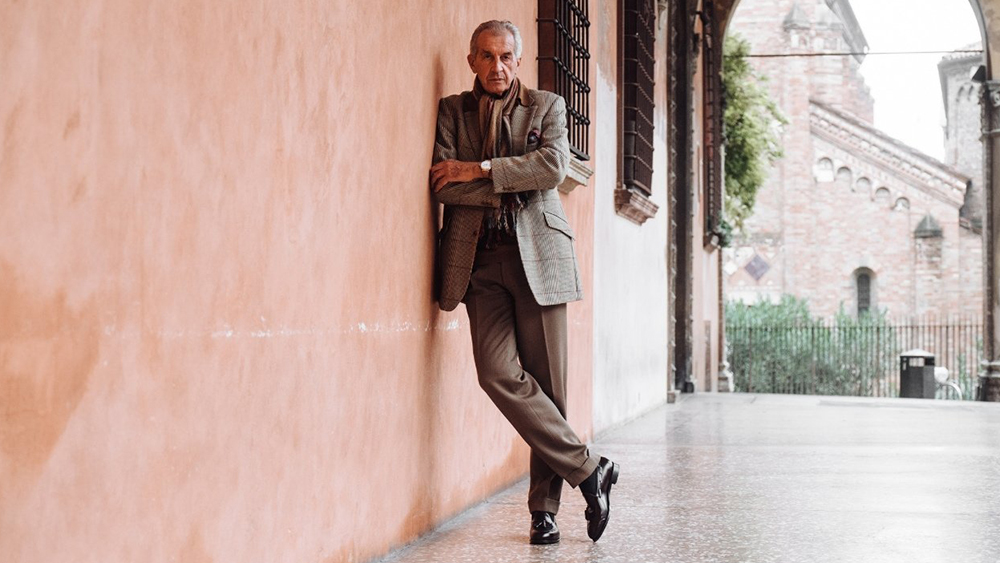 “There’s a saying in Spain that ‘in every Spaniard lives a king’ and that’s very inspiring from a patriotic standpoint,” says Berg. “However, that extreme pride often leads to the philosophy of always knowing best, which is a slippery slope since you live blindfolded from the rest of the world.” This inflated sense of pride, present in a handful of European nations, matched against Sweden’s humbler approach has permitted them to become a progressive nation in everything from technology (Spotify and Klarna are two great examples) to fashion.

One of the keys to Morjas’ success has been its effective communications; its latest campaign, providing an insight into the world of horological luminary Auro Montanari (otherwise known as John Goldberger), is a fine example. He’s not a model, an influencer or someone of an age typically seen in advertising, but he is unquestionably dynamic. It’s simple and effective marketing, packaged neatly and—most importantly—it’s unexpected.

Communicating is something that Swedish brands are generally very good at, but only because they’ve had to be. “The vast majority of Swedish brands produce their products outside of Sweden in the same factories as the rest of the industry,” says Andreas Weinås, one of Sweden’s leading style authorities and editor of King magazine. Because of that, he says, everything from look books to marketing is essential tools for communicating their uniquely Swedish allure. 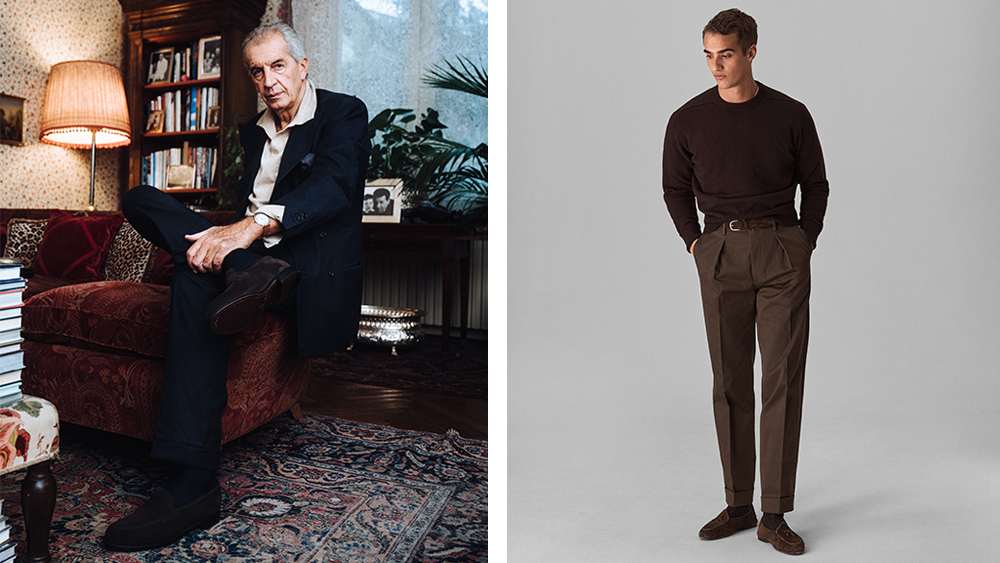 “What the best brands are doing now is shifting the focus from the product details to a greater concept,” says Weinås. “They tell a story that makes you want to be a part of the ‘Saman Amel universe’, for example,” rather than simply hawking a navy suit or brown sport coat.

Rubato, a knitwear-focused brand that draws influences from vintage menswear and produces compelling campaign imagery, is another noteworthy example that Weinås cites: “They’ve managed to create a characteristic look that defines their brand in less than two years.”

But Swedish menswear’s appeal is more than just effective marketing. It reflects an aesthetic that’s blissful and pure, one that’s particularly resonant right now. “I do think that contemporary Swedish style communicates modernity and progress in some sense and also, in a way, optimism—which we all certainly need at this point,” Andreas Larsson, creative director of Berg & Berg, tells us. 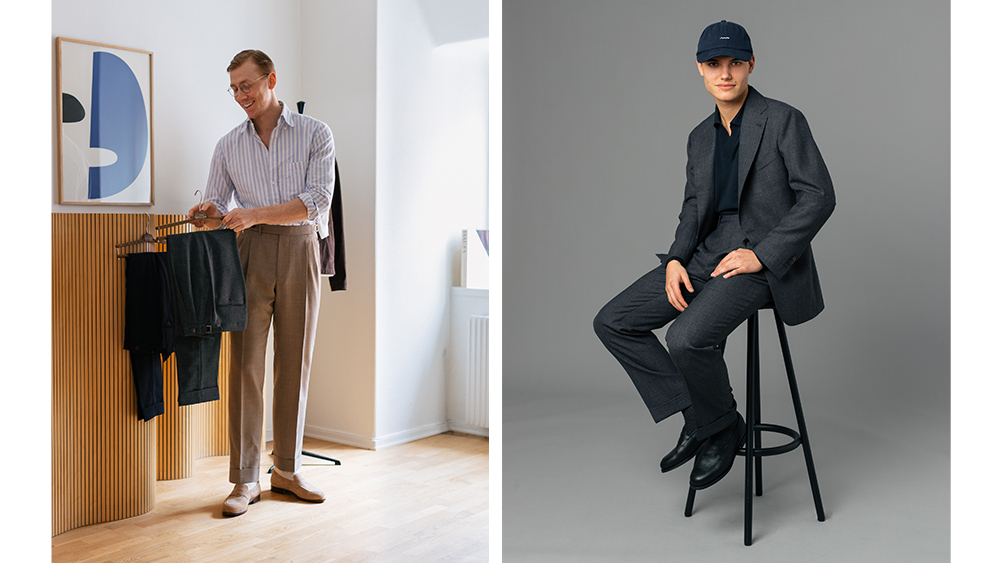 Working in the monotone, minimalist mode that is quintessentially Swedish but with the additional pop of colour, Berg & Berg is classic menswear with a dose of fun. “If you look at Swedish design history, there is much more colour than one would expect. From the patterns and colours of Swedish folk art to the floral patterns of Josef Frank, the subtle colours of the Swedish Grace period to the traditional deep reds and yellows used in architecture. This is something I think shines through in my designs,” Larsson adds.

There’s a delicate equilibrium to the Swede’s colour sense. One thing is certain: Their notion of monotone dressing is far from a lazy approach. “Swedish culture is a great balance between expression and moderation,” says Nathaniel Asseraf, owner of Gothenburg vintage emporium Broadway & Sons and trouser specialist Casatlantic. He boils it down to discernment, saying his compatriots are generally “quite picky with what we wear and how we wear it. So, if you can please a Swede then you can probably please a lot more people around the world!”