Cashmere is an unlikely candidate for controversy. It conjures up images of cosy, expensive scarves, made from the belly hair of goats roaming across the steppes of Mongolia, using techniques and skills honed over the centuries. It’s a luxe treat that has grown more accessible in recent years; check out the availability of cashmere knitwear in various mass-market stores, for example.

Yet even though the price of a cashmere sweater might have dipped, the costs are now higher than ever.

Much like one of the bitter winters, known as dzuds, that menace Mongolia, this age-old industry faces a perfect storm of challenges: rising demand, surging temperatures and plunging prices for raw materials, which should put cashmere into any ethical shopper’s crosshairs.

First, demand. Cashmere forms almost 7 per cent of the approx. $93 billion global luxury industry alone—more a problem than an opportunity when each goat’s yield is a meagre four ounces of finished fibre. Farmers have boosted their flocks to better cater to the new market; some 29 million goats graze the steppes today, almost five times the number 30 years ago. Such an increase in livestock would likely stress even plush pastures thanks to overgrazing, but the land in Mongolia is under its own duress. Ninety percent of the country is drylands and so especially vulnerable to desertification. Mongolia is a hot spot for climate change, where temperatures have risen by 4 degrees since 1940, compared with an average global rise of about 1.5 degrees. Of course, that warming threatens the very ecosystem on which the goats depend—the second major problem.

These two challenges are compounded by the crashing prices for raw cashmere. It was hard enough to ensure fair trade for the herders via the cashmere industry’s rickety supply chain, which yokes family herders to small processing centres and then to foreign mills with little connection to the herders halfway across the world. There’s no way to trace fibres and so make certain that herders received a proper price for the cashmere that is knitted into a $1,000 sweater. Add to that the pressures of the pandemic: after matching all-time highs in 2019, prices for raw cashmere recently plummeted by almost half. Mongolia’s largest processing factory, Gobi Cashmere, has already laid off
10 percent of its staff as a result, and insiders report that many brands have pulled back on purchases, relying on existing stocks rather than buying more wool—and exacerbating the glut. 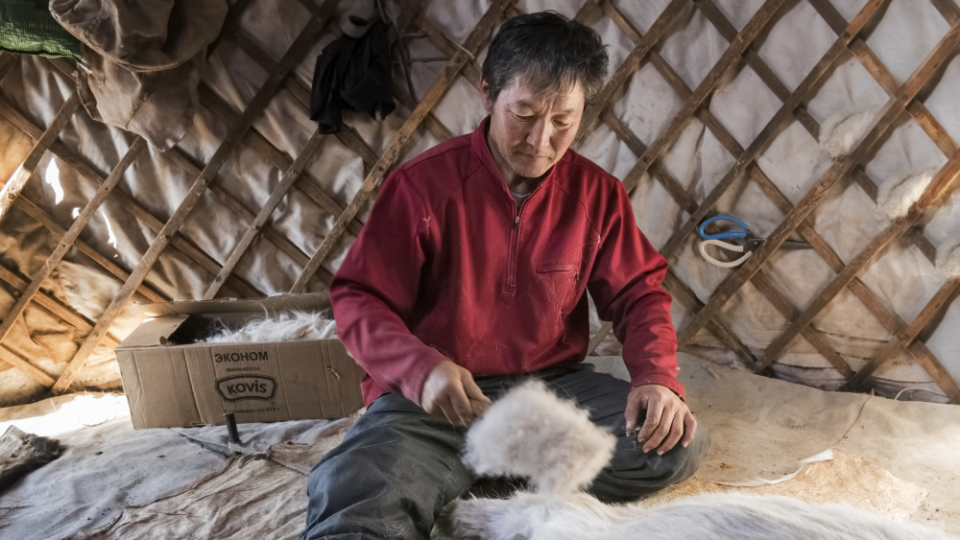 These are just the issues in Mongolia. Today, there’s an enormous cashmere-producing industry across the border in China, too, and the rival operation there has its own ethical challenges: animal husbandry at the enormous, industrial-style farms, for one thing, as well as the risk of fraud. Two long-term cashmere-industry executives warn of the constant risk of Chinese producers bulking out their fine cashmere with bleached camel hair or extra-fine merino wool. One of the sources calls them “past masters at adulterating fibres”.

Clearly, then, there’s a yearning need for a yarn standard. Think of a Woolmark-style assurance for the cashmere niche guaranteeing a luxury consumer that their ultra-soft sweater hasn’t caused hardship at its source. It’s a conundrum the industry recognises very well. If only businesses were tackling it properly. Instead, rather than companies coordinating efforts, a series of rival programs are jostling for prominence as the de facto soft-gold standard; two are already in operation, and a third is set to launch soon.

The first is run by the UK-based Sustainable Fibre Alliance. Its SFA Cashmere Standard promises adherence to five freedoms, including freedom from discomfort and thirst for the goats. Among its 45 members are Burberry and Johnstons of Elgin, one of Scotland’s foremost mills and supplier to the likes of Brora.

“There’s a code of practice, around grassland management and animal welfare, and herders have to achieve a pass score,” says Simon Cotton, CEO of Johnstons, of the certification, which aims to help improve the quality of the goat hair while allowing grasslands to rebound, among other things. This year, for the first time, 80 tons of raw fibre were produced with SFA certification. Cotton proudly reports that it traded at 10 percent over market price. But the yield is a tiny amount, given that Mongolia’s total annual production capacity is 9,400 tons. It’s not yet possible, either, for a shopper to know whether a given item was made from SFA-verified cashmere, though the group says that member brands will be able to promote certified products—made with a minimum 33 percent of approved fibre—by next year. The nonprofit plans to launch a Woolmark-style hangtag, but for now the program operates only behind the scenes. 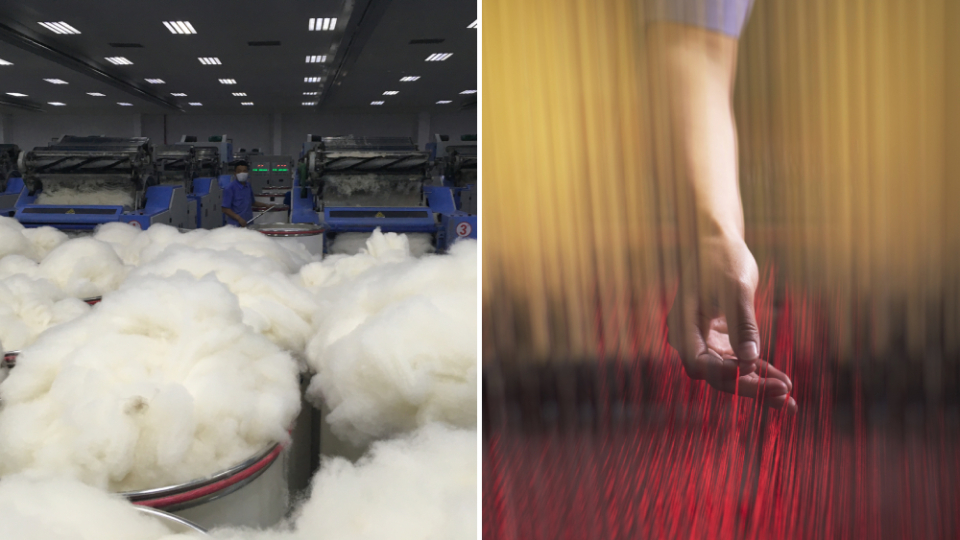 Conversely, walk into a Hugo Boss store later this year, and you could pick up a garment touting its production under the Good Cashmere Standard. A separate, rival nonprofit operates this certification—the German-based Aid by Trade Foundation —with a smaller number of partners, including Boss and Lacoste. The process operates at a grassroots level, including sending teams of verifiers into the field firsthand; earlier this year, they quarantined as a precaution during the pandemic so that they could complete their checks on animal-welfare, environmental and social practices in Mongolia.

“Nothing we do is based on charity or donations,” says Tina Stridde, managing director of Aid by Trade. “It’s all about activating the trade or retail sector to raise the bar of sustainable, responsible trade.” Its certification is offered in two tiers, with the premium level including a DNA-tracing system developed with Swiss firm Haelixa. An invisible liquid is sprayed on raw wool at the buying stations, soon after the hair has been combed from the goats; these fibres can then be tracked throughout production.

Yet this system has one major drawback: it operates only among the industrial farms in China, and there are no plans to extend its verification to the countless herders across the border in Mongolia, where cashmere is the top non-mineral export.

To the mêlée add a new, third program, the South Gobi Cashmere Project, or “Goat to Coat”. It’s a team effort from mining conglomerate Rio Tinto, French luxury group Kering and the Wildlife Conservation Society. Kering, the parent company to Gucci, Balenciaga and YSL, among others, has impressive sustainability bona fides, having launched almost a decade ago its EP&L (Environmental Profit & Loss) program to track the eco-impact of its production. In 2016, it even developed an app that shoppers can use to learn the production history of individual items. Initially, Kering pledged to the Sustainable Fibre Alliance but broke away four years ago for what a spokesperson says delicately were “internal strategic reasons”. It found a willing partner for its stand-alone efforts in mining giant Rio Tinto, which helped underwrite the initiative as part of its own program of environmental offsets around its operations, in this case the Oyu Tolgoi copper and gold mine in Mongolia.

Katrina ole-MoiYoi, Kering’s sustainable sourcing specialist, is closely involved with this program, which aims to use high-tech methods to improve the sustainable standards in cashmere, as she explains. Take goat herding, for which it’s harder than ever to find fresh grasslands. The answer, says ole-MoiYoi, lies in part with NASA and Stanford University. The space agency uses satellites to monitor rainfall and weather patterns worldwide; it passes such data on to scientists in California, who can use computer modelling to predict when deluges or droughts might occur. Under the South Gobi initiative, program managers are then equipped with these grazing forecasts and work directly with the herders to move their livestock strategically, keeping the goats fed while also allowing vegetation sufficient time to recover. 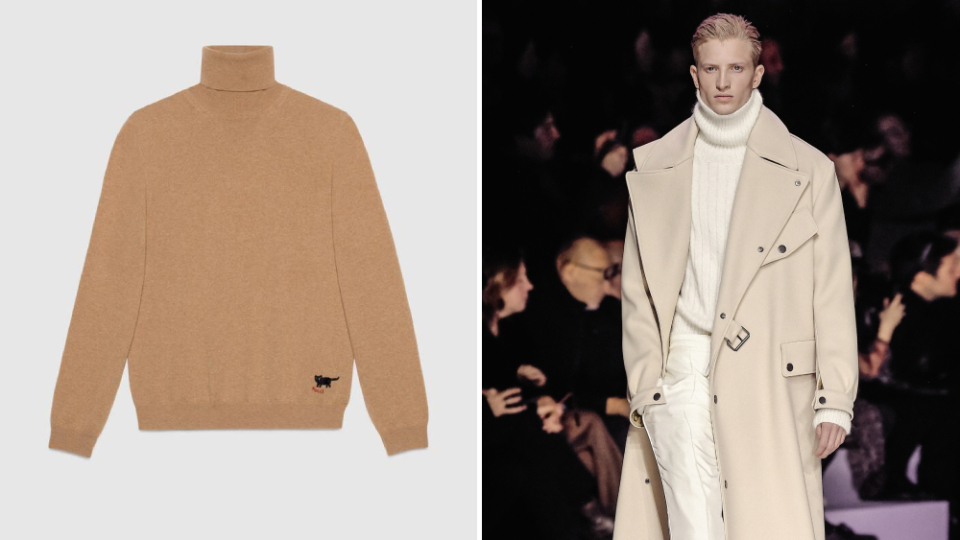 But as smart as this program might be, it’s aimed at addressing challenges only in the Mongolian supply chain rather than cashmere as a whole, including China. Kering also says it’s up to the individual brands whether to create customer-facing certifications—say, a “Cashmeremark” —that would guarantee sourcing to a shopper. In the meantime, it’s another corporate scheme to which luxury firms can pledge adherence. As yet, Kering has not confirmed other partners.

Each of these efforts is admirable, of course, but for a consumer, the confusion and challenges are likely to persist.

One luxury executive says that an industry-wide benchmark is almost impossible to establish, owing in part to rivalry between the two main cashmere-producing nations, Mongolia and China, locked in a long-standing tussle to establish primacy. In truth, they are separate but equal: China’s fibres are often white, but can be finer and so less strong, while Mongolia often produces flexible, durable hair that tends to be grey, cream or brown in colour. Chinese authorities, then, would adopt an industry-wide benchmark on one condition: if its parameters skewed so as to establish, permanently, that Chinese cashmere was better.

But locals doubt that even a program aimed only at Mongolia, where the problems are more acute, can easily succeed. Ulziibodijav Jambal, known as Bodio, lives in Ulaanbaatar and owns a knitwear and dehairing facility. He notes that many of the workers in such programs are shipped in from overseas.

“It is nearly impossible to have a clear understanding of this very unique community of people unless you are born and raised among them,” he tells Robb Report. “Most projects usually involve more international marketing expertise than local experts who can relate them to herders’ lives. This leads to a false impression of what they can achieve but without having proper understanding of the root of the problem they need to face.” 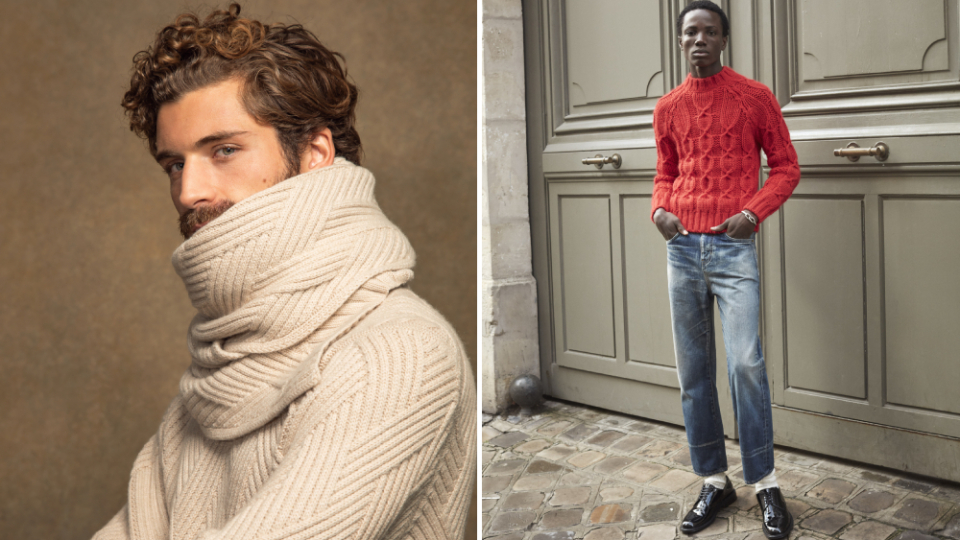 Take, for example, asking herders to decrease the number of animals in their flocks and so, in theory, boost the price of cashmere. It won’t work, as China has an effective monopoly on pricing, buying 80 percent of the raw wool from Mongolia to process into yarn in its factories. Put another way, it’s China, rather than the law of supply and demand, that determines what herders earn per gram.

Until there’s a clear, industry-wide solution, then, perhaps it’s best to look elsewhere. Wendy Pieh lives in Bremen, Maine, and runs the Cashmere Goat Association. Her small herd of goats is among the 10,000 or so animals farmed Stateside. They develop their warm, thick coats as a result of the brutal New England winters, and Pieh sells small-batch fibre and yarn to niche customers, both amateur knitters and professional designers, including Jeffrey Monteiro of J.M. Generals. Her product is a guilt-free luxury. It’s local, traceable and sustainably farmed on land that isn’t overgrazed. And it’s very expensive, as she explains, quietly proud. “You can buy Mongolian cashmere online for half what I sell it for.”