Where Craig announced himself in Skyfall while thrusting “OB” into the wider world via his memorable sporting of a pair of blue Setter shorts, the latest film sees Daniel Craig wearing the label’s T-shirt.

It’s a nondescript everyday sartorial play, but one that represents Orlebar Brown’s current progression to a point where it’s now much more than simply a swimwear label of allure, considering what is an expansive lifestyle collection.

We spoke to label founder Adam Brown about the 15 years since inception, the power of Bond and further expansion into Australia with a new Melbourne boutique. 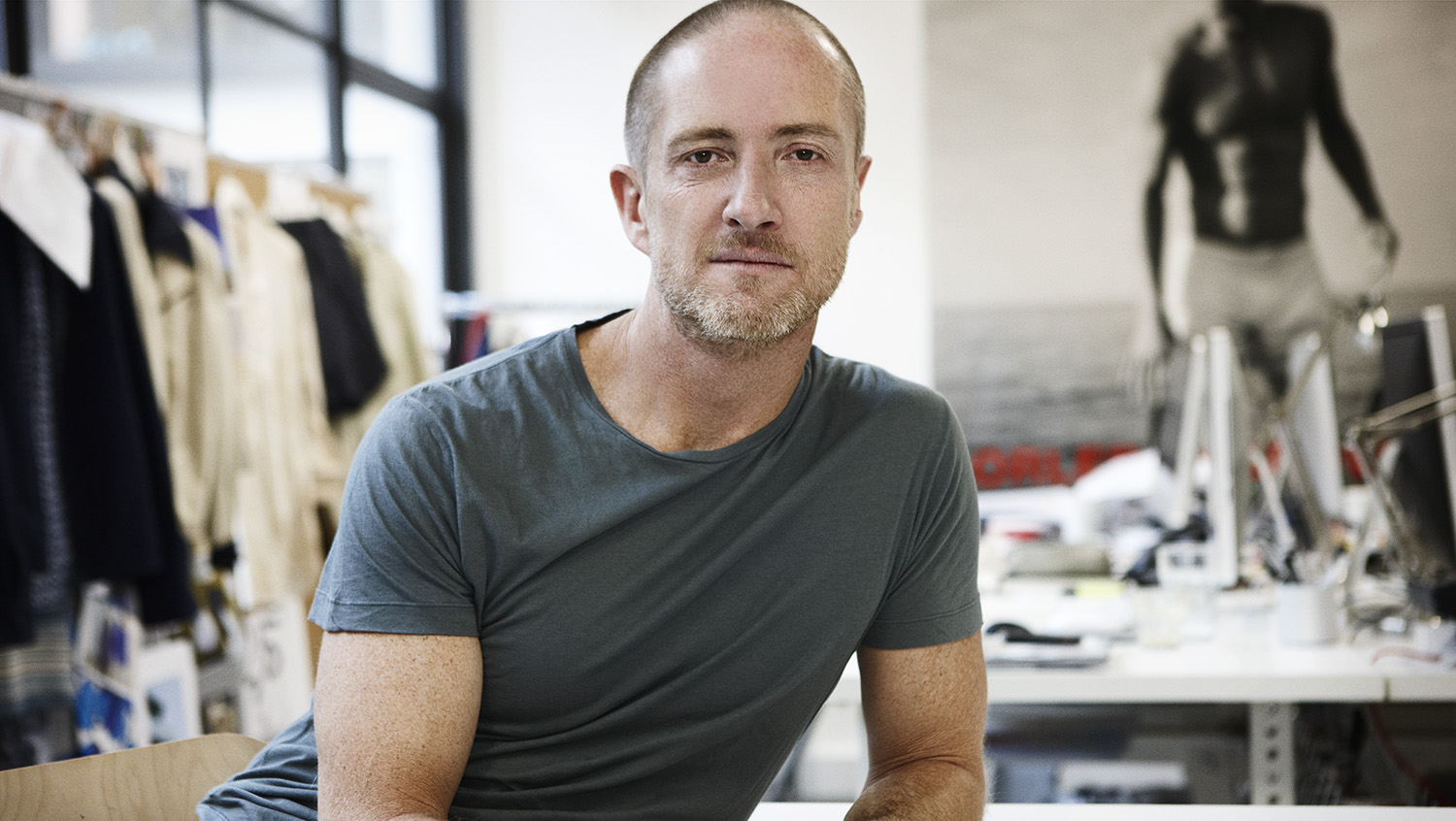 Robb Report: Let’s talk about Bond given its currency. What did that franchise deliver you as a brand with Skyfall? That’s marketing money can’t buy, right?

Adam Brown: Like many brands, Bond was part of our mood boards from the beginning, so we got it right, we became what we intended to be, that’s the feeling you get beyond the sense of pride. Bond is about adventure and romance and travel and humour, all these values that are relevant to OB so the partnership felt very natural … But Skyfall was a pure fluke. We had no idea it was coming, and it had a huge impact on our business and showed that when you reach an international customer through a franchise like that, yes, it really moves the needle.

RR: When you launched, you came to market focused on a specific customer, and at a very specific and elevated price point. And you’ve never wavered on that—you asked people to get over themselves a bit when it came to what was then just swimwear and to invest in quality. We imagine there was some initial
push-back on that outlook …

AB: Ask any customer about a brand and they’ll say it’s too expensive … I personally have this thing about “buy cheap, buy twice” and that drives me crazy. Our shorts, there’s 60 elements that go into the making of one pair, and there is a cost to that. And let me tell you, the margins at the beginning of the business weren’t good. We weren’t a business, we were a hobby.

RR: You had to educate the market—what was that messaging?

AB: We did, and “tailored” was our key message—you know, a suit has a value … Look I never really doubted it and I’d rather do something I love than something I don’t care about and so I’d rather make something that I think is really good … Because it’s easy to be average.

RR: Why so confident?

AB: I wasn’t confident … But I believed in the product. Did I believe everyone else wanted that product? No, but I made what I liked. And what we were doing, it was an easy message to understand as it wasn’t, “here’s another pair of swim shorts”. It was a tailored approach, it was a short you could swim in from beach to bar. And that enabled us to cut through quicker. We had this one product and a clarity of message and we focused the customer around one thing.

RR: And yet now the OB label delivers so much more. You’ve expanded the offer substantially.

AB: Yes, we’re no longer only a swimwear brand—only 30 per cent of our sales are swim now … Today we’re a lifestyle fashion brand based around holiday—“to holiday better” is what we say and essentially what we do. Whether it’s downtime with family or friends exploring new places, being social, dancing on the table, meeting a new girlfriend or boyfriend—that should be the spirit of OB.

RR: Australia has obviously worked well for you and continues to do so—you’ve recently opened another boutique, this time in tropical Melbourne. Talk about this market and also your desire for bricks and mortar. What do physical stores deliver in a time of e-commerce?

AB:  Early on we saw product being ordered [from Australia] in the UK. There was always a demand for it. And I never really felt that the “Aussie aesthetic” was true, you know, that it was all “boardies” and surfy, and so we launched and have just continued to grow and people have aligned with the brand. And we firmly believe in retail—you build a relationship with a customer far better in a physical environment, and I think getting to know the person, that’s proving to be successful for us.

This piece is from our new Car Of The Year Issue – on sale now. Get your copy or subscribe here, or stay up to speed with the Robb Report weekly newsletter.