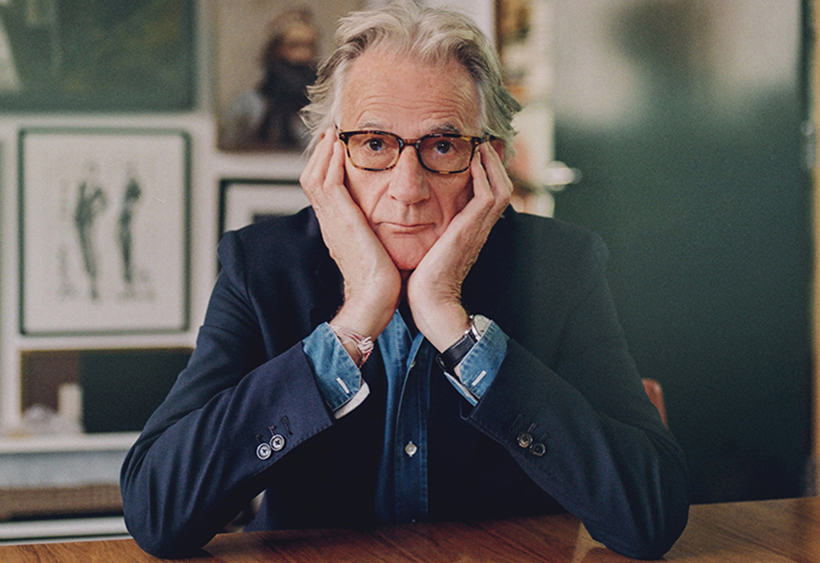 Smith speaks candidly on his new foundation and shares the best advice of his career.

“People tell me this is the good one,” laughs Sir Paul Smith. The legendary designer is casually remarking on the Companion of Honour award that, on the same day as his brand’s fiftieth anniversary, Queen Elizabeth II bestowed upon him—a rare distinction limited to only 65 Britons at any time. “It includes David Hockney, Attenborough, and Dame Judi Dench…” he explains. “Good company, eh?”

This year marks five decades since a 21-year-old Sir Paul grew his business from a ten-by-ten-foot shop in his hometown of Nottingham into hundreds of stores across the world. Today, Smith is recognised globally for classic cuts with whimsical, vibrant motifs and many-coloured stripes, and inspiring generations of menswear designers. Anyone else might want to rest on those shiny laurels (even for a moment) but Smith isn’t one for stasis. On the very day the Queen’s honours arrived, he revealed Paul Smith’s Foundation, a digital resource that gathers his decades-worth of advice to support people in the creative industries.

It is just the latest in Smith’s career of ever-inventive moves. Another example: if you’re cruising down Melrose Avenue and spot a large, bright pink box dazzlingly sat between the drab buildings, that’s Paul Smith’s LA flagship. “We had to decide how to stand out,” he laughs. “You know, it’s one of the most Instagrammed buildings in the whole city?” Smith attributes such ideas to his interest in “lateral thinking”, something he traces to a lecture he saw by British philosopher Edward de Bono: “This advice took me from a small, provincial town shop owner to my first Paris fashion show.” Now, he hopes visitors to his foundation will be able to apply his advice to their own careers.

We spoke with Smith about the new foundation, the greatest lessons he’s learned and what’s in store for the next fifty years. 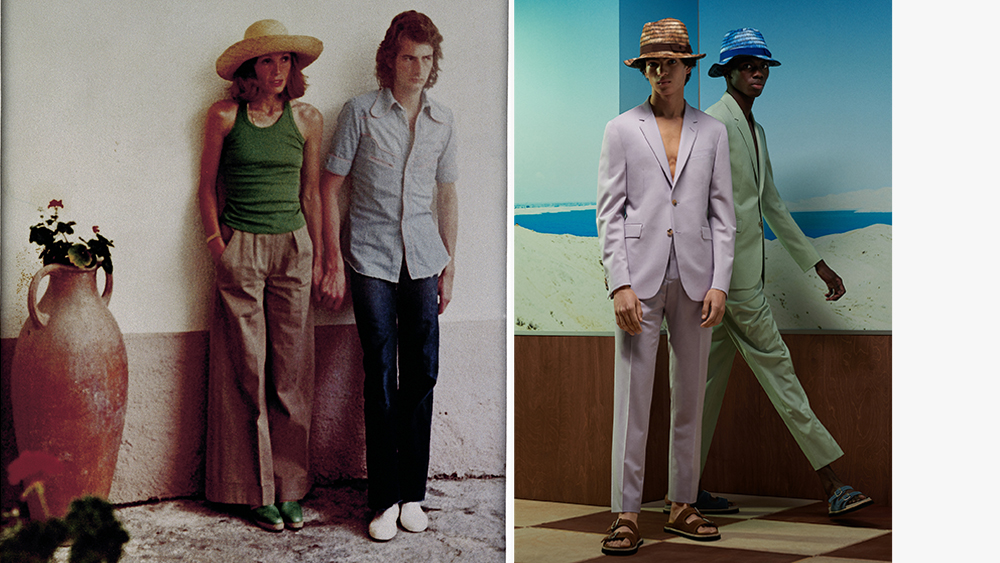 How has the past year been for you? Quite a year to celebrate an anniversary…

Rubbish! Usually, our HQ is full of people, but I’ve been here alone. I miss the atmosphere. Thankfully we had a fashion show in January and we were able to celebrate the fiftieth anniversary in Paris. The party was lots of fun. Jimmy Page from Led Zeppelin was there, Bill Nighy and many others … Then, of course, October 9th was the anniversary, and on the very day, Phaidon released a Paul Smith commemorative book and I got another honour from the Queen! There is lots to reflect on, but I haven’t changed much after all the success. I’m still the lad from Nottingham who would cycle home to eat my beans on toast.

You didn’t always set out to be a fashion designer. How did that happen?

Right. I wanted to be a professional cyclist. I’m still immersed in that world, actually. [Tour de France winner] Bradley Wiggins was here just the other day. The room I’m currently in has five bicycles, and there are more next door. But after an accident at an early age, life took a new direction. My entry into fashion all started when I was 21 years old, after meeting my current wife Pauline in 1967. She was training as a fashion designer and would teach me how to make clothes in the delicate manner of the Parisian couturiers—how to properly cut a garment, and the way it drapes on the body. These are things they don’t teach you today, and she gave me a masterclass on our kitchen table.

How did the idea for the foundation come about?

I’ve seen a lot of innovative designers crumble because the ideas were great, but the product or thinking wasn’t right. They didn’t push or do more on the business side because no one told them. Ten years ago, the thought came to me that I’d like to help young creatives in some way to learn these things. And to be honest, I’m excited to see what the foundation can become. It’s still new but there are lots of plans for travel scholarships and mentoring ahead, so it’s worth keeping an eye on. I just love building strong connections and supporting creativity; we already train or give work experience to students from the likes of Saint Martin’s and various other schools, so why not share the advice with more people? 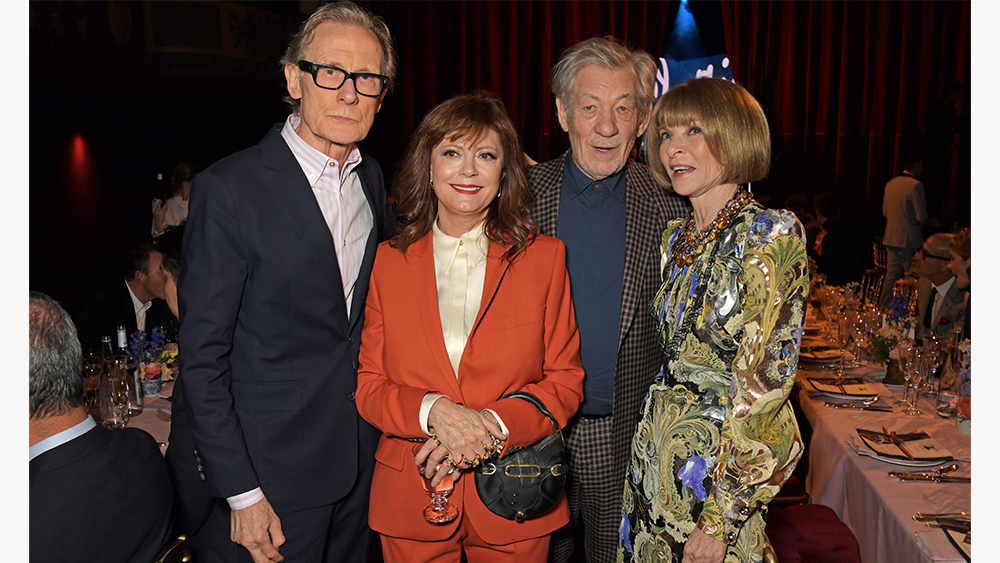 How did you whittle fifty years of wisdom down to what we see on the website?

In my office, on my desk, I have a folder of ‘middle-of-the-night-notes’. I often get jet-lagged travelling for work and would struggle to sleep, and at hotels like the Chateau Marmont, they leave you these small notebooks by the bed. In the middle of the night, I would just jot down random, honest thoughts. You know, positive things. Over the years, I saved them in this folder, never expecting them to be read. And one day, a member of our team pointed over and took an interest in the folder. After flipping through all those notes from Tokyo to Los Angeles and beyond, we decided it was the right place to start.

If you had to choose the greatest lesson you’ve learned over the past 50 years, what would it be?

When I was designing fabrics at a mill in Bradford [northern England], I was advised: “When people offer you something, respond with enthusiasm, but wait until the next day to give your answer.” Whatever sounds amazing at the time comes into focus the morning after. Throughout my career, I’ve been offered incredible projects but I’ve had to think smart and consider what’s appropriate, irrespective of money.

It’s the planning side of creativity I mentioned: the ‘Monday, Tuesday, Wednesday, Thursday’ of invoices and emails, that allows for ‘Friday, Saturday, Sunday’ to be filled with your glorious creative ambitions. Our motto at Paul Smith is “Never Assume”. Be prepared for anything. When I was made a knight, it was placed on my coat of arms. It’s a left-field idea, sure, but the motto below is there as a reminder, an outlook that has got us to where we are today. 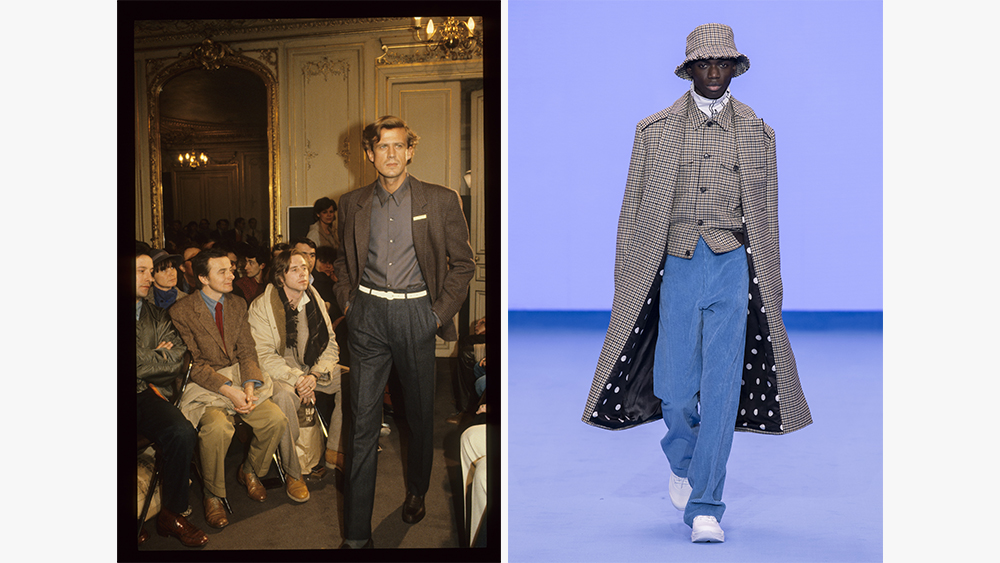 A look from Smith’s first runway show and from his current autumn-winter 2020 collection. Paul Smith

The fashion industry has changed so much in 50 years—do you still find it as interesting as when you started?

I still enjoy it, but that’s because I’ve remained independent. I’m lucky to be able to make my own decisions, decide what’s best for the brand without being leveraged by a financial institution of some sort. Fifty years later, customers still love us for us, for what we offer. We don’t just get one age group, but somehow draw in everyone. And I’ve tried to introduce a young, diverse team in the brand to help steer things along.

You should always have good manners in business, including fashion. I learned that from Dad. It was his way: to treat others the way you want to be treated. To be a gentleman, not a snob. We prefer to keep it fun here. It’s fashion, not heart surgery.

You’ve accomplished so much already. What’s something you’d like to achieve in the next 50 years?

Yes, I’m going for the ‘Full English’ of royal honours! I’m joking—seriously, I’m happy with the now. It’s the continuity that gets me most excited, what I love most. I’m always learning. I also want to make sure that I’m there for the people in my life. I’m sure [my wife] Pauline will continue to be an inspiration, she always has been. We love each other. There’s this thing she says to keep me grounded, and it always sticks in mind—it helps me carry on and improve. Fifty years on, she’ll say: “Nobody cares how good you used to be.” And you know what? She’s right.