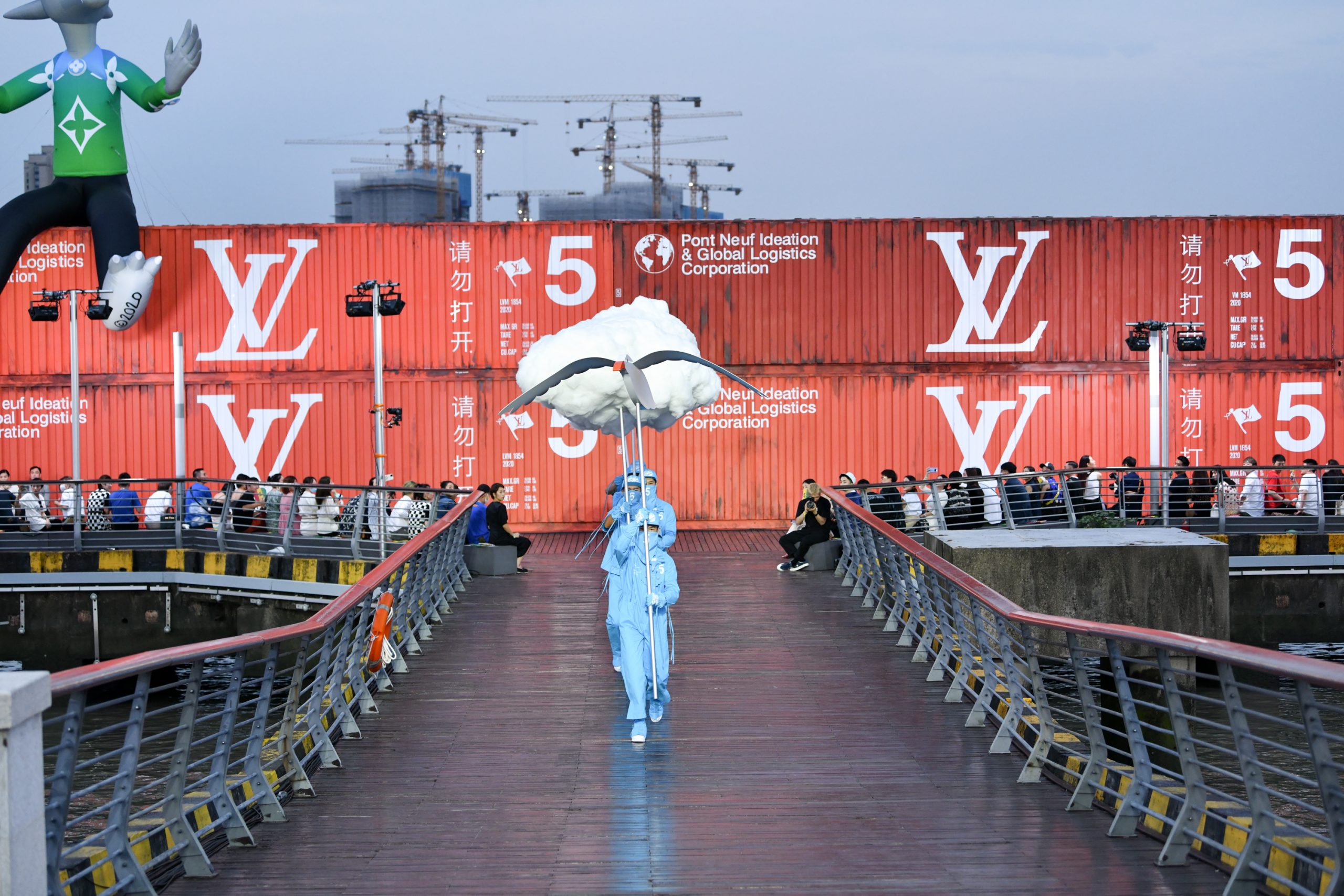 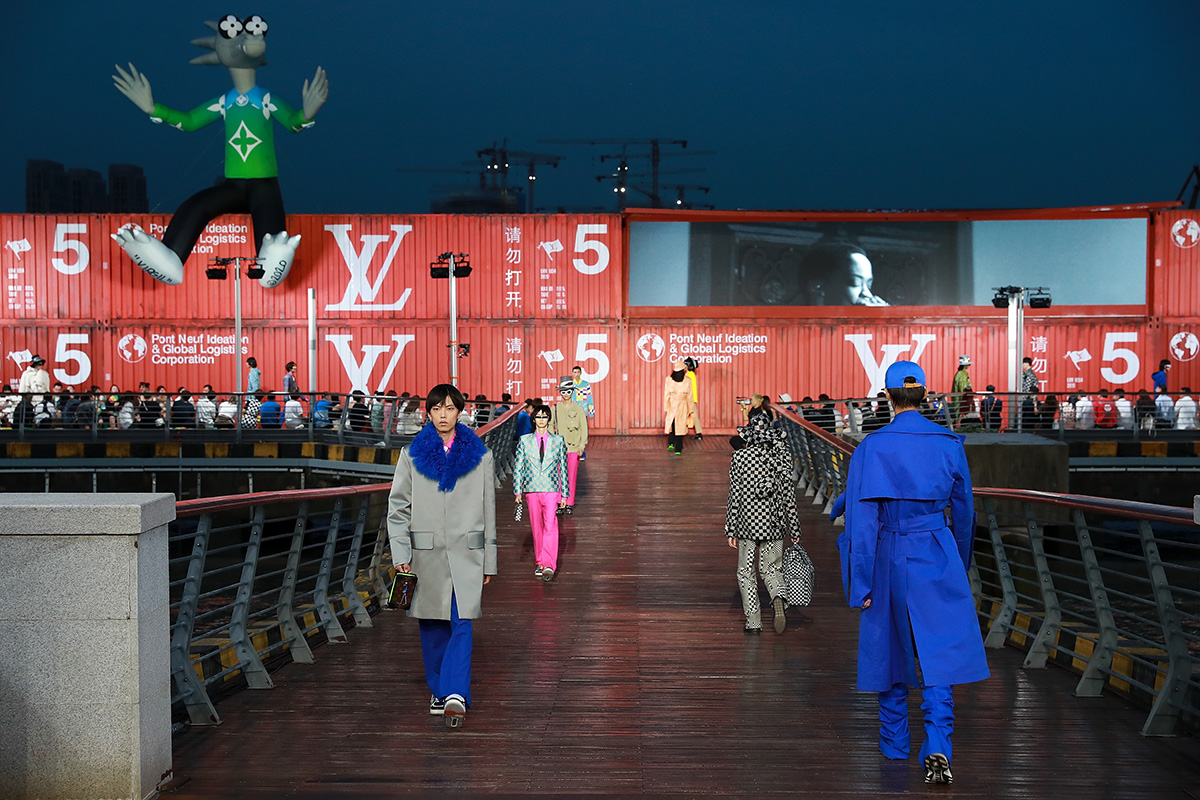 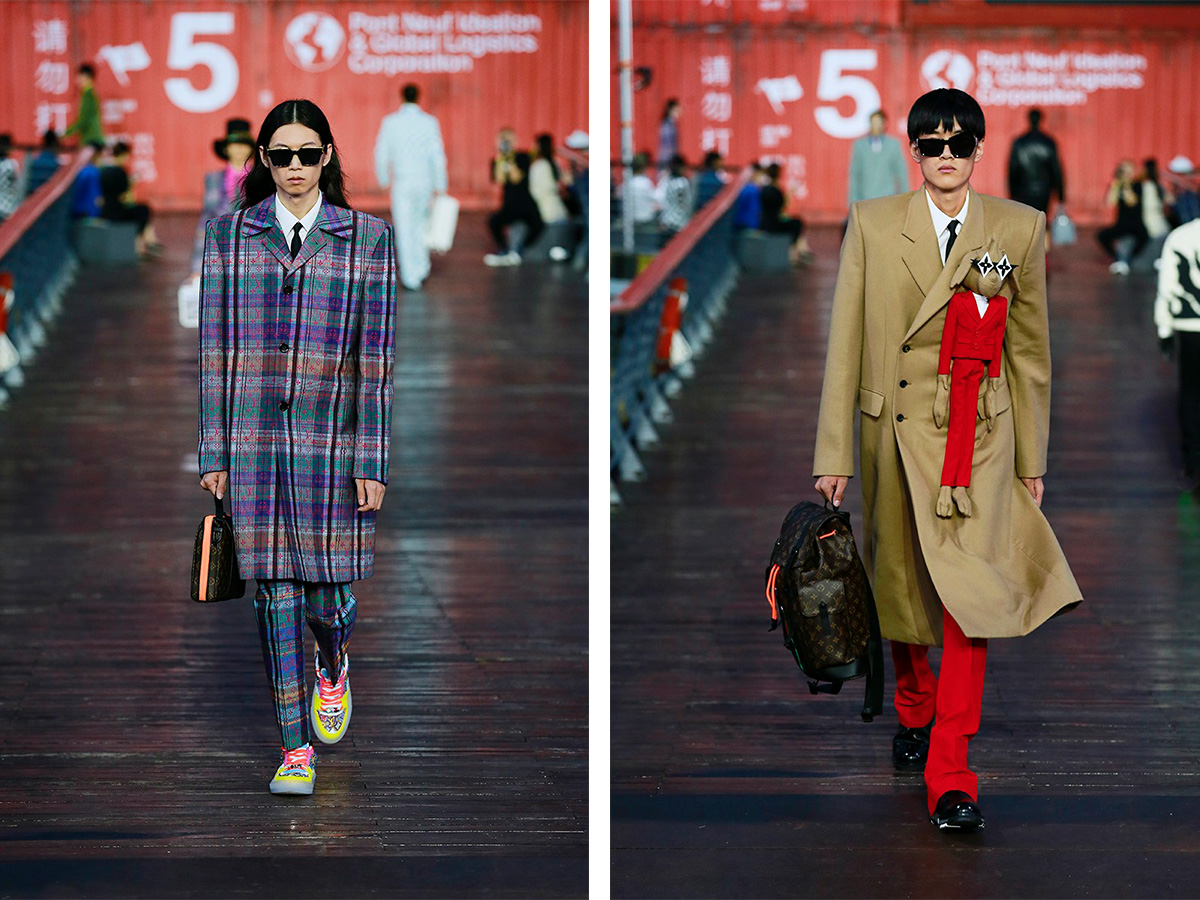 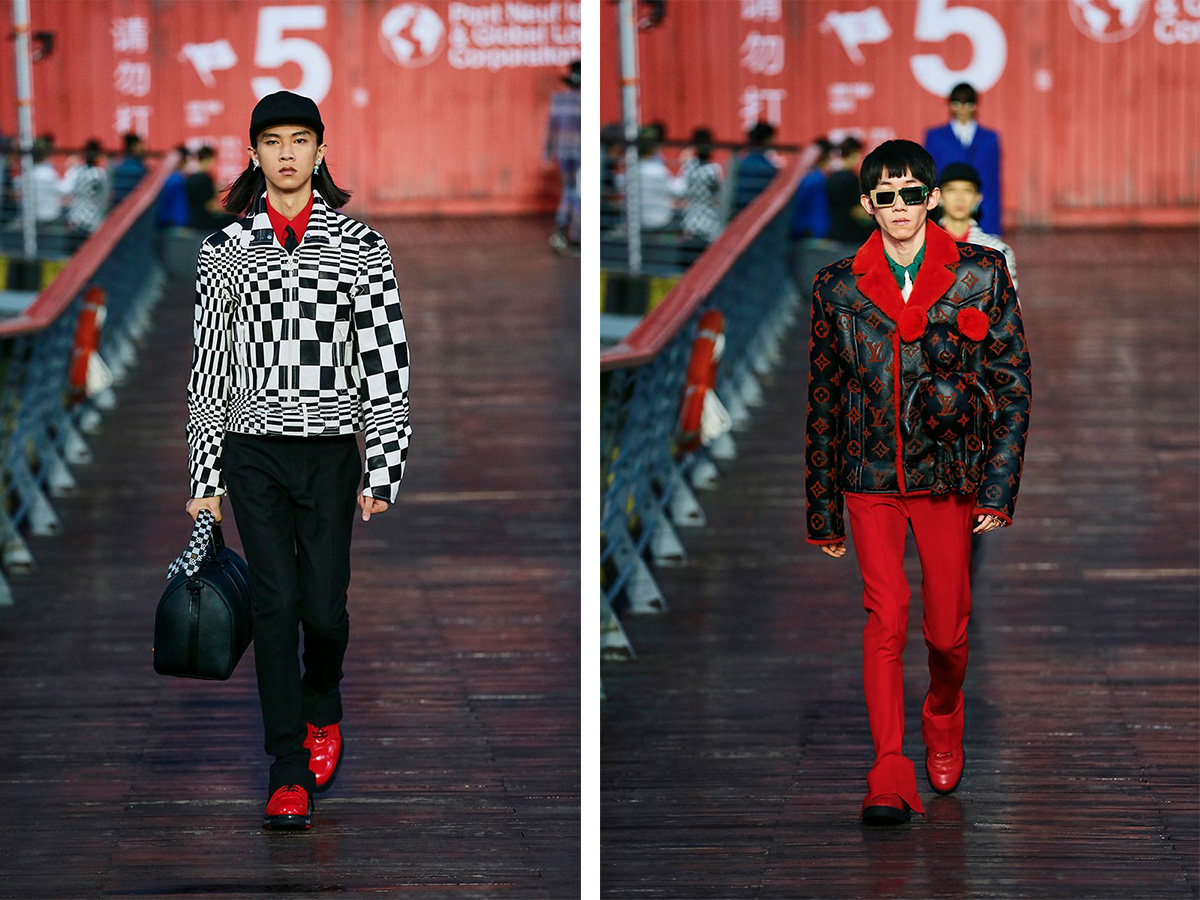 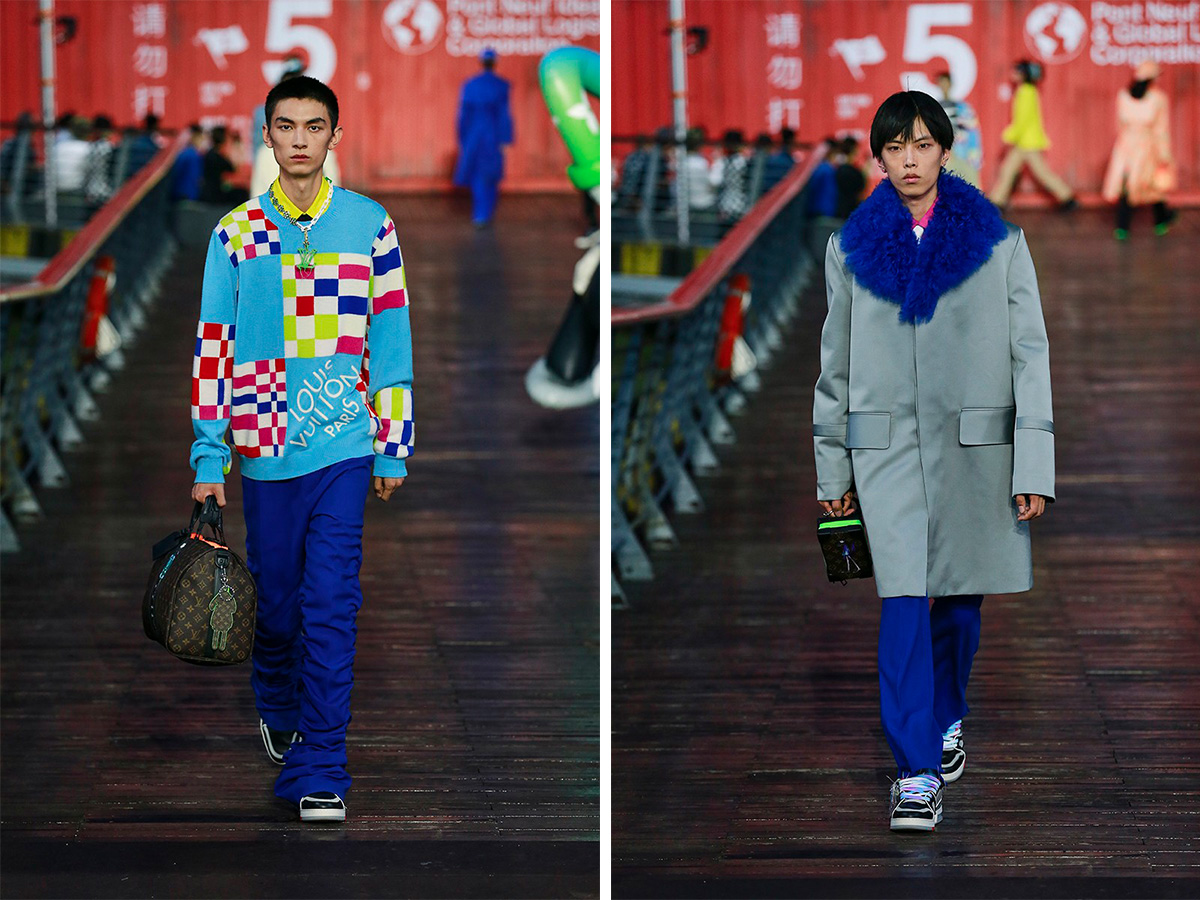 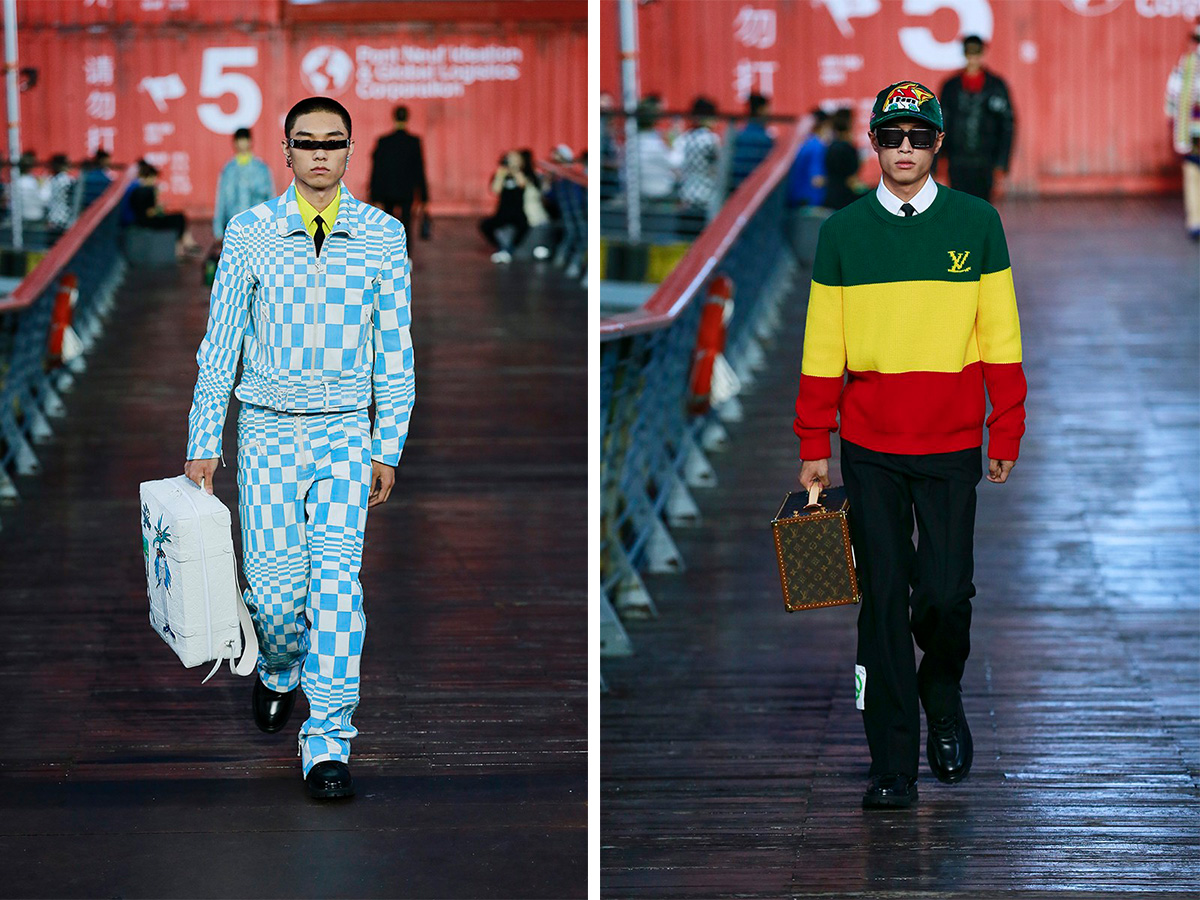 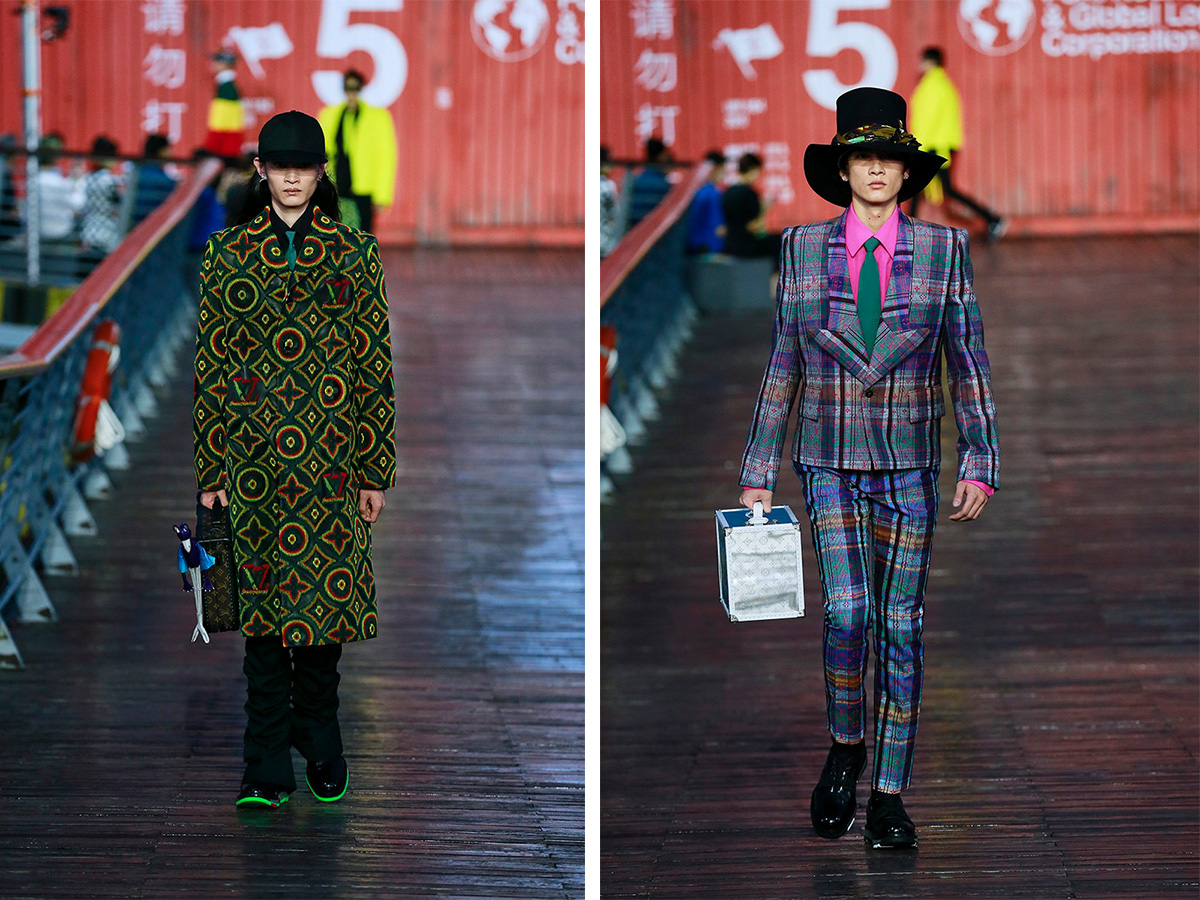 One of the most commonly-heard observations during the pandemic is that our grasp on time has turned feeble and diffused. Without the structures that office commutes, dining out and social excursions provide, the days and weeks have indeed begun to blur together. So, in a way, the decision from Virgil Abloh, Louis Vuitton men’s creative director, to ditch the strict bounds of seasonal collections could never come at a more apt time.

Revealing earlier that he would recycle and reshow clothes from a prior collection, Abloh combined them on Thursday with new looks drawing on Seventies African tailoring and ska-influences for a playful and zany parade at the Tank museum here.

“This is debuting my future format of shows,” Abloh says by phone from Chicago, unable to travel to China himself due to COVID-19 restrictions. The show here, in some updated form, is later headed to Tokyo. “Having this quarantine period to be more thoughtful has really had me add layers and depth to my work. It’s had me question things.”

“We as humans want new things, we always want to go forward; the newest, fastest, shiniest things…,” he acknowledges. [But] if my collection I debuted in January I believed in, by the time it gets to July, I still believe in it. It’s not that it’s so old that it can’t be seen ever again. I’m questioning that system by proposing that my collections are all as one.”

Running throughout the show, which took place against a backdrop of cargo shipping containers, was a childlike sense of wonder and a festival feeling, with the designer citing Disney more than once. Many of the new looks included the “Zoooom with friends” stuffed toy characters peeping out of suit pockets or clinging to sleeves or bags. The outfits paid homage to Abloh’s father and African tailoring over a European fit, which Abloh summed up as “a stronger shoulder and a more, sort of patterned fabric.”

A dragon dance weaved down the runway early on and then between collections, a parade of large inflatables were brought out, including one in the shape of the planet, a rainbow and a dove. Kris Wu, the singer-actor phenomenon, closed out the runway wrapped in an inflatable “Zoooom with friends” character many times larger than himself.

Diversity and inclusivity were front of mind for the designer too, who in recent weeks has found himself at the centre of Internet umbrage over the Black Lives Matter movement, although it manifested in a much different way given that this show took place in China.

While the model casting would have been the most visible way to have incorporated that, given current circumstances and a less ethnically diverse talent pool to draw from, Abloh focused instead on the many creators he partnered with for the show — stylist Ibrahim Karama, who the designer pegs as one of the most important of this generation, to photographers who shot the look book and for music, Lauryn Hill, who filmed a performance that played during the show.

“When you look under the hood at the talent for creativity, that team is primarily all Black to showcase,” Abloh said. And for more conspicuous references, the colour scheme of the invitations and decor featured the bright colours of the Ghanaian flag, reflecting Abloh’s West African heritage.

Given this emotional and volatile year, Abloh said ultimately he wanted something nourishing for the soul.

“It’s just peace,” he said. “We, as humans, need peace and hopefully beauty can bring us peace and positive energy. That’s what my collection is about. It’s with all intent to showcase what’s good in the world, that which can make a kid smile and bring joy to an adult.”