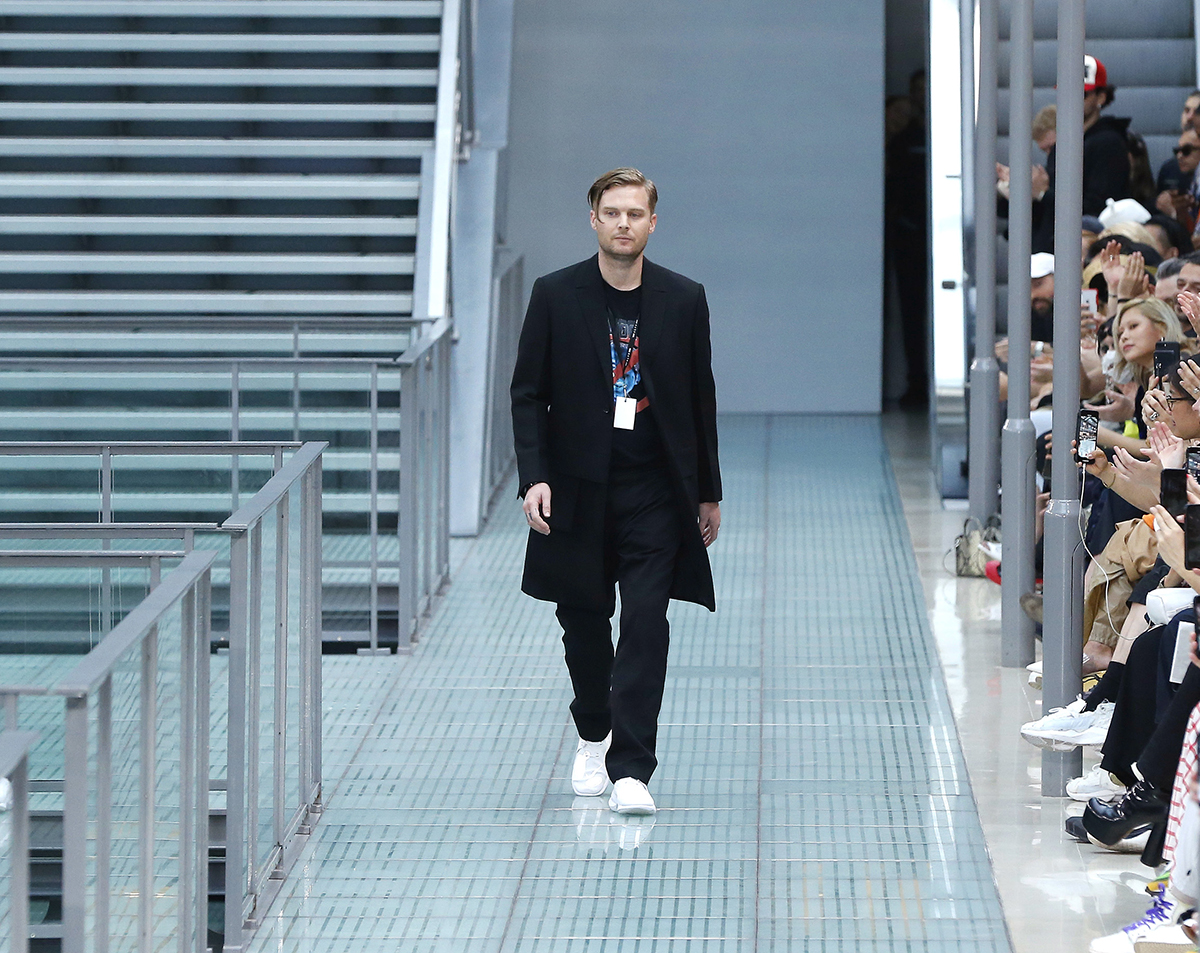 The American designer behind the 1017 Alyx 9SM label and a key ringleader of the luxury streetwear scene, Williams becomes the French house’s seventh couturier. Starting on June 16 Williams is expected to present his first designs for Givenchy in October.

In a statement, Williams describes Givenchy’s new era as one “based on modernity and inclusivity.”

“In these unprecedented times for the world, I want to send a message of hope, together with my community and colleagues, and intend to contribute towards positive change,” he says.

He continues, further expressing gratitude to Givenchy parent LVMH, “for trusting me with the opportunity to fulfil my lifelong dream.”

A voice note from our new Creative Director, @MatthewMWilliams.

“The maison’s unique position and timeless aura make it an undeniable icon and I am looking forward to working together with its ateliers and teams,” he adds.

Williams assumes all creative responsibilities, including women’s and men’s collections.

His arrival thrusts Givenchy back into the realm of buzz, cool and cultural urgency that it last enjoyed under Riccardo Tisci, who deftly gave the aristocratic brand a subversive edge with his Rottweiler T-shirts, muscular tailoring and Goth-tinged gowns.

While perhaps best known for his rollercoaster buckle and collaborations with Nike, Moncler and Dior, Williams, 34, is seen as a driven, versatile fashion talent with a sharp vision, strong cultural and artistic connections, and formidable technical chops.

The Chicago-born talent, who worked with Kanye West and Lady Gaga earlier in his career, has in recent years been based out of Ferrara, Italy, a key hub for craftsmanship and headquarters for his Alyx brand, founded in 2015. Williams is to relocate to Paris, while maintaining his independently-owned Alyx brand.

He arrives at Givenchy in a difficult context, the coronavirus pandemic having deflated a lengthy luxury boom and jeopardised fashion’s most sacred ritual – the fashion show. While organisers of Paris Fashion Week are hoping to schedule physical shows this spring, several brands are proceeding with alternative formats in anticipation of travel restrictions and continued social-distancing requirements.

Beyond that, his challenge will be to quickly galvanize the house around yet another new aesthetic – and fast. Tenures at heritage brands have been getting shorter, and the current environment seems to favour luxury’s giant players including Louis Vuitton, Chanel, Dior and Gucci, whose scale affords multiple advantages.

While market sources peg Givenchy’s revenues at over 1 billion euros, if you include its vibrant fragrance and beauty business, the brand has lagged in leather goods, the linchpin category for Europe’s legacy brands.

Sidney Toledano, chairman and chief executive officer of LVMH Fashion Group, said he has had his eye on Williams since the designer was shortlisted for the 2016 LVMH Prize for Young Fashion Designers.

“We have had the pleasure of watching him develop into the great talent he is today,” Toledano says. “I believe his singular vision of modernity will be a great opportunity for Givenchy to write its new chapter with strength and success.”

Renaud de Lesquen, who joined as president and CEO of Givenchy on April 1, also expressed confidence.

“I am convinced that, with his unapologetic approach to design and creativity and in great collaboration with the maison’s exceptional ateliers and teams, Matthew will help Givenchy reach its full potential,” he says.

During her time at Givenchy, Waight Keller largely plied a tasteful, aristocratic brand of fashion occasionally spiked with toughness or subversion — a touch of latex here, a giant wing-like backpack there. Her biggest claim to fame was dressing Meghan Markle for her marriage to Prince Harry in 2018, and she won more acclaim for her couture than her ready-to-wear displays.

Tisci was arguably the most successful of a string of designers who have led Givenchy following the 1995 retirement of the founder, bringing heat and stability over a 12-year tenure.

Williams arrives at Givenchy with a resume steeped in proximity to cutting-edge culture.

Raised amid the vibrant skate culture in Pismo Beach, Calif., Williams is a self-taught designer. He started his career in fashion production, cut his teeth at Alexander McQueen, made a name for himself working as creative director for Lady Gaga and counts Kanye West and Kim Jones as his professional godfathers — the latter actually designed his and his wife Jenny’s wedding outfits. Williams designed a stylised CD buckle for Jones’ debut collection for Dior Men in 2018 that has become a brand signature.

Conceived as a brand tuned into cultural undercurrents such as Berlin’s techno scene, Alyx started in women’s wear and in June 2018 made its runway debut at Paris Fashion Week with a coed show. It has an industrial-tinged, utilitarian allure.

Williams has also been a trailblazer for sustainability, employing recycled nylon and other eco-friendly materials and exploring ways to dye with less water and recycle scraps.

“An intuitive understanding of tailoring, technology and integrity in fashion make the designer an ideal steward for carrying the Givenchy legacy forward with modernity and power,” it adds.

Williams will partner with de Lesquen, who previously spent four years at Dior Americas. A suave but discreet executive, de Lesquen also served the same amount of time as president of Dior China. Prior to that, he spent 10 years at L’Oréal in Paris, as president and ceo of YSL Beauté, and before that as global president of Giorgio Armani Beauty.

This article was originally published by WWD