Decked out in bright red and its Prancing Horse logo, the carmaker’s fluid new offering was designed for the youth.

After 74 years in the business of luxury automobiles, Ferrari just had a major first.

On Sunday, the Prancing Horse debuted its first ready-to-wear collection at its famous factory in Maranello, Italy. The seasonless men’s and women’s styles were highlighted primarily in Ferrari red, Scuderia yellow and electric blue. Creative director, Rocco Iannone sought to appeal to younger demographics with a modern approach to trench coats, bomber jackets, parkas and loose-fitting trousers—with most items sporting the Ferrari name or logo. With rubberised and reflective tape accents used throughout the collection, the clothes align, and boldly, with the company’s automotive heritage. 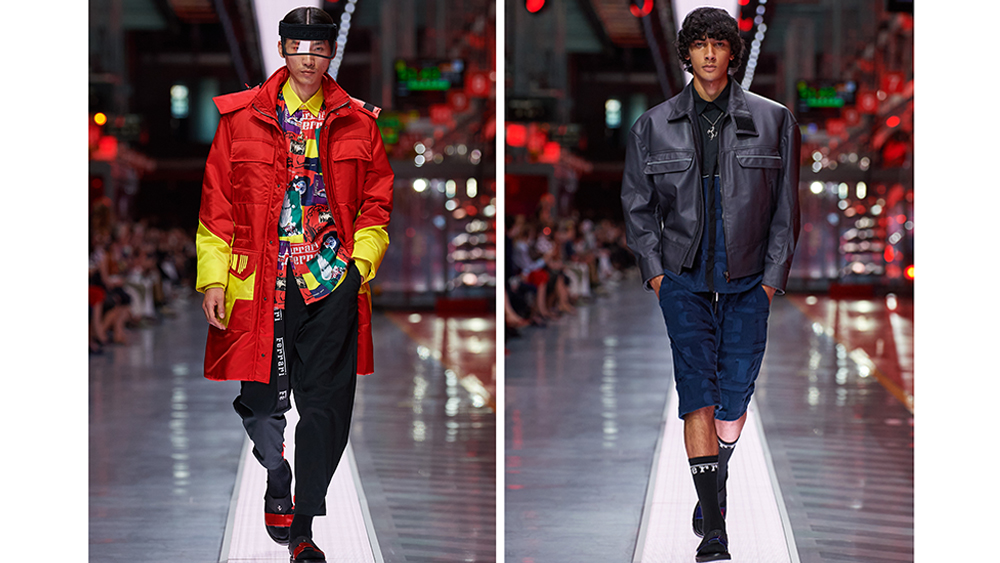 The show took place on a halted production line that drew a symbolic connection between the clothes and Ferrari’s better-known stock and trade. Ferrari V12 production cars were also suspended over the factory floor where guests sat, underlining its racing pedigree. Prior to this launch, loyal consumers of the carmaker had access to brand merchandise that included branded polos, jackets and t-shirts made with a more conservative approach. But it’s clear that Iannone is betting on the youth to leverage the future of the brand—or at least its clothing collections. 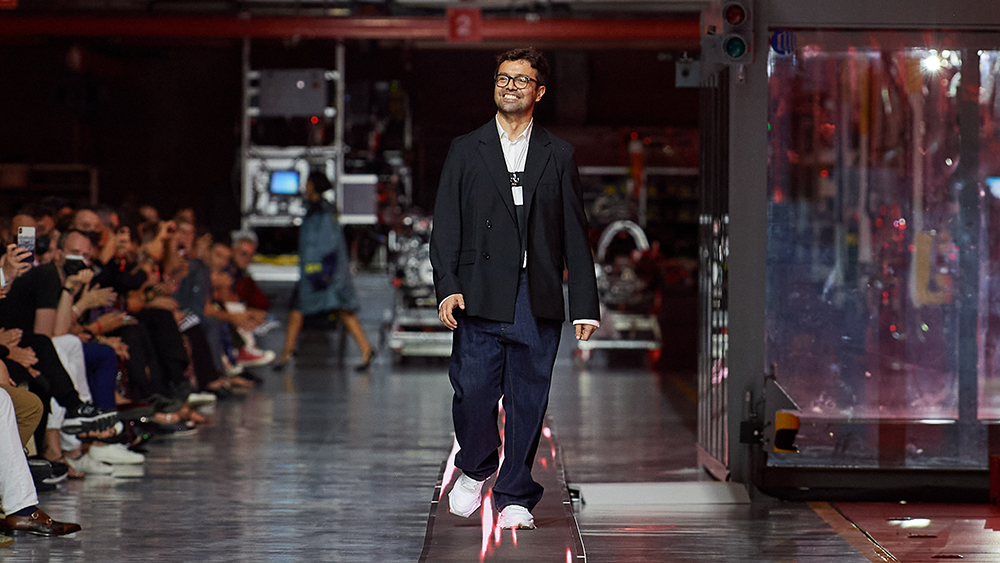 “The young generations have the power to express the energy and power of a brand,” Iannone explained in an interview with the Associated Press. After stints at Dolce & Gabbana, Giorgio Armani and at the helm of Pal Zileri, the 35-year-old designer has a wide remit in bringing the Ferrari name off of the racetrack and onto the backs of a different customer base.

That may explain why the assortment is estimated to be about 80 per cent genderless. In a statement, the brand said, “The empowered stance is what Ferrari fosters through pieces of clothing that ignore barriers of gender. Ferrari chooses a language that is attuned to the new generations. A fluid, impactful one.”

The collection will be released in six drops throughout the year; one will feature a forthcoming sneaker collaboration with Puma. But until the rest of the clothes arrive, Ferrari.com has a few pieces from its debut collection that both men and women can buy now.