When you’re the eyewear of choice for some of fashion’s biggest names—names that have their own line of sunglasses — you know you’re onto a good thing.

Despite having launched his eponymous line of eyewear barely more than a decade ago, L.G.R founder Luca Gnecchi Ruscone’s initials have become the acronym of choice for fashion heavyweights including Giorgio Armani, Giambattista Valli and Peter Dundas. Throw in a couple of young royals like Prince William and Pierre Casiraghi of Monaco and you’ve got the kind of social clout most brands only dream about.

According to Ruscone, however, the phenomenon that is L.G.R eyewear—sun and optical eyewear handmade in Italy and by Africa, as the tagline states—almost never happened. “I began my career in the eyewear business by accident,” Ruscone tells Robb Report. “Out of curiosity, while exploring a country where my family had lived previously for many years and was forced to abandon, I stumbled upon a box full of old, forgotten sunglasses from the colonial period when the Italians were living la dolce vita in Africa in the 1960s.” 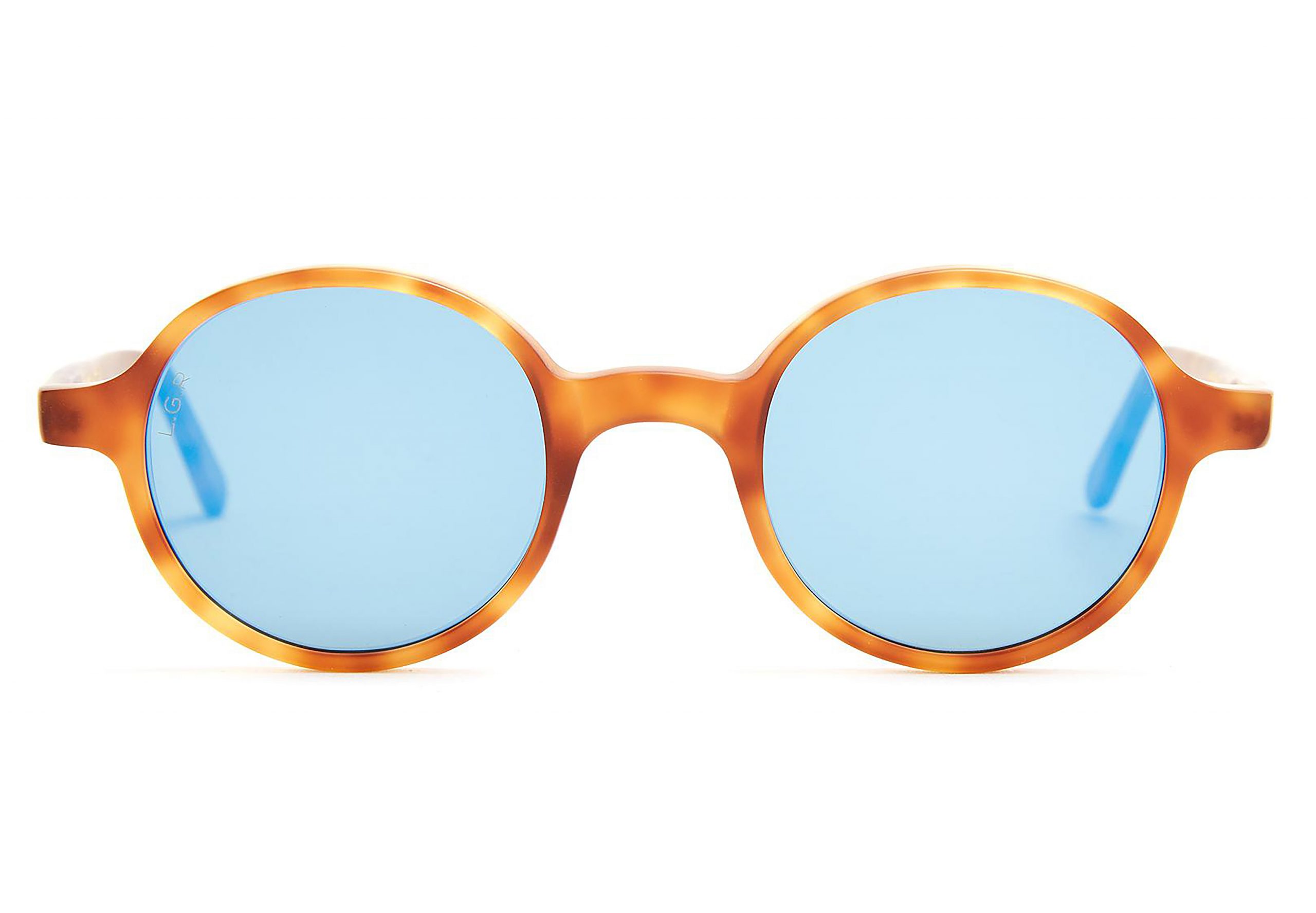 This “Africa in the 1960s” Ruscone speaks of is the country of Eritrea, located in the Horn of Africa and back then home to a thriving community of Italians, right down to the Gaggia coffee machines. Ruscone’s grandfather Raffaello Bini had moved here after World War 2 to find his fortune and set up several businesses, including a photography studio and the successful footwear business, the Bini Shoe Factory.

In 2006, the then-23-year-old Ruscone received a call from this same grandfather to join him in Eritrea after he’d been invited back by the Eritrean president to reinvest in the country’s economy. Ruscone took leave of his finance job in Shanghai and soon found himself wandering the streets of the city of Asmara, where he came across an old photographic shop once owned by his grandfather. A snoop inside uncovered
a box containing old, classic sunglasses that had been worn by his grandfather during his time in the army.

Taken by the simple elegance of the eyewear, Ruscone’s entrepreneurial spirit (clearly a family trait) took hold and shortly later he was finding a manufacturer who would replicate the purity of the original designs. Right down to the mineral-glass lenses that Ruscone was adamant to use instead of modern plastic, which gives his glasses an unbelievable transparency. 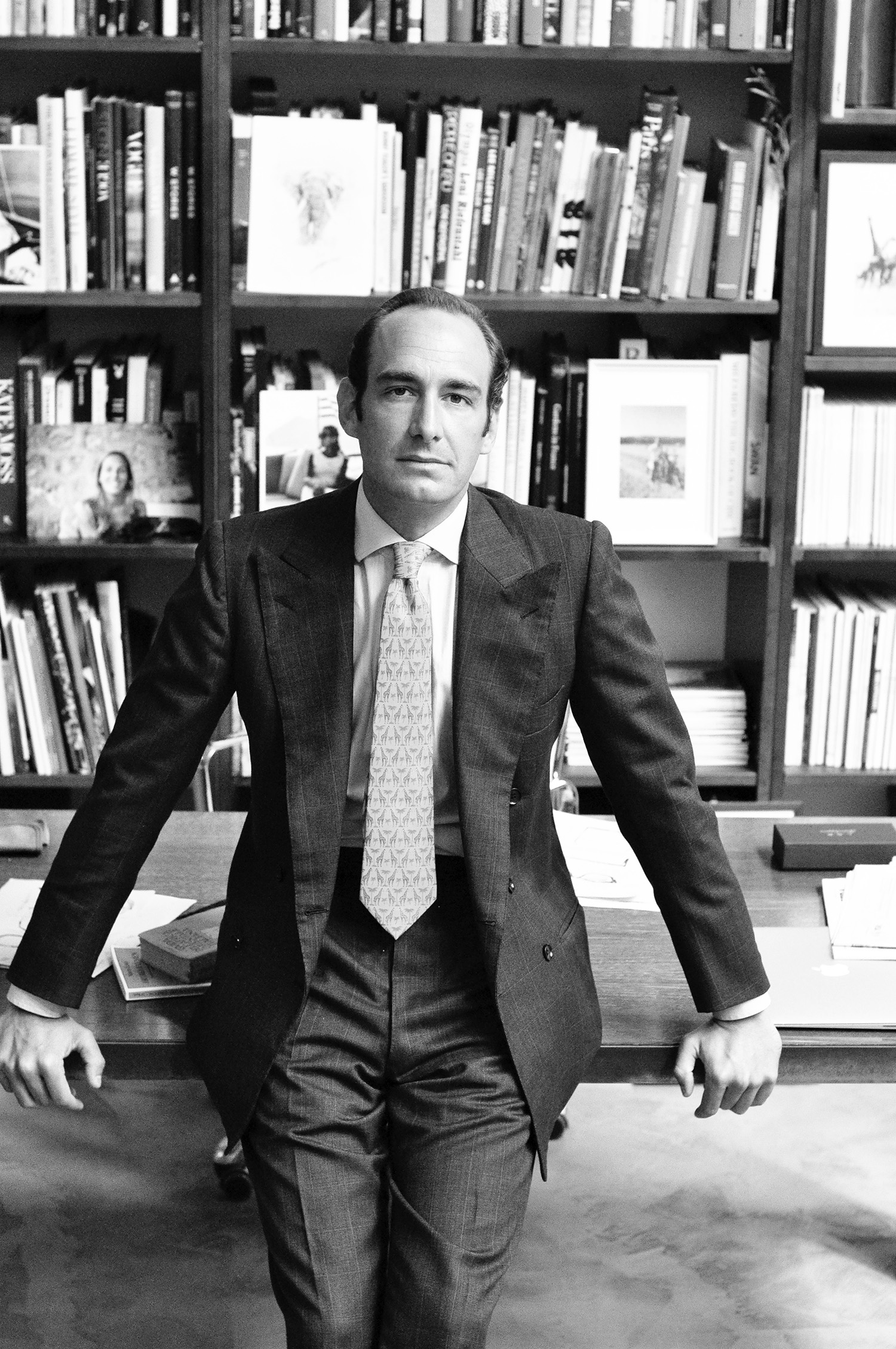 “When I saw the abandoned sunglasses in the old warehouse in Asmara, I felt like I had never seen eyewear before,” says Ruscone. “I started noticing little details that made a whole lot of difference from normal contemporary eyewear … It caught my attention that most eyewear in the market was cheaply made and that the consumer was more focused on the looks and on the brand it featured instead of quality, construction and origin.

“Such an intimate object, worn on the face, that characterises one’s looks and appearance has to be good. Well designed, made of durable and noble materials such as celluloid acetate and mineral glass.”

The global appeal of L.G.R has as much to do with their provenance as it does the craftsmanship that goes into each pair.

“Firstly, it’s the clean, timeless design,” offers Ruscone. “Second is the quality, the feel you have when you hold them in your hands, a feeling of authenticity and durability. Third, but not last, there is an aura of passion and genuineness that permeates the brand.”

L.G.R’s men’s range still reflect the original four styles that Ruscone found in his grandfather’s box. He knew a good thing when he saw it. The silhouettes are familiar yet fine-tuned. The thickness of the acetate frames carry the right amount of weight without looking heavy. Ruscone has also added a line of metal frame versions for those after a more modern accent to their eyewear. 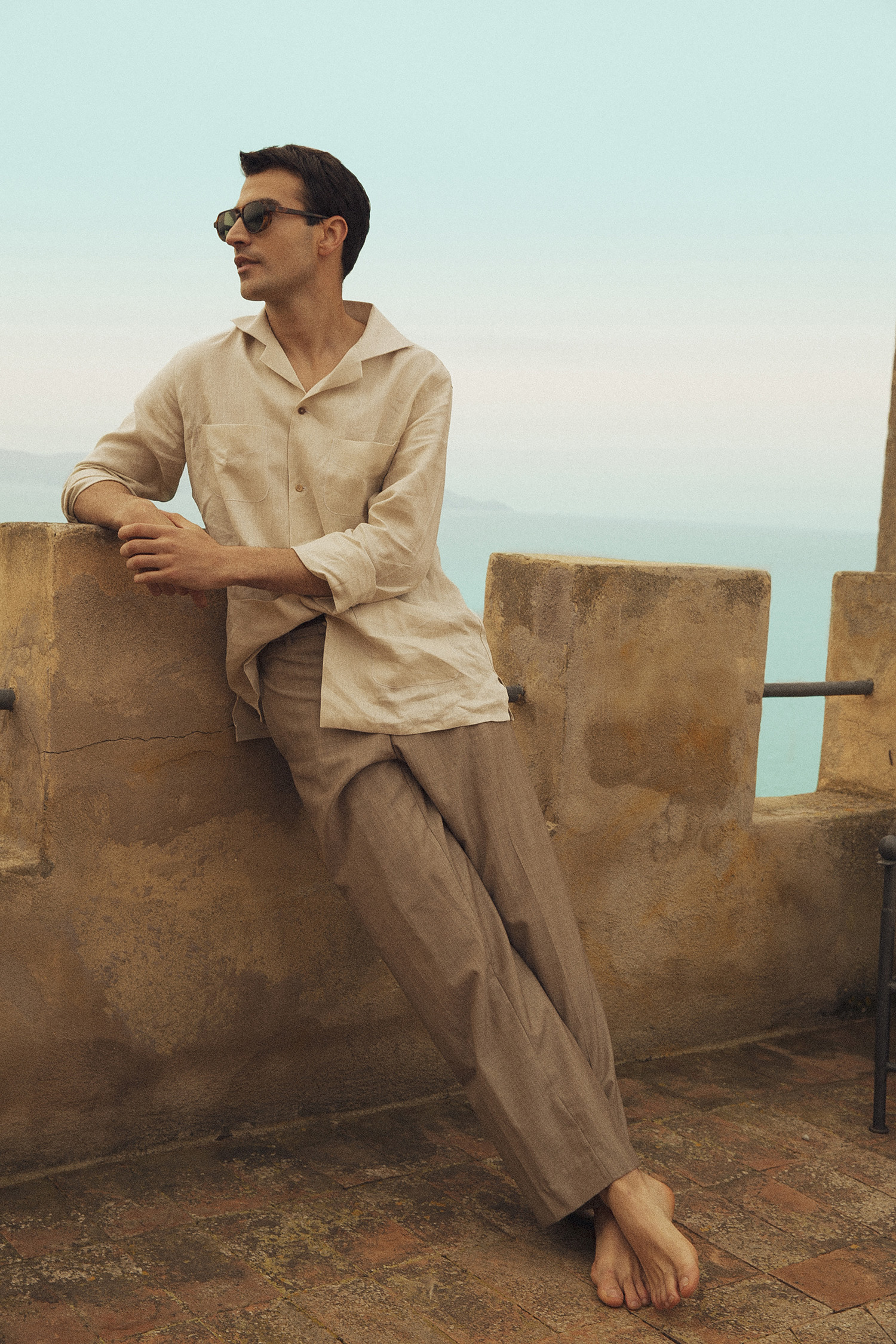 “We still have models [found in the box]: Asmara, Massawa, Tangeri and Keren which were the first original shapes that I found in Asmara. We still use 8 mm celluloid acetate, fire embossing to stamp the inside of each frame, and mineral glass lenses cut and fitted by hand. All this is made by the same old artisans that were making the frames I found in Asmara, just a generation later.”

A major appeal of L.G.R is the brand’s ability to straddle the tricky divide between modern and classic, never veering too far in either direction. Ruscone clearly isn’t trying to reinvent the wheel. But he is definitely refining how it looks to provide a range of eyewear that wears effortlessly.

Of course, the notion of design that is aesthetically appealing should be a given. Who wants to look bad? But when you take into account the tricks and traps brands attempt to cut through an increasingly noisy market, you begin to realise that simplicity, often touted as the greatest luxury, has also become a rarity. According to Ruscone, the secret behind his collection’s nuanced aesthetic is intimately simple—how they relate to, and wear in, real life.

“[For inspiration] I tend to look at what is close to me,” Ruscone explains. “My home, my family, my friends. Travels and experiences dictate the need of a new model, a new shape, new colours and lenses. I try to give my loved ones a new tool for a new adventure.

“By living and travelling in Africa, I learned to appreciate the art of arrangiarsi with simple remedies. This simplicity fused with a cheerful and relaxed attitude are what drive me in the creative process. The elegance, design and aesthetics of Italy are blended with a passionate spirit of the adventurer.” lgrworld.com