Dior’s wants to bring California couture to your closet.

On Thursday, the Parisian fashion house launched its Spring 2023 Men’s Capsule Collection, which was guest designed by ERL founder, Eli Russell Linnetz. The beachy drop is stacked with a mix of skatewear, tailoring and maximalist references from the ’90s.

Fans of the label will notice touches from its former artistic director Gianfranco Ferre in a now fully quilted Diorella jacket style from 1996, as well as in shorts and t-shirts that don John Galliano’s famous newspaper-printed garments. Flushed with a variety of colourful oversized knits, vests, shirting and relaxed suiting, the collaborative capsule is designed to evoke LA’s relaxed vibe. 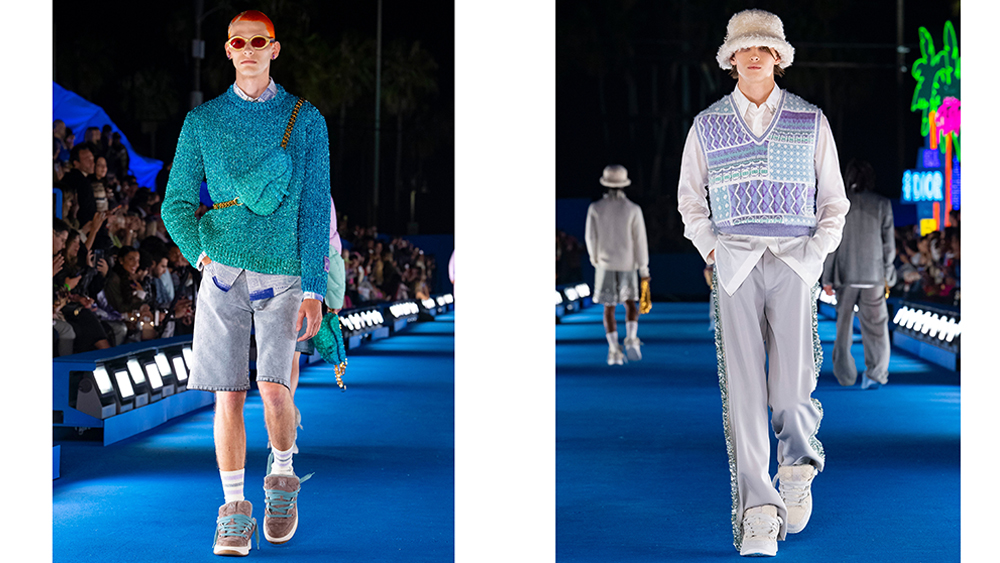 Two looks featuring variations of blue, green and purple from the collection. Dior

To that end, the collection was unveiled in a runway show on Venice Beach, and it marks the first time Dior has sent an approx. $7000 hoodie down its catwalk. Linnetz, who is based in London, is more than familiar with the area, having been a frequent visitor of coastal LA neighbourhood for the past 15 years.

As an additional ode to Venice, Linnetz combined photographs of the area with Belle Epoque-inspired images to create original prints. “I think it’s really representative of both our two styles coming together,” Linnetz told WWD. “It was fun, this almost ’80s Los Angeles maximalist Rodeo Drive kind of energy, with the attitude of the boys, mixed with the skaters from my home.” 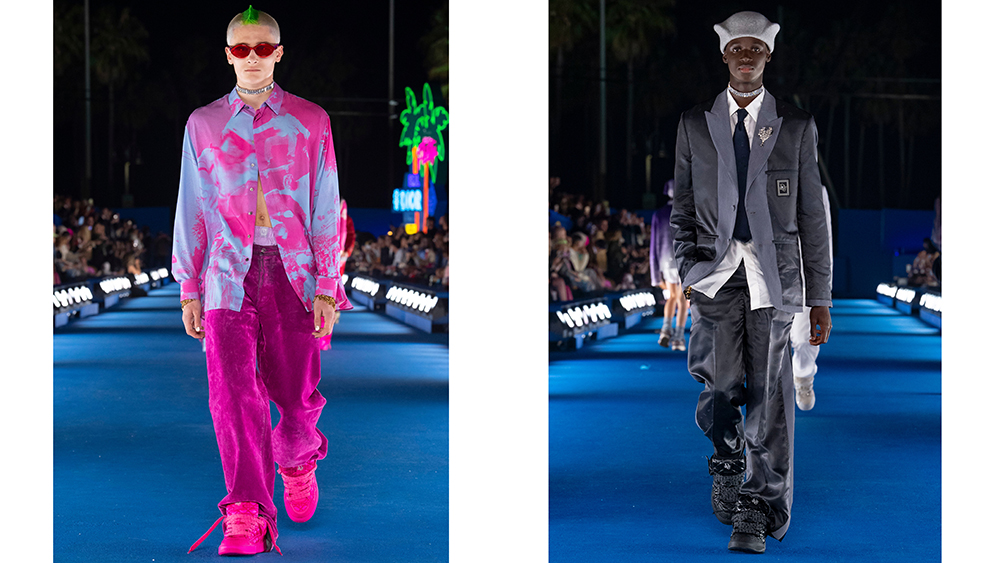 A casual pink look alongside a relaxed suiting ensemble created by Linnetz for Dior. Dior

Linnetz, who founded ERL back in 2018, was tapped by Dior’s men’s artistic director Kim Jones for the LA-inspired capsule. Speaking about the new collection, Jones told WWD, “[I]t’s really modern American dressing and American sportswear, which is the kind of menswear that I look at always because it has suiting, coats, classic mixed with jeans and things like that.” He goes on to say, “it’s a really fun concept and the energy is right, and that’s what I like.”

The spring collection is now available on Dior.com.