Hershan has just launched his debut ready-to-wear collection for his brand Haulier—a range of retro-inspired clothing that wouldn’t look out of place on either a Playboy photoshoot or the prospectus of an Ivy League college.

“One of the big inspirations for me is the ‘70s and that era of travel when people dressed up for it,” Hershan tells Robb Report from his inner-Sydney studio. Sporting his own designs— a motocross shirt, signature denim— hair slicked back and an Errol Flynn- esque moustache, retro swagger is very much a vibe for the 40-year-old designer. 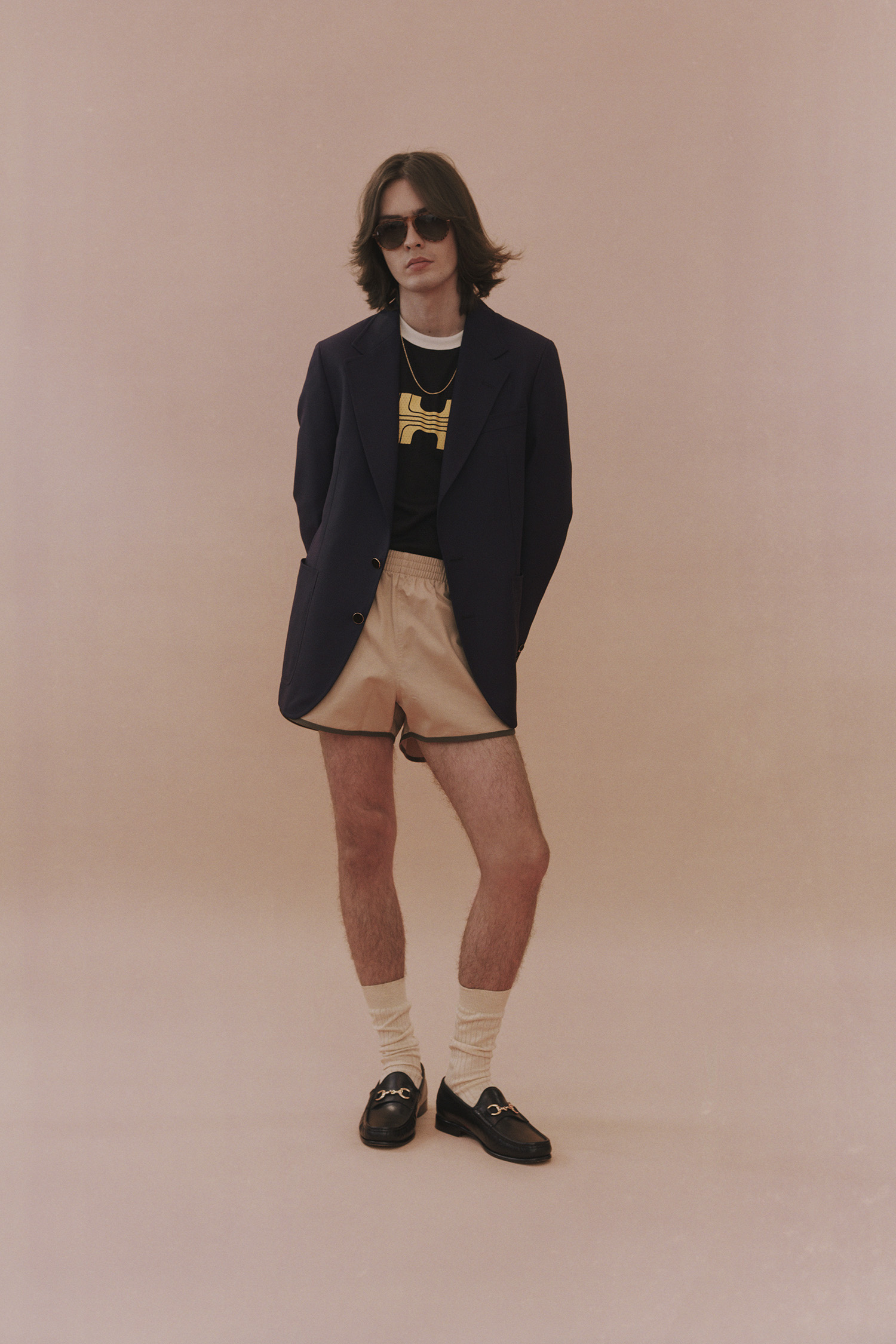 “Back then, there were no celebrity stylists and people travelled with grace and elegance and had their take on style. The tote bag we released, for me, was intended to complement that atmosphere. And now the clothes draw on those same inspiration points. So yes, there’s definitely a subtle, sleazy ‘70s and early ‘80s vibe to it. I just see it as a whole wardrobe that would complement this wandering creative who travels with style and grace.”

The “chemistry” that’s found its way into the Haulier brand is removed from the aesthetically conservative names Hershan has previously worked for. After graduating in fashion design from RMIT, he was quickly on the next plane out of Melbourne and off to Europe where he cut his teeth on an apprenticeship with then-artistic director at Dior Homme, Kris Van Assche. Then it was on to 1 Savile Row and the impeccable Gieves & Hawkes where he honed his acute attention to detailed tailoring demands. 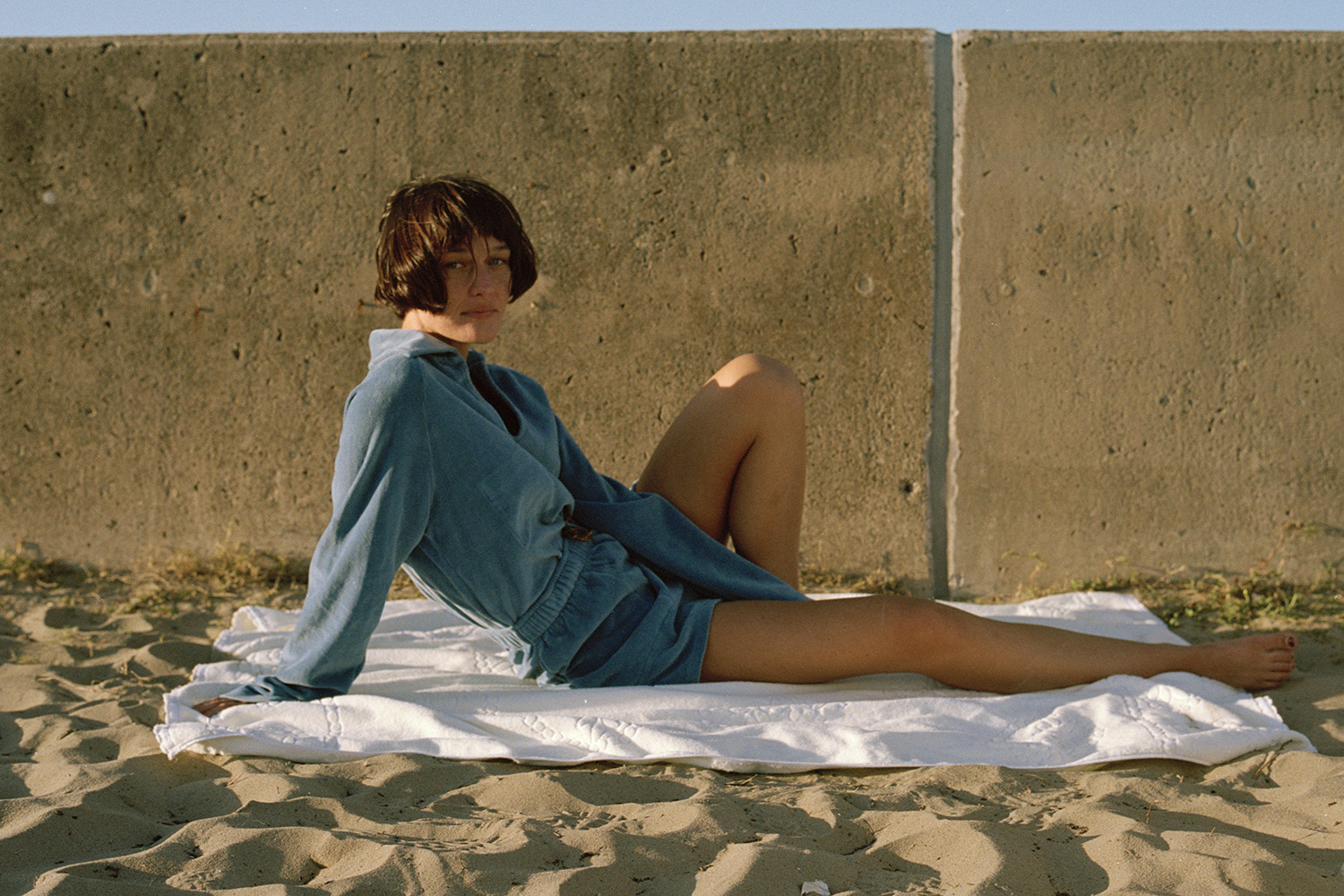 From there, it’s a resume that most designers would dream of: British heritage labels Aquascutum and Dunhill, the latter at which he worked directly under John Ray, who before joining Dunhill had been Gucci creative director for menswear collections during the Tom Ford era. Ray’s influence, Hershan acknowledges, is probably most felt in the aesthetic at Haulier today.

Hershan eventually found himself back in Australia, where he spent two years reshaping the sartorial offerings of beloved boot brand RM Williams while furthering his own knowledge of generational skills of production and manufacturing. It’s been an education in fashion that spans almost every component of menswear.

“My time at Savile Row was really learning about craftsmanship and quality, and the beauty of, and imperfection almost, of handmade … and at Aquascutum it was learning the beauty of outerwear,” offers Hershan.

With his ready-to-wear launch, Hershan is set on being a designer who walks the talk. The brand’s motto, “endurable goods”, speaks to the importance of both the product’s quality and its timeless appeal. Rather than being seasonal, Haulier will be accumulative and build on the visual vocabulary of successive collections. 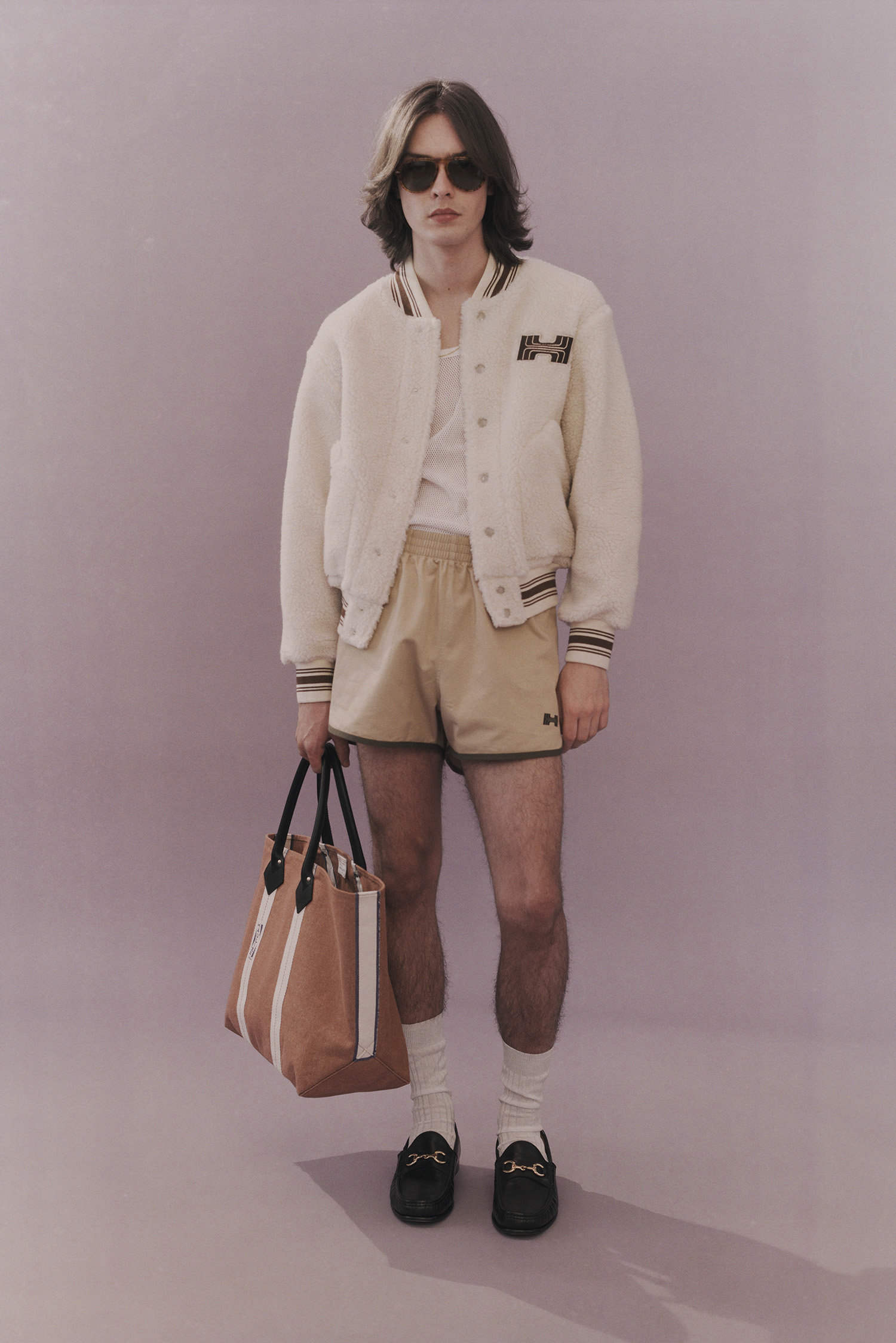 “We’re now working towards presenting in Paris this June where there definitely will be newness. But the styles themselves will become Haulier staples,” says Hershan. “We’ll update fabrications and colourways. But the styles will live on and we’ll create new interests through fabrication. We will also layer in new pieces obviously just to expand our offering as well.”

For this debut outing the references speak to a mix of Americana, collegiate and daily leisure essentials. Lightweight cotton track shorts with graphic logos, western shirts, and a denim range so perfectly washed they look vintage, are paired with either satin or wool-blend bomber jackets. Cotton velour sailing shirts and matching shorts provide the perfect loungewear combination, while short-sleeve sweatshirts add to the sports motif.

Hershan’s personal favourite from the collection is the motocross shirt that he’s sporting, made with high-tech mercerised cotton that resembles the look and feel of the original version but done with an organic material. “We actually went to great lengths to develop this shirt because it was inspired by actual late ’70s and early ’80s motocross sportswear. But they were always in polyester fabrications. I really wanted to develop a natural version of it. So working with a mill in Portugal, we developed a mercerised cotton which has that beautiful lustre and sporty appeal, but it’s 100 per cent natural.”

The whole collection is tightly self-contained and designed to be worn interchangeably with no distinction between casual or formal occasion. Which hints to another important part of the Haulier philosophy—how styling is as important as the clothing. Hershan explains that from this aspect, the aim was to take down traditional fashion codes—including being unisex or genderless. This decision helped develop an aesthetic that would speak to both men and women, tapping into a style of clothing that was both sensual and cool at the same time.

There’s also a sense of cheekiness and rebellion, possibly lingering from his time designing for brands that, while carrying the prestige of time, were in some ways weighed down by their years. 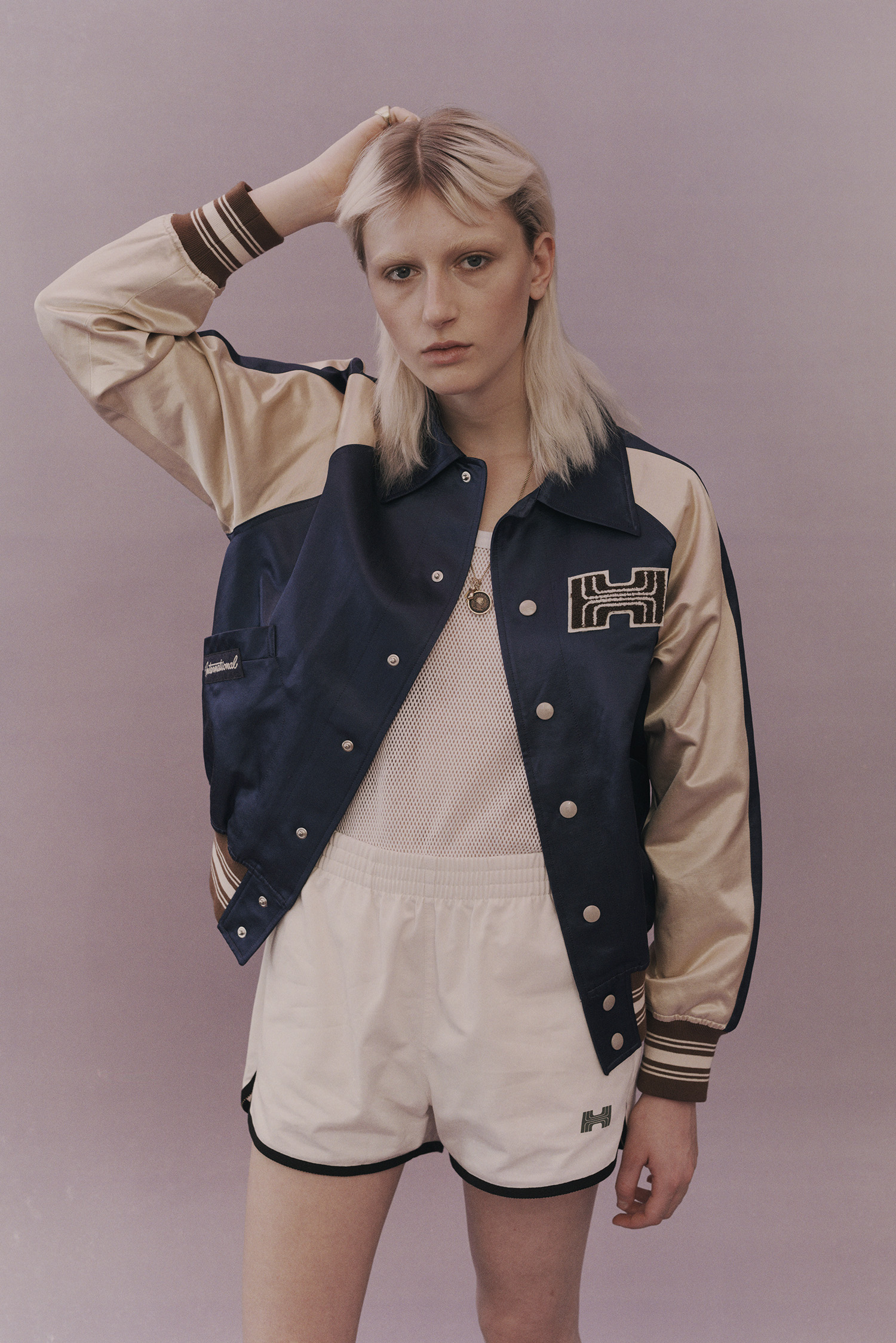 “After spending so much time working for heritage brands, with Haulier I really wanted the freedom from the hang-ups
of hundreds of years of history.”

This means being able to throw out the rules that have underpinned how we wear what on any given occasion.

“I love the idea of not being so precious about how you wear a beautiful tailored jacket. And I love wearing them with jogging shorts and with a mesh motocross t-shirt, because I think it’s way cooler than sticking to a strict guideline … formal shirt, formal trouser and blazer. I think for me it’s about having a little bit of fun and irreverence which is something that as Australians we’re quite good at doing.”

It also ties back to the fundamental philosophy behind the tote, which Hershan iterates as the centrepiece of the collection.

“We launched the tote bag with the idea to create an everyday object or a product that was elevated through a luxury lens that everybody can use. I really wanted to build on that idea of utility and accessibility and create a capture wardrobe of goods that sung from the same hymn sheet—clothes that have that everyday function and utility but through a luxury lens. That was the impetus to create a wardrobe of goods that had the same appeal.”