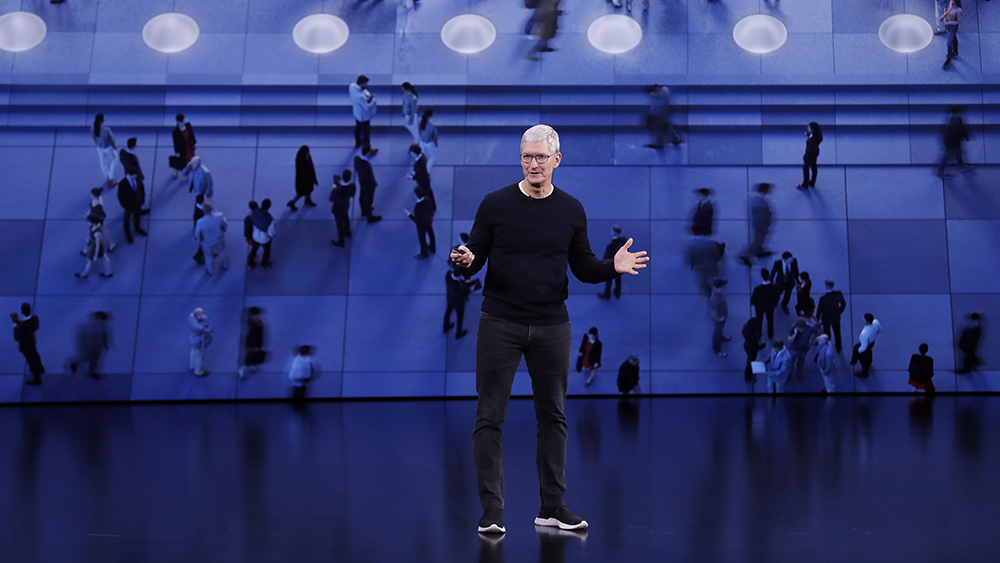 The specs aim to change how we interact with our phones—that is, by replacing them.

Even before Google Glass made its splashy debut back in 2013, Big Tech has been dreaming of ways to create state-of-the-art “smart” glasses and headsets that would ultimately replace our smartphones. Initially, Apple appeared to exercise admirable restraint, content to watch its cross-valley rival fail miserably in the nascent category. But it was only a matter of time before the computer behemoth joined the eyewear party—and that day seems to have arrived.

Apple reportedly plans to launch an augmented reality (AR) headset in 2022 and a pair of AR glasses in 2023, according to The Information. Apple CEO Tim Cook, the report claims, announced the new eyewear at one of Apple’s internal meetings—attended by approximately 1000 staff members—using the occasion to extol the promise of wearable AR devices.

As for specifics, the headset—known as N301 for now—will apparently look like a “sleeker” Oculus Quest. Combining VR and AR, it will feature a series of cameras mounted on the exterior to first capture reality and then mix virtual elements into it. Users will navigate a high-resolution display which will have 3-D-mapping capabilities, as well as the ability to detect other humans.

The lightweight headset will be complemented a year later by even lighter-weight AR glasses that users can wear all day. Code-named N421, the smart specs are a slimmer version of the headset—or what Apple calls sunglasses with “thick frames”—and essentially have all the electronics encased inside.

The design sounds comparable to Snapchat’s Spectacles 3 glasses, which go on sale this week for US$380 (A$550). The Spectacles 3 are outfitted with twin HD cameras that allow users to take photos and capture videos of up to 60 seconds. The footage is then wirelessly synced to your phone where you can edit and apply augmented reality effects from within the Snapchat app. While you can’t currently see any information through the glasses themselves, Snapchat is reportedly working on AR functionality for the fourth-gen version. Apple, it the reported schedule holds, may get there first.

A source familiar with the project told The Information that Apple believes the glasses could obviate the need to carry iPhones “in roughly a decade.” We’re certainly not mad about that.