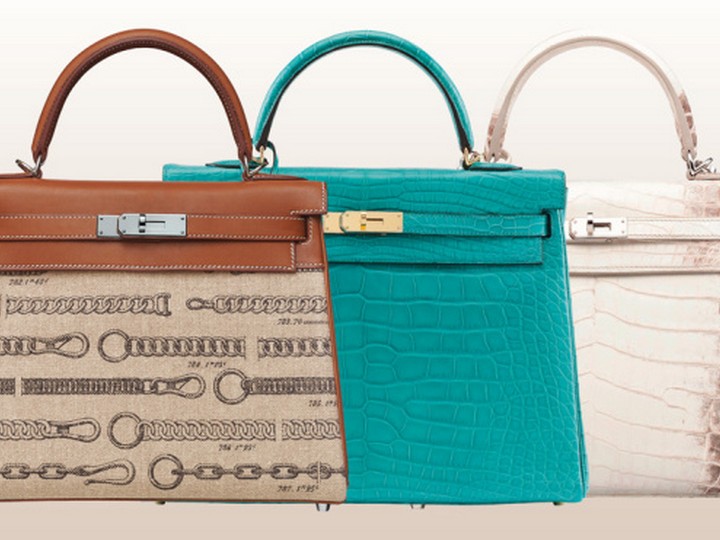 The story behind the world’s hottest handbag

Long before social media rendered the concept of the influencer commonplace, Grace Kelly’s presence and personal style made her the ultimate arbiter of taste. In 1956, after the then-pregnant Princess of Monaco appeared on the cover of Life magazine shielding her baby bump with an Hermès handbag, the accessory became an instant international status symbol. This image prompted the house to christen the top-handle model the Kelly bag, and 60 years later the design still attracts a cult following, according to Caitlin Donovan, Christie’s New York head of sales for handbags and accessories. Demand for Kelly bags in particular has spawned an entire industry comprising secondhand retailers, websites, and auctions houses, including Christie’s, which holds six international sales each year. “It’s a matter of supply and demand,” says Donovan.

At Hermès, the waiting list for the bag is notoriously long, and the retailer is known to keep records of the number of bags clients purchase to ensure that none of them buys simply to reap monetary gains from resale. These profits can be considerable, as auction prices affirm. At a Christie’s Hong Kong auction 2 years ago, a rare 2015 white Himalaya Niloticus-crocodile Kelly bag sold for US$152,500 ($A199,000). A new mini black-alligator iteration from this year’s collection will be sold in Christie’s online auction, which runs from November 22 to December 5, for an estimated US$25,000 ($A32,600) to US$35,000 ($45,600); however, Donovan expects the actual amount to be higher.

If the rise in cost of this much-admired accessory is a relatively recent phenomenon, the bag itself is not, antedating its namesake’s magazine cover by decades. Designed in the 1930s by Hermès family member Robert Dumas, the Kelly was adapted from the company’s 1892 saddle carrier. However, only when the Monegasque royal gave her personal imprimatur (and name) to the bag (she owned more than half a dozen variations) did it truly take off. This icon remains almost identical to the original version and is still handmade from start to finish by a single Hermès artisan using the same tools and techniques that were applied in the 1930s. “Our life,” Kelly herself once said, “dictates our wardrobe”; but for collectors, timeless style and timely returns make this portable investment de rigueur.

Timeline
1892
Hermès produces a saddle carrier bag that serves as the original inspiration for the Kelly handbag.

1930s
Robert Dumas develops a smaller version of the saddle carrier that later becomes one of the company’s most popular women’s leather handbags.

1956
Grace Kelly is featured on the cover of Life magazine using her crocodile Kelly bag to shield her baby bump from the paparazzi. The bag is soon christened the Kelly.

1968
In a nod to changing tastes in a decade of change, the mini Kelly is created.

1994
The French fashion house relaxes the rigid lines of its most popular handbag by introducing a soft version.

2000
Hermès’s classic yet infinitely adaptable accessory gets bigger than ever as the world welcomes a 50-centimetre version.