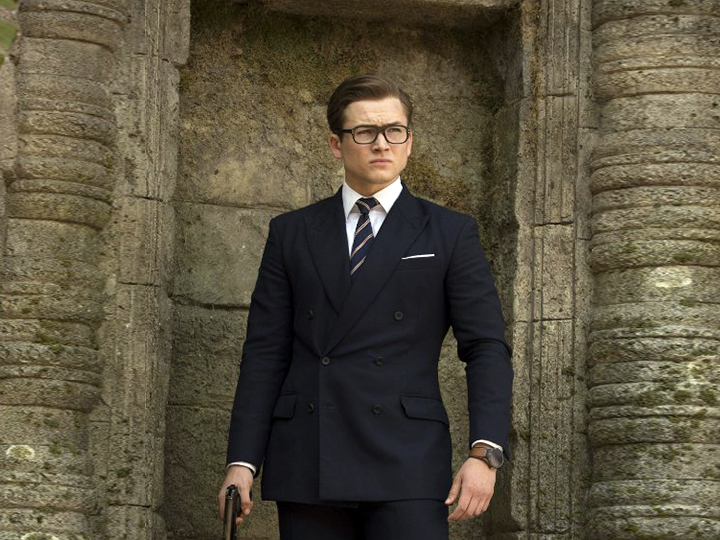 The London store where you can buy authentic Kingsman style

A shopfront collaboration between the film’s director and menswear portal Mr Porter makes spy style more accessible than ever.

If you’ve seen the 2014 film Kingsman: The Secret Service, you can’t have failed to note that the spy thriller is interwoven with strong sartorial undertones. “The suit is the modern-day gentleman’s suit of armour,” asserts key character Harry Hart (Colin Firth, below centre). Not unlike another famous British spy series, it’s clear you can’t hope to solve crime unless you’re immaculately attired and packing a hidden arsenal of lethal gadgets.

Located next door to a 300-year-old wine merchant, the Kingsman shop is slightly more than a mere marketing ploy – it’s an “integral part” of the movie plot, which means that fans will be able to shop looks from the movie in a genuine Kingsman location. Sam Kershaw, the Buying Manager for Mr Porter, explains how the collaboration began with a phone call in 2013 from Vaughn. “He noticed how often the costume design played a pivotal role in the status (of stylish films) and yet was never available to buy,” Kershaw says.

“He was developing a script that was a rags-to-riches story, centred around sharply dressed spies, and looking for a partner to produce a collection.”

The collection was so successful that Kingsman has become a brand available through the Mr Porter site. “Since the first collection launched in 2015, Kingsman has grown and now confidently stands as a brand in its own right,” Kershaw says. “Currently in its 6th season, much of the tailoring and luxury pieces such as the cashmere overcoats and knitwear perform well alongside our roster of luxury brands.”

On the calibre of the Kingsman collection, Kershaw says the appeal is broad. “The collection includes a contemporary take on Savile Row and traditional British tailoring alongside emblematic American inspired casualwear,” he says.

“This collection is not only for loyal Kingsman film fans, but fans of the Kingsman brand who appreciate quality craftsmanship and provenance of garments. The target audience is broad, the customer could range from 25 with a keen eye for the Kingsman by Adidas sneakers to over 50 with a fondness for the luxury Kingsman by Deakin & Francis cufflinks.”