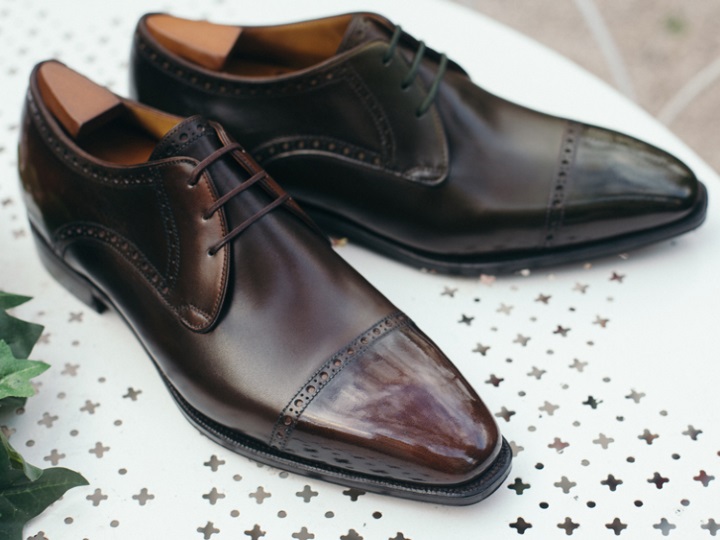 Seven shoes a modern man should have in his wardrobe

To build an evergreen wardrobe, one must steer away from fads and instead curate a collection of quality classic shoes.

Fashion trends may come and go, but there is something profound about a classic shoe that has stood the test of time. Whether it dates back to the 13th century or was introduced in the Victorian era, the following staple styles for men have deep roots, proving that in order to build an evergreen wardrobe, one must steer away from obvious fads and instead curate a collection of quality classic shoes.

Read on as we take a step back to honour the rich history behind seven of the most significant footwear designs in history, and discover which luxe versions are worth the investment today. A wingtip is distinguished by the curved "W" outline on the toecap of the shoe, recalling the wings of a bird in flight — hence the name. The effect — which can be both subtle or heavy with intricate embellishments throughout — is achieved through broguing, a process which often causes the shoes to be mislabelled.

A useful rule of thumb: While all wingtips are brogues, not all brogues are wingtips. The grained-calfskin Medallion Wingtip Derby from J.M. Weston, $US1035 (about $A1365), is a smart iteration of the traditionally casual shoe Patented in the 1850s by Queen Victoria's shoemaker, J. Sparkes-Hall, the design for the Chelsea boot features no laces, a snug fit, and elastic side panels. The ankle boot made a momentous comeback in the 1960s, as the Mod movement in London — and most famously the Beatles — embraced the style.

Since then, popularity of the unisex shoe has not declined, and high-end footwear designers have helped usher it into the luxury realm. Take the Newmarket Chelsea boot, $US1470 (about $A1940), from Edward Green, which is crafted from supple dark oak calfskin and the English company's signature 82 last. Recognisable by its distinct perforations, the brogue is a versatile classic that can be dressed up with a suit or down with casualwear. Though its everyday appeal makes the brogue a must for city dwellers, the shoe's humble origins can be traced back to the wet countryside terrains of 19th-century Scotland and Ireland — as the holes' original purpose was to drain the water from farmers' shoes.

A worthwhile modern interpretation is Corthay's signature Ike derby, $US1950 (about $A2570), which features broguing along the faux cap toe, tongue, and all around the quarter. Also known as the Albert, the smoking slipper first emerged in the 1800s as comfortable footwear for the home. The slip-on shoe eventually evolved to have what are now its defining features — a velvet upper and quilted lining — after Prince Albert commissioned the upgrades in the 1840s.

It is perhaps because of these regal roots that the bold evening loafer is today synonymous with luxury. An elegant yet edgy rendition of the style is George Cleverley's Skeleton on Bike style, around $US420 (about $A550), which can also completely customised through the London-based shoemaker's bespoke services around $4650 (about $A6130). The youngest style on our list, the sneaker debuted in full form in 1917, when Converse introduced its now-iconic high-top All Stars. It wasn't until the late 20th century, however, that luxury fashion houses began producing high-end versions of the casual shoe, taking it off the court and into the meeting room.

Bally's notable collection of dress sneakers includes the sleek Helvio, $US495 (about $A650), which features a comfortable leather-and-rubber construction and embossed detailing of the Swiss label's motifs. The espadrille dates back about 800 years, having first emerged in Basque country as casual shoes for foot soldiers, clergyman, and dancers. The slip-on uses a soft cotton or canvas construction and braided-rope sole, (though originally the soles were built from _esparto_, a species of grass from which the shoe's name derived).

Contemporary espadrilles, like A.Testoni's suede iteration, $US550 (about $A725), are a stylish addition to summer wardrobes, pairing perfectly with shorts or cuffed trousers. The sandal is the oldest shoe not only on our list, but also in human history, dating back at least 10,000 years. Be it the circa 8000 B.C. woven sagebrush-bark sandals that were famously uncovered in Fort Rock Cave, the wood-and-leather sandals that the ancient Greeks donned, or the papyrus sandals worn by the ancient Egyptians, the footwear — defined by its simple flat sole and straps — has played a crucial role throughout time.

A dapper modern interpretation is this cross leather style from Tod's, $US495 (about $A650), that feature details like exposed stitching and pebbled soles for enhanced grip.