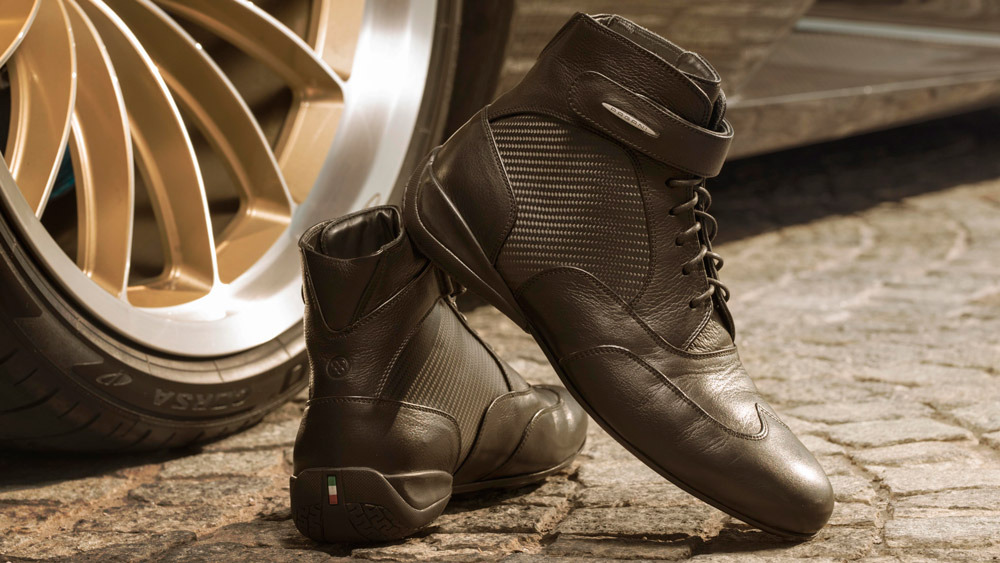 Piloti partners with Pagani to create the supercar of driving boots

When you’re arm-wrestling your new $5 million, 570kW Pagani Huayra Roadster along Italy’s snaking Stelvio mountain pass with its 50-plus heart-pounding hairpin turns, you need your feet firmly planted on the pedals. That’s why supercar marque Pagani Automobili has teamed up with Toronto-based driving shoe manufacturer Piloti, to create the just-launched, limited edition Piloti Roadster Driving Boot. Just 250 of these exquisite leather and carbon-fibre high-tops will be offered worldwide, priced at around $1200 a pair.

Pagani and Piloti spent the past two years developing and perfecting the new Roadster Driving Boot which, as the name suggests, celebrates the introduction of Pagani’s outrageous twin-turbo V-12 powered Huayra Roadster. For the boot’s unveiling, we flew to Miami to meet up with Christopher Pagani, head of Pagani Automobili North America, and Piloti Marketing Director Shelby Gorelle. We even took a spin in the one-off Pagani Huayra l’Ultimo Coupe with Brett David, CEO of Miami’s Prestige Imports, one of Pagani’s top retailers (In Australia, meanwhile, Piloti shoes are available through legendary car restorer Brian Tanti’s Workshop, among others). 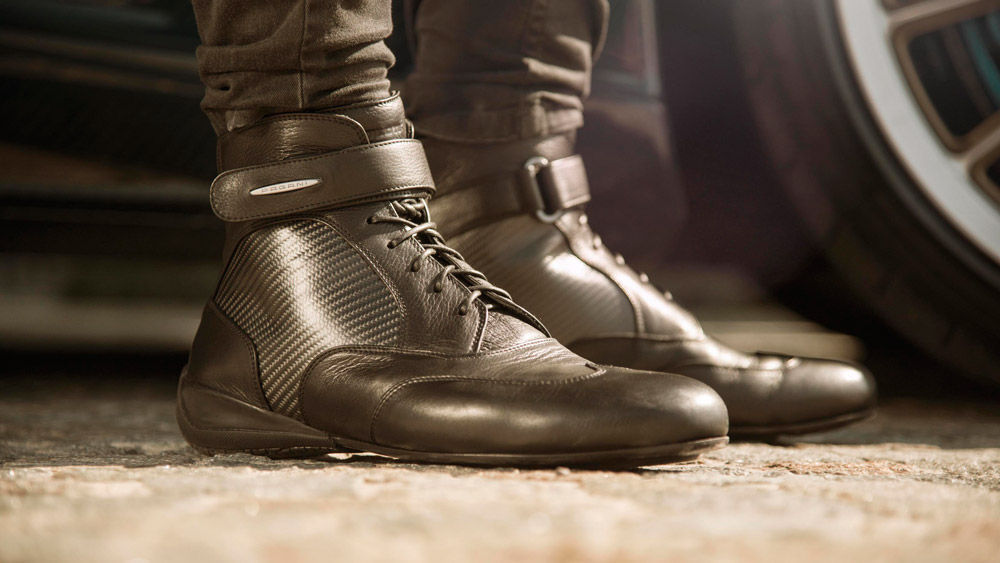 Gorelle explained that the Roadster boot is handmade in Montegranaro, Italy, and is part of Piloti’s Luxury Collection as opposed to the brand’s more track-focused Performance Racing Collection offerings. The new boot features plenty of sexy Italian leather with flexible, perfectly aligned carbon-fibre panels on each side, and precise hand-stitching.

Pagani design cues include a laser-etched, anodised aluminium badge mounted on the cross-strap, and an aluminum guide ring featuring discreet Pagani-Piloti lettering. Look ever-so-closely above the heel and there, embossed into the leather, is Pagani’s trademark quattro scharici, or four exhausts, in a circle.

As with all Piloti driving footwear, the Roadster boot comes with a feather-weight, injection-molded sole and Piloti’s trademark Roll Control 2.0 heel technology. Not only does the sole’s tire-tread design give a driver tremendous feel of the pedals, but heightens comfort. 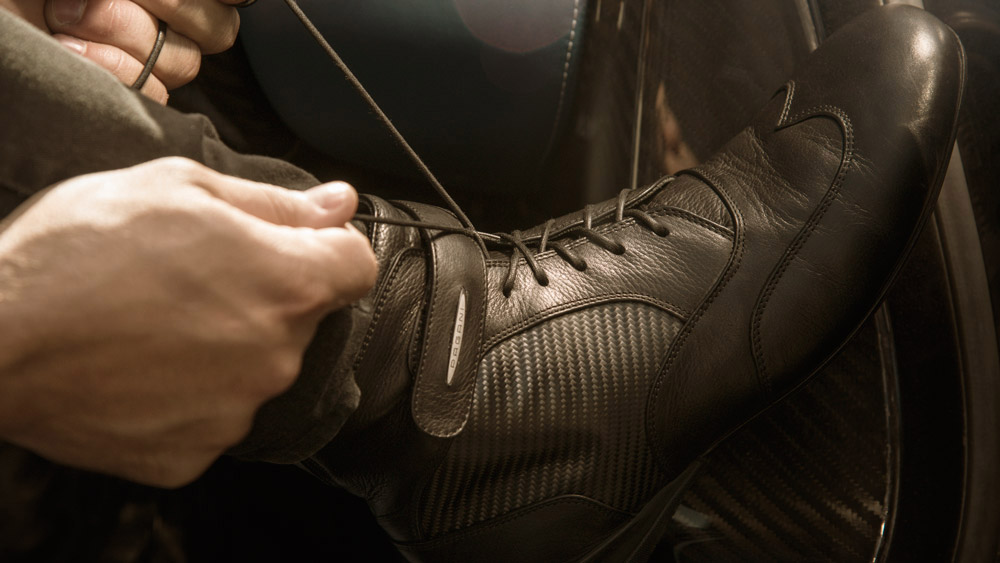 To ensure that the new Piloti Roadster boots have the Pagani seal of approval, they were tested by both Pagani founder Horacio Pagani, and worn for a week of pedal-to-the-metal testing by the company’s chief test driver, Andrea Palma.

Maybe the icing on the Piloti cake however is that the Roadster driving boots are dispatched to their new owner in a unique matte-black storage box created by Pagani creative director James Bleakley. It features a split lid that mimics a Huayra Coupe’s levitating gullwing doors.