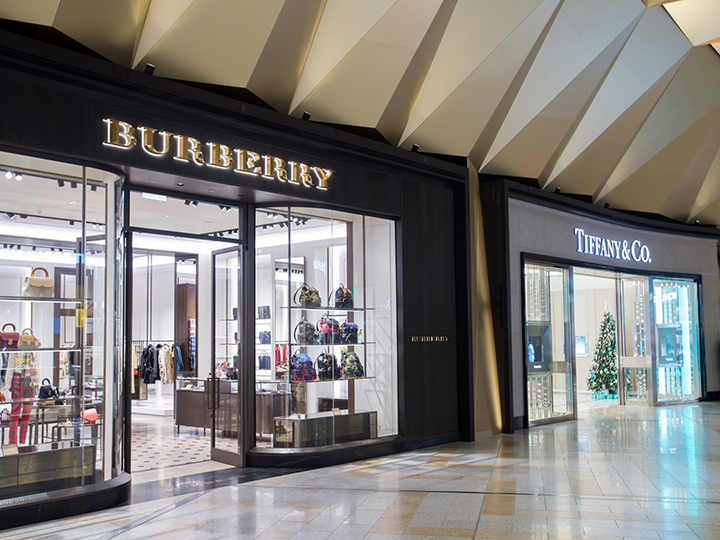 Travellers departing Australia will be able to shop from 11 new luxury retailers including Burberry, Tiffany and Armani.

Melbourne has extended its claim as a world-leading destination for luxury retail and food with the opening of a high-end new precinct at Melbourne Airport’s international terminal.

Airside travellers looking for a pre-flight meal – whose ticket doesn’t entitle them entry to one of the airline lounges – will now have six extra choices including a revamped Café Vue by Shannon Bennett, Bar Pulpo by Movida by Frank Camorra, Two Johns, Urban Provedore, Brunetti and the newly announced BaXa, which will open late in December. John Mutton, the Australian general manager of British luxury fashion house Burberry, said the new development was a vote of confidence in Melbourne’s status as a fashion capital. “Melbourne is synonymous with fashion and we’re thrilled to be bringing Burberry’s high quality, luxury fashion right to the airport.

“Our new store will be home to the latest Burberry apparel, leather goods and accessories, providing local and international travellers with the opportunity to purchase something special as they arrive or depart.” Adds Melbourne Airport retail chief Andrew Gardiner: “The vibrant redevelopment has been designed with the modern traveller in mind. It captures the essence of Melbourne, from sipping on a cup of locally brewed coffee to indulging in the latest designs from international luxury fashion and accessories brands.”