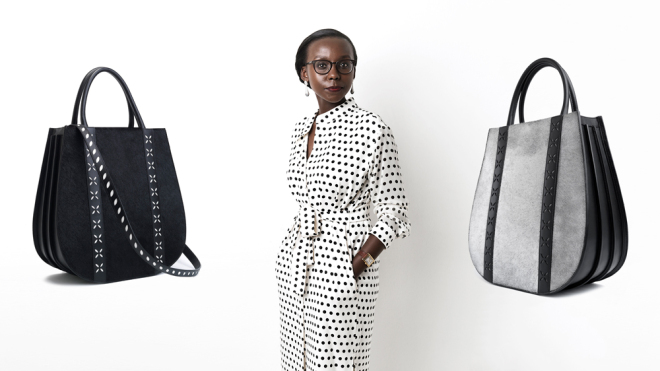 Our planet is more interconnected than ever—just scrolling through Instagram can take you around the world in less than a minute. But that borderless sensibility rarely extends to one’s closet. Sure, you might have some international flair from the caftan you picked up in Tulum or those slippers found in Marrakech but, in the highest strata of luxury fashion, the old guard still dominates: Italy, France, England, America. Where’s the Hermès of Honduras? The Gucci of Gabon? Enter SIWWAA, a new Kenya-based brand aiming to be one of Africa’s first homegrown purveyor of luxury wares.

Unveiled last summer with plans for a more comprehensive collection in 2019, SIWWAA creates fine jewellery and leather goods that render colourful African styles with an elegant, understated hand. Africa’s first luxury brand is the vision of Wanja Laiboni, who grew up in Nairobi, studied Comparative Literature and International Development at the American University of Paris, and while traveling the continent in a nonprofit job, she was struck by Africa’s creative potential.

“I was working with the Maasai and saw them beading elaborate necklaces that take hours and hours, all done by hand,” Laiboni recalls, who is the company founder and designer. “I thought about how the couture houses in Paris have their ateliers who do all the beadwork; the Maasai women do it just as well, if not better.” It sparked a question of how to translate Africa’s artisanal talents “to something that is economically viable and meets the global standards for luxury goods. How do you elevate it?” 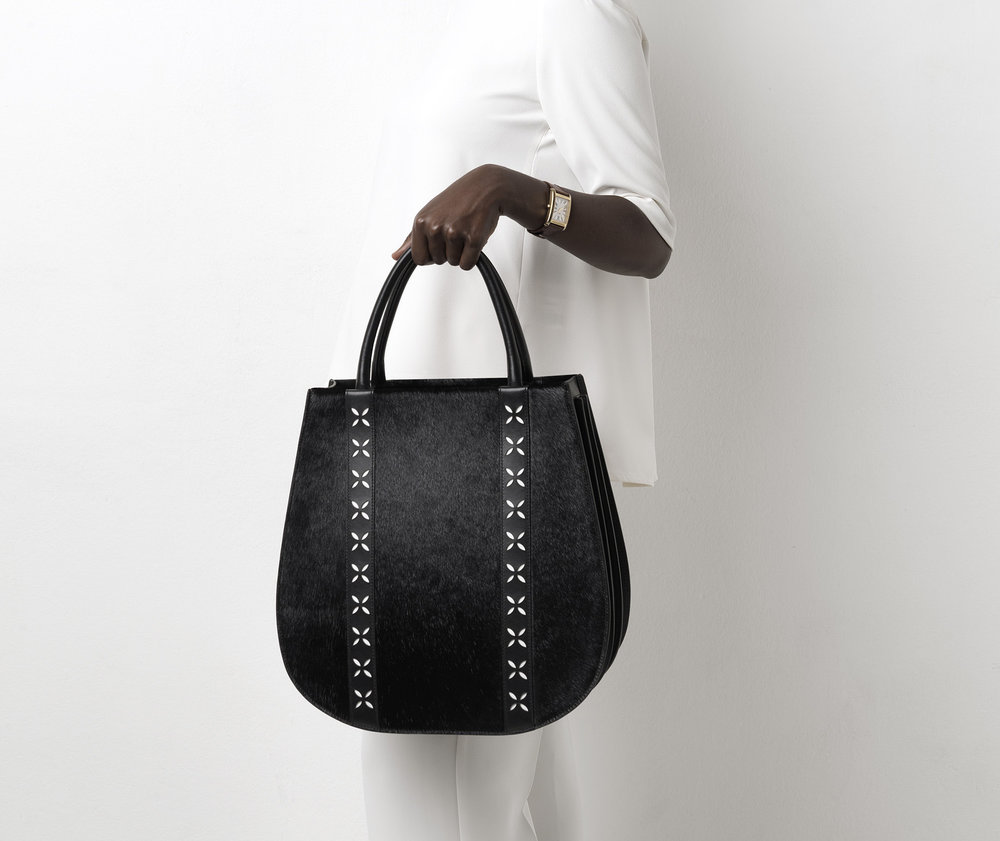 Inspired and determined, Laiboni quit her job, moved to Milan, and enrolled in design school—Italian-made, after all, is an international lodestar for quality. Assessing Africa’s natural resources (exotic leathers and precious gems that have long supplied luxury brands), Laiboni decided to focus her collection on accessories. For Laiboni, SIWWAA is “a way to share Africa’s heritage with the world, using design as the medium. I think about Dolce & Gabbana and the way they’ve re-created Sicilian culture in these beautiful clothes. For SIWWAA, design is a tool to integrate and communicate Africa’s story in contemporary, everyday life,” she says.

The first design, which is currently available, is the Chanzo tote, named after a Swahili word for the start or source. Its softly sloped, bulbous silhouette was drawn from traditional African ceramics, which are historically given as gifts at the beginning of important partnerships. As part of her design process, Laiboni worked with anthropologists at the University of Nairobi to ensure that everything SIWWAA produces expresses one or another element from Africa’s cultural history. The jewellery utilizes a particular variety of ceramic beads crafted on Kenya’s Lamu Island, set alongside intricately woven sterling-silver latticework done in Italy.

The goal is to have all of SIWWAA’s range sourced and produced entirely within Africa by the end of next year, but as of yet the infrastructure can’t meet the brand’s demands. “We leverage as much of Africa’s craft technique as possible and wherever there are gaps, we outsource to Italy,” Laiboni explains. The company has invested in developing Kenyan facilities and training to cross-pollinate Italy’s savoir-faire with Africa’s, instilling a new generation with the skills of both cultures. At least for now, SIWWAA’s hybrid of African designs and European craftsmanship yields pieces that translate to the universal language of chic.

The ‘Archive Redux’ collection is due to land this December.

Yes, luxury puffers. Time to get involved and feel the warmth.

Online fashion weeks are shaping up to be as gruelling as physical ones — albeit without the schlepping and long waits.

Turns out, a Birkin will bring you better returns than a Banksy.

The collaboration – Abloh’s first for the French maison – is now available.

The luggage favourites add eyewear to its fold.

The multi-talented musician is the perfect fit.