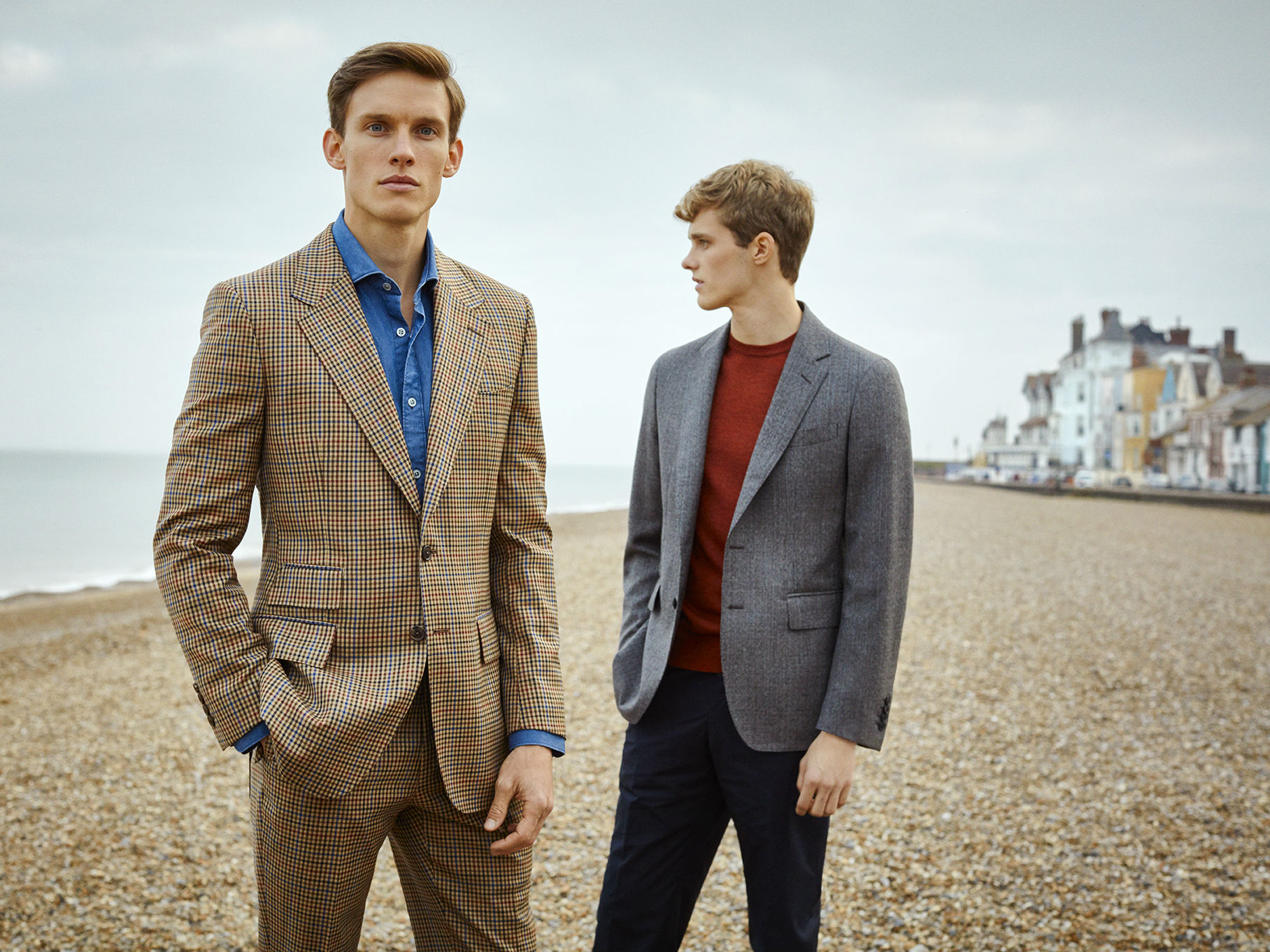 Into the blue: this summer’s best denim shirts

How the iconic casual-cool look is fast becoming a high-end fashion staple.

Legend has it that Christopher Columbus’s fleet was thrust towards the New World by sails made of the coarse, twilled cotton fabric referred to in France at the time as ‘serge de Nîmes’.

The story of denim’s passage into sartorial ubiquity, though, really begins in the late 19th Century when a Bavarian migrant by the name of Levi Strauss, the proprietor of a San Francisco dry goods business, teamed up with Latvian-Jewish tailor Jacob W. Davis to create and patent riveted denim pants that would weather the toils of the gold rush and the Wild West.

Strauss and Davis would surely have been astounded to see their utilitarian invention become the fashion staple it did the following century. 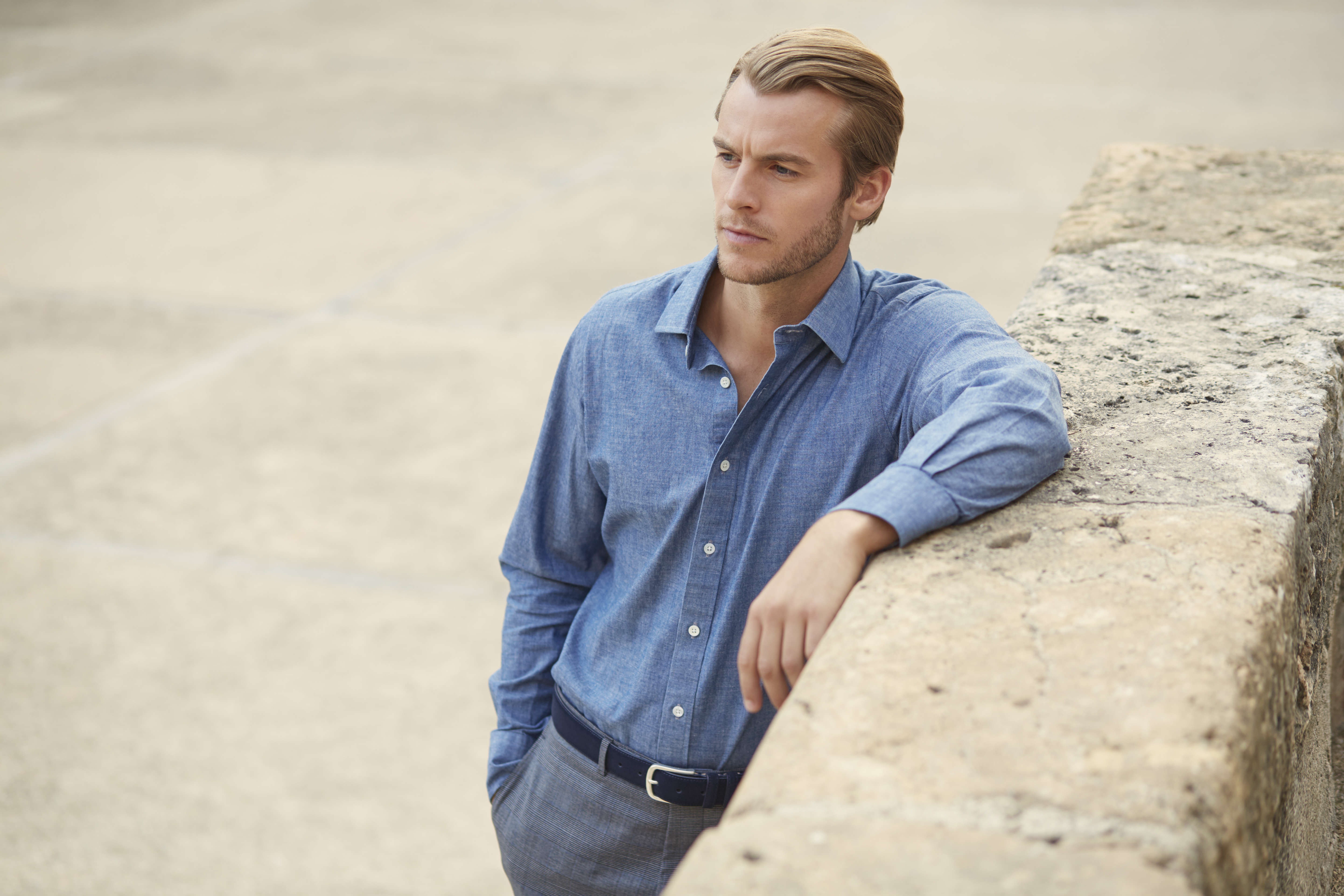 The Westerns of the 1930s having exposed them to the masses, jeans – in some form – were embraced by pretty much every post-war youth movement you could name (“We did a technical measurement that we had 96.3 percent market share at Woodstock,” a modern-day Levi’s spokesman is reported to have quipped, “and the other 3.7 per cent were probably naked people.”)

Jack Kerouac, John Wayne, Bob Dylan, Bruce Springsteen and Marilyn Monroe all helped cement the iconic cool factor of jeans: a garment once deemed so symbolic of Western decadence, they were considered contraband in Soviet Russia.

But its transition from work-wear to casual-wear wouldn’t be the final twist in denim’s rich narrative. In recent times, this hardy textile has gone one stage further, and become an acceptable – no, make that de rigueur – fabric for garments worn in formal settings. 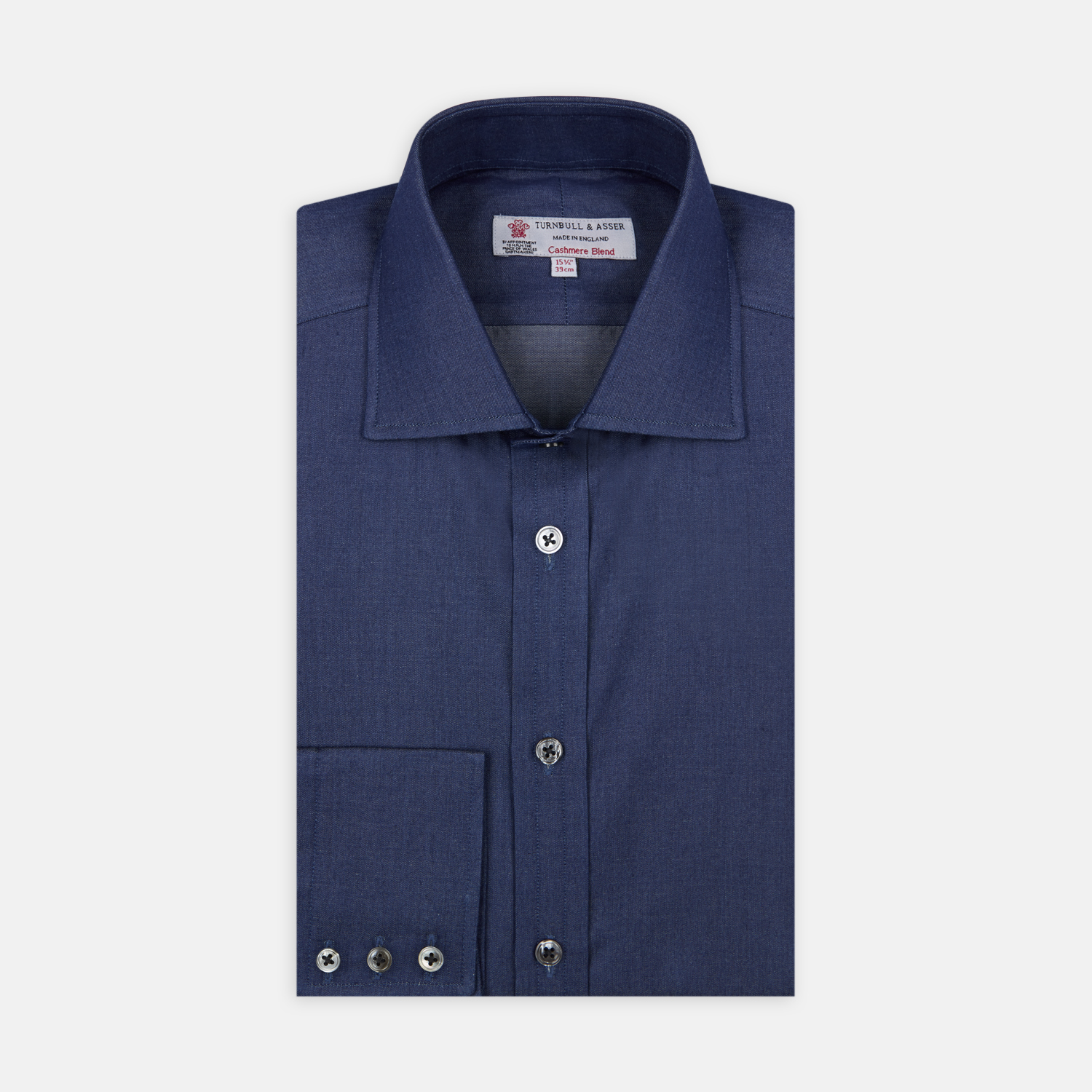 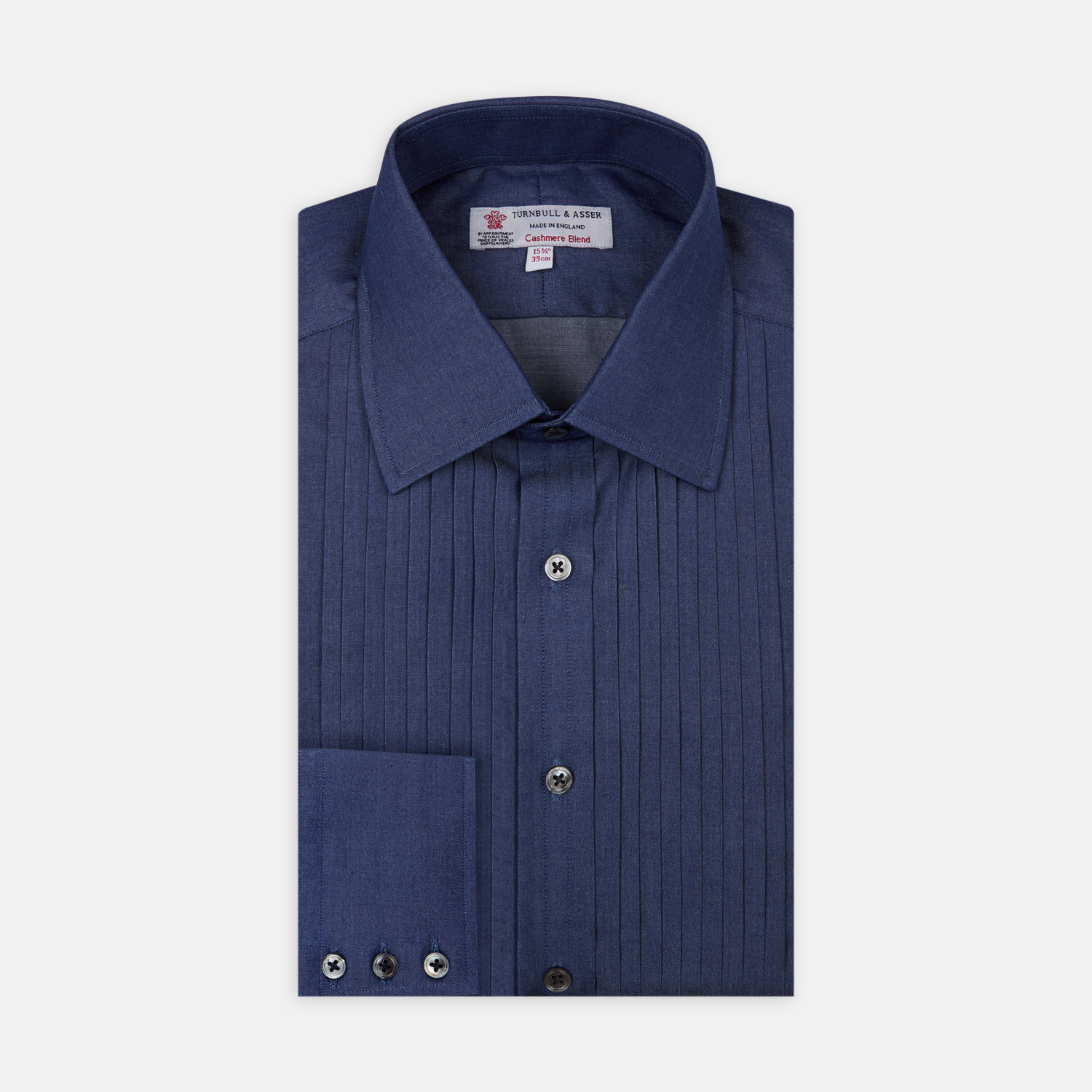 Perhaps the most obvious sign of denim’s elevation into the higher echelons of menswear is the number of formal men’s shirts available in the fabric. 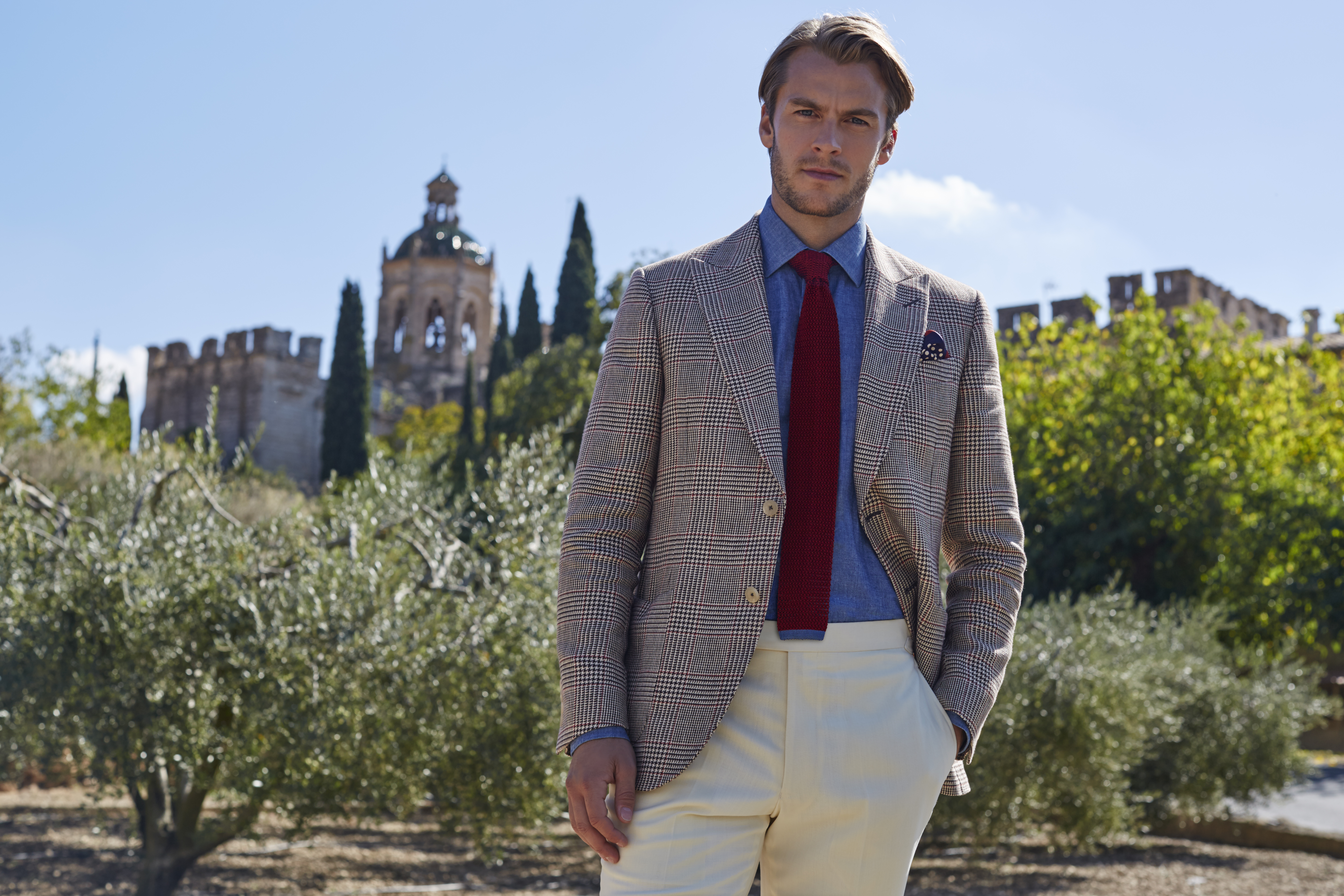 They’re not the only Savile Row brand getting in on the act: Gieves & Hawkes’s tailored pieces (AU$265, gievesandhawkes.com) with classic spread collars and single cuffs come in soft Italian fabric, and harmonise well with a tan checked suit.

Those traditionalists who baulk at the idea of denim in the office will be even more astounded at the thought of gentlemen’s outfitters using it to create tuxedo shirts (that is, unless they recall Sean Connery’s Marol Astaire shirt, one which would easily pass for denim, worn under a black shawl lapel dinner jacket in 1962’s Dr No). Turnbull & Asser’s dark blue, denim-cashmere, pleated front tuxedo shirt (AU$411) would look perfectly acceptable in a Claridge’s banquet room, as would Marol’s in denim twill from the Carlo Riva mill with Australian mother of pearl studs and cufflinks (AU$885, marol.it). 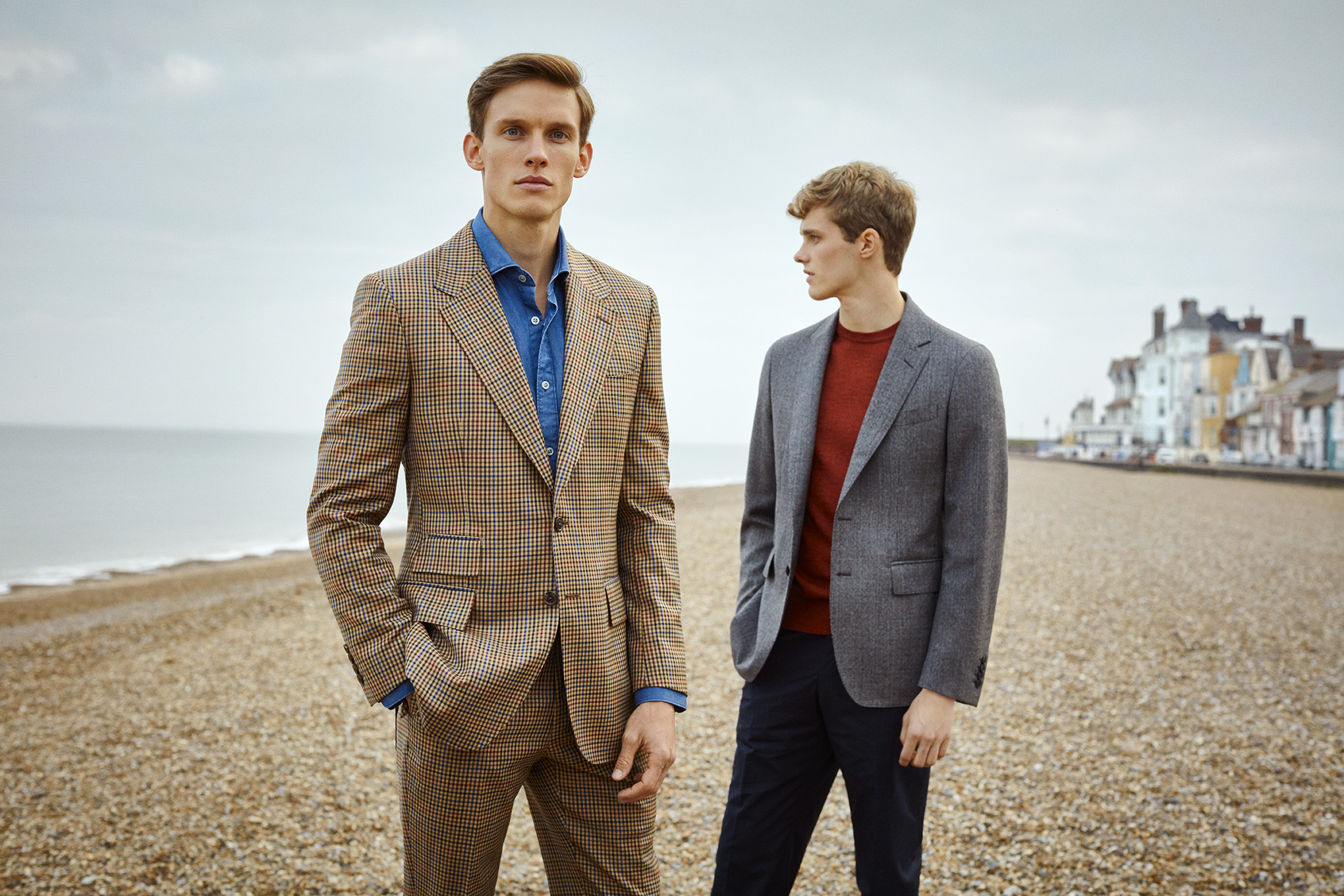 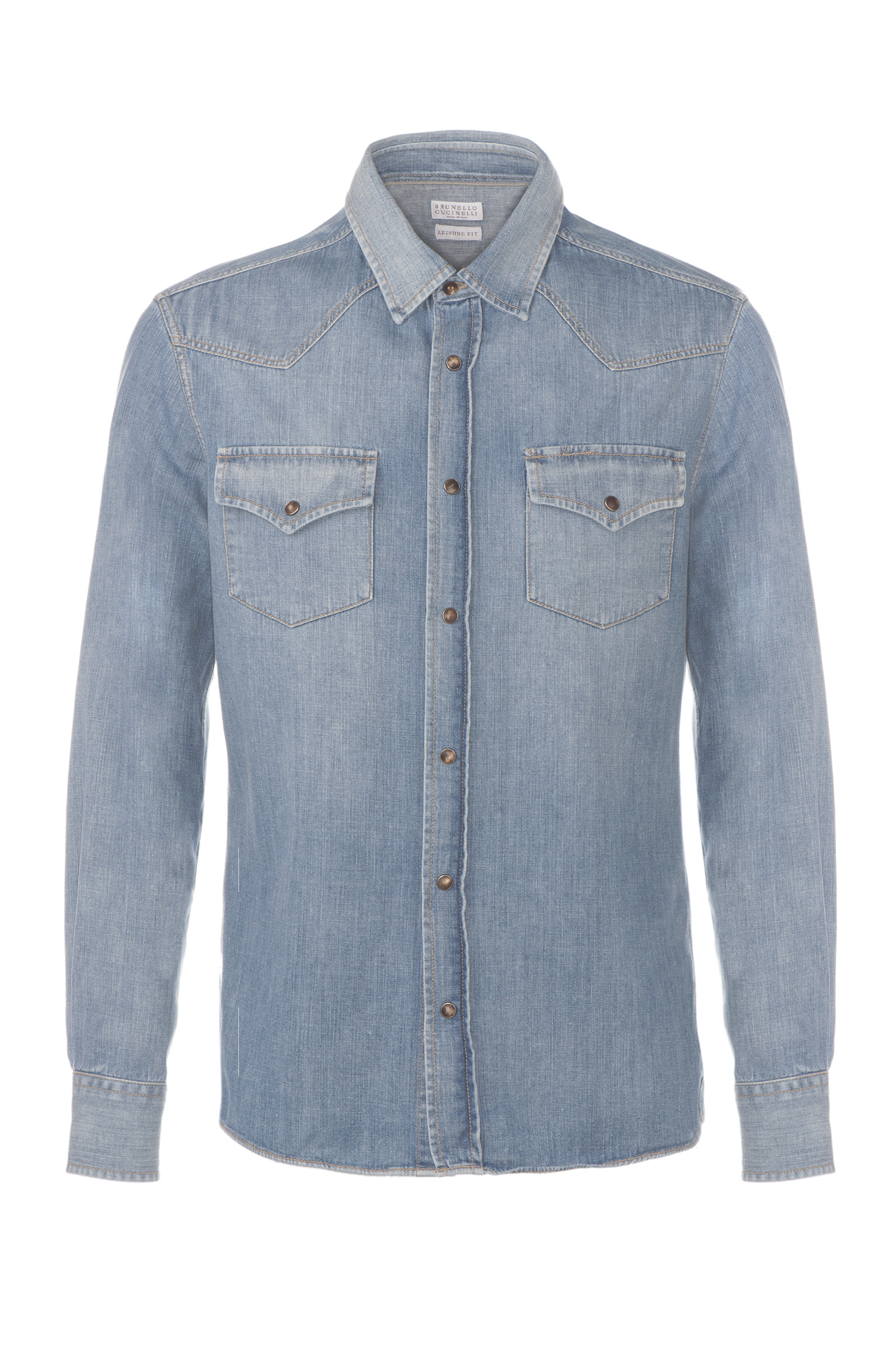 If you prefer to sport denim in a fashion more rooted to its gritty, hard-wearing origins, meanwhile – think Gianni Agnelli swanning around the Riviera in the Seventies – Brunello Cucinelli’s Spring/Summer 2018 shirts in lightweight washed denim (AU$949, brunellocucinelli.com) have a touch of rugged Gold Rush chic about them, yet wouldn’t look amiss under an unstructured blazer.

As for denim’s future as a menswear staple, that’s a twisting saga that shows no sign of coming to a denouement any time soon.