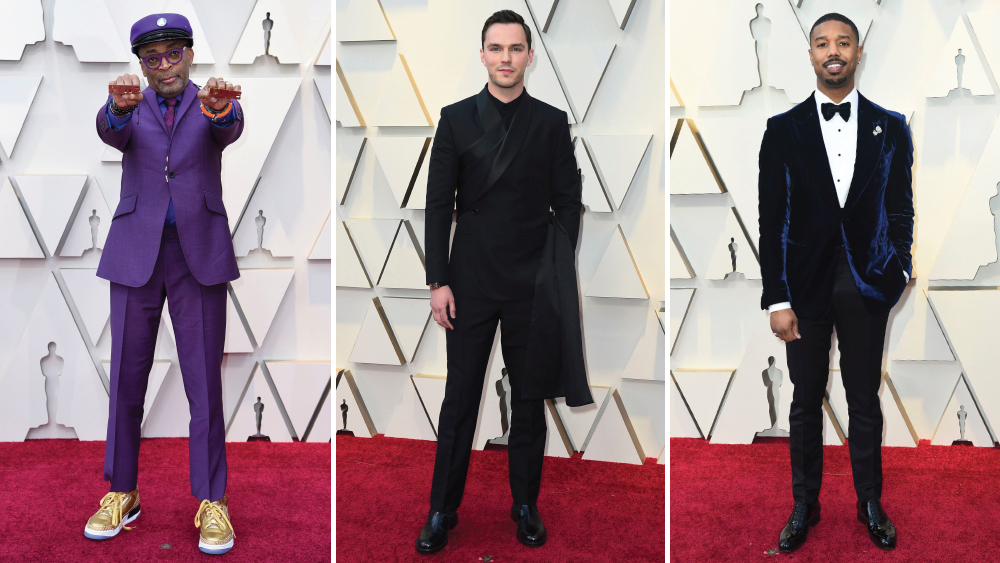 Last night was Hollywood’s big night, one filled with expected wins, a few surprises, Lady Gaga and Bradley Cooper making goo-goo eyes at each other and, of course, lots of fashion.

In terms of sartorial splendour, it’s the women who really get to shine on nights like this, and rightfully so. Still, it’s a chance for men to show off some more formal style and take their personal style and marry it to the traditional tuxedo (the dress code is officially “black tie formal”).

Here’s a look at how Hollywood’s most stylish men turned up for the biggest night in movies.

# Rami Malek in Custom Yves Saint Laurent
When it comes to classic, a sharp silhouette and a perfect fit is the best way to turn heads. Malek nailed the night even before walking away with top honour. 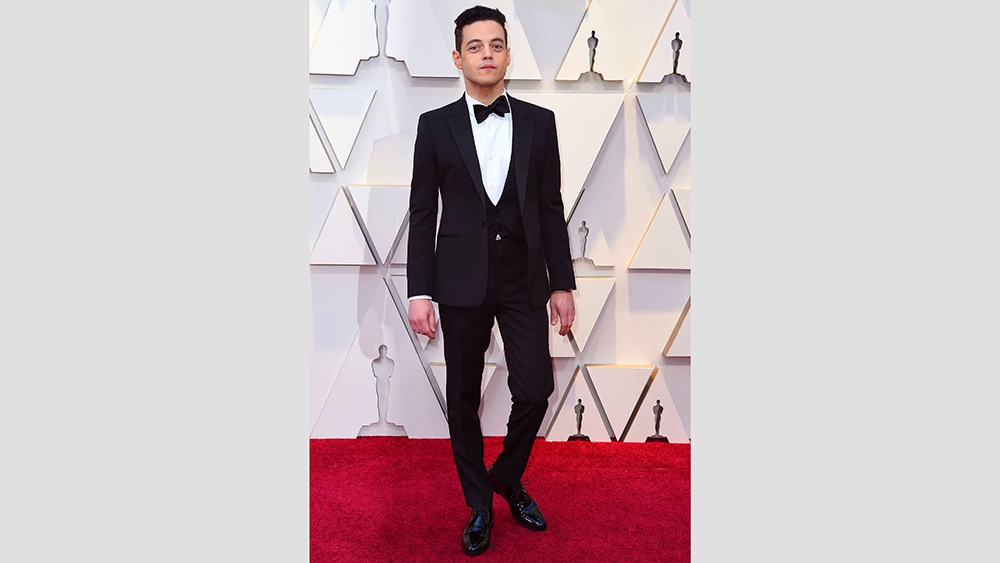 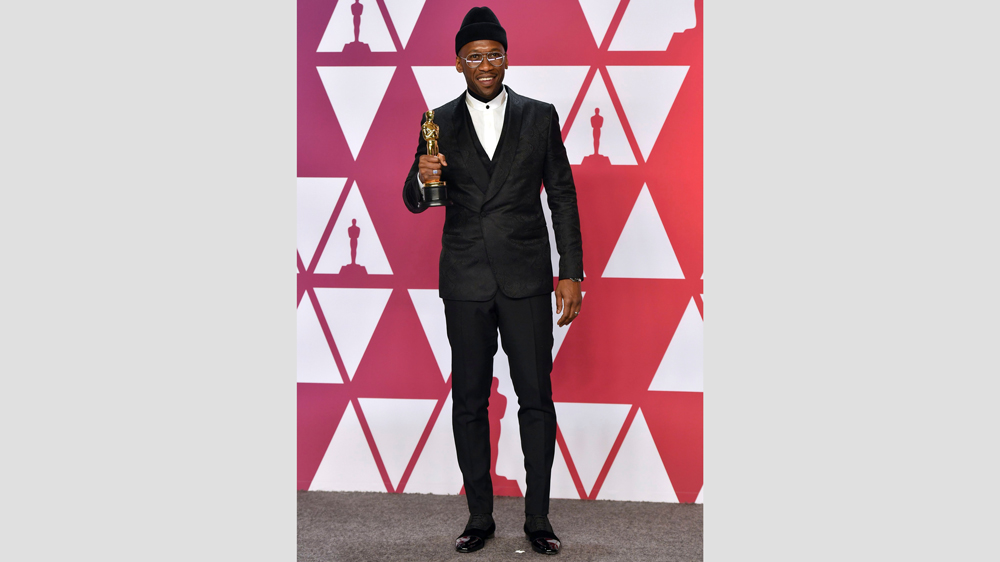 # Jason Momoa in Custom Fendi by Karl Lagerfeld
Beyond the standout pink take on the tux, Mr. Lagerfeld made Momoa a special matching velvet scrunchie for his famous locks. Even better, in true Hawaiian He-Man style, the actor took off his shirt for the after-party, because that’s what you do when you’re Aquaman. 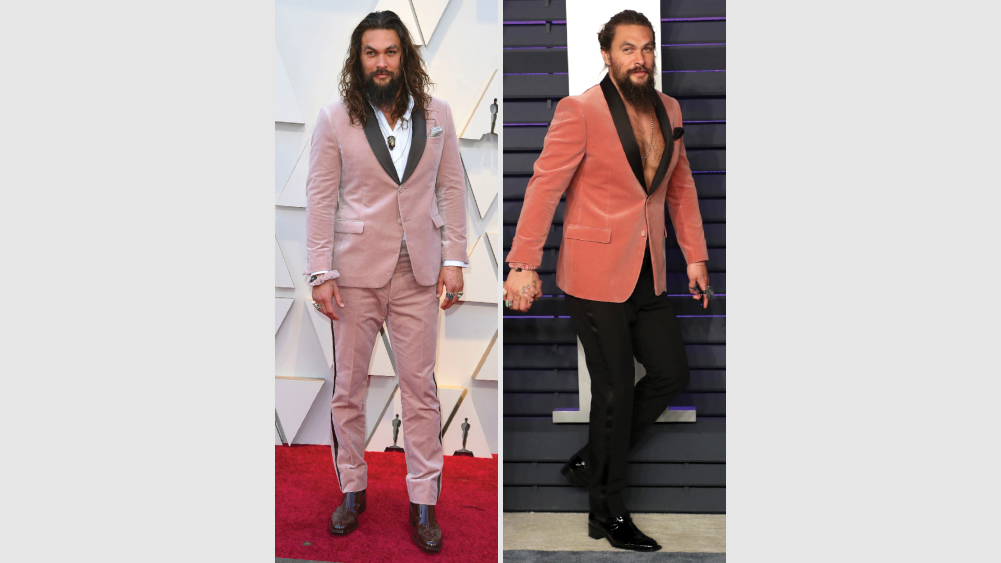 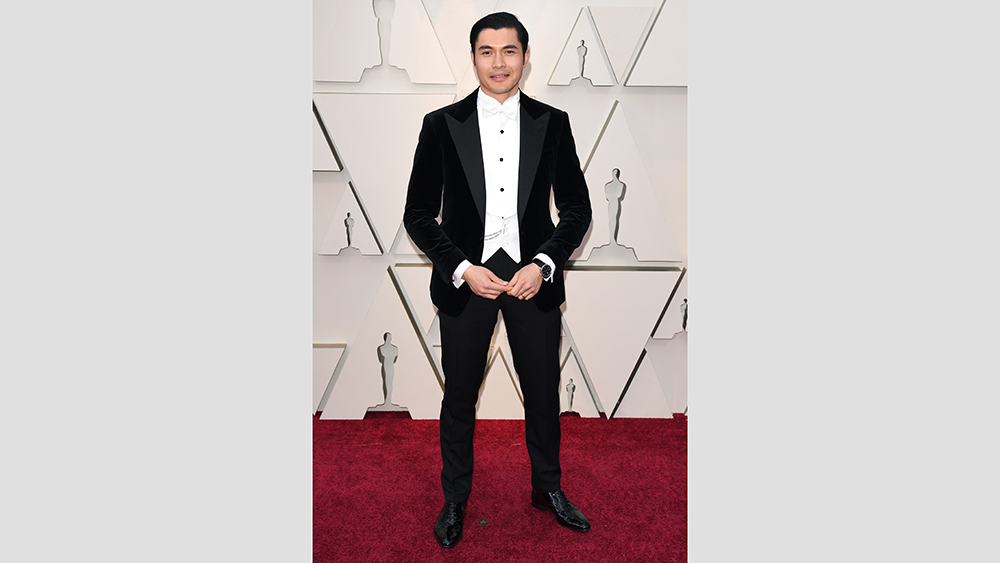 # Nicholas Hoult in Dior Men
Hoult took on the newish Dior Men designer’s signature suiting, which was a riff on the double-breasted jacket, but with some additional panache. 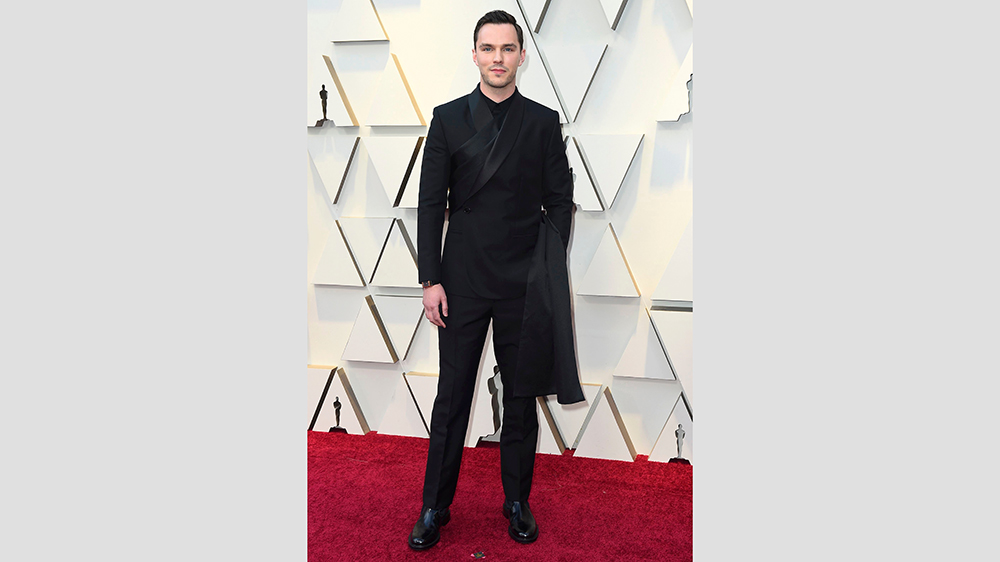 # Spike Lee in Ozwald Boateng
The notoriously dapper Lee went full violet last night, in part an homage to the iconic performer Prince. And he flexed some more sartorial might below the ankle, by wearing custom Golden Air Jordan 3 “Tinker” trainers. 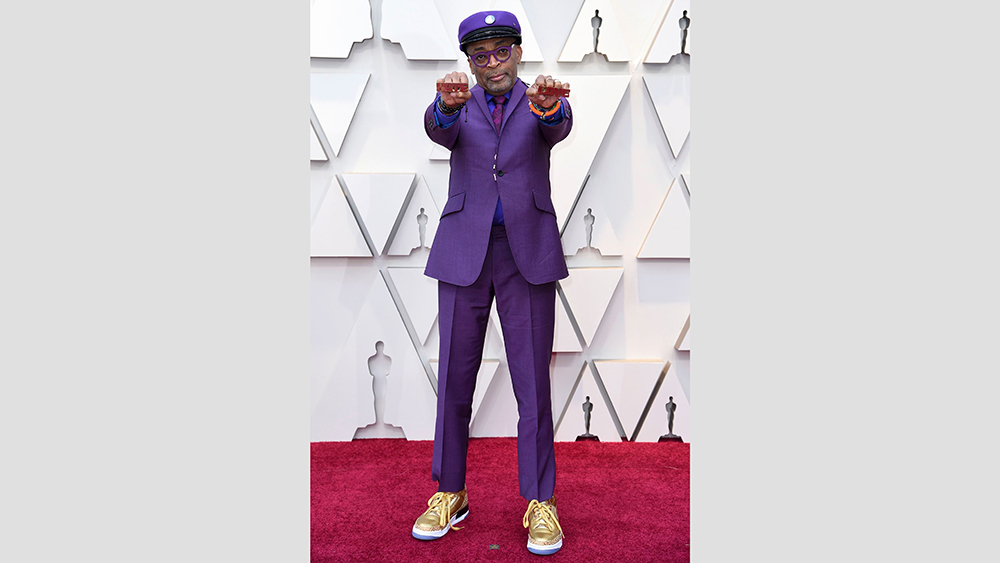 # Alex Rodriguez in Tom Ford
A nice way to stand-out in a sea of tuxedos is the white jacket—both flashy and classic at the same time. 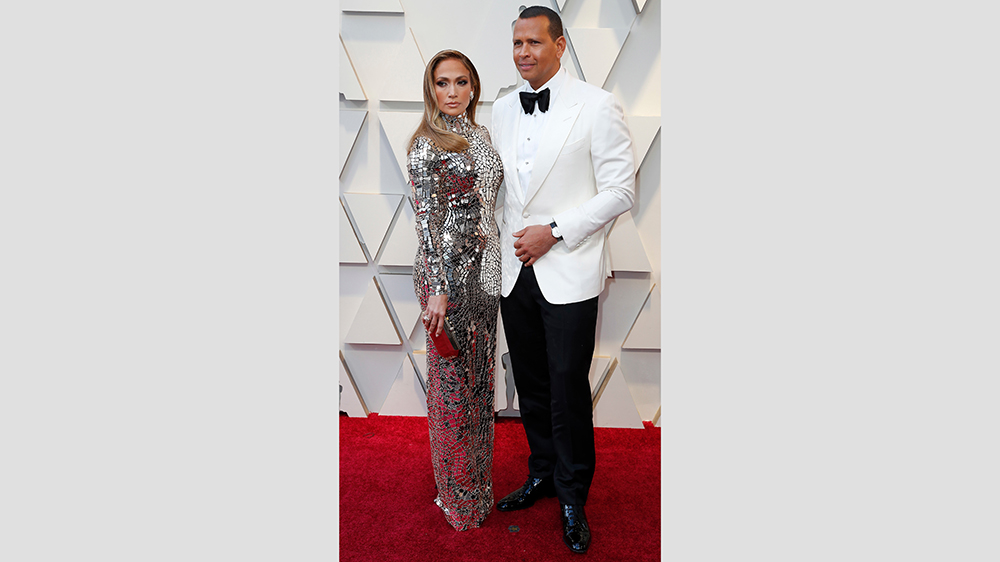 # Michael B. Jordan in Tom Ford
Jordan, who’s no style slouch, did the perfectly understated tuxedo move that every guy who frequently has to don formalwear should try: velvet. By swapping out the traditional jacket for a velvet one—here in a subtle inky midnight blue—he looked distinguished but also distinct. 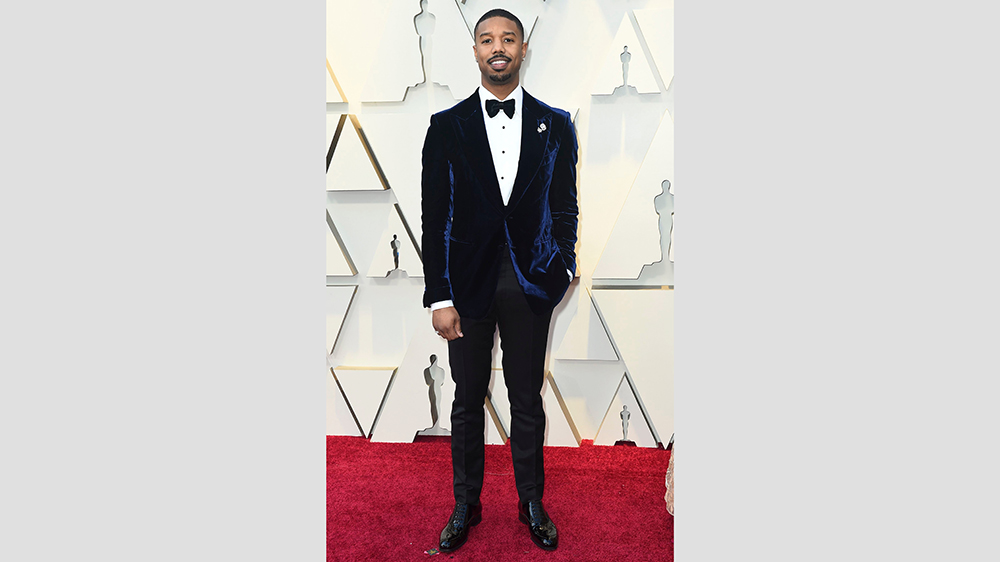 # Billy Porter in Christian Siriano
It’s 2019 and we’re in the midst of a gender-bending revolution, perfectly demonstrated by this tux-meets-gown look from Pose star Billy Porter. Should everyone try it? No. Should most people try it? Still, no. Still, full marks for standing out. 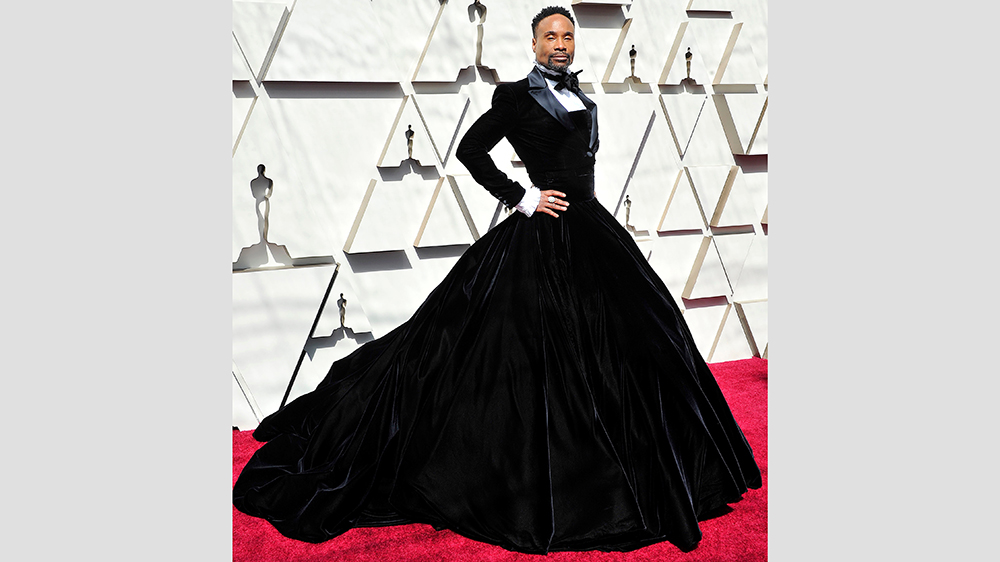