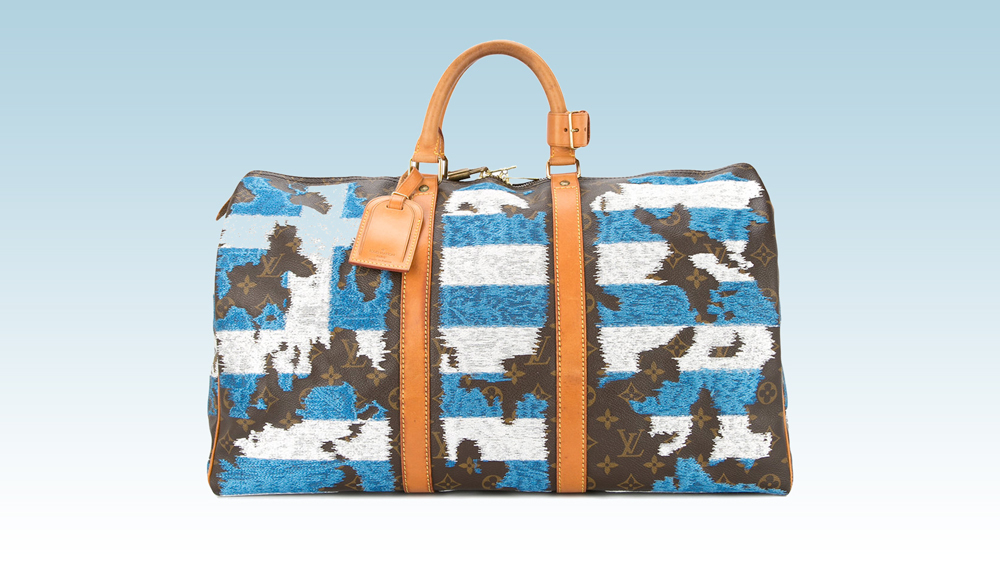 The Parisian label has used its signature embroidery on a collection of vintage Louis Vuitton bags for a one-of-a-kind offering.

Each one-of-a-kind bag has been painstakingly hand-embroidered with striking graphics of various international flags, from Saudi Arabia and Uruguay to South Africa and Japan.

Even North Korea is represented… although we’re not sure who is buying. Other themes include skull and crossbones, palm fronds, and other various combinations of embroidered fabric, stone, and stud embellishments. 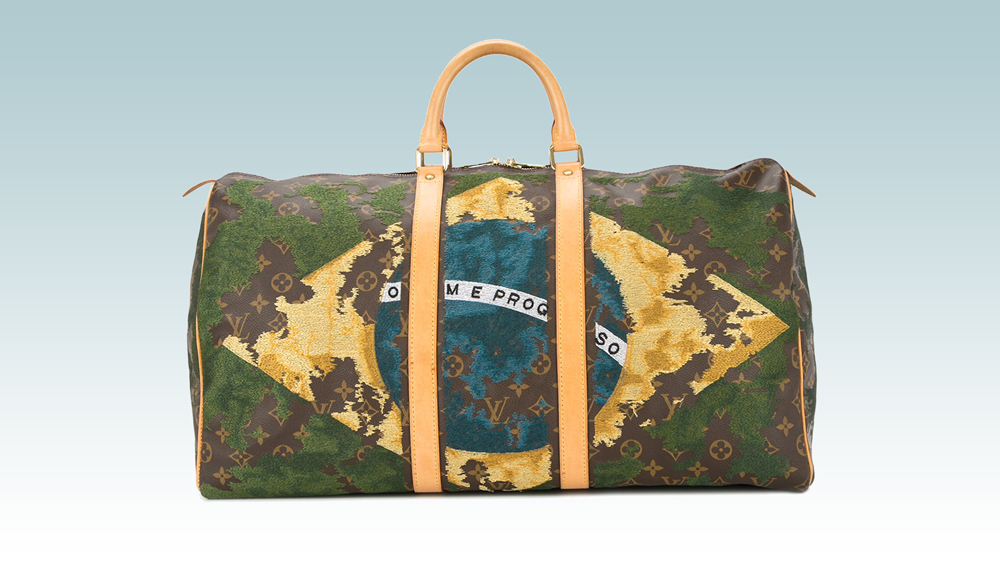 Jay Ahr designer Jonathan Riss has had a lifelong passion for Louis Vuitton, leading him to amass one of the world’s largest collections of vintage Louis Vuitton keepall bags – an iconic piece of luggage by the French maison first created in 1930.

The bag was first created as a lighter introduction to the travel luggage market – although by today’s standards it would be considered weighty compared to modern nylon travel luggage. These days, the bags are more of a style statement than a reasonable travel companion.

With this collection, Riss has upped the ante on the statement by using his exquisite talent for embroidery, which he has honed over the course of two decades, to create a series of patchwork themes inspired by artwork from local artisans from each country. 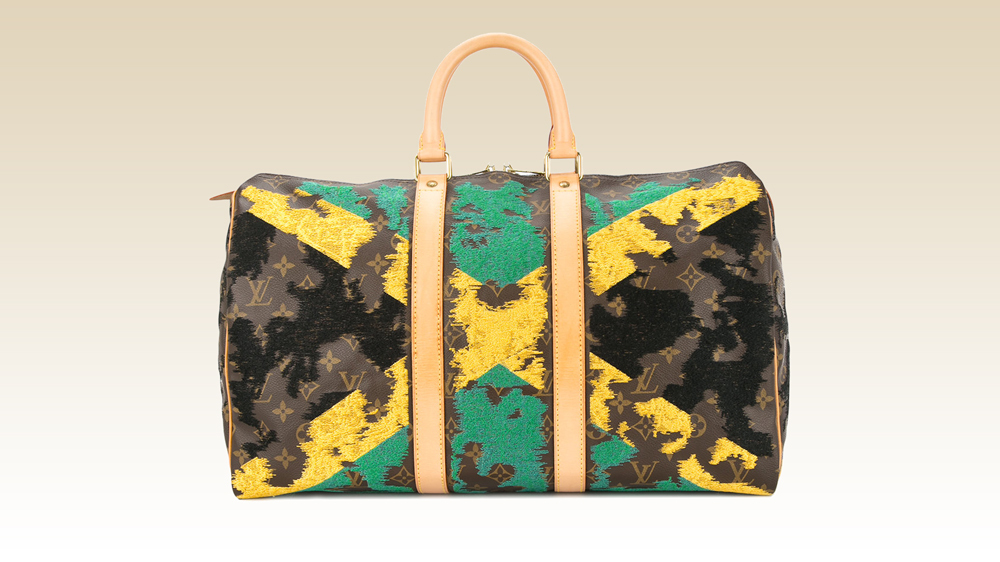 Persian rugs from Iran, Shunga from Japan, and African and pre-Colombian art are just a few of the inspirations behind the designs. Each design weaves around the classic Louis Vuitton monogram so that small pops of its iconic LV symbol can be seen on the surface.

Because these bags did not sit tucked away in a warehouse as Riss collected them, they have some natural wear and patina from their travels around the globe. Working in new designs on top of the iconic logo has been a long-time favourite endeavour by designers, both within and outside of the house. 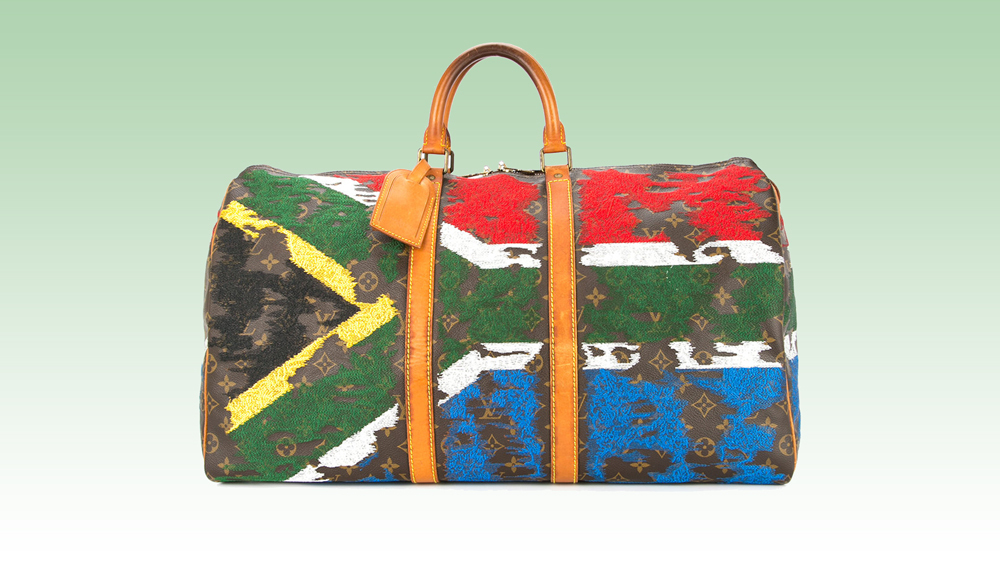 Those coveted bags included visual sketches of exotic animals on top of the classic Louis Vuitton logo. Riss’s reworked Louis Vuitton bags have the added appeal of their vintage, worn-in aesthetic and have a price tag to match. The collection is available now.