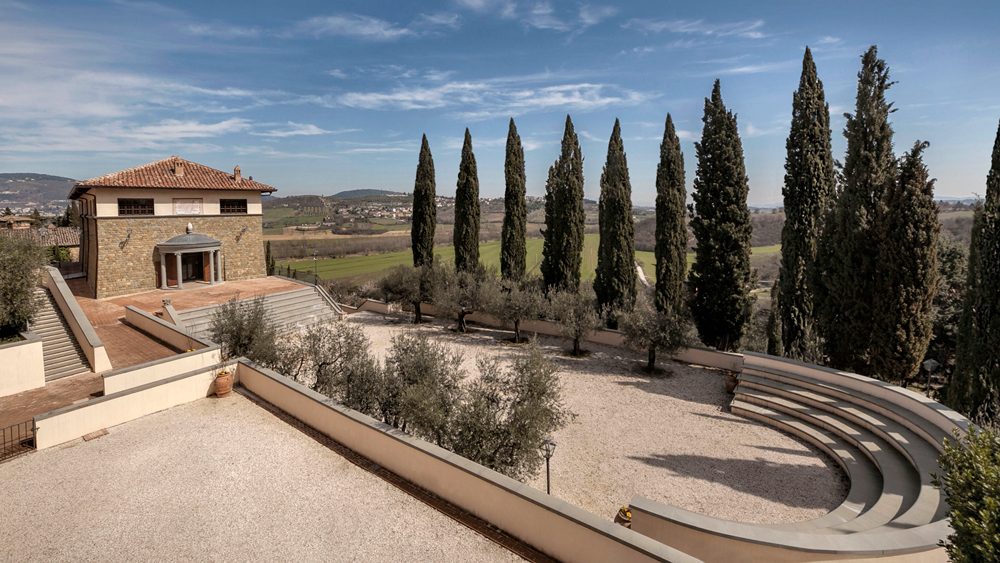 The iconic designer unveils the brand’s sweeping (and sustainable) new headquarters in the picturesque village of Solomeo.

Most people know Brunello Cucinelli as the luxury brand that dresses CEOs and entrepreneurs in exceptional cashmere and layers of stylishly relaxed clothing. But Brunello Cucinelli the man has a much greater mission. Since he started his eponymous business 40 years ago, his dream has been “to work for the moral and economic dignity of the human being.” He further explains, “I imagined a company that would make a profit, but I wanted this profit to be achieved with ethics and respect of human beings – manufacturing products without harming the creation.” More than just talk, Cucinelli delivered on his mission in early-September when he unveiled the final phase of his newly restored hamlet of Solomeo. 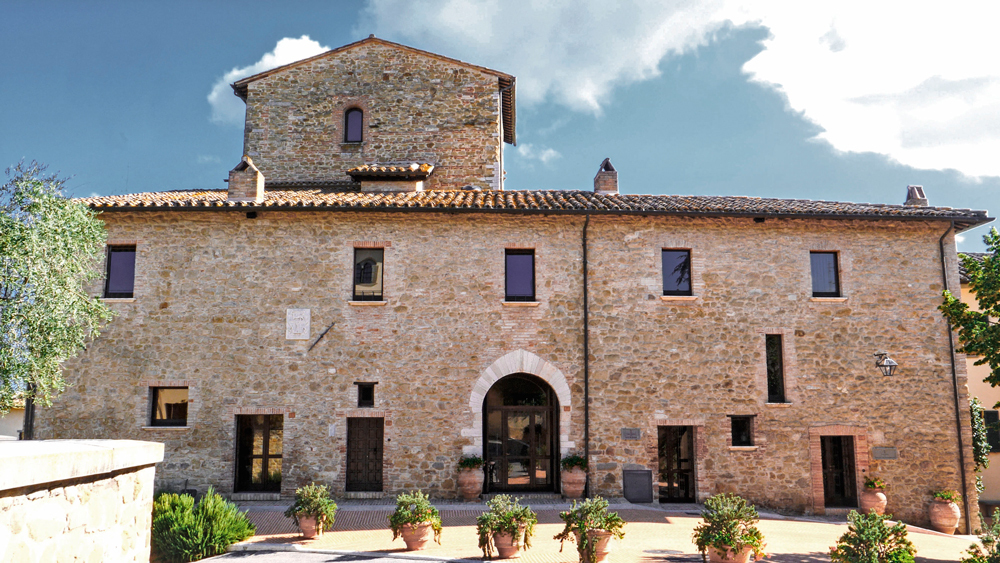 Cucinelli gathered 500 international press in the picturesque medieval Umbrian town to celebrate the completion of years of work restoring the village and the surrounding vineyards and rolling hills that are home to Cucinelli, his family, and his company’s headquarters and workshops. The careful restoration includes a church, a theatre, a sprawling campus of modern offices and design studios enveloped in greenery where the brand’s clothing is made, and the Aurelian Neo-humanistic Academy. The most poetic, though, is an enormous travertine exedra on a hilltop (shown above)- about 4.8 metres high and 24 metres long – with five arches, above which bold bronze letters spell out the words: “Tribute to Human Dignity.” 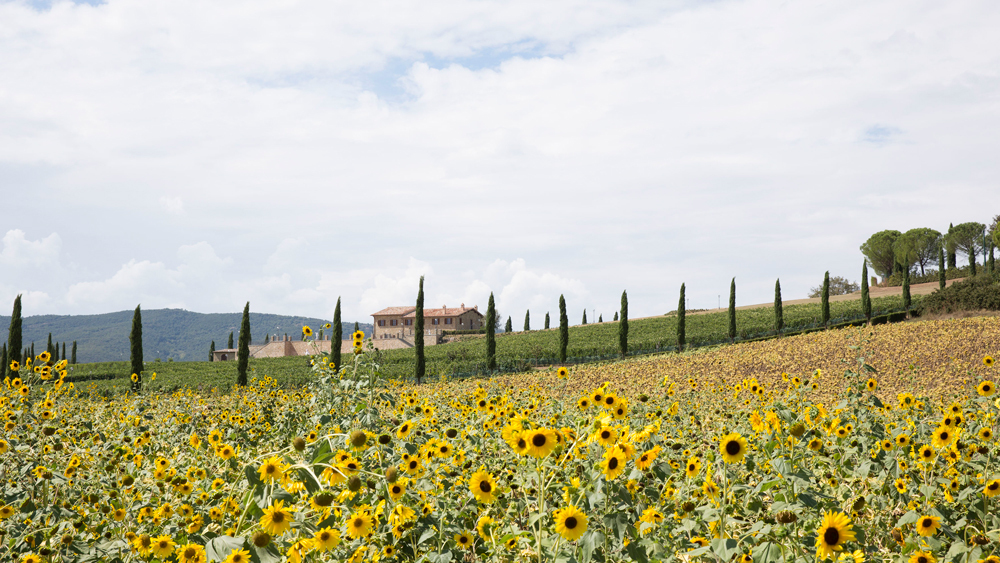 The village has been a dream of Cucinelli’s since he was a young man inspired by his hard-working father. Photo: Courtesy Brunello Cucinelli/Kimberley Ross

“I wanted to give dignity back to the land,” said Cucinelli, who celebrated his 65th birthday the day before the unveiling. To further mark the occasion, he has also released a book, The Dream of Solomeo, which he worked on over several years and illustrates what he calls “my life and the idea of humanistic capitalism.” As the son of a farmer who later became a factory worker, he told the press gathered to celebrate with him, “I believe it is important for people to work in a pleasant environment, to be paid a slightly higher wage, and to feel a shared sense of responsibility and respect.” 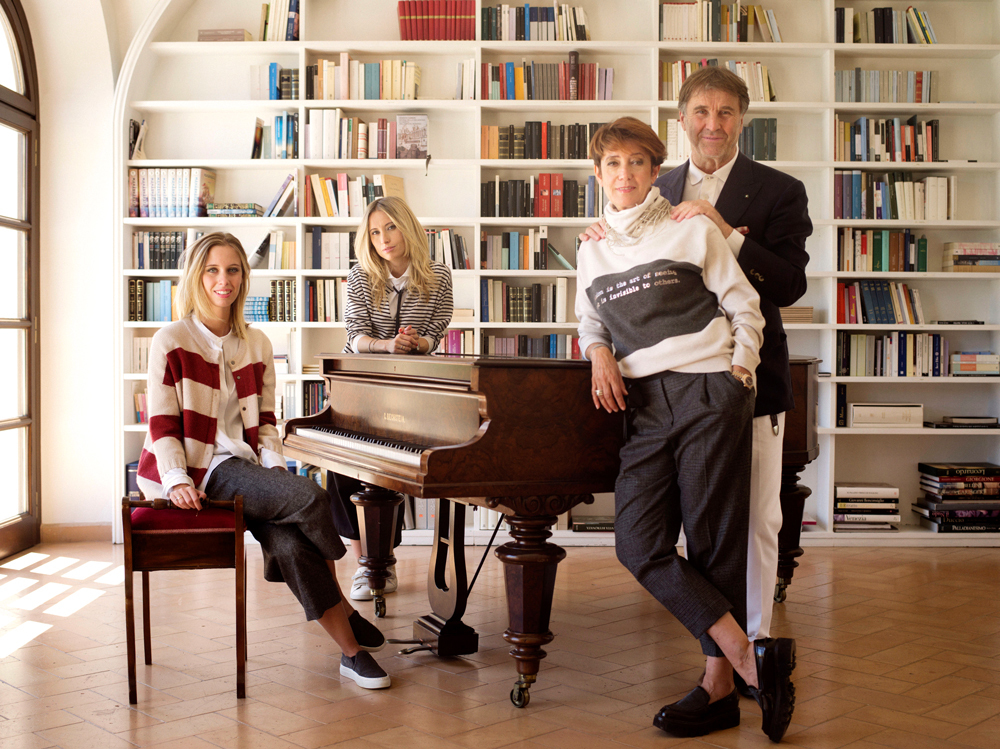 After Cucinelli led his guests on a walking tour of the restoration projects and the brand’s sparkling new headquarters, he celebrated in true Umbrian style with a dinner alfresco overlooking the Tuscan hills, serving the region’s traditional cuisine and wine – marking an accomplishment that has been a mission since he was a teenager observing his own father’s struggles.

Now, when you purchase that cashmere sport coat or sweater, its meaning is far greater than simply another addition to your wardrobe.