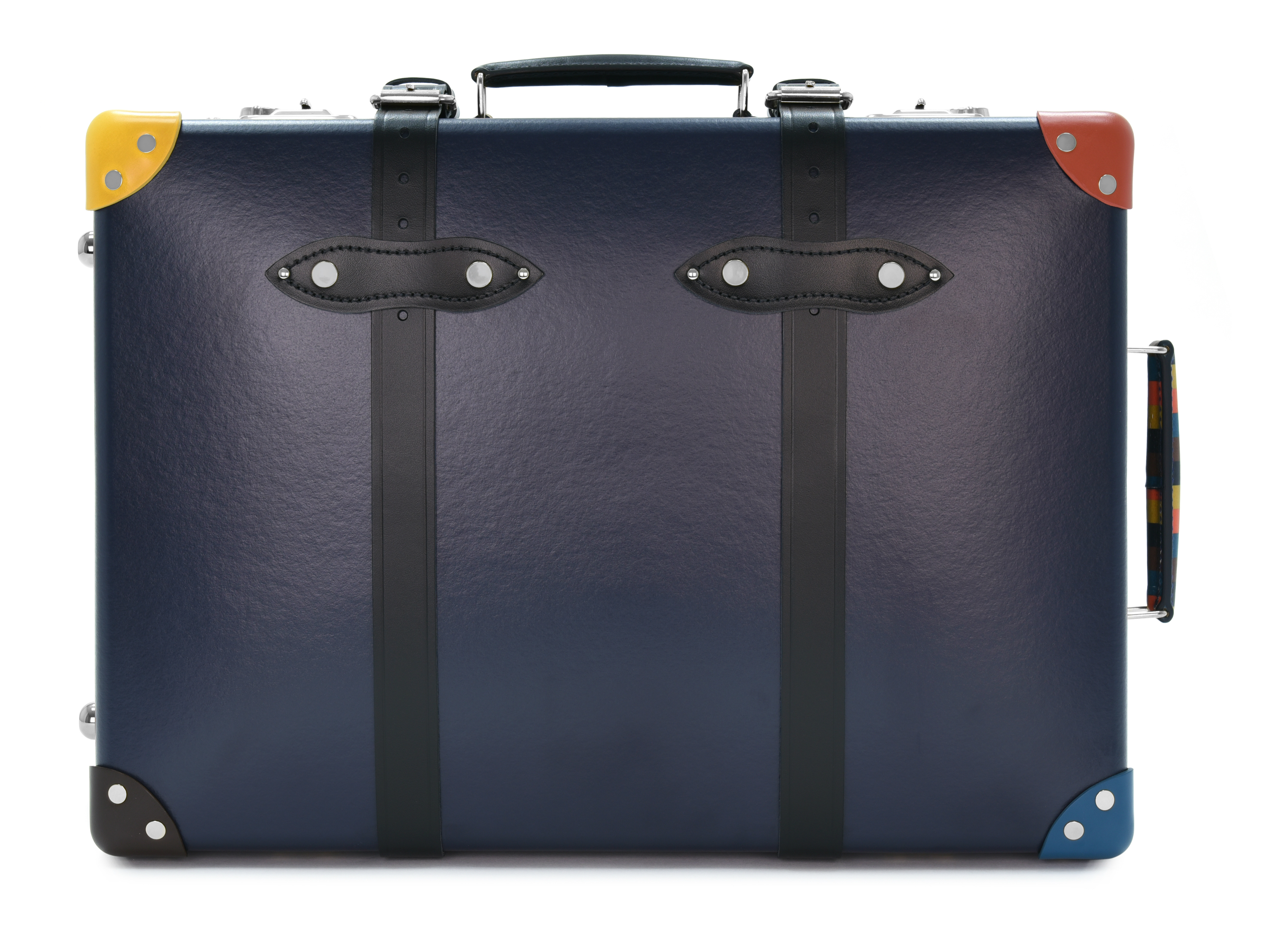 Brawn and beauty make a perfect marriage, in this Paul Smith and Globe-Trotter collaboration

A Globe-Trotter catalogue from early in the 20th Century depicts an elephant standing on one of the British luggage brand’s early cabin trunks. It’s a depiction of a piece marketing theatre that actually did take place – “in front of a distinguished and appreciative company”, as the ad copy reads – at the Zoological Garden of Hamburg, in order to demonstrate the strength and endurance afforded by vulcanised fibreboard: a material the company pioneered back in 1897. 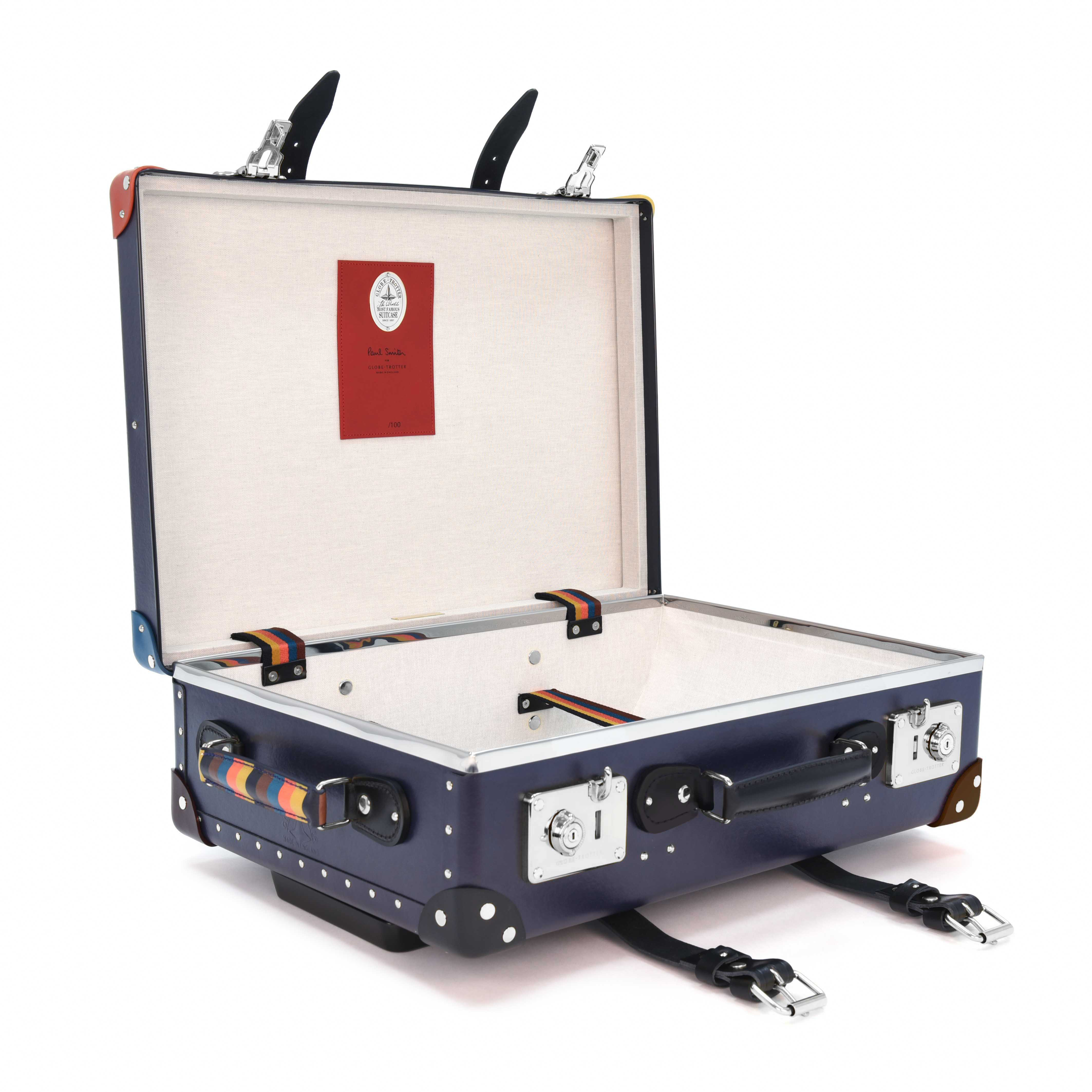 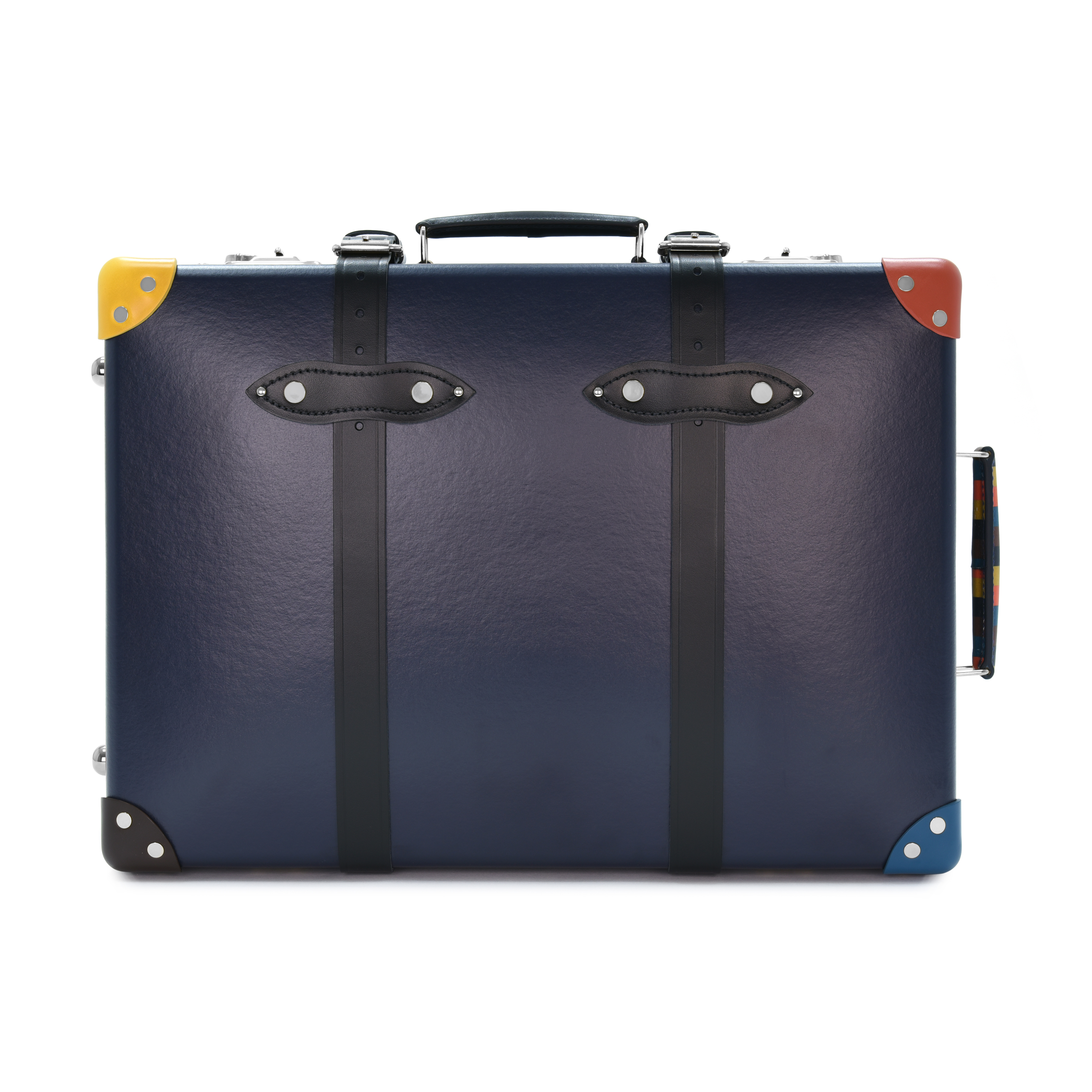 Now, Globe-Trotter has teamed up with preeminent British designer Paul Smith to create a highly covetable limited-edition trolley case (£1700/AU$31,00, paulsmith.com) featuring the mod-tinged brand’s trademark design flourishes. Thanks to the collaboration, Globe-Trotter’s popular 20-inch navy trolley case has been given leather corner protectors in navy blue, ochre, yellow and midnight black, while the webbing strips, handles and chapes feature stripes in the same four colours, which have been inspired by the colours prevalent in impressionist art.

The whimsical touch lent by the Paul Smith aesthetic sings in unlikely but sweet harmony with Globe-Trotter’s industrial-tinged, no-nonsense aesthetic typified by the visible rivets. Just 120 trolley cases will be available from the Paul Smith boutique in Milan during Salone del Mobile (18th–22nd April 2018). 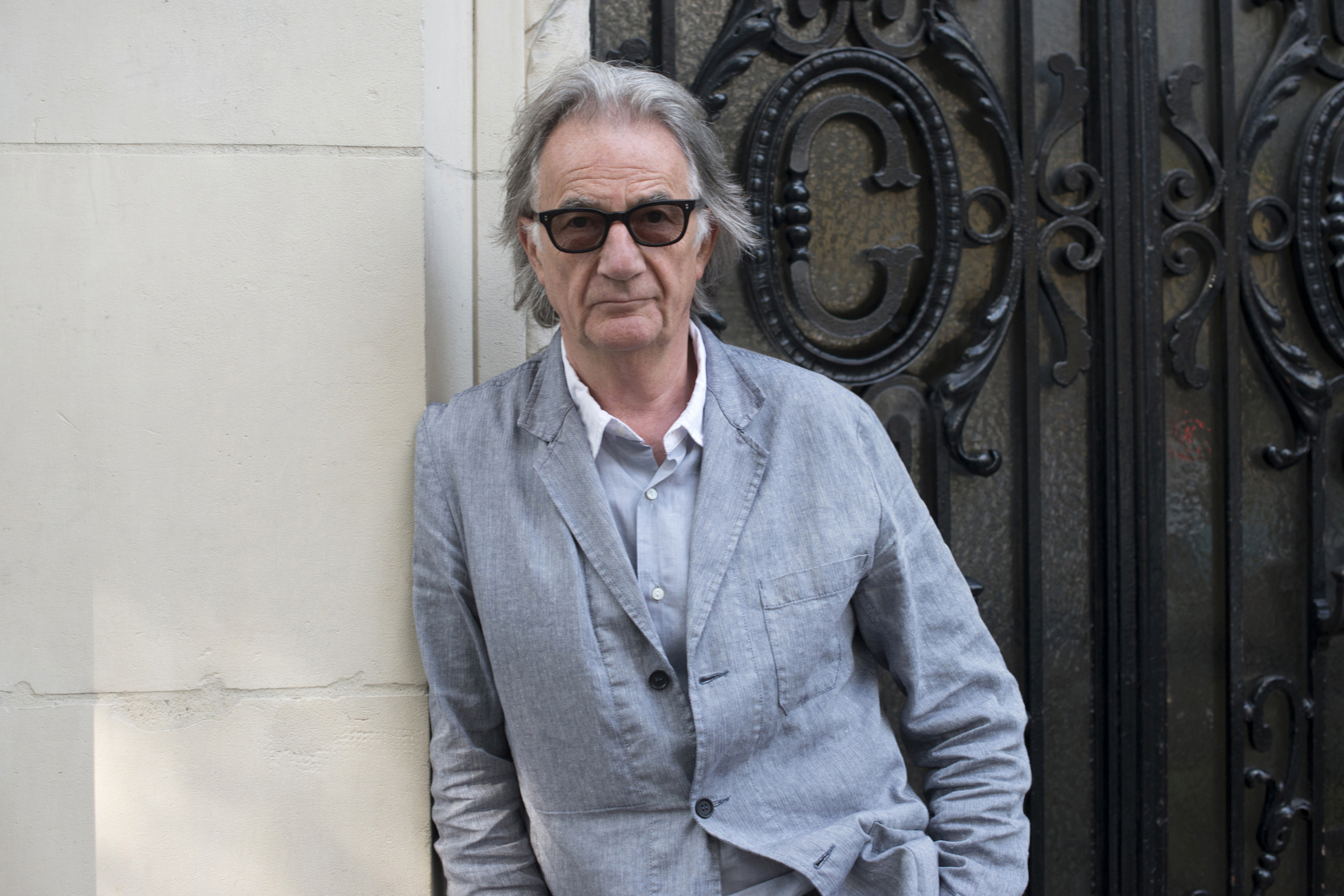 *Designer Paul Smith Photo Getty
*
“As somebody who travels more-or-less every week of my life, collaborating with Globe-Trotter was very appealing because of the robust nature and classical appearance of their luggage,” says Paul Smith. “The design is already amazing and so I’ve respected this and just added the Paul Smith touch with details of colour and stripe. The one I have customised is the perfect size to carry-on – an essential for me when travelling.”