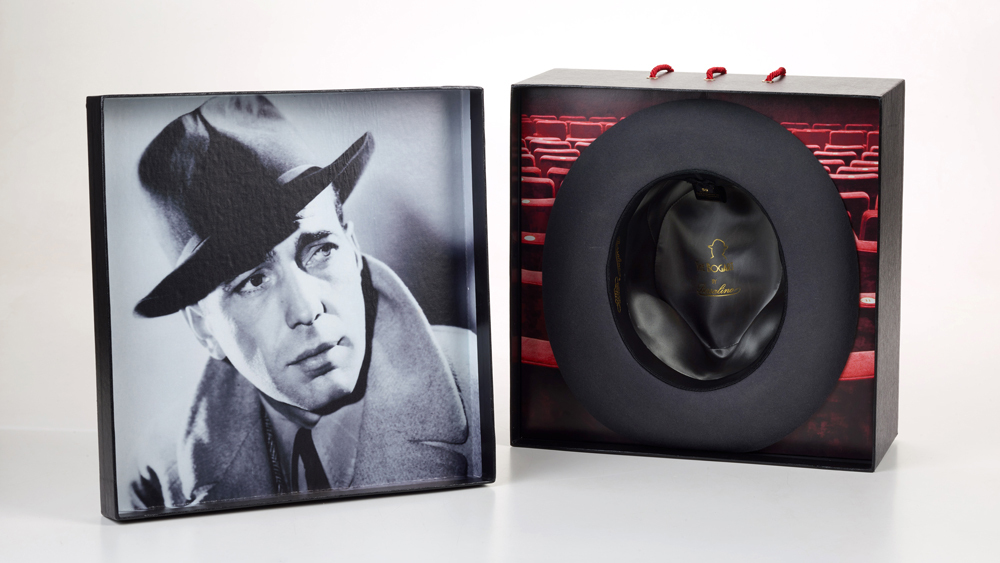 The new fedora pays tribute to the silver-screen legend, who was a loyal client of the Italian milliner.

Founded in 1857 by Italian brothers Giuseppe and Lazzaro Borsalino, the iconic Italian hatmaker bearing their surname has been creating the world’s most recognised felt fedora for over 160 years. In recent times, it’s been a challenge for Borsalino to remain in business — the company had been in a precarious position since 2008, when former majority owner Marco Marenco was arrested for bankruptcy and fraud — but Swiss-Italian businessman Philippe Camperio of Haeres Equita, which has managed the brand since 2016, swooped in to officially purchase the hatmaker at auction two months ago. 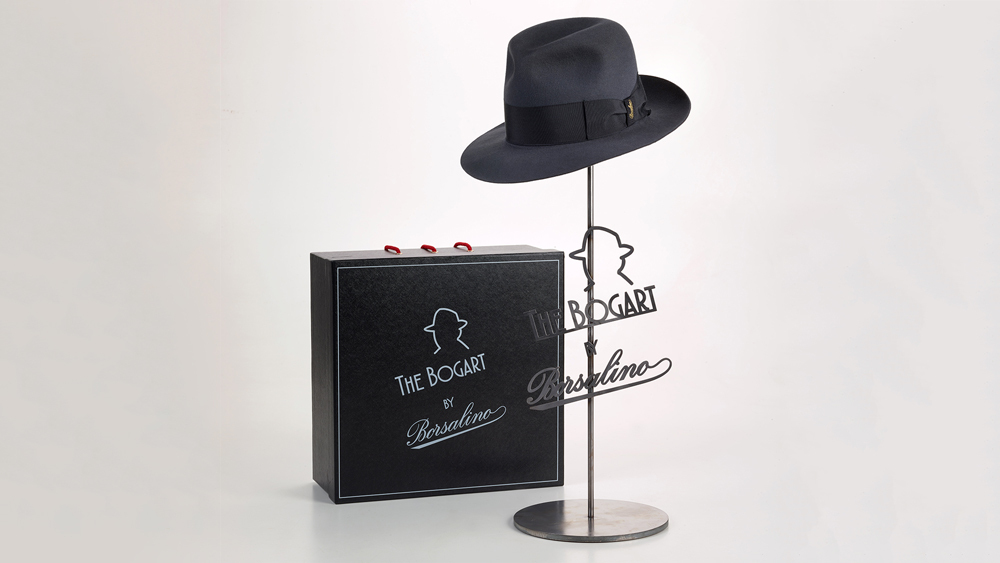 With Haeres Equita’s involvement, sales at Borsalino — which produces approximately 150,000 hats per year — increased from 15.5 million euros to 17 million euros (reported last year). To that end, the company plans to grow Borsalino’s profile and its latest launch plans to capitalise on one of its most famous clients, Humphrey Bogart. In collaboration with the Humphrey Bogart Estate, the hatmaker announced the release of “The Bogart,” a new fedora celebrating the silver-screen legend. Indeed, Bogart made Borsalino hats famous when he wore them on the big screen in blockbusters like Casablanca, launching the company into a global success.

Made from a mixture of hare and rabbit fur, Borsalino’s new Bogart hat reinterprets the classic fedora with a medium brim and a high dome. Its grey “Sebino” felt has been topped off with a charcoal-grey grosgrain belt and lined on the interior with grey satin, which features Bogart’s silhouette. The black leather band inside the hat bears one of Bogart’s iconic sayings engraved in gold: “Do everything. One thing may turn out right.” 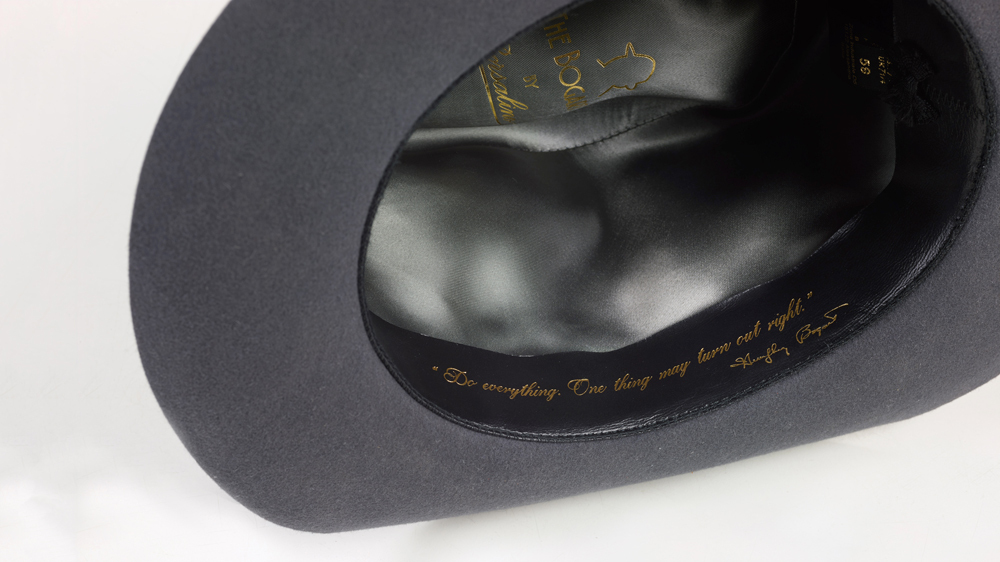 But even prior to Bogart, since the dawn of WWII, Borsalino was so popular that it was producing 2,000,000 hats a year. The 1940s, when Bogart skyrocketed the hat to fame, was the last golden era of Borsalino, as hats increasingly became less de rigueur in the postwar years. But the company is still synonymous with the fedora and has maintained a cult following well into the latter half of the 20th century and into the 21st century. After Bogart forever solidified its moment in Hollywood history in Casablanca, Borsalino hats have since been worn by screen legends like Al Pacino in The Godfather, Robert Redford in The Great Gatsby, Michael Jackson in “Smooth Criminal,” Harrison Ford in Indiana Jones, and many others.

The Bogart by Borsalino is available this month and retails for 355 euros (around $580), in Australia via online outlets like www.matchesfashion.com or www.shopstyle.com.au.