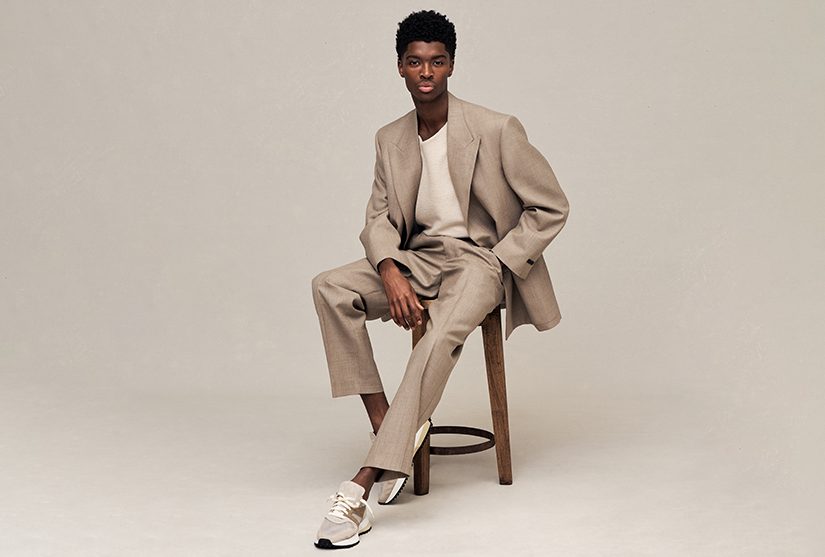 The period’s loose, easygoing way of dressing is a blueprint for how to dress now.

Fashion’s nostalgia cycle has a habit of dredging up looks that are better left in the past. The roulette wheel has now landed squarely on the ’80s, causing trepidation for those who only remember the decade’s garish sartorial excesses, but, viewed with hindsight, the era’s louche, exceptionally soft tailoring works perfectly in the current moment.

That means less Members Only jackets, more Richard Gere as Julian Kay, the suave gadabout in American Gigolo who slept his way through Los Angeles clad in a wardrobe of languidly draped jackets, breezy linen shirts and generously cut pleated trousers, all by Giorgio Armani; the film catapulted the designer to fame and set menswear on a more rakish course. 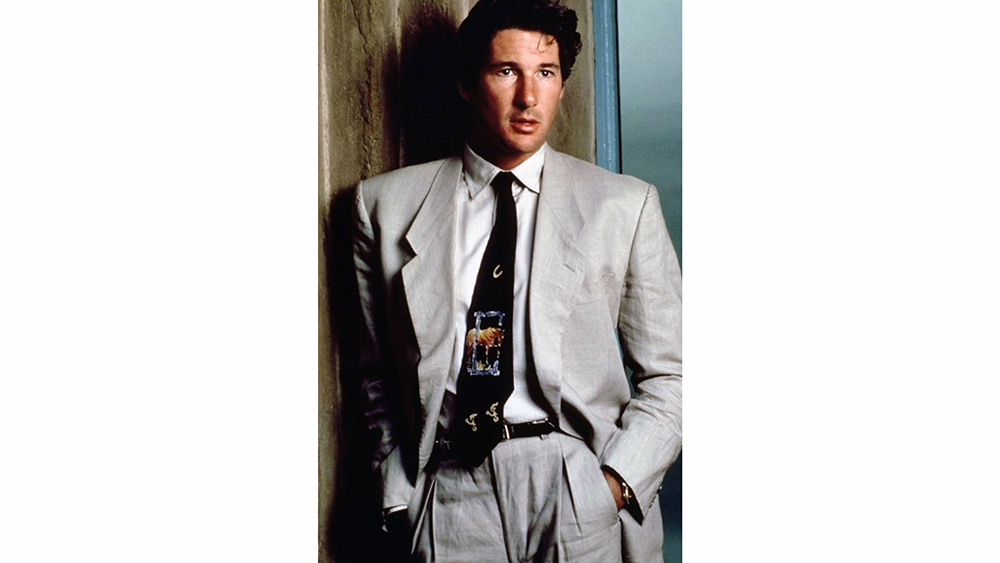 “He loosened up tailoring, got rid of this very high armhole, the stiffness of English tailoring, and substituted it with this new vocabulary of soft, fluid tailoring that’s comfortable,” says author Simon Doonan, who, while working at LA’s Maxfield when the Gigolo look took off, sold Armani to the likes of Jack Nicholson and Harry Dean Stanton.

Of the current Armani renaissance, Doonan says, “He’s always waiting in the wings to signify subtlety and restraint and simplicity.” Essentially, an antidote to the more-is-more bravado that’s dominated men’s fashion in recent years. Culturally, we may be worlds away from the unabashed material excesses of the ’80s, but in terms of style the era’s silhouette is ideally suited to work-from-anywhere dress codes free from fuss or stuffiness, with the unconstricting comfort of sweats but still managing to look polished.

Last spring, Mr Porter tapped Armani to reprise some of his ’80s greatest hits: unconstructed suits, swaggering coats and silky shirts in 50 shades of greige. And judging by the slouchy silhouettes and dusty colour palette seen in the autumn collections from Ermenegildo Zegna, Brioni, Berluti and many others, it appears that Armani’s breed of ease featured on more than a few mood boards. 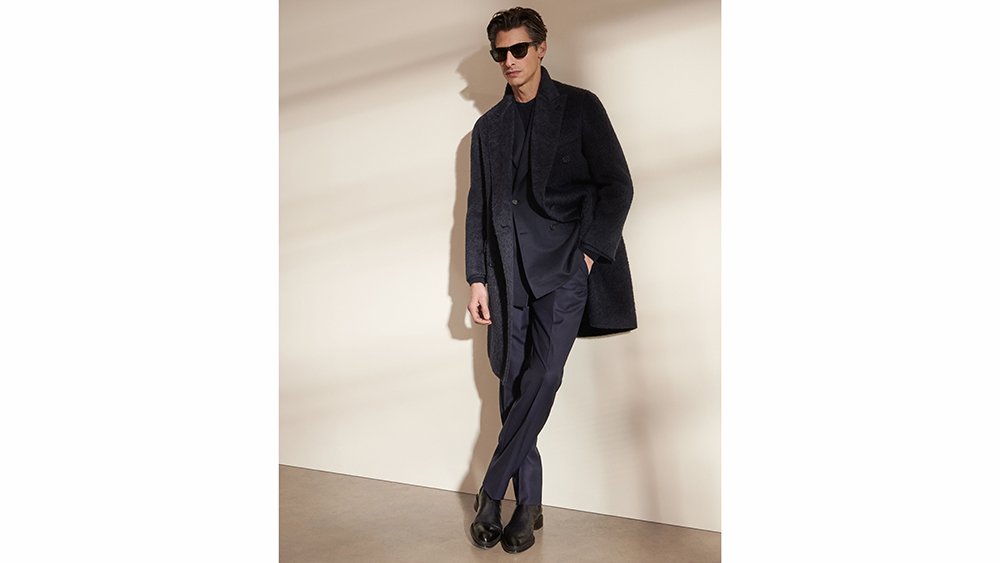 “There was an elegance, an effortlessness and a comfortability from that era we’re naturally drawn to,” says Fear of God’s Jerry Lorenzo, who cites Miami Vice and Johnny Depp circa 21 Jump Street as references for his autumn lineup of roomy jackets and wide-legged trousers casually combined with sportswear and well-worn denim.

Lorenzo’s collection includes several riffs on one of the decade’s more anachronistic designs, the four-button double-breasted blazer, but styled more like outerwear than a piece of formal suiting. Similarly relaxed DBs have turned up at the likes of Drake’s and Kiton, proving that the style’s lower gorge and substantial lapels feel inherently laid-back, even when paired with a dress shirt. 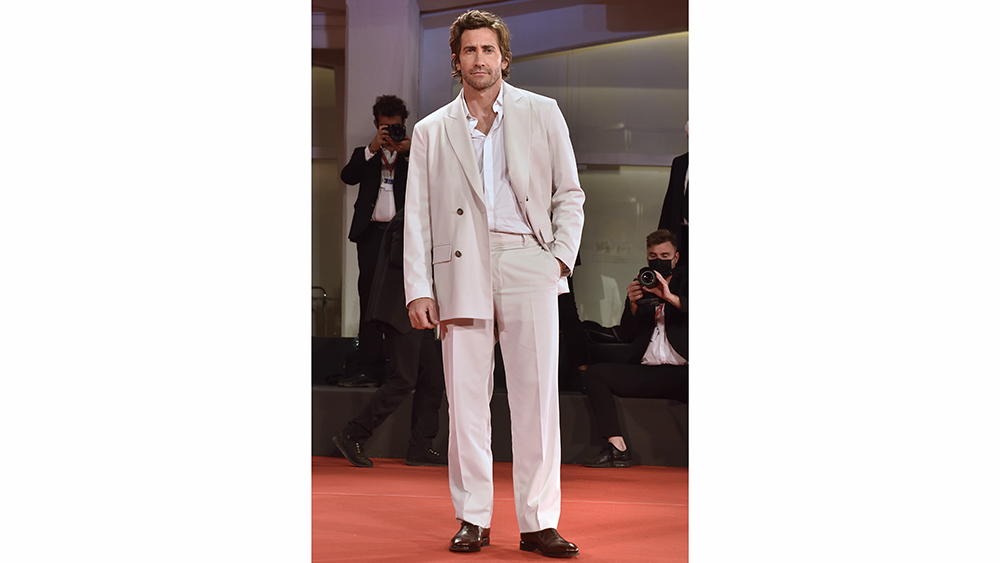 Others, like Zegna, largely ditched suit jackets altogether, opting for blousons or that other ’80s favourite, bombers, teamed with full-cut trousers in matching fabrics. Worn with monochromatic shirts sans tie, these non-suits deftly toe the line between on duty and off—and, when broken out as individual garments, offer even more versatility. That may be why this season’s homage to the ’80s feels less like costume and more like a considered reassessment of the era’s sartorial contributions.

“Fashion has its waves,” Lorenzo says, “but a loose-fitting, comfortable and sophisticated proposition is always welcomed.”