Subscribing to the blue-dial trend just got even more irresistible.

It’s official: in the world of haute horology, blue is the new… well, blue. The colour associated with sky, sea and, in various cultures, trust, loyalty, wisdom, confidence, intelligence, faith, truth and heaven is still enjoying its ride at the crest of the zeitgeist when it comes to the dials being designed by major watchmaking houses – and the cool-connotations hue doesn’t look set to climb down any time soon.

Especially now, what with two new pieces from Blancpain set to seriously enrich the canon: midnight blue-dial versions, with 40mm, 18K rose gold cases, of the Villeret Ultraplate and Villeret Quantième Complet (if you weren’t aware already, the Villeret line is named after the town in which Blancpain was founded in 1735, and is characterised by the purity of the lines and the technical sophistication of the house’s manufacture-made movements).

The Villeret Quantième Complet model’s dial has discreet apertures displaying the day of the week and the month at 12 o’clock, a calendar with a serpentine hand and a moon-phase display positioned at 6 o’clock. It’s equipped with patented under-lug correctors, meaning all the display data can be adjusted at the press of a finger, making a cumbersome pusher tool redundant. Its driving force is Blancpain’s self-winding Caliber 6654.P, which is composed of 321 total components (including 28 jewels and a decorative solid gold rotor) and packs a 72-hour power reserve. 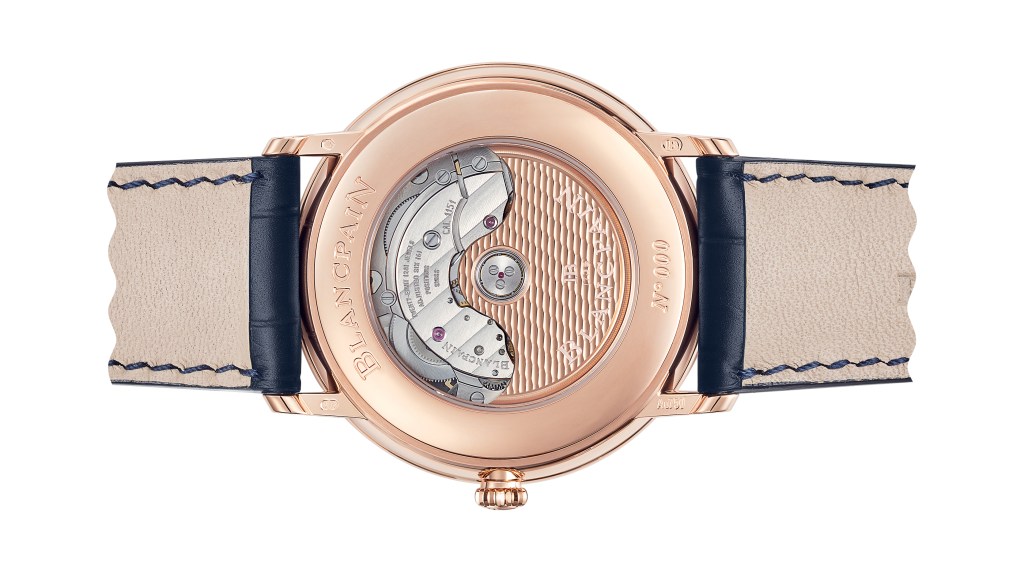 More of an exercise in simple classicism, the Ultraplate packs all the traits of the original Villeret models introduced by Blancpain in the 1980s: think thin, softly rounded, double-stepped bezel; Roman numerals at each hour marker; hour and minute hands that call to mind cut-out sage leaves; and a seconds hand which pays tribute to the house’s founder, Jehan-Jacques Blancpain, with the initials ‘JB’. This model’s beating heart is the self-winding movement 1151, which ensures a four-day power reserve thanks to the use of two series-coupled barrels and high-performance springs.

The inner intricacies of both the Villeret Quantième Complet and Villeret Ultraplate watches – including carefully executed decorations such as the Côtes de Genève motif adorning the bridges and the honeycomb pattern that can be admired on the red gold oscillating weights – are visible through sapphire crystal case-backs. 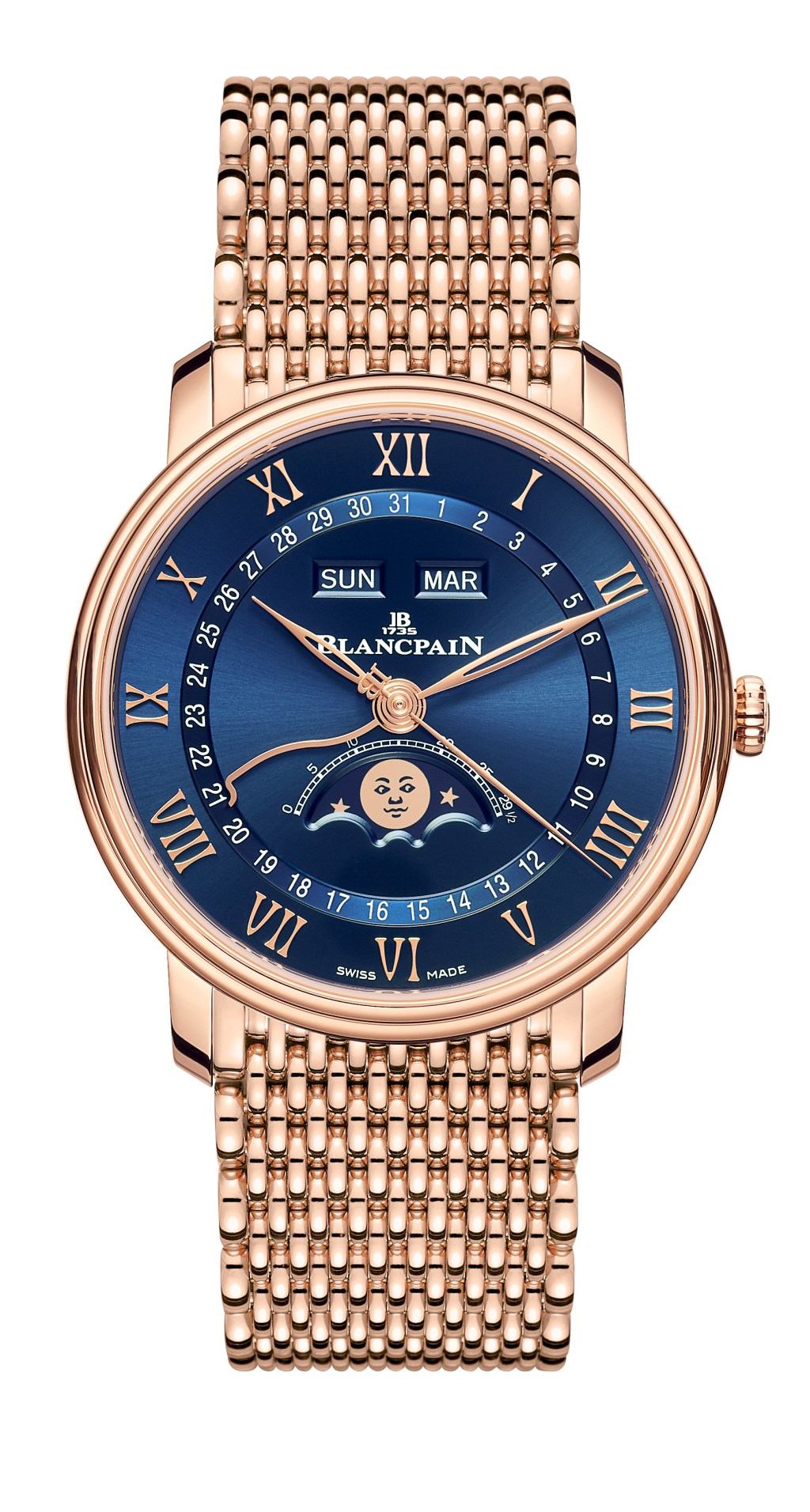