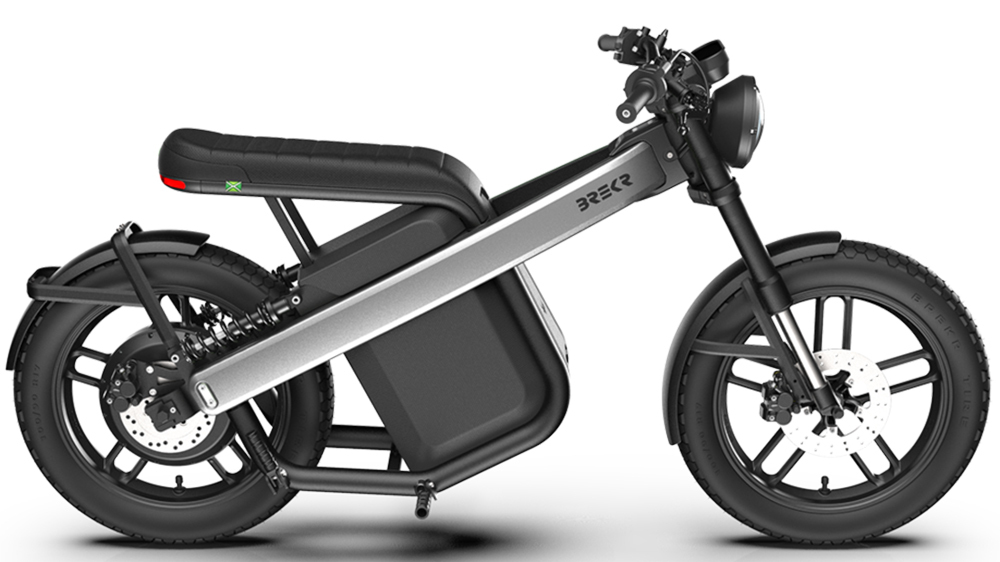 The sleek electric bike has an 80km range that can be doubled with an extra battery pack.

There seems to be two schools of thought when it comes to electric motorcycle design: Either a bike needs to look indistinguishable from a classic motorcycle or like it was stolen from the set of a cyberpunk movie. But Brekr’s newest e-bike, the Model B, combines the best of both approaches.

The Netherland-based startup’s new electric motorcycle is certainly one of the most memorable we’ve seen, with a sleek design that takes minimalism to new levels. It almost looks like a futuristic café racer that’s been trimmed of every single unnecessary design component.

The Model B’s frame is about as simple as it gets; the frame looks like little more than a strip of aluminium that links the bike’s front fork to its rear wheel and seat. The result is a silhouette that almost looks like a stick drawing of a motorcycle. If a design element isn’t functional, it appears to have been left off the Model B.

But while Brekr’s bike may be a real looker, its performance isn’t too shabby either. Made with city riding in mind, the Model B can reach an electronically limited top speed of 48km/h, more than enough to get you where you need to go quickly. It’s also got a range of 80 kilometres, thanks to its 1.9 kWh battery pack, although another pack can be added to double that figure. Removable battery packs also eliminate the need to track down a charging station, since they can be charged in your home or office.

Other features include an easy-to-maintain hub-mounted motor free of belts or chains, and front and rear suspension and disc brakes. Brekr also has a mobile app you can use to track of the bike’s performance or locate it when you’ve forgotten where you parked.

Compared to the other electric motorcycles, the Model B is a bit of a steal, too. Requiring only $10 to reserve, the bike costs just US$4340 (around A$6330), with deliveries set to begin next spring.