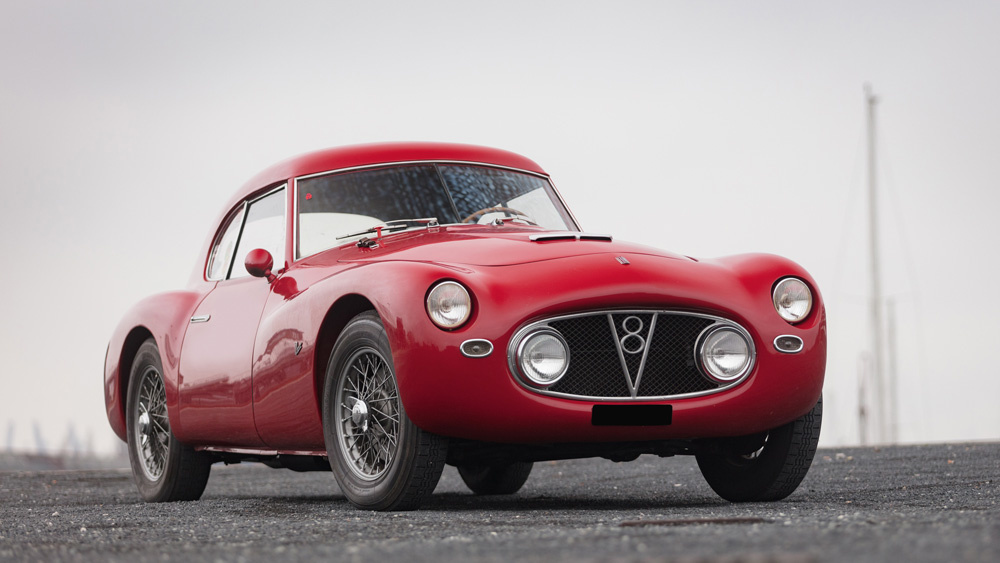 With a body designed by Fabio Luigi Rapi, it is one of only 16 examples believed to exist.

Ferrari. Maserati. Fiat. Wait, Fiat? Those marques aren’t normally mentioned in the same breath, but the Fiat Otto Vu, a bona fide racing machine, earns its place alongside those vaunted names. Artcurial will offer a 1953 Fiat Otto Vu Tipo 106 Sport Berlinetta in its October 27 auction in Paris. It could sell for €1.1 million to €1.3 million, or about A$1.7 million to $2.1 million.

This 1953 collector-car features its original body, engine and chassis. Photo: Courtesy of Artcurial.

In the early 1950s, the powers that be at Fiat wanted to show the world they could compete against Ferrari and Maserati on the racetrack—specifically, in the 2-litre engine category. Fabio Luigi Rapi, Fiat’s chief designer, developed the car’s stunning chassis with the help of a wind tunnel. Light and nimble, it achieved speeds in excess of 200 kilometres an hour. Dante Giacosa created its all-aluminium engine by joining two four-cylinder engine blocks, creating a 70-degree angle between the cylinder banks. Fiat dubbed the car the “8V” over worries that Ford might have trademarked the term “V8”. The impressive machine soon became known as the “Otto Vu.”

The Otto Vu did what it was built to do, and it won the 1954 Italian Championship in the 2-litre class. But after Fiat built 114 examples, the company ran out of money and had to abandon its racing dreams. This particular Otto Vu lets collectors have their cake and eat it, too: It basks in the car’s racing history, but was never subjected to the dangers of the track

Fiat built 114 examples of this model. Photo: Courtesy of Artcurial.

“Many were lost, destroyed, crashed,” says Matthieu Lamoure, managing director of Artcurial Motorcars, explaining that of the 34 Rapi-bodied cars that were built, maybe 16 survive. “This one is still with its original body, engine, and chassis. And we have the full history of the car, which is very important.”