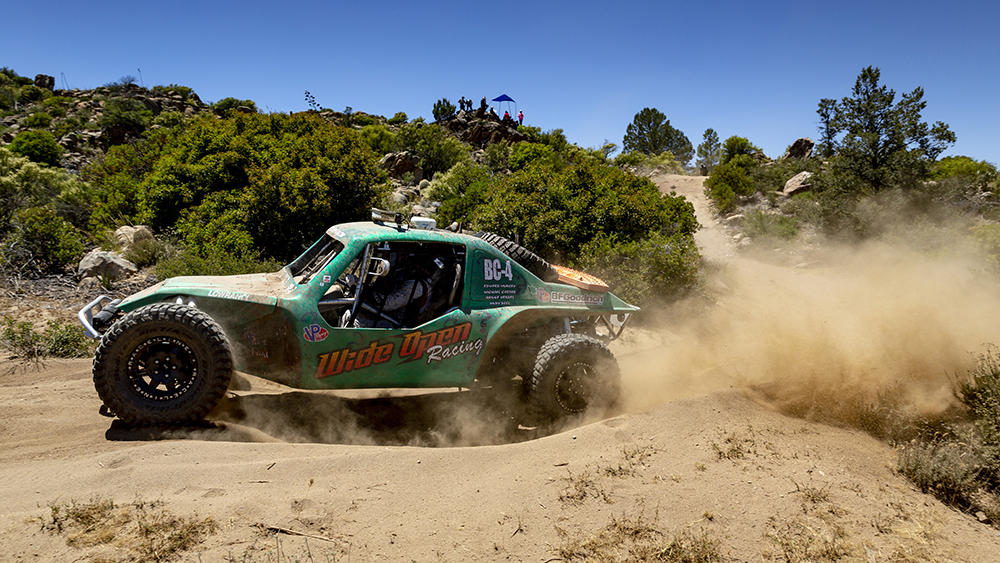 All you need is an adventurous spirit and they’ll take care of the rest.

From November 19 to 24, the Baja 1000 will call racers from around the world with its siren song of studded tires bashing over sand, boulders attacking suspension and the wailing four-stroke howl of throttles pinned to the floor as purpose-built off-roaders go screaming across 1200 kilometres of desolate Mexican landscape in search of endurance-racing glory.

First run in 1967, the Baja 1000 has attracted a who’s who of motorsport enthusiasts—including hard-core Hollywood dust-chasers like Steve McQueen, James Garner and Paul Newman—because of, not despite, the hardship. But if you want to test your mettle without the prep time, cost or customs hassle of entering your own vehicle, Wide Open Baja has your all-inclusive ticket.

“The experience is designed to make real racing accessible to those who  have the passion but no time to develop their own program,” says Robert Ward, general manager of the Nevada-based outfitter, which also offers multiday  trips throughout the year. “It’s a  turnkey solution providing everything from high-performance equipment to detailed logistics. Anyone who wants to compete in the Baja 1000 with us just needs enthusiasm, determination and an adventurous spirit, plus a small amount of basic driving ability, and we’ll take care of the rest.”

A Baja endurance racer circa 1972. Getty

As we can attest following a 320-kilometre foray into the Baja Peninsula with Ward’s team, the “rest” comprises a Baja Challenge race vehicle (with a Weddle four-speed manual transmission and a top speed of 150km/h) plus three replacement cars and a support staff, including mechanics. The latter proved invaluable when one team in our group busted an axle; they were back in action by the end of a water break.

Entry fees, fuel, dining and lodging for up to six participants are also covered for around A$120,000, and with Wide Open’s 99 per cent finish rate, far above the race average, it seems that completing one of the world’s most legendary races before the 34-hour cutoff is also part of the package.