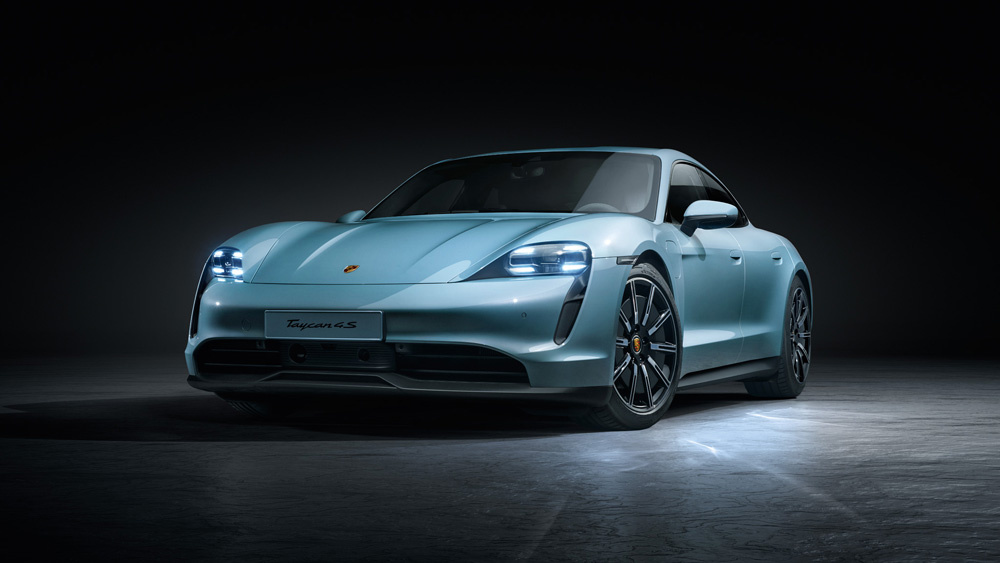 The latest variant may come in at a lower cost, but there’s no skimping on performance.

If Porsche’s recent debut of its range-topping foray into electric vehicles—the 2020 Taycan Turbo S—caused you to swoon at both the package (slippery looks resulting in a 0.22 coefficient of drag and zero-to-100km/h sprint in 2.6 seconds) and the price starting at US$185,000, there’s a new addition to the family worth greeting.

The storied German automaker has just introduced the Taycan 4S, which comes wrapped in the same svelte bodywork and starts at US$103,000, putting it more in line with a solidly equipped Tesla Model S, arguably at the moment this sports sedan’s main competitor as recent online videos of Nürburgring lap duels attest.

But while the Taycan 4S is close to half the price of its upscale brother, it doesn’t appear to be half the car. The base price model comes standard with a Performance Battery, which delivers the EV equivalent of up to 390kW, while the Performance Battery Plus is good for 420kW and bumps the starting price up to US$110,380. Both batteries will propel the Taycan 4S to 100km/h in 3.8 seconds and are capable of a top speed of 250km/h.

It’s estimated that the Taycan 4S will replenish from 5 per cent to 80 per cent battery charge in 22 minutes. Photo: Courtesy of Porsche AG.

Standard on the Taycan 4S is something Porsche calls its 4D Chassis Control system, which in real-time assesses all chassis systems in order to provide the optimal road-gripping ride. Braking on this electric Porsche will largely come from the regenerative variety, wherein simply lifting off the throttle will cause the vehicle to begin slowing and add electric charge back into its system. And while the Taycan Turbo S comes with the company’s grippy carbon-ceramic brakes, the Taycan 4S follows in line with the Turbo, featuring steel rotors with six-piston callipers (down from 10 pistons on the Turbo). The rears of all Taycans wear 4-piston callipers.

Charging the Taycan 4S happens fast when plugged into available 800-volt high-speed DC stations. Porsche estimates that going from 5 per cent to 80 per cent of full will take around 22 minutes.

Inside, the Taycan comes with a partial leather interior as well as eight-way adjustable seats, although the company notes that this is the first of its models to also offer a leather-free/vegan option. Outside, Porsche has made a few tweaks to ensure that the Taycan 4S can be distinguished from its Turbo siblings without looking at the rear deck badging. Those styling cues include unique 19-inch Aero wheels and brake callipers painted in red. The front fascia also features new geometry while the side skirts and rear diffuser have black touches.

The Taycan 4S comes with the option of a leather-free interior. Photo: Courtesy of Porsche AG.

Those stylistic changes aside, there’s little doubt Taycan drivers of all stripes will make a statement as they roll up to their destinations in silence. With the Taycan and its variants, it seems the marque has gone back-to-the-future. After all, Ferdinand Porsche developed an electric vehicle—now referred to as the Porsche P1—in 1898.