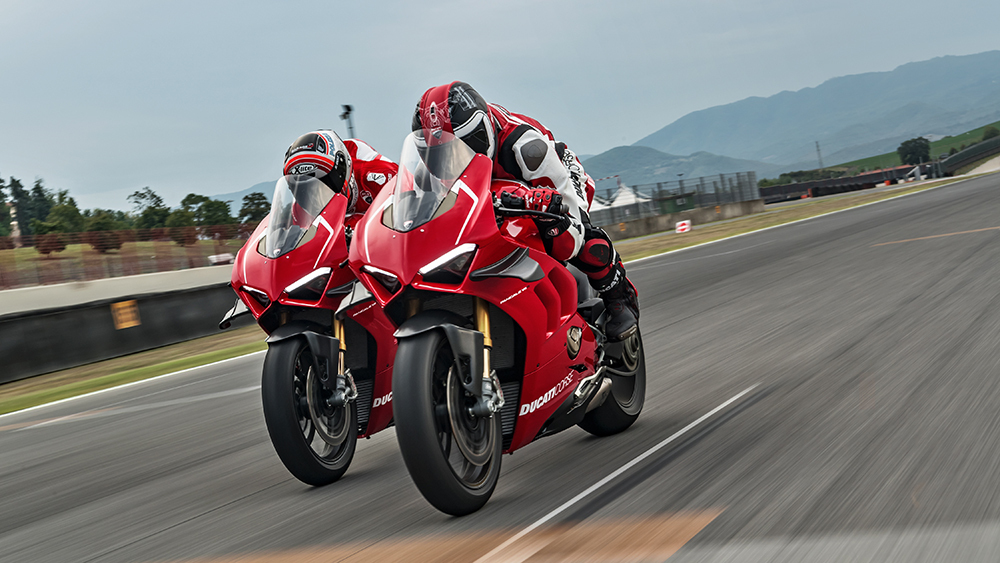 Curtiss Motorcycles’ Zeus Radial V8 produces an estimated 161kW from its YASA-designed electric motor, but there are a few internal-combustion-engine bikes that also pack plenty of heat.

Check out four such gutsy hogs below.


British sports-car company Ariel uses the stout 129kW Honda VFR1200 V-4 wrapped in an avant-garde tubular chassis and girder fork design. One for the oddballs and a fine example of British engineering.


The 150kW Ninja ZX-10RR is the company’s special race-approved model. The bike is understated compared to the Ducati V4 R, but it’s easily the best Japanese sportbike when converted to race trim.


The Super Duke boasts 130kW, but it’s the 141Nm of torque that gets everyone talking. It’s a bike that Optimus Prime would ride and a machine everyone needs to try at least once.


Ducati claims 174kW for the Panigale V4 R. In an industry first, the V4 R is so powerful that the World Superbike race version has a lower rev limit than the production bike.